Home Starbase How to Refill Your Propellant Tanks

How to Refill Your Propellant Tanks

Starbase is a game where you have to do most things manually.

As such you also have to top up your "gas" tank every once in a while with propellant.

But how to do it is not explained in the current tutorial and there are more ways than one to do so.

So I try to explain different methods to refill your propellant tanks and give a short overview over their Pros and Cons. 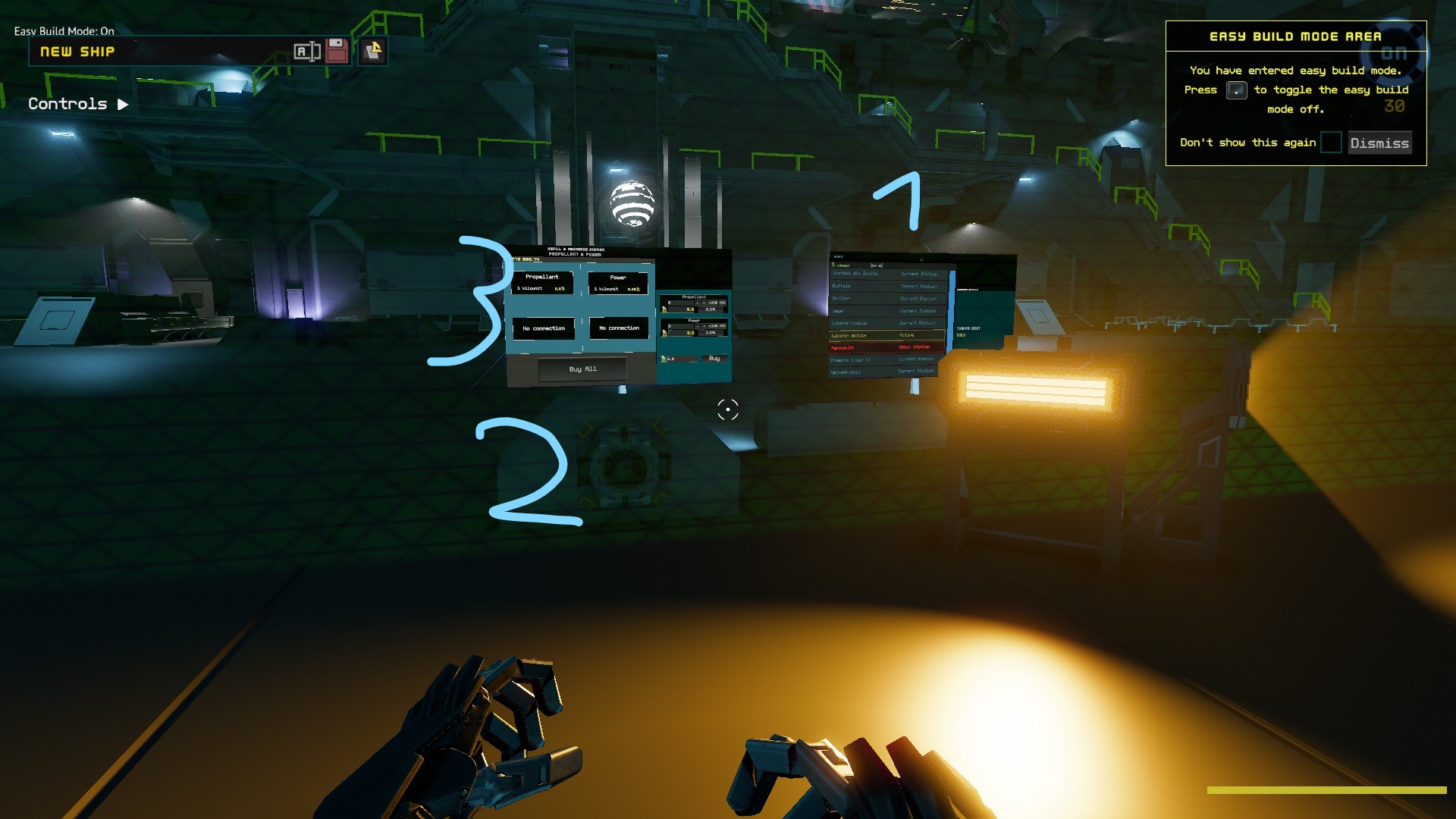 On the Origin Stations exist multiple places with the following setup:

1) A Terminal to spawn your ship from

2) A Resource Bridge to connect your ship to

3) A Terminal to buy propellant or energy (electricity) from

Here you can always buy as much propellant as you can fit, but the steps to do so are not clear.

The first guess, that you only need to spawn your ship and use the terminal to buy the propellant, does not work.

Just connect them and you are ready to fill the connected tanks up.

This Setup is spread around the Origin stations and can be found at:

and without the spawn terminal:

I advise to have a look at the "Map of Origin" guide, as it shows where they are better than I could.

+No need for tools

+Simple, as the device fields of the resource bridge don't matter

+No Crafting required (and as such no Research)

+Can refill any tank

-Most likely the most expensive option (compared to Ice) with 1568.16 Creds for the equivalent of 1 stack Ice turned into propellant (1,728,000 propellant)

-Only exists on built up developer stations

This method is straightforward:

replace it with a full tank

and bolt the new tank.

This requires you to either buy the tank from the auction house, or craft it (which requires that you have the research unlocked and a sufficiently upgraded basic crafting bench) and is therefor dependend on your research level as to how effective it is over the long run as there might not be any stable supply for ready build propellant tanks.

But it is tied for the cheapest as long as auctioned Ice is cheaper than the 1568.16 credits per stack (and you only change empty tanks), as the Refill recipe only requires Ice.

One thing to note is that not every ship has easy access to the propellant tanks.

And some tanks clip with pipes such that when they are removed the pipe snaps, which might disconnect the support.

+Cheap (depending on Ice Price)

-Research intensive as each tank-size needs its own research

-Might lose some propellant when refilling not fully emptied

The last option is to pump from one network to another.

But those still require the use of one of the other two methods to resupply the network, but has the advantage that it can be used without deconstructing the ship.

The requirement is to have two distinct pipe networks, two resource bridges (to connect to each other) and to set up their device fields to FlowOut/FlowIn 1/0 and 0/1 depending on where the propellant has to flow in.

And since you can make this in 5 or fewer parts (Resource Bridge, Hardpoint, Support, Tank) you can carry a basic setup in your inventory

One thing to note is that the resource bridge can support 50.000 Propellant every second or two. That's why this is the slowest method.

+No tools required (unless refill needed)

+Location does not matter

+Can refill any tank

-Can only redistribute, not add to the propellant total

I hope I could at least introduce the three refill methods I know.

Should anything be unclear don't be afraid to ask.

I wish you a pleasant time in Starbase.