The Mastery of Trolling 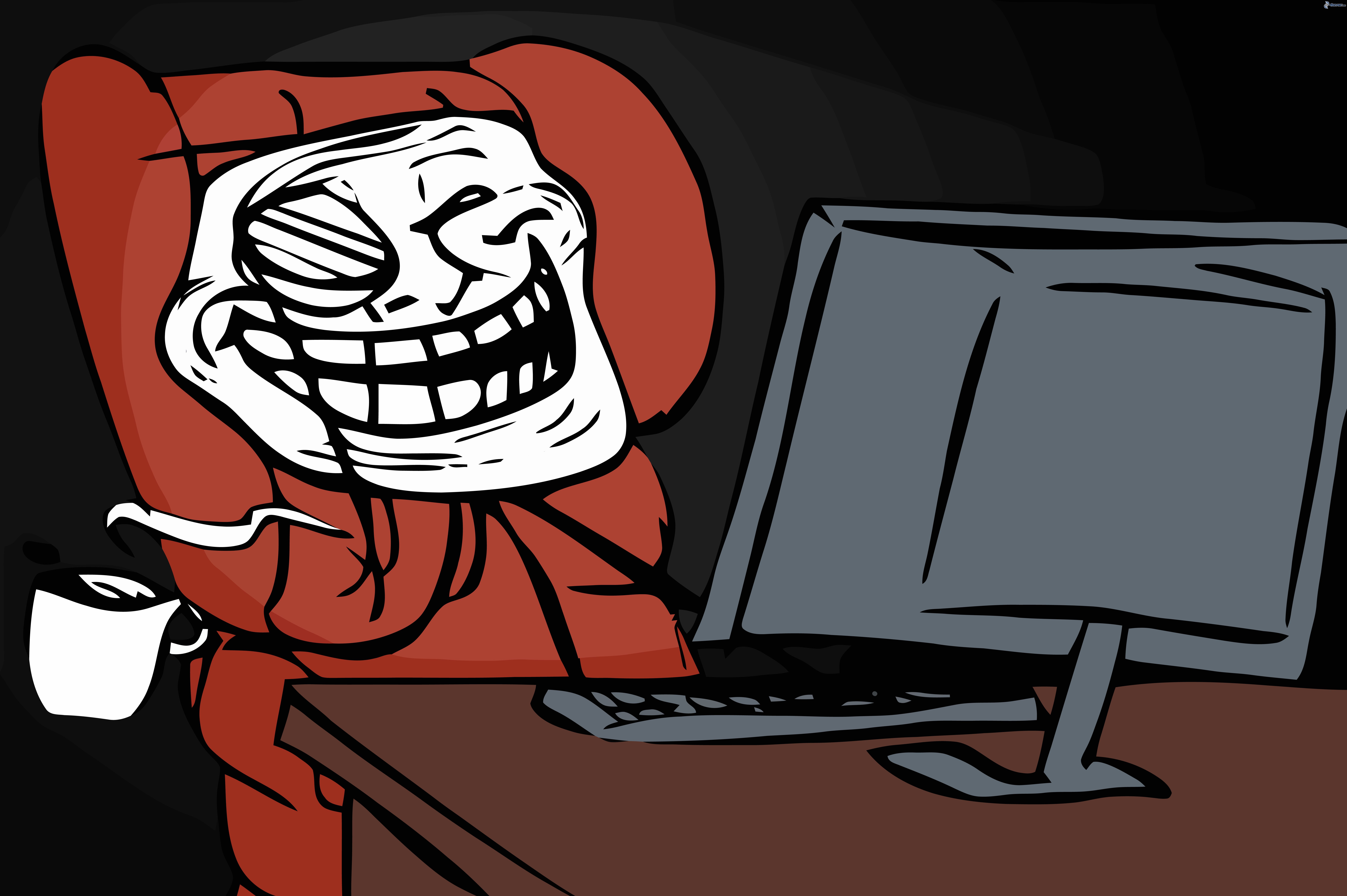 Hello, travelers of Eorzea. Wether you have arrived here on purpose or not, it doesn't matter, here I will teach you basic gameplay trolling techniques of FINAL FANTASY 14

Well, you must answer this question on your own. Personally me, sometimes I just want to spark a little flame in someone's butt. All trolling methods I present here do not need you to talk other people into a fight or else, only gameplay featuring trolling.

First, let's set what could be the outcomes of trolling

-Being kicked out from party and therefore duty

-Being talked about in party chat or even directly assaulted

The culmination of your trolling varies from party to party, as some people will try to kick you straight away from the start and others might not notice your efforts for the entire duty at all. It is all based on your luck(or bad luck lol).

What types of trolling there are?

Softtrolling is easier both in doing it and accepting it morally, but it as well comes with a chance of not being spotted or talked to at all. Being unnoticed makes your troll run futile in most cases, unless it is a prolonging run.

Hardtrolling is much easier to spot but you could be excluded from party from the very beginning or even before the start which is not very good.

There are several types of softtrolling depending on your job

If you are a healer, you are as well excpected to deal damage, especially on high tier duties. But, if we take into notion that all doctors swear hyppocratic oath, healers must be prohibited from dealing damage at all. Strategy is simple: do not use any attack skills, even mid hard fight or even when additional damage is required - you are a healer, how can you harm living things? If being asked why are you not dpsing just answer that you have sworn the hypporatic oath.

Do not draw cards playing as AST and do not summon pets playing as SCH. You can handle the situation pretty much on your own!

Imagine that you have become a Lineage 2 mob killing bot - your only action is autoattack and none others are available to your disposal. Strategy is simple: do not press any buttons. Your only action is right click on mobs and watch as your character does nearly zero damage. Do it even in bossfights in order to maximally prolong duty completion time. If you are magic dps then use your lowest damage skill available with an interval of 2.5 seconds between attacks(roughly of course).

Playing as a dps, pretend to be stupid and step into almost every aoe possible in order to be always low hp and not to die(but if you want you can just die frequent enough). In bossfights stand in front of the boss to get into his coned aoes. When you feel like dying, run away from heals as far as possible in order to not being able to get healing. Always remain low hp for heals to constantly drop attention from tanks onto you. If you are dying, try to do it in a place where you can not be reached or fall into oblivion if there are any edges on the map.

Fail rotations and deal as low damage as it is possible. This is variant for those who think bot type trolling is boring. Also removes any eyes from you, who in other case would have spotted the lack of you pressing buttons. Only goes good if you want to prolong duty completion or if your group has a dude with dps checker.

You are a damage dealing dreadful archer! Not some silly childish singer! Do not use your songs and attack only by arrows, you are a 13th century english longbowman, not a ♥♥♥♥♥♥♥ eurovision artist afterall.

If you are a summoner, you have a rare trolling possibility. Do not summon egi at all and deny damage dealing as a social construct, now, you are a professional healer. Do not press any damage buttons, only healing ones and raise. On questions asked answer the same thing for healers.

Playing as a tank, you are the marker and the beacon for the party. Everyone follows you and can not go other way. Use this fact to visit EVERY area of the duty and fight EVERY mob on the location. Sometimes stand in the open to wonder about direction, after some thinking choose the wrong path anyway and, if you want, excuse for being nooby in chat.

Simple as the name suggests, do not use ogcds, even on the verge of imminent death. You will be hated but tolerated still. On questions about ogcds answer that you did not get used to the skills timing yet.

This is quite quirky but has more feedback from your party than the softtrolling. But beware that for this kind of trolling you might easily get kicked out of party or even get reported.

Just remove your soul gem palying as a job that has difference before and after lvl 30, then enter any duty that is higher than lvl 50. But be ready to be kicked immidiatly or to get a lot of funny messages about your play style.

I'm my own master now

Healer usual type of playstyle is damaging the mobs and when tank or other people get to beyond 50%~25% hp they begin healing or after an aoe. From now on, your healingstyle is only when someone drops below 10%-5%. Keep your party in constant fear of death and remind them how strongly they are dependant on you to operate. Preaggro mobs on yourself even if your tank says against it. Do not use swiftcast before res or do not use res at all argumenting your decision about party wipe that "It was easier to wipe".

When party begins fight, wander off to somewhere, where you can not be seen. Because you are dps, at first lack of your presence will be not taken to heart but as duty progresses you will burn more and more nerves accordingly.

Stand in every aoe, get as much attention from mobs as possible. Die so much the healer will stop ressurecting you. Maximum pain you shall endure, through gates of hell you shall pass.

Take mt if this is 8+ duty(if you are not allowed to be mt, take aggro by yourself using stances and provocating mobs and boss) and fail miserably at tanking. Always face boss to your party and bring aoe attacking mobs closer to the party. If party members take mob aggro - ignore. Do everything to turn their lives into living hell.

Aggression is not my style

Do not turn on your stance, aggro mobs exclusively by aoe attacking. If questions asked - do not respond, otherwise you will have to turn it back on by explaining that you are a newbie or forgot to do it.

And that's all the techniques that are known to me. If you know more, send them into comment section. Stay trollmood and have fun!