Walkthrough for "Don't Touch The Balls"

This is a walkthrough for "Don't Touch The Balls".

Do not use the walkthrough unless you are totally stuck.

Consider playing a map with a friend - a fresh pair of eyes can notice something you've missed.

Hints are hidden in spoilers . Mouse over them to see the contents. 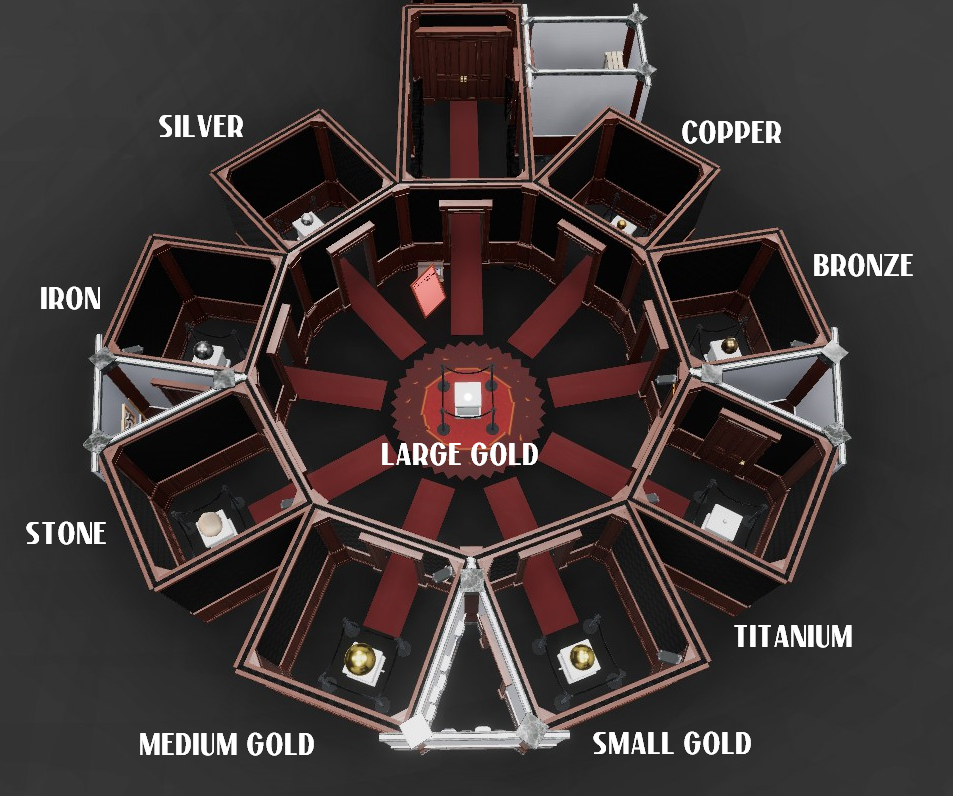 Its pedestal isn't bolted to the floor

Doing this is optional

There are two keys behind a glass

Press T to throw the ball

White key fell down. Pick up the black key

Open the room behind the titanium ball (it's the smallest one)

There is a digital lock behind the iron ball

Use magnet on the digital lock

Do Not Read Further If You Haven't Done Everything Mentioned Above!

The ball is heavy, but you can move it.

You cannot touch it, but you can touch something connected to it.

Use a magnet on the ball.

Pull the ball out of the room and pick it up

You cannot touch the ball, but you can touch any other shape

Use the hammer to break the ball

Look around the room

The camera is barely holding

Throw something at it

Throw a hammer or another ball

The pedestal has a crack

You can use a hammer

Use it from the side facing the wall behind the ball

This is the smallest and lightest ball

You can move it with a hit of a hammer

Look on the ceiling

To open the door you have to use brute force

To open the door you do not need the code

Use a hammer on the padlock

You can see eight boxes in the room, but there are nine cameras

One of the boxes is behind the door

Turn the switch off and pick up the ball

The camera in this room is near the floor

Its pedestal is empty

To open the storeroom you need white key

White key fell behind the cover after you broke the glass

Use a magnet on the key

Move it to the left, pick the key up and open the door next to you

Box has a lid with two circles on it. They are red and blue

Use magnet to open the box

Now you can put the balls there