Once you getting Oeyster from raw mana. You can create Pearls. Every Oeyster adds up more pearl production which ends up in completing everything faster.

There is a drowner contract for 2000 prestige points to make it permanent but before that it's also worthy for long runs.

or how to beat that mechanic afap w/o getting fooled:

only create red pearls + get blue! and red upgrades

Each pearl mechanic is the same except the production speed. Only the higher one affect the creation - each upgrade doubles the cost and the production of the lower one - also you get 10% more production for the pearl.

Means: Doubling creation always needs the same time + ramp up due 10% upgrade (every ~7-8th upgrade you make another duplication). The red pearl have the highest base initially + highest speed which outperform any other creation by far in the long run. Even when all had the same base, the production speed makes the difference.

Maybe it will get changed!? 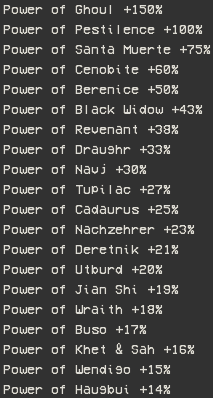 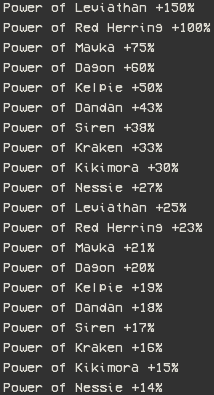 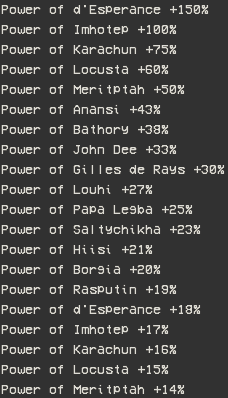 Enhancing a pearl will get you bonus for an unit in a faction beginning with the lowest one. Sea pearls enhance the power of all pearls for 10% with a maximum of 200% overall cause 20 is max (for all).

1000 pearls cost the first enhancement. The cost raise up 10x for the next and so on. So the cost for the last enhancement is 1e23.

Here are all the boosts for the factions maxed out in detail: