You will probably be at war instantly with Scotland. Manage to hold them back, conquer some of ther regions and put a priority to your money-making buildings.

Do Not Eliminate Scotland

Leave some regions to them in order Wallace to emerge and have some cities to sack in order to have the money for his bribery.

Be sure to have enough space for Wallace in your family tree. After the bribery, he will enter it. Every male member of the tree can have at max 4 children. So manage to have someone with 3 max.

Manage to reduce his army stack to just his unit or 2-3 units additional to his or the bribary cost will be too high. Do not kill him. Always leave him space to flee. Attack his other units from all flanks in order to eliminate them or broke them.

In order to have the money for his bribery, the easiest way is to sack some cities while eliminating Scotland.

You will need at least a 3 level diplomat with no negative traits for the bribery attempt. 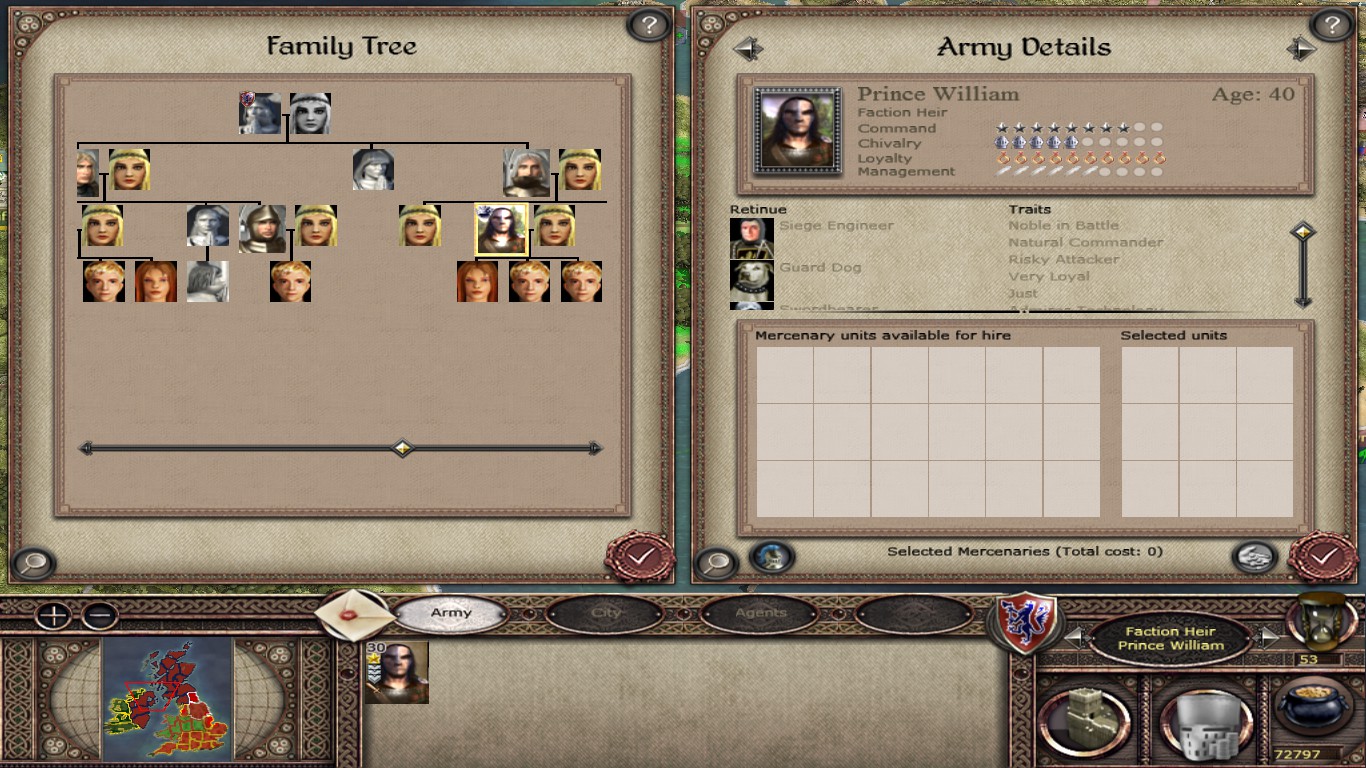 After destroying Scotland, Wallace becomes a rebel. Now you can either continue reducing his army stack or if you already done that, it's the time to bribe him and welcome him into your family. Kill the other family members and he will be your King. Also, Wallace does produce offspring, so no worries for that either.