You plropably have already played the tutorial, if not then do it already, thats the first thing you should do when starting this game, it shows you the basics gameplay of the game. If you have skipped the tutorial, you shouldn't be so worried, as I will help you get into the game anyway.

The game revolves around attacking and defending. To defend you simply need to put down some Monkeys or towers, in order to attack you will have to click or hold on the bloons sending tab. 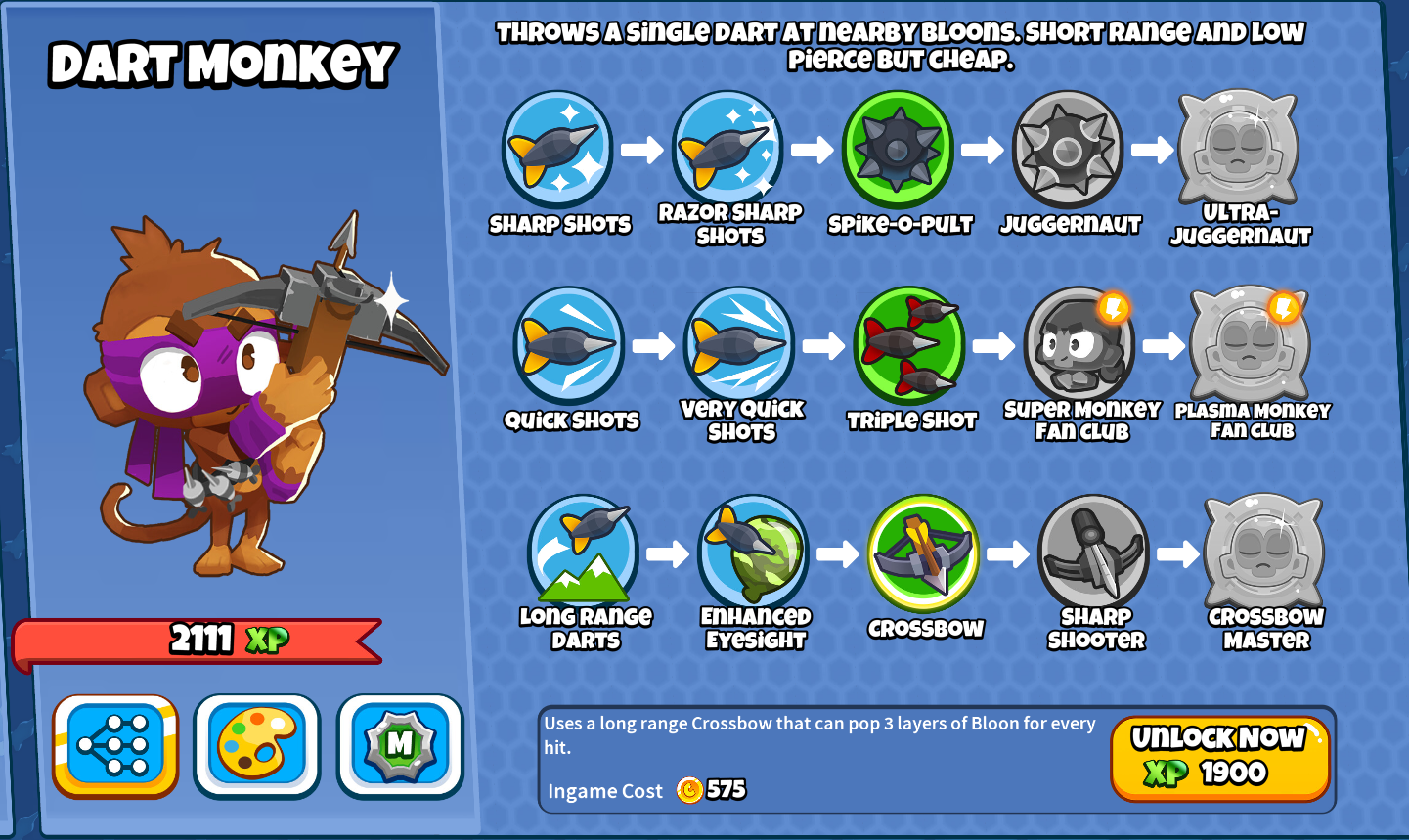 In this game, in order to get better upgrades for monkeys and towers you will need a lot of experience points. You can get experience by playing the game using any tower you want to get experience to.

After the game ends, you will get experience for towers/monkeys you used.

You won't get any experience for towers/monkeys you haven't placed in a game.

Later on you will have chance to spend your gained experience to unlock better upgrades for your towers/monkeys in a upgrade tree. 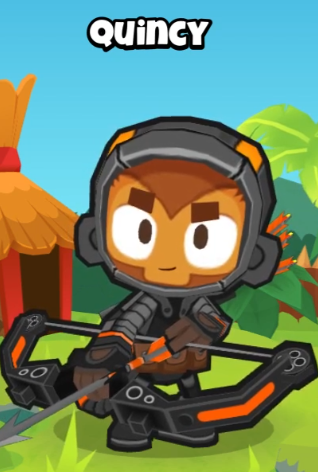 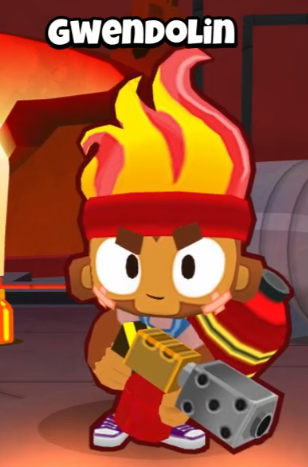 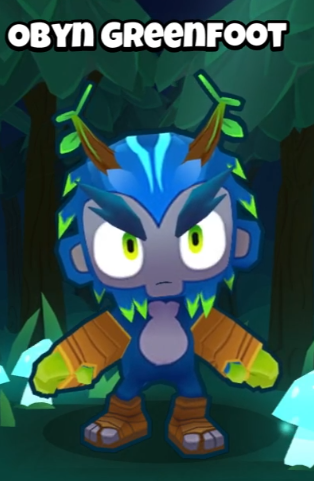 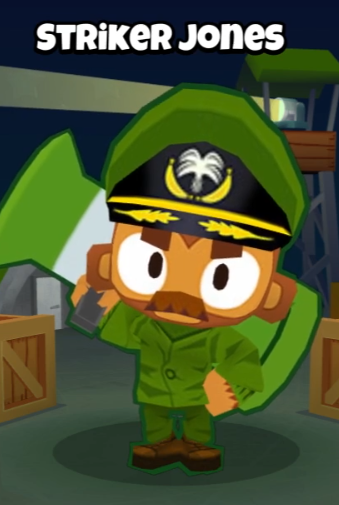 From the beginning you are granted 2 heroes, and , but in order to get more heroes you will have to spend some in game currency, wihich can be obtained from completing games or oppening chests.

Every hero has their own playstyle and different attributes.

Is great for begginers, as he works great in most of the situations, from level 1-4 he gets boosts to distance and he can attack more targets with just one arrow. From level 5 quincy gets the ability to detect and shoot camo bloons, then at level 7 he can destroy lead bloons using his exploding arrow which shoots every third atack.

works best with burning down large amounts of bloons, she can attack lead bloons since the first level, but she cannot detect any camo bloons! gets her first ability at level 3, her ability creates a small fire on the track which as bloons will try to go through will burn them.

is really good when you combine him with druids and magic monkeys, as they get additional damage against all bloons. Obyn can attack lead bloons, but he can't detect any camo bloons!. However Obyns "Brambles" (spiked bush) ability which he gets on level 3 can pop camo bloons.

also works good with large amounts of bloons as he's using a bazooka, his basic attacks explode damaging all nearby bloons. On level 3 he gets his powerful "Concussive Shell" ability which when used will shoot out a projectile leading to the strongest bloon on screen and then stunning it. Even though he's equiped with bazooka which has area damage, he can't pop camo bloons.

Each balloon is different from one another and every type of balloon has their own mechanic.

Popping balloons makes them go 1 layer lower untill they become red balloons, then they are gone.

We also have some special balloons which are not always so easy to destroy.

Camo bloons - Camo bloons appear invisible to most monkeys, and without certain upgrades will be impossible to pop.

Regrow bloons - After 3 seconds of being popped they will regenerate one layer untill they are back to their original form.

White bloons - They are immune to freezing, after popping they become Pink balloons

Black bloons - They are immune to explosion damage, after popping they become Pink balloons.

Lead bloons - They can't be popped with basic attacks such as normal darts.

Purple bloons - They can't be popped by magic, like fire or plasma.

Ceramic bloons - These bloons have a lot of health and they drop 2 rainbow bloons.

These bloons have a lot of health, and popping them might be really difficult.

At the moment of making this guide there are 11 different maps in Bloons TD Battles 2.

Green arrows show the path that normal bloons will follow.

Red arrows show the path that bloons sent by enemy will follow.

Most of the informations were taken from my own knowlege.

This dude helped me to record maps :)

Some of the pictures above were from wiki:

I don't think i made any mistake in this guide, but if you spot anything incorrect or you would want to see some more stuff added to this guide, let me know in the comment section below. Please don't judge me too much as it is my very first guide. Thank you :3.