Home Aliens: Fireteam Elite WANT SOME OF THIS?!

WANT SOME OF THIS?!

We Got The Powa (skills) 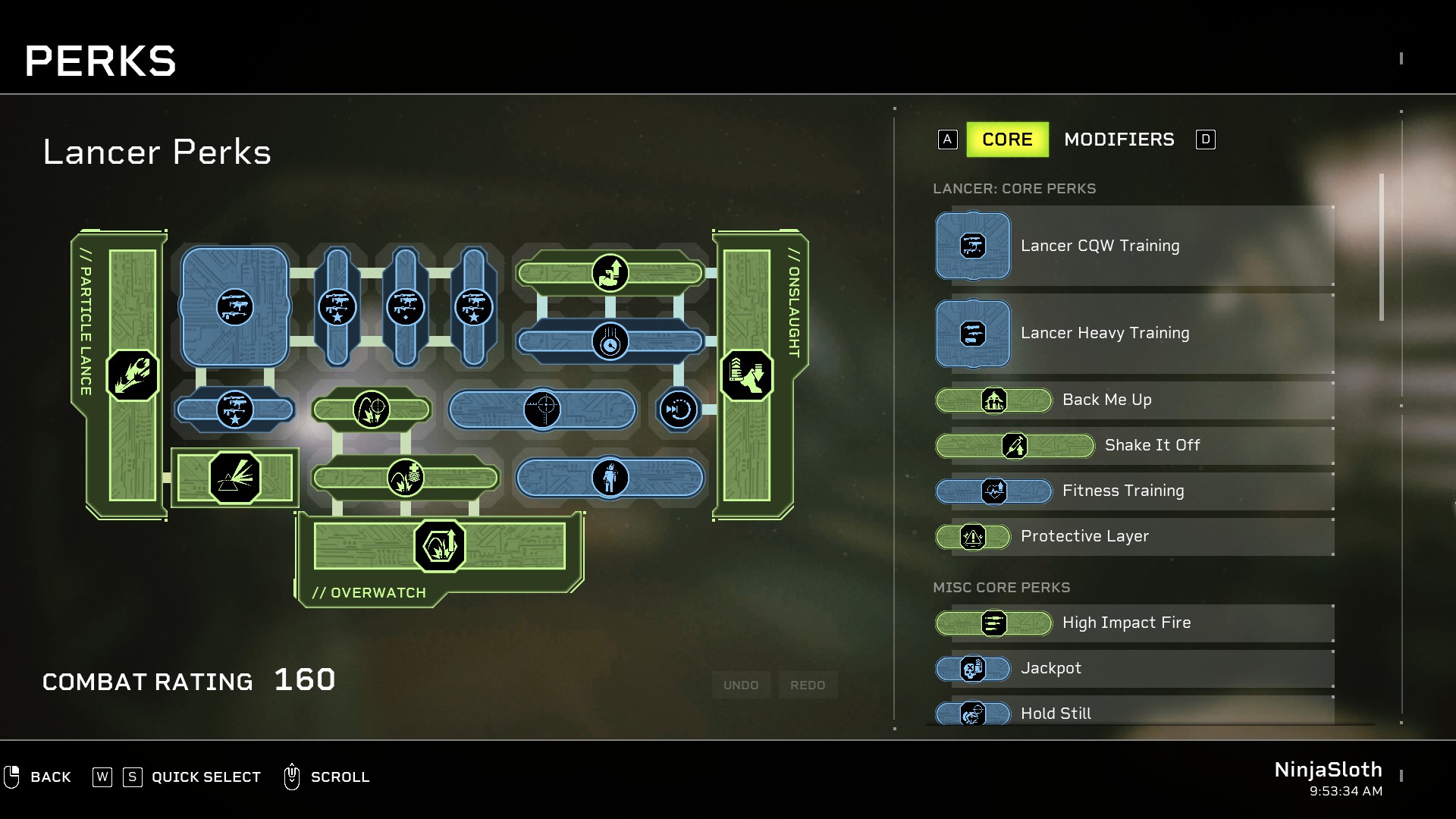 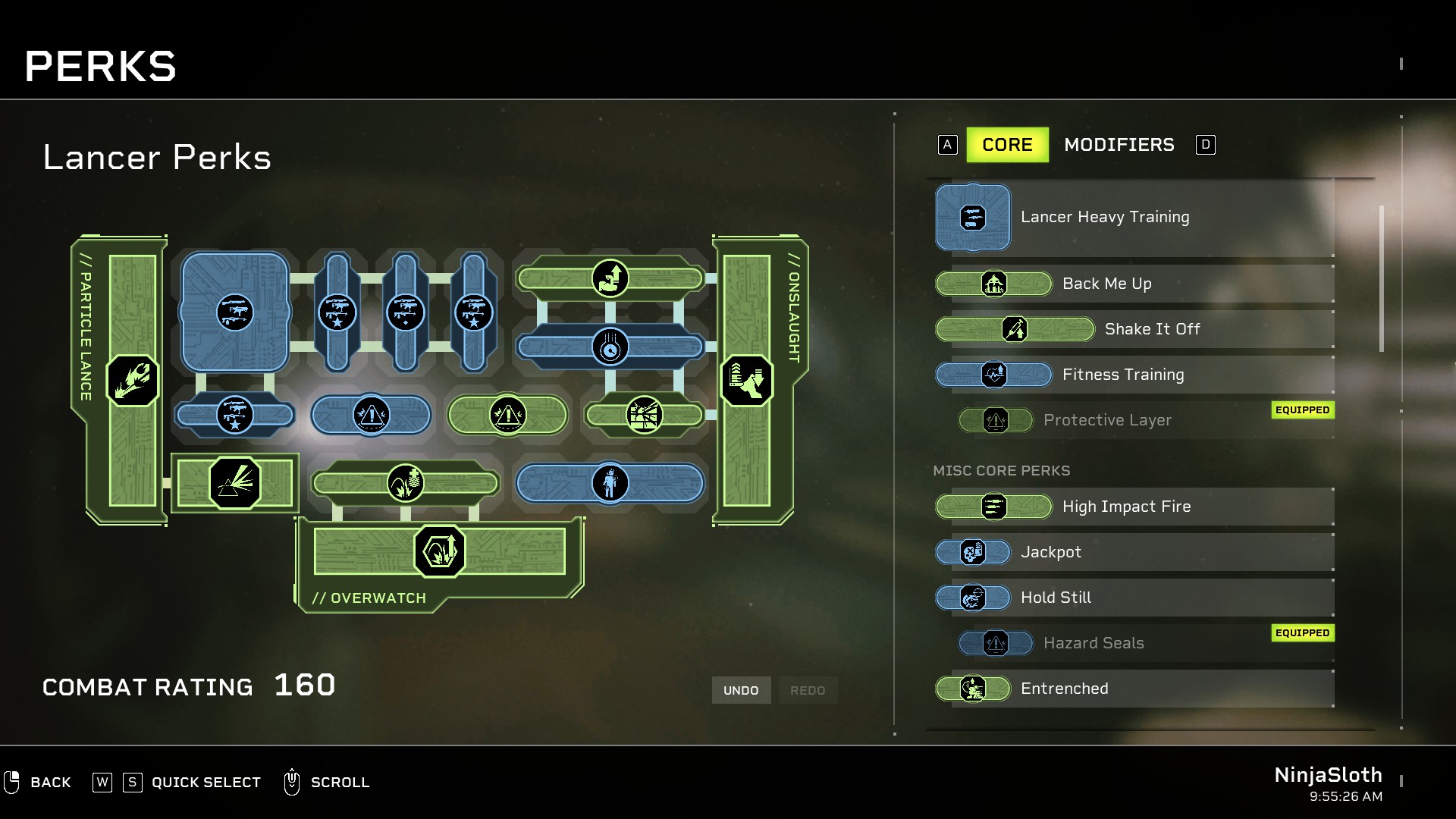 All our skill are for DPS or enabling DPS. We have geared our CQW weapon entirely for the sake of our Onslaught, ignoring anything to do with reload. This means during normal trash clear it will be sub optimal. To that end our heavy choice will the best option for trash clear when our Onslaught is down.

Onslaught This is our most important ability. It gives us *some* damage, and we will build to maximize it. Since the minus to fire rate is like all other stat modifiers, it is additive, the more Fire rate we get, the less impact it will have on our Total DPS, making the skill have a greater positive impact on our DPS. Tenacious gives more DPS, and Duration, and is the most efficient perk here. We will also run Recharge as the cooldown is quite long.

The biggest part is we auto reload during the duration. We can completely ignore reloading and focus on DPS with our gun of choice.

Particle Lance Particle waveThis turns our ability into a short range, large aoe stun that seems to last forever. Having such a long stun will be great for keeping those elites in place while you destroy them.

Overwatch Many peoples 3rd ability are pretty ignore-able, Lancers is not. This gives us 3% accuracy, stability, and damage per stack and is a large part of why we can do what we do.

We will be running Omniscience this increases our stacks by one, and more importantly makes it so you can move up to 3 seconds before losing single stack. This makes it easy to stay at full or nearly full stack in almost combat situation. Muscle memory Gives us a ton of Aim assist, which will help cover for out bad aim, and handling which will help us change out weapons and aim faster.

Technician CQW training Unfortunately there isn't a training that gives us WP or Fire rate for our CQW... This will give us the best boosts if we use our CQW outside of Onslaught Phalanx Training Gives us stumble which is good, and stability (which we won't need at all) so it is an OK alternative.

We have the 3 Fire Rate, and 1 WP damage Weapon perks, because those are the only stats that help Onslaught

Alternate We can build a bit tougher - particularly on the DLC where the white puddle of death await. 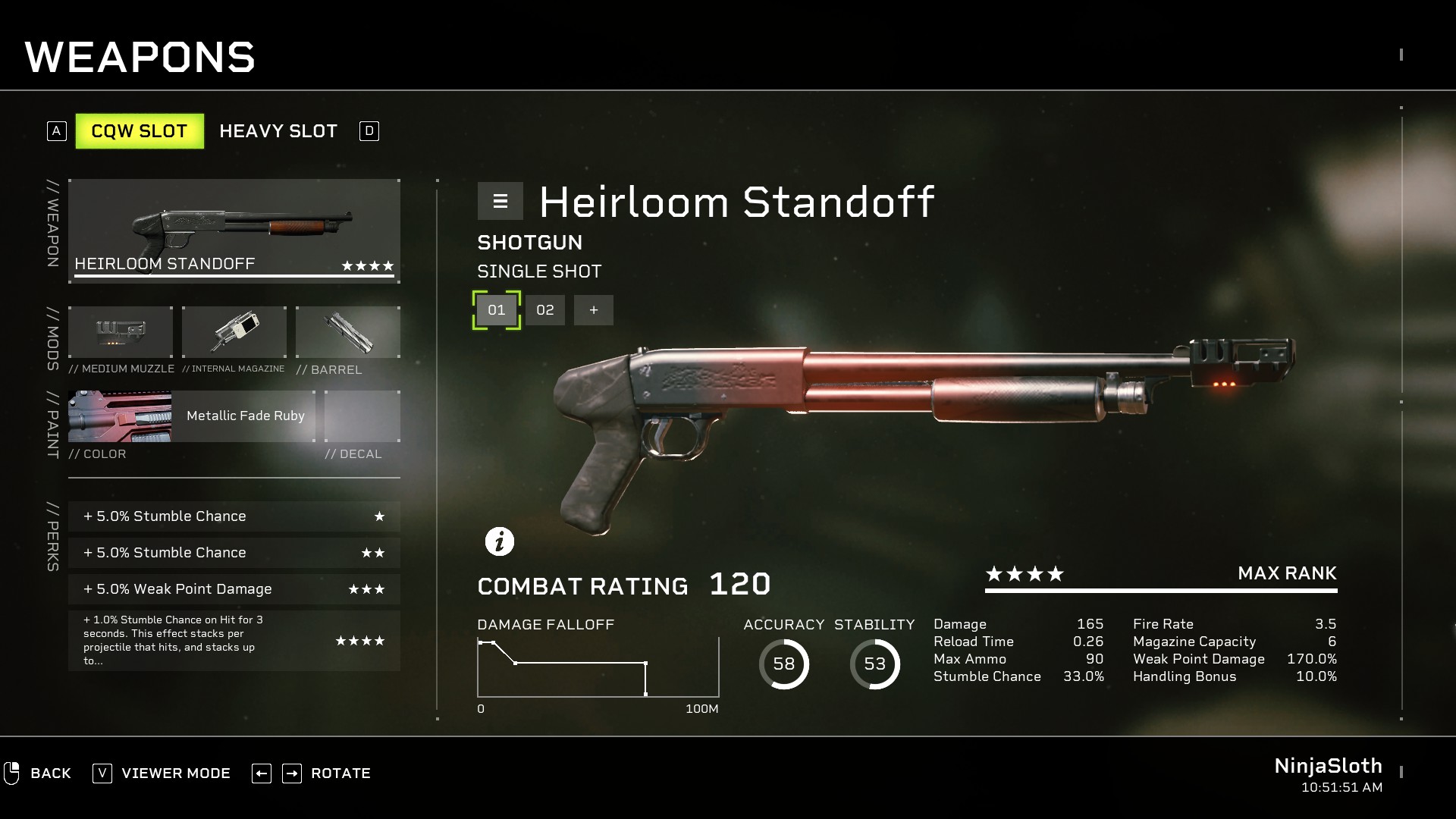 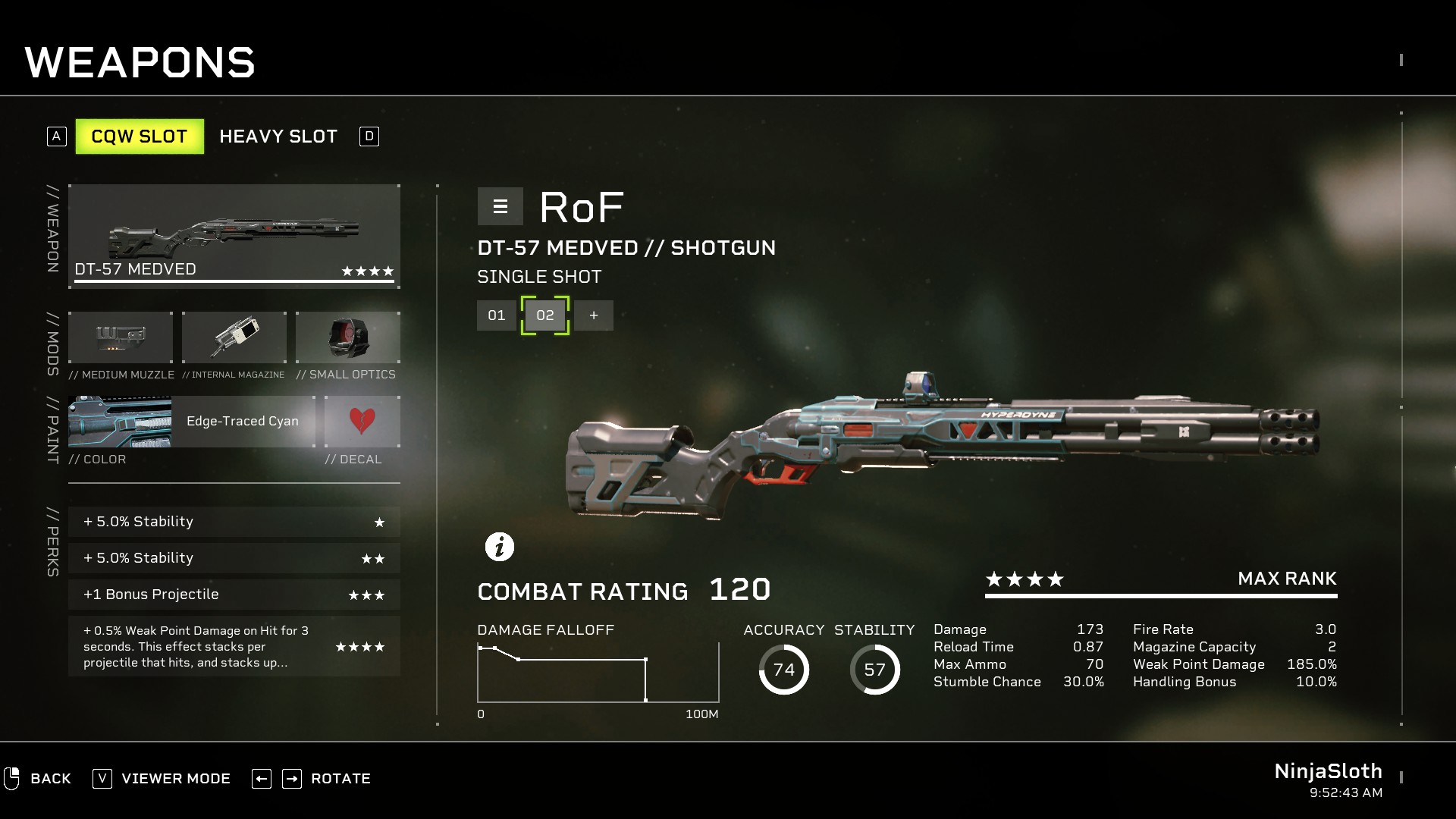 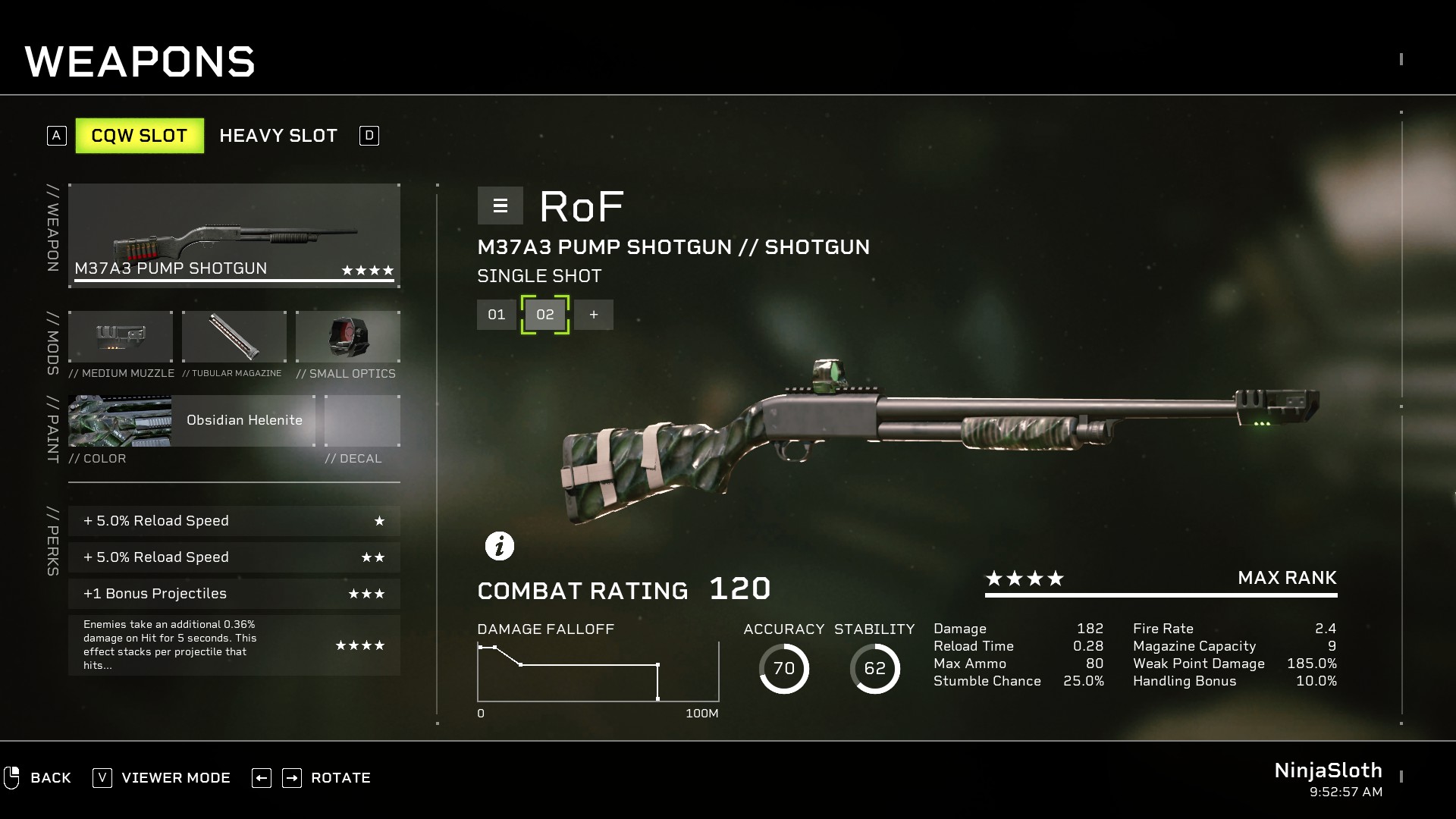 This little overlooked weapon happens to have the highest DPS in the game for regular hits, and almost the highest even counting WPs. This is everything we want in a gun for our Lancer. If you have the DLC pick this if you like happiness and fun.

Assault Break Most Fire rate, and some accuracy as a bonus (which we do need)

Polygonal Rifling MOAR FIRE RATE! Yes this gun can get 3 Fire rate attachments. This one ALSO increases the damage enemies take, multiplying the effect of our other damage buffs by 10%. This is a great gun.

AlternativesMedVed is the second best option by a handy margin, and if you are hitting WPs it actually will match the DPS of the Heirloom. So if you don't have the DLC don't feel bad, the MedVed will delete Elites just about as well, it just takes more practice and a WP to hit (so crushers... are a bad match) It also has range and accuracy beyond any other shotgun. It is quite the nice pickup. 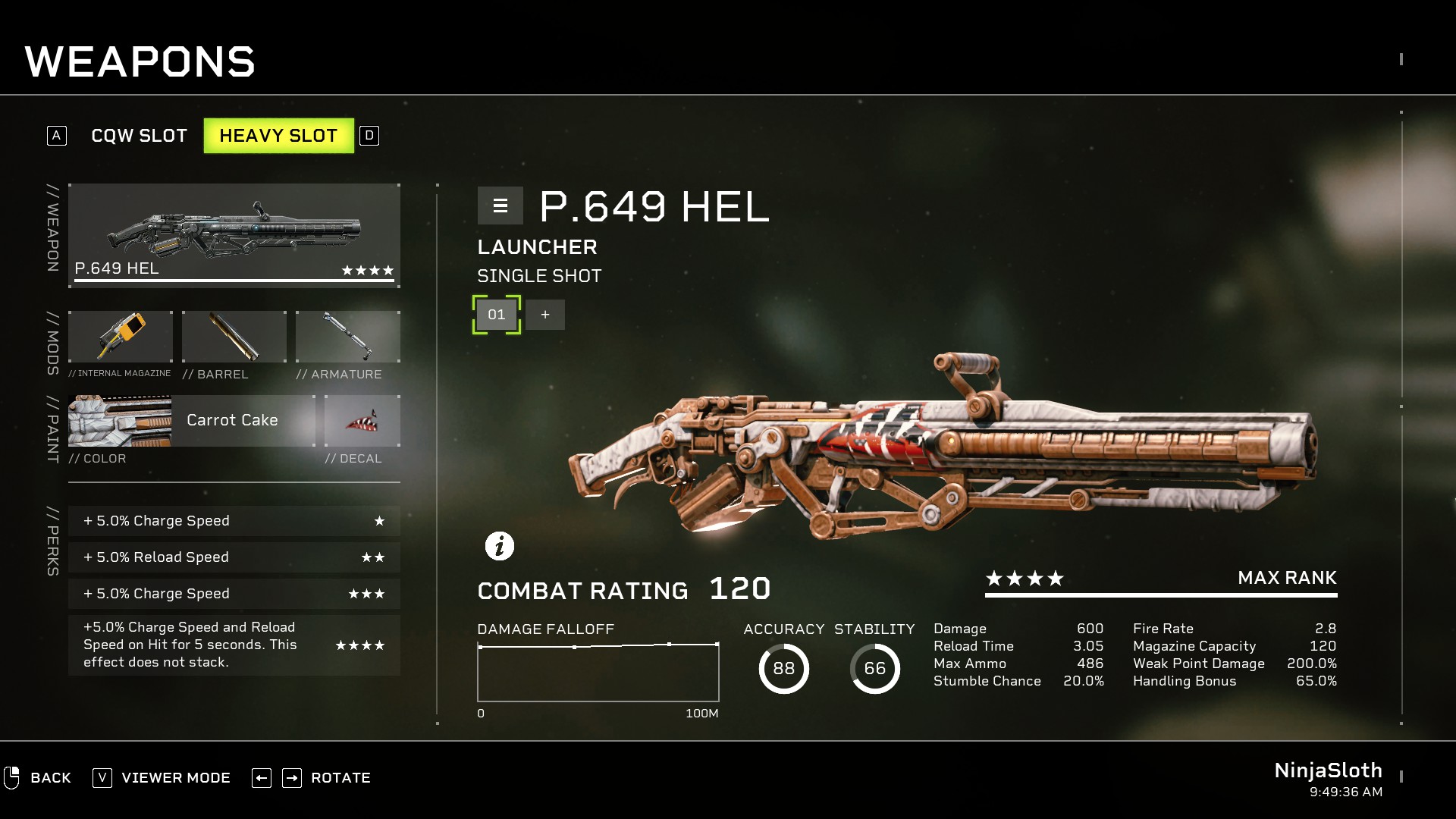 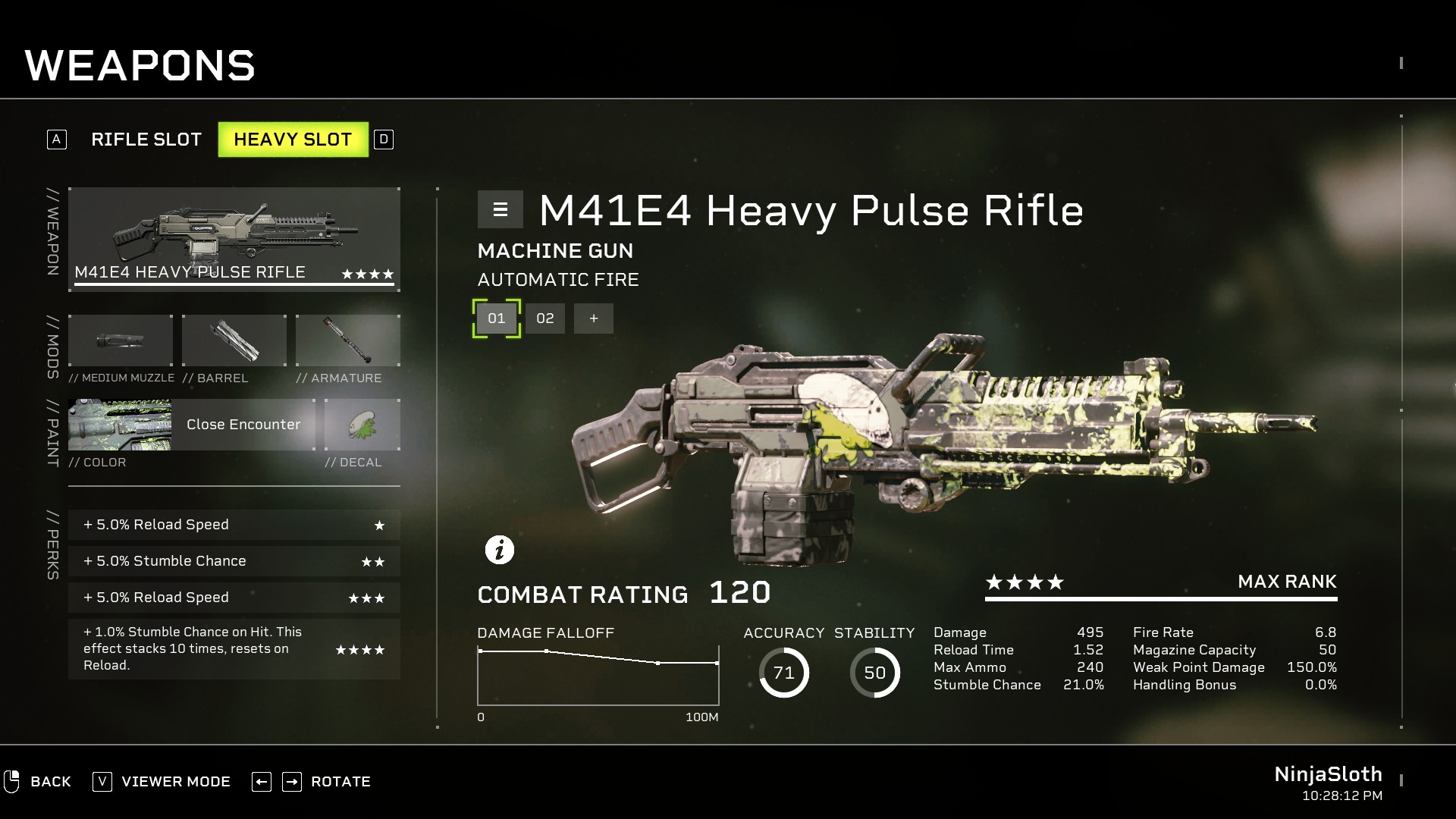 Likely the best Runner slayer in the game on Insane. The Lancer can quite easily one shot body shot runners at full charge.

Some mechanics: Fire rate does not affect charge speed, and at the base stats full charging then shooting does higher DPS then shooting as fast as you can. at lowest charge it does 899~ damage and will consume 5 ammo, and 2200 with 12 ammo at full charge. the ammo efficiency is almost exactly 180 at all charges (185 at full charge)

This also has the highest WP modifier of any heavy weapon and head shots require very little charge time to kill a Runner on insane (consuming 7 ammo will normally one shot a Runner if you get a head shot.)

Auto-Loader The handling is nearly useless for us, however it will recharge 18 ammo (averaging at 9, since it is 50% chance) That means on average our full charge shots are only reducing our mag by 3 ammo giving us near infinite mag size vs runners, no reloading! That is what I like to hear.

Expanded Reserves is fine if you are wanting more max ammo.

Progressive Rifling 10% increased damage vs full life enemies, and will enable us to one shot body shot runners even on insane.

AlternativeHeavy Pulse Rifle This gun has a large mag, (relatively) fast reload speed, and good base damage and range. All around great gun for most occasions, really hard to go wrong with this as a default gun. Assault break and Boosted Flash Hider are great for clearing alien mobs.