How This Is Achieved 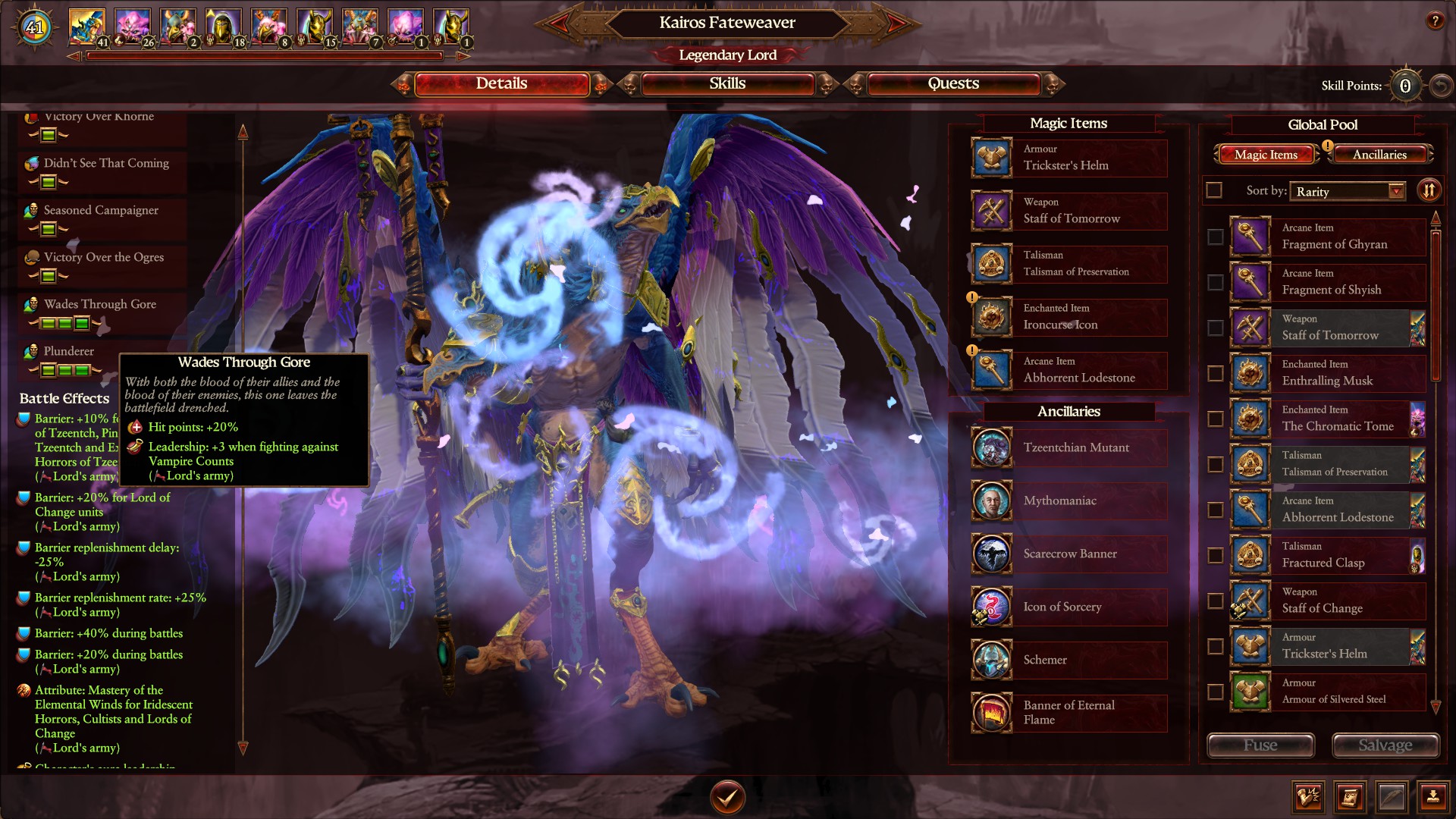 Contrary to what some people believe, getting the trait is not random. It just won't happen every battle.

They changed the names of the traits in Warhammer 3.

They are now called :

You need to fight battles where you take 90% of your army as casualties.

I tested this playing as Kairos, you can technically do this on any battle, no matter how small, it will be obviously a lot easier if you have a strong lord that can kill the enemy army on his own.

Get some cheap units, and throw them away at the enemy to die, or kill them yourself with an AOE spell. The way that they die doesn't matter so long as they are dead.

I did this in 7 battles total. I had 2 cultists and 1 iridescent horror on a chariot + Kairos in my army. The chariot counts as 3 entites so I would have 6 entities left after every battle getting the rest of the army killed.

I did this initially throwing away 2 units of blue horrors which have 160 entities per unit. Some battles I put more in to make sure but there was at least 3 battles which I only had 2 units and still got the trait after 7 battles total.

So my army would have 326 entities at the beginning and 6 entities left after the battle, which nets me 98% casualties.

I've had heroic victories, decisive victories, and pyrrhic victories, so the type of victory doesn't seem to matter, just having enough casualties.