How to Raid - Medieval Total war 2 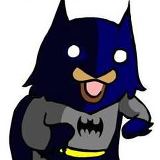 By definition in the English Dictionary the word "raid" can be used to mean any of the following within context.

1. a sudden assault or attack, as upon something to be seized or suppressed: a police raid on a gambling ring.

2. Military . a sudden attack on the enemy, as by air or by a small land force.

3. a vigorous, large-scale effort to lure away a competitor's employees, members, etc.

4. Finance. a concerted attempt of speculators to force stock prices down.

6. to steal from; loot: a worry that the investment fund is being raided.

7. to entice away from another: Large companies are raiding key personnel from smaller companies.

8. to indulge oneself by taking from, especially in order to eat: raiding the cookie jar.

Now that that is perfectly clear let me stress that Raiding is not about taking and holding cities, or increasing your territory or increasing your population. For the most part it's a quick violent strike to an enemies soft spot that is also wealthy. trading hubs, venetian capitals, etc. The aim been to get the enemy faction to focus his attention on issues at home rather than issues abroad (such as invading your land).

Pedobear is king of raiders, he's been at it since 2005. he's so ♥♥♥♥♥♥ hes got a beard on his beard. now prep for the DoS as PB approved this educational guide on raiding in Medieval Total War 2.

In order to raid and to raid successfully these's seven simple golden rules will see you go from victory to victory.

1) Make sure your borders are secure:

You dont want to be caught with your pants down with your armies half the world away. So, you'll want to be conducting your raids in the middle game when you can train decent militia for the free upkeep and settlements and sackings will give decent $$$-like 20-30k from a good sacking.

2) Picking the right man for the job:

You want someone with movement bouses in their stats, definately not 'Lazy' or 'too comfortable'. Good stats include

'overseer' and 'fast horse' and 'sacker of cities' etc.

preferably with command stars and

is reasonably young-16-30 should do it and

Note: You dont want to leave any widows behind.

Armoured cavalry is best supplemented by heavy infantry or spearmen. The whole point of raiding is $$$ and loot so make sure the expenses of maintaining your raiding forces dont engulf your sacking intakes. Mounted archers are also good for hunting down lone generals whilst on raids-you know those 'armies' the AI has around with only one general and a unit of catapaults....

You'll be journeying deep into enemy territory so it's good to have some spies and merchants along for the ride. Spies to open city gates (remember fast as lightning like the lightning lord beric dondarrion) and Merchants to exploit the highly profitable goods. E.g. raiding Alexandria and Cairo (both of which tend to be lightly garrissoned) from Italy or England/France which brings us to...

The whole point of raiding is to deny the enemy the resources and the means by which to conduct warfare against you. In other words, economic warfare. So dont go trying to 'raid' a full stack citadel-too time consuming and too costly. You want to unchivalrously target weakly defended cities and economic hubs.

Inspiration for your next raid

The second reason I find useful for raiding is to divert the enemy away from key territories-like on my border. As the HRE, I had the Hungarians (scum) attacking my eastern border almost all the time (the Poles being no more since I assassinated their whole royal family) so I loaded up my valiant prince with his 6 command stars and loyal retinue of Teutonic and Imperial knights and seargeants and raided all along the black sea coast. It was good and it diverted most of the full stacks away from my settlements cuz they had to recapture their capital. That brings me to...

Now that you've taken a settlement immediately sack it or exterminate it. Why would you just want to leave the population be? 'em. You travelled all this way to get the most bang out of your buck so squeeze as much $$ as you can from the enemy treasury. Then destroy every single building in the settlement and GTFO of there, back on your raiding ship and move onto the next target. You want to cripple the enemy economically and this is the best way to do it. A good raid can set a faction back 20 turns or so leaving you ahead in the arms race.

Alternatively, you can not exterminate or sack the settlement if it's a huge city, but rather, destroy every single building in the city to lower public order and recoup the cash then piss off and allow the settlement to rebel.... When the enemy comes back to take the settlement he wont find your forces there. He'll find a rebel city with a sizeable rebel garrison leaving him bleeding his resources trying to take back a key moneymaking city while you sail away with your booty, florins and his daughters.

A raid is not a suicide mission and by now your general should've gotten many command stars and high loyalty for the attention the arrow in the sky is paying him. Bring him home. Bring the men home. You don't want to pull a dubya d'ye?

Totally Checking Her Out.

Here's a few examples of good targets for raiding.

(seriously you can make over 30,000 if its well developed) 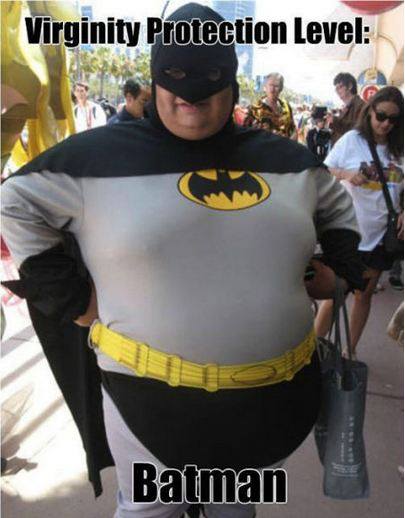 Hopefully this handy and quick to reference guide has been informative and aids you from victory to victory. if not i've merely wasted your time for the last twenty or so minutes it took for you to read this.

Batman is not a Pedo.