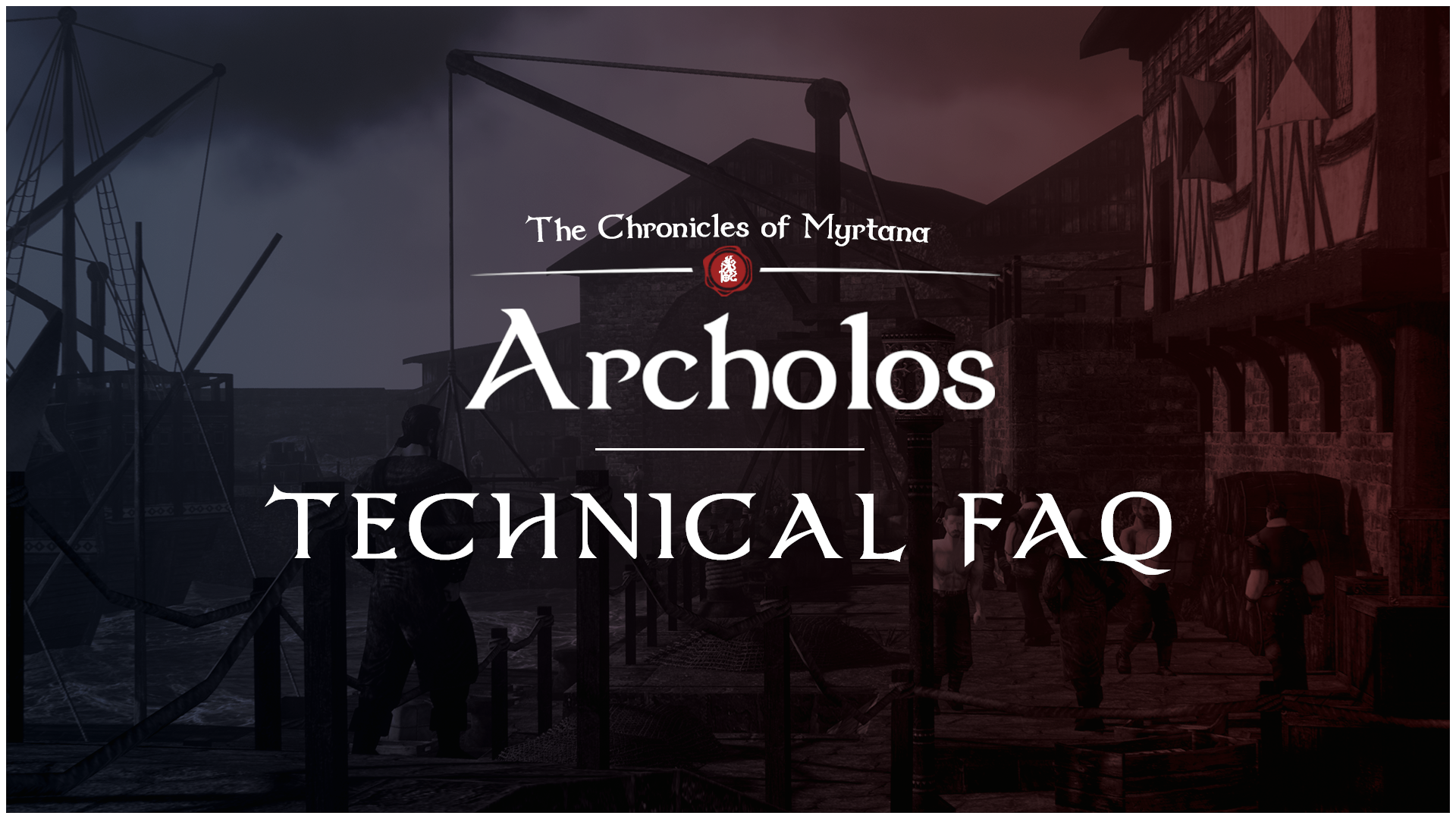 The Chronicles of Myrtana will definitely work on your computer after using this guide.

This guide is in WORK IN PROGRESS state.

May fix problems with Win 10/11 compatibility if SystemPack 1.8 is not working for you.

- There is a chance Gothic may not work properly with higher frame rate!

- This is not necessary if you have installed Union!

In short, Union can be described as an evolution of SystemPack.

On a side note, Union lets users install plugins that can modify the game extensively in a lot of aspects.

- Archolos is not meant to be played using plugins

- Archolos was not developed with Union in mind

- Some of them may simply cause complications, bugs or crashes

The only version that supports The Chronicles of Myrtana is being developed by SaiyansKing.

Do not use other versions.

2. Drag and drop all the files to the /System folder:

To uninstall or turn off DX11 mod simply remove or rename ddraw.dll file in the /System folder.

Reinstall all Visual C++ Redistributable x86 and x64 libraries one by one.

Yes, reinstall all of them just to be sure.

That was not the standard yet in times Gothic was developed.

Download one of these programs and use it on Gothic2.exe file located in: Steam\steamapps\common\TheChroniclesOfMyrtana\System\Gothic2.exeRemember to run as an Administrator

What exactly is DEP doing:

DEP can help to protect your computer by monitoring your programs to make sure that they use system memory safely.

If DEP notices a program on your computer using memory incorrectly, it closes that program.

And sometimes it thinks Gothic is that 'harmful' program...

How to find DEP:

3. Copy-paste this path and hit enter:

This one is kind of weird.

Here all the possible fixes we found out that managed to work for someone:

- Purge and annihilate Nahimic drivers entirely from your Windows

- Some 'custom' Windows versions might lack certain legacy virtual audio devices that are required to synth the game's audio. Install a normal one.

Everything related to fixing that bug can be found in this guide by Malwarax.

The guide is mostly in Russian so I suggest using some Auto-Translate Browser Plugin.

NVidia's G-Sync technology may be the cause why your Gothic crashes instantly at launch.

In case you don't want to play with DX11 you will have to turn G-Sync off for Gothic2.exe

With a decent GPU DirectX11 mod can be a life saver.

Make sure that F11 Settings Sliders won't go over the middle point.

Do not max out settings for 'better graphics' because Zengine can't handle it too well anyway.

It's just not worth it performance wise.

Be careful with DynamicLightning and DrawShadowGeometry options in the Advanced Settings menu.

You may turn off sources of light in different .ZENs like Sewers and see nothing but darkness.

Inversly those options can also try to generate shadows on spells particles and cause massive FPS drops.

Everything the game will need to load will be faster.

- Make sure your disk that the game is installed in is not overloaded.

Turn off everything running in the background you possibly can like Discord, Internet Browser, Overlays and stop downloads.

- Turn off your Anti-Virus software.

Anti-Viruses often tend to scan DX11 files created every time the game goes through loading screens 'on the fly'. That obviously results in an extended loading screen.

They are related to high core temperatures.

Check your CPU and set some limits using Ryzen Master or different software.