Home MADNESS: Project Nexus HOW TO PLAY NEM IF YOU ARE IMPATIENT (or just wanna play an older version of MPN

To download the previous version, simply type steam://nav/console in the search bar of google.

After that, press enter. You should get this message. Click "Open Steam Client Bootstrapper"

After that, you should be sent to steam, and a new option should appear at the top of your screen called console

When you are there. Enter this code.

Once you do this, just wait a bit, it takes a bit to install. Once installed you have officially installed the 1.05d version of madness project nexus. Congrats!

There! You have officially located your previous version. I think this one was shorter than the other one but it's fine... I think.

Step 3. How To Apply Your Mod 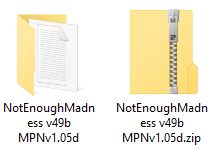 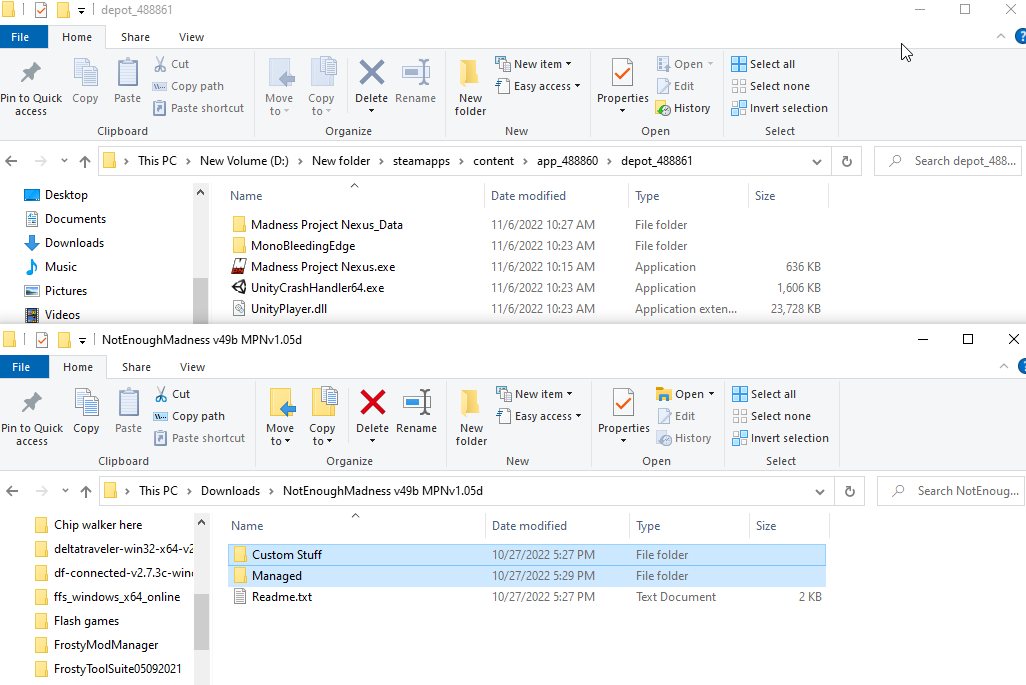 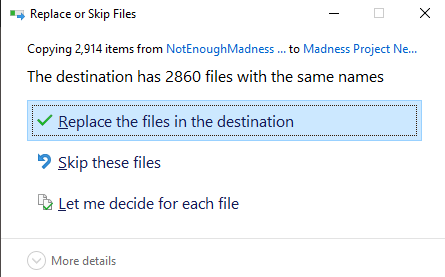 You now know your file location, now it's time to apply the mod. First off, download the mod. MAKE SURE IT SAYS "NotEnoughMadness v49b MPNv1.05d"

After that, you need to unzip the file and open it

After that, place your mod contents (not the readme) into the game location, you should be prompted with this (the reason it says 2 thousand something is because I already did this, so if you are doing this new then it should say like 2 or something)

Pick replace all files. After you've replaced the files. It should look like this

Once you've done that, start your game. It will be a black screen, DO NOT PANIC. It takes longer to load due to the mod. So if you screen is all black and you have the loading cursor, that's good, don't press anything, it will crash if you press while it's loading.

After it loaded, go ahead and look at the bottom right, it should say this 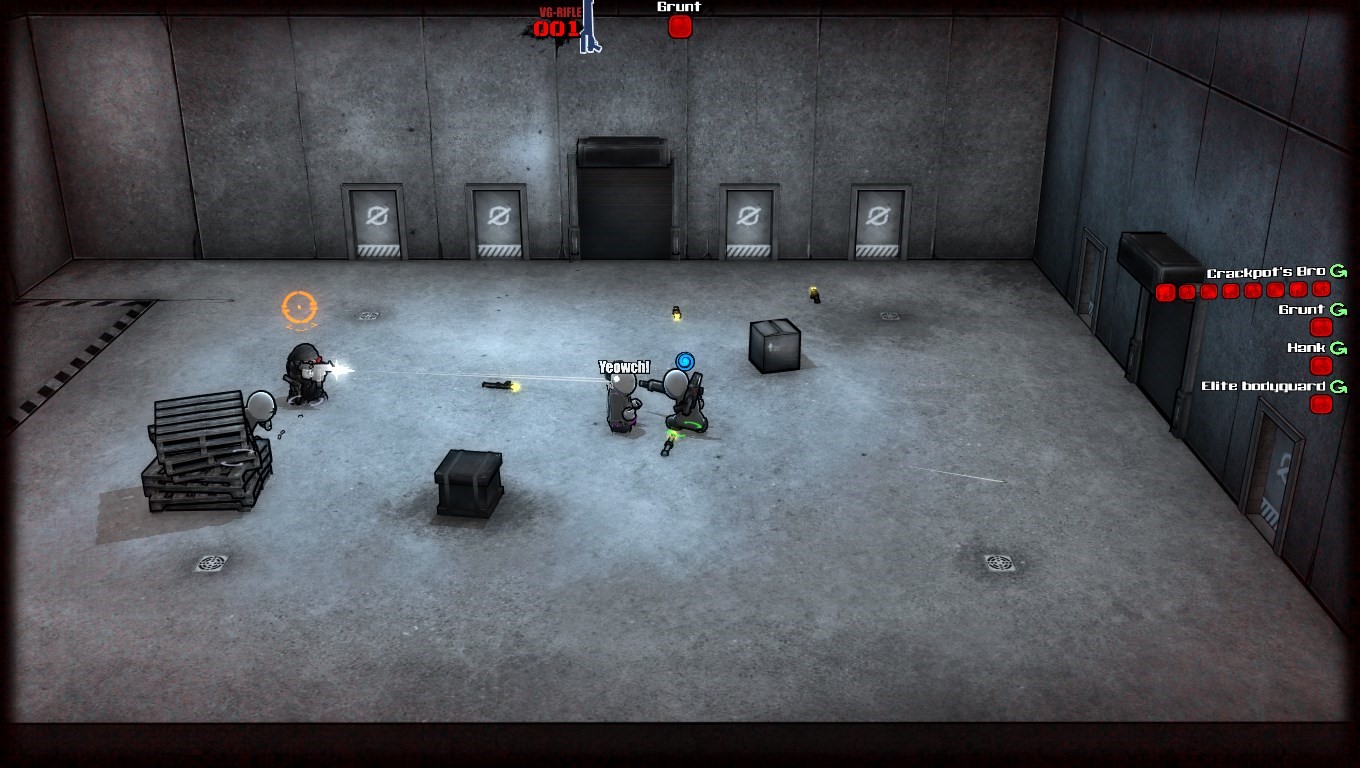 After you've done all that, YOU CAN NOW PLAY. Test this out by going into playground (or story/arena mode) and press f or c. If a mod menu pops up in the top left, YOU HAVE DONE IT.

Your hard work has finally paid off!

Well, go ahead. Leave this guide now and play, YOU'VE EARNED IT!

QNA (If You Have Questions. I Awnser)

A youtuber also made a vid on downloading older versions. SHOUTOUT TO "DRG Historian"

Q: Why is there no questions?

A: There isn't supposed to be any yet. I decided to awnser any question/problems on this section instead of just replying in the comments, that way people with the same question/problem can just see the awnser here