Just Go On A Murder Spree And Have Fun

You've fed 200 people to the crows. The crows send you their thanks.

You've put 2000 bodies into the ground. Some of them may come back later as Zeds, but we won't let that impact your score.

And behold, a white horse! And their name who sat upon it was...wait, what's your name again?

Well, you've done it. It probably cost you a lifetime of back pain, but you've wiped out the entire population of a medium sized town. Those 53,594 brave souls will have a light lunch waiting for you in Valhalla. 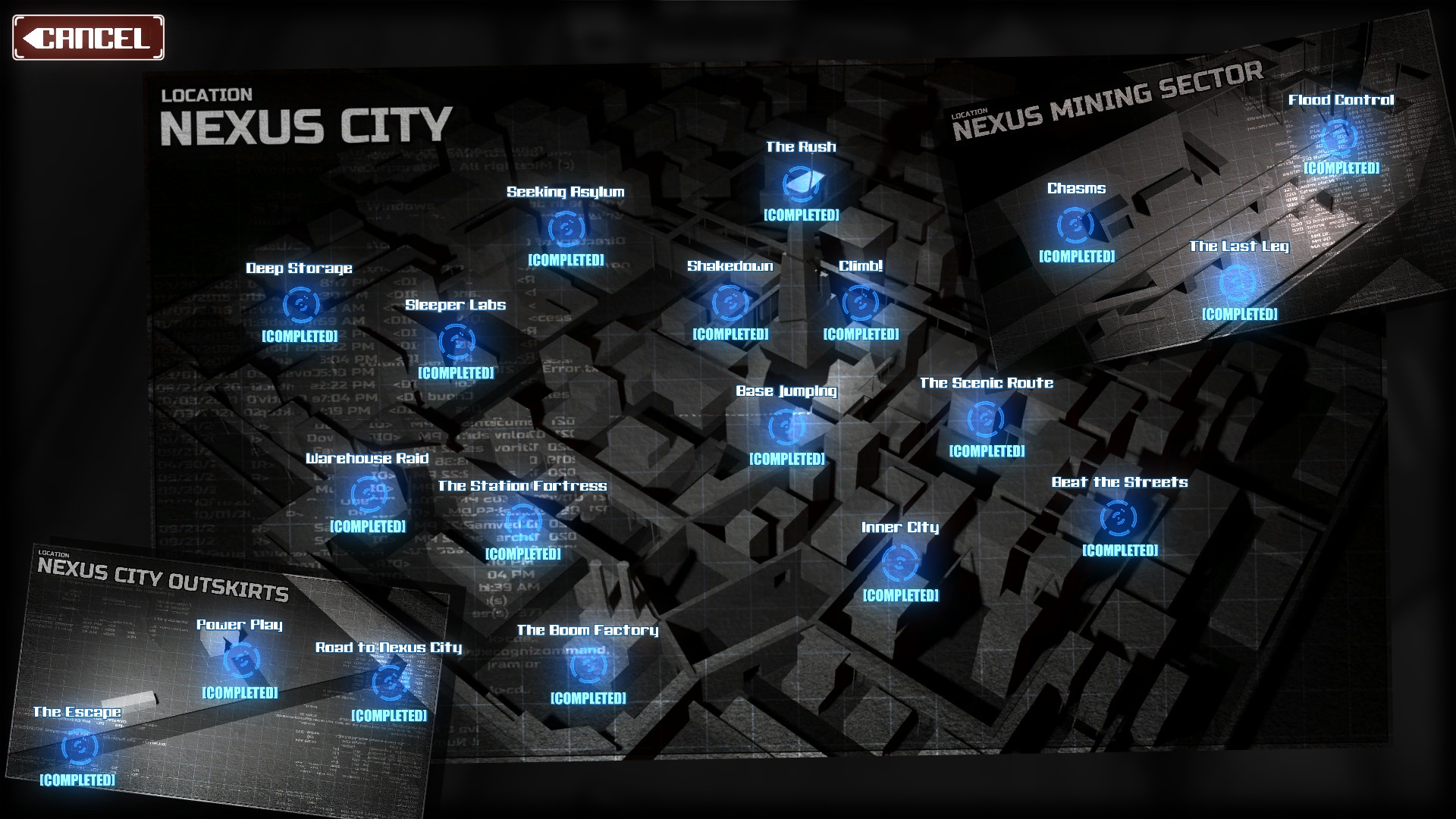 Most achievements are obtained by completing the story once.

In order of apparition

No Mercy: The Gunner Twins

No Mercy: The Sheriff

No Mercy: The Gunner Twins 2

No Mercy: The Machine

No Mercy: The Gunner Twins 3

Defeat Church and Jorge yet again.

No Mercy: The Hive

When you'll need to power up the energy cannon to make Gestalt vulnerable, you can take the plugs and just throw them into the sockets to get it done faster

Get ready to dodge a lot, try to keep your guns for the last 2 corpus of Phobos, as his last phase is super hard to melee hit without getting damage.

Defeat Gestalt once and for all.

For each level, you must beat it once in 'Tough' difficulty to unlock the 'Madness' difficulty

Before getting started, you should know that you can restock your equipement and your allies's by pressing TAB during the intermission before starting the next wave.

The West side of the map will group enemies until there are enough (around 6) to launch an attack. A good idea to prevent gas pumps from exploding is to always check there and trim their numbers to attacks

Enemies will also try to break the East barrier to launch attacks, this buys you some time and allows for easy kills as they are busy

Once you've completed Pit Stop, you'll be able to recruit Hirelings, it's highly recommended you do so

Hirelings can be commanded, and are a one of the main components of the arena mode, see more in this guideVictory: Foundry

Your hirelings can manage to win this level by themselves in lower difficulties, here your objective should be to get as much XP as possible for the 'Acrobatics' skills. This means using only throwables (ex : axes, no explosives) , and throwing melee weapons to your enemies.

At the same time, this allows your Hirelings to gain lots of XP, so protect them by hunting down the green and red enemies

Your main objective is killing the guys that are trying to unlock the box, once it's open it's almost always game over. In case you are overwhelm by enemies, prioritize your targets. The black guys that are going for the objective have to be killed or interrupted (ex: by shoving) first.

Place strategically your hirelings, they should always be able to shoot at someone in contact with the objective. See this guide to control your hirelings

Don't chase the enemies to their spawn zones, you may miss others going to the objective in the meantime

This is pretty much the hardest level, your hirelings probably won't make it to the end, so make sure you have upgraded to the max 'Support Squad' in your base, so you can get some breathing room if needed

The last rooms can feel overwhelming, but if you correctly prioritize your targets it can become a lot easier.

Try to avoid killing melee enemies (shield dudes and big boys with hammers), as there is a pop cap of simultaneous enemies in the arena, the wave become a lot more manageable when there are only 2-3 guys shooting at you at the same time.

When a Mag appears, remove it's helmet and kill it as soon as possible, if you correctly did the previous step, there should be no gunners to bother you while killing the Mag, and instead a bunch of easy to evade melee enemies

Arena combat waves are : all helipad missions + the sleepwalker program (same for the next achievement)

By default, madness is unlocked after winning in 'Tough', but you can actually unlock madness mode by finishing in any difficulty, as seen in this guide

You don't need to play all waves in madness, you just need to complete one wave in Madness and then 'safe quit' to unlock the achivement (probably a bug)

I've Seen it All

For the final story mission, try to save your ammo for the boss, or else get ready for a veryyy long fight

When you get to the final story mission, you'll be able to start from scratch with a new imprint, and all stats upgraded.

After the second run, the fastest class to finish the game again is the tinkerer, due to infinite money that allows you to just buy the best gear and craft amazing guns and rush

If you have any suggestions to help other players, put it in the comments and I'll edit this guide !

You can also check this other guide to know what makes each class different : https://steamcommunity.com/sharedfiles/filedetails/?id=2630255946