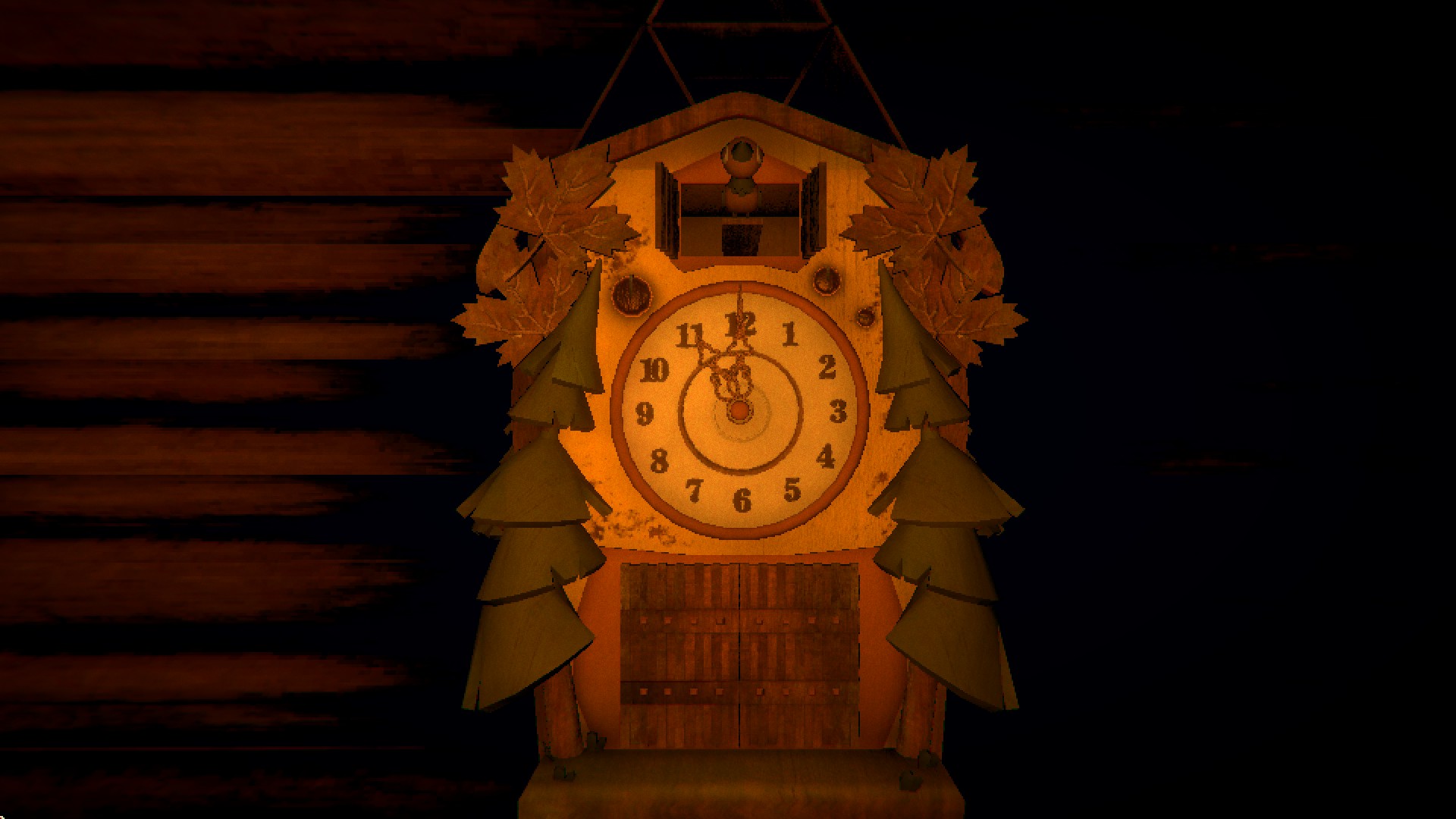 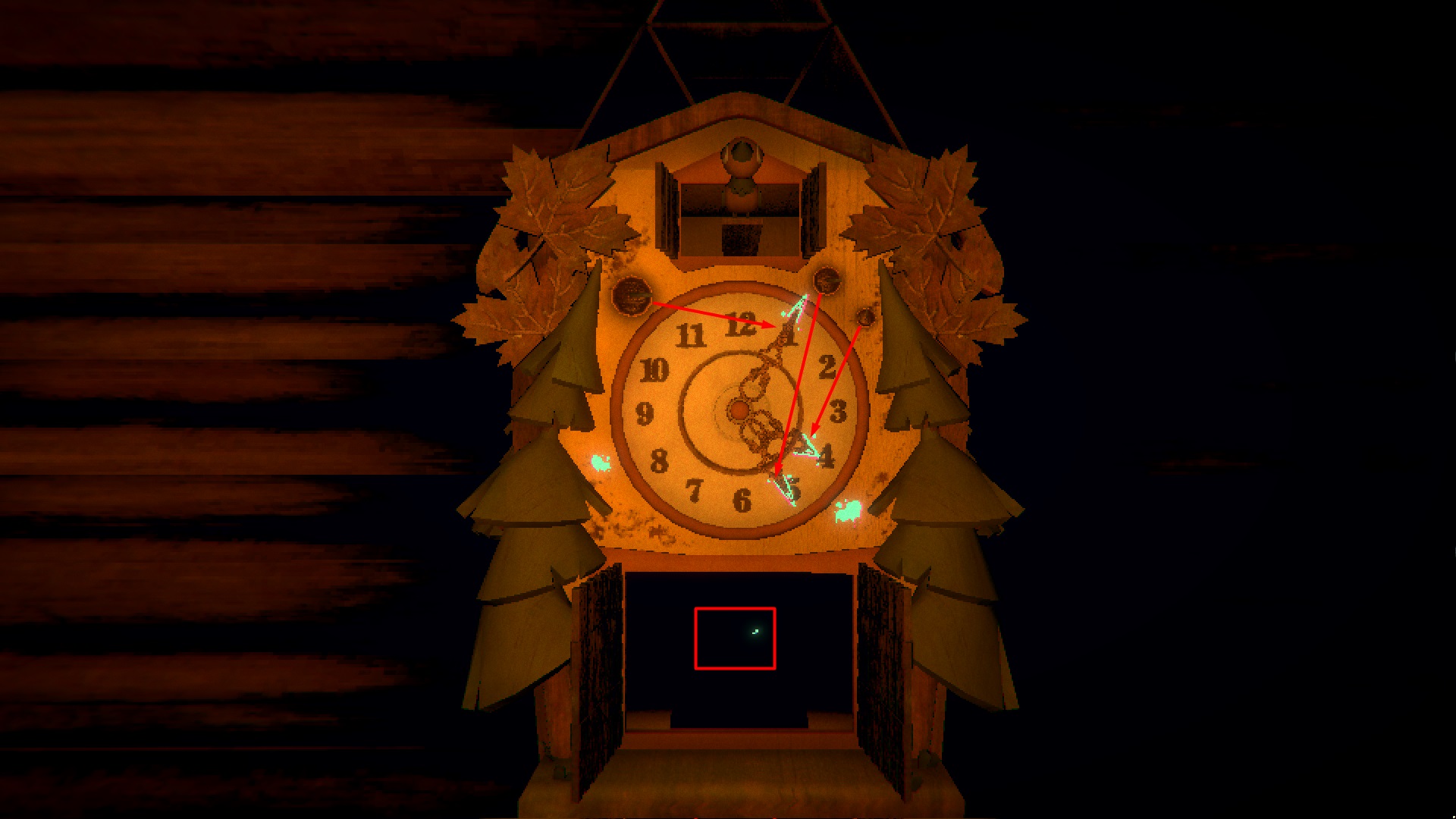 Set clock to 11:00. Unlocks the Ring item. Used near the end of Act 1 for the "Ring Trial". Alternatively the "Ring Worm" card counts for this trial as well.

This requires a few things beforehand to have the game actually activate it.

1] Obtain the Caged Wolf Card from the dresser puzzle. Then have the card take fatal damage (There are a few ways to break it free but this is the most intuitive)

2] Leave the table and you should have the Wolf Statue somewhere, use it on pedestal with the Squirrel holding a knife.

3] Obtain the Magic Eye by using the knife (In the 1st boss fight for an easy win!) in a fight, and then beating the 1st boss. (Or it might work in any fight, i just wait until the boss to do it)

4] Leave the table afterwards and goto the Cucko Clock. This solution is given to you simply by having the correct eye chosen. 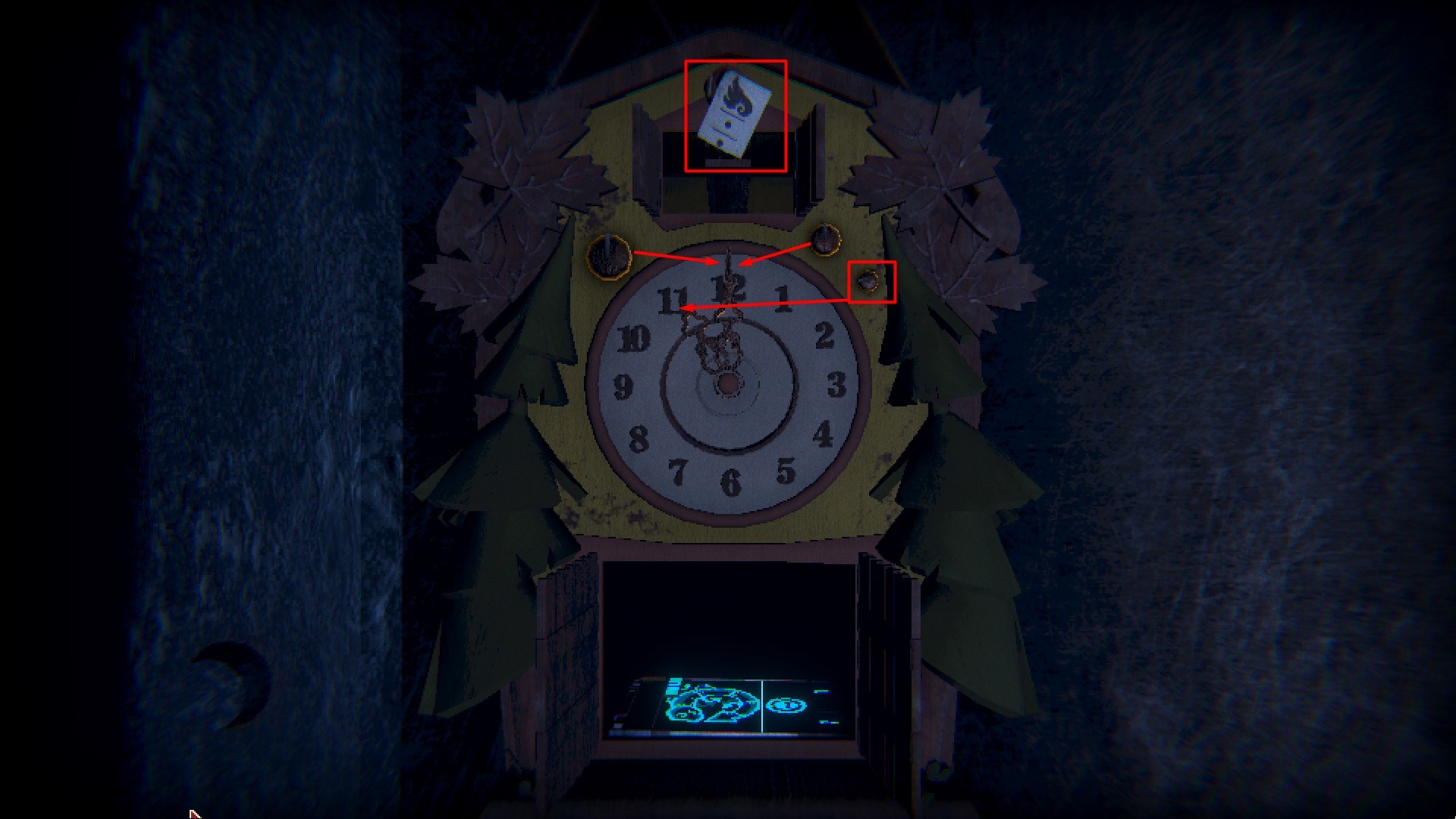 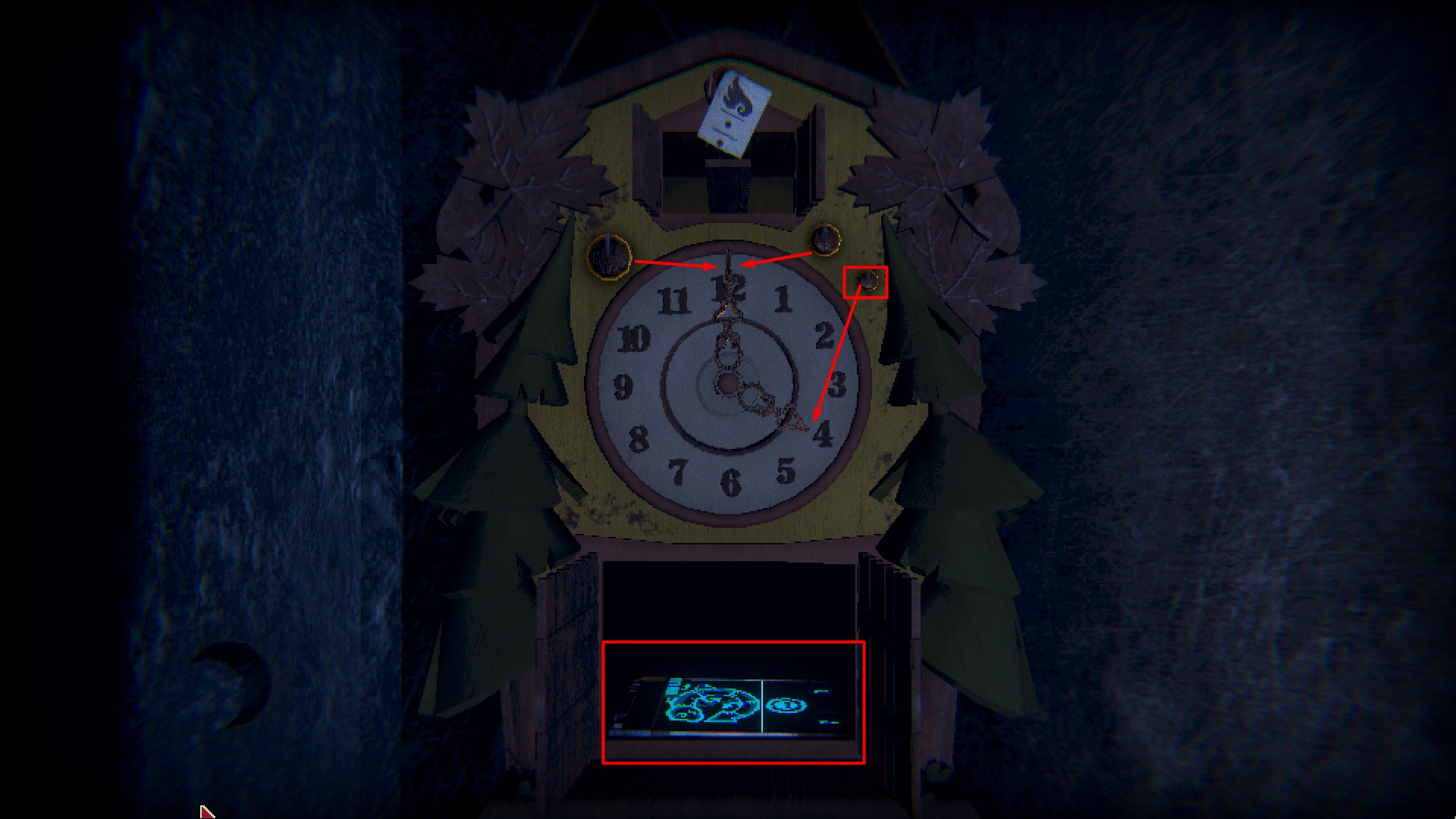 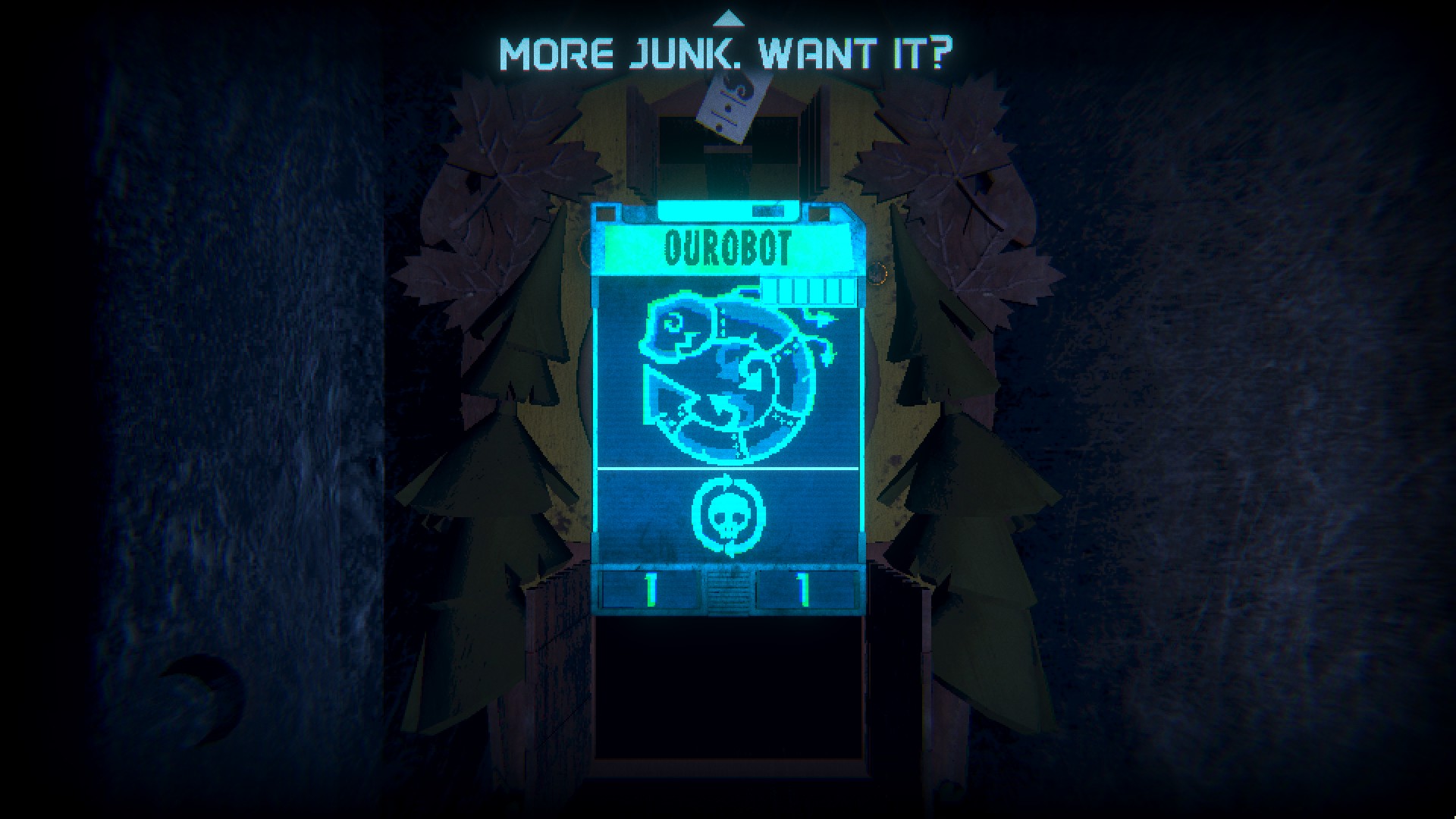 Clock set to 11:00. This unlocks a "Hint" for one of the other Puzzles. The Monolith that appears sometime later in the game.

Clock set to 4:00. Unlocks the "OuroBot" Card, which is Ouroboros from Act 1 & 2. My Ourobot card said it had 1 Stats, even though previously it had over that for the Devil's Play achievement in Act 2. I don't know what happened. Probably a bug of some sort, in my case it was not just a visual bug its stats were actually reset. They are not supposed to.

This solution is normally found buy spending 25 RoboBucks when you reach the Wizard's Tower. You DO NOT need to buy the solution to use it, but I think you DO need to actually reach the Tower for the clock to work. At least When I tried it before reaching the tower, it did not work, but it did once I reached the point where you'd actually obtain it.