How to Stop Being a Plebian who Relies on Blueprints 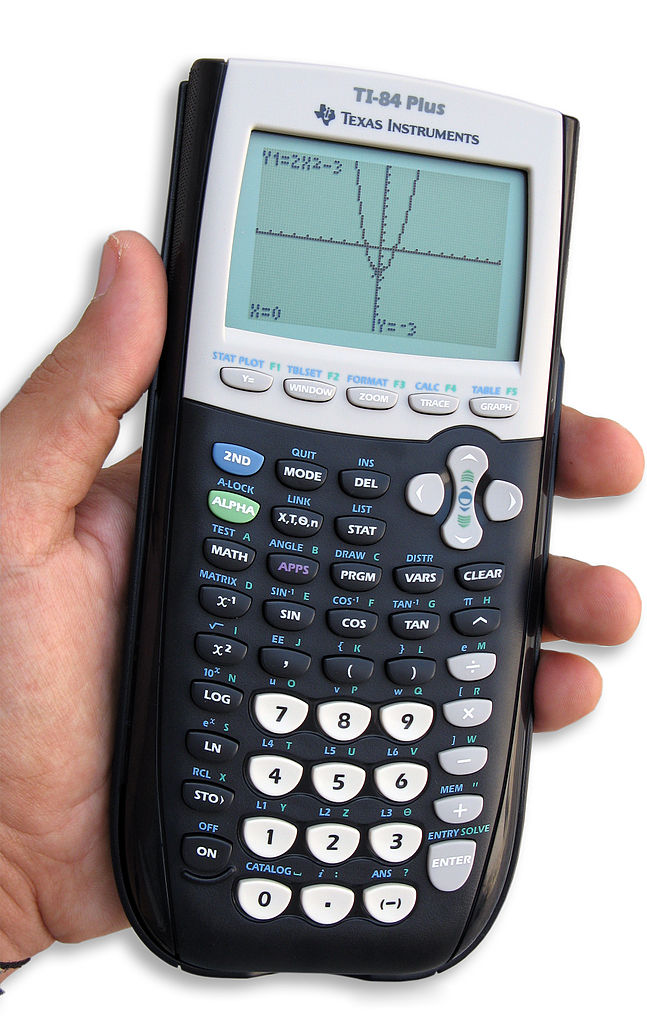 the core concept for building your factory is a scary thing called math. you may want to get a calculator for this, because there will be a lot of math involved. (if you passed algebra you should be able to do this no problem) 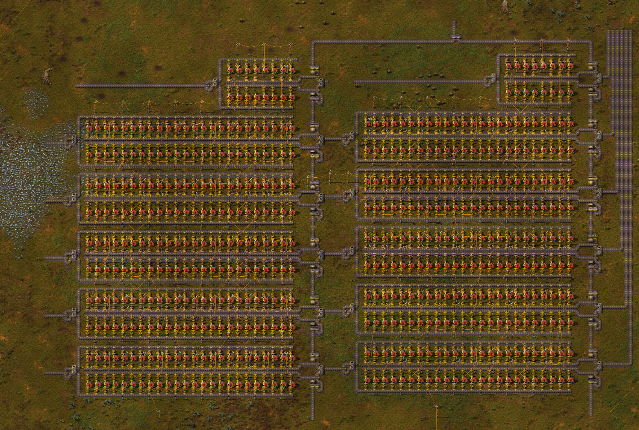 a yellow belt transfers items at a rate of 15 per second, and we want a whole belt of it. we also know that ore takes 3.2 seconds to smelt, meaning each furnace makes an ore at .3125/sec. to get the number of furnaces, solve for X in the equation below:

of course, steel processing is rather different, which takes 16 seconds to process 1, and requires 5 iron per steel plate. we should now solve for X - the number of furnaces needed, and N - the number of iron furnaces needed. getting the required iron is easy, as we know 1 iron smelter can supply a single steel one, so N=X

making a fully efficient layout of this is rather tedious, but you can't argue with the results 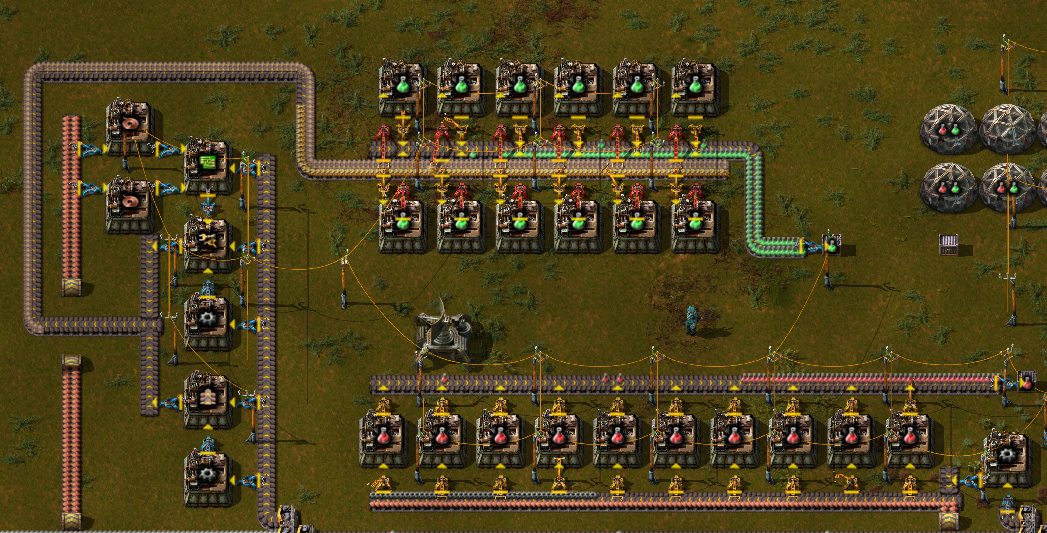 red science is the easiest to automate. the red science recipe requires 1 copper and 1 iron gear, and takes 5 seconds to make. keeping this in mind, you can directly feed copper plates into it. iron gears take 0.5 seconds to make, meaning that 1 gear assembler can give enough for 10 science assemblers, making science at 2/second.

green science is more complex. however, all of its ingredients can be crafted in 0.5 seconds, and since the recipe takes 6 seconds, 12 assemblers can be placed, again making 2/sec. simply attach a proper belt and inserter factory for the input (see image for sample)

production of goods is good, but what about power?

many seem to think the math for nuclear is complex, it really isn't

the base reactor power output is 40MW, which is multiplied for every adjacent reactor, in a manner shown in the equation below:

where Out is the peak power output in MW, and Adj is the amount of reactors next to the current one, do this for all reactors to get the total output.

so, we can figure, 2 reactors next to eachother;

where He is the amount of heat exchangers needed, and out is the total reactor output

so for this setup:

steam turbines produce each 5.82MW, so we can divide the reactor output by said number to get the amount needed. round up.

you can also calculate it based off of steam usage, each heat exchanger makes 103 steam/sec, and turbines consume 60/sec, so

and 16 exchangers, and round up here too

so now you know,

just add on some tanks to store steam, and program throttling logic and you're good.

an exchanger can use up to 103

some things really don't need this level of precision, such as oil processing, which often relies on an excess of production for cracking the 3 outputs and is a fine enough practice.

other examples can include products that are intermittently used such as ammo, armor, or vehicles. here it matters little if the ratios are perfect, so just slam down some assemblers and relax.

this can be especially harmful for newer players, who won't learn how to build a factory

but most of all, it can be fun to figure things out for yourself, you have a sense of accomplishment with every build, and victory is all the more satisfying. sure, it can be hard, but that's what makes it rewarding.