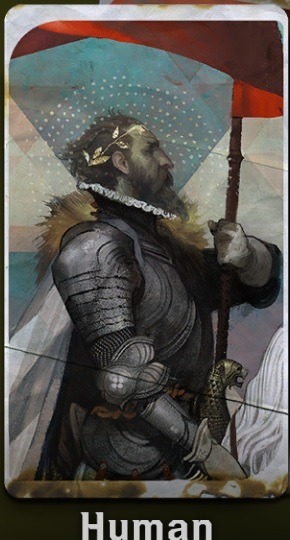 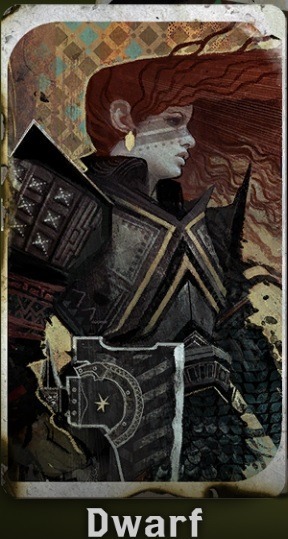 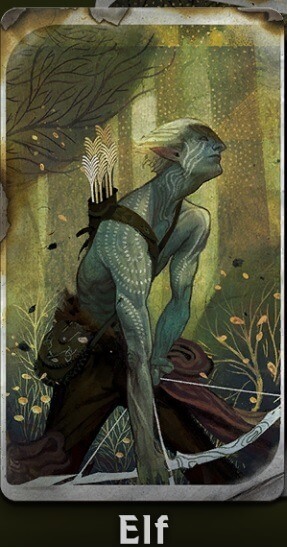 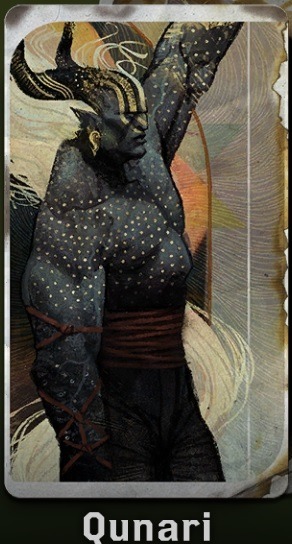 The human, dwarf, elf, and Qunari races make a return in Dragon Age: Inquisition.you can choose the race, sex and class for your main character. For the first time, the Qunari race is also playable, allowing players to experience the hulking race of horned giants.

Consider Playing as an Elf

Character customization is the first important decision you will make in your game. As well as physical appearance, you must choose your character's warrior class, gender, and race.

Other characters react to you slightly differently depending on your race, so choose carefully. If you are an Elf, you can understand Elvish when it is spoken in the game, and if you are female, you qualify to be able to romance Solas. Other races have their perks as well, but an Elf is a good option to start with.

Humans are the most numerous and most powerful race of Dragon Age. The leading kingdoms explored in the Dragon Age franchise are human – Orlais, Ferelden, and others. As in most video games, Humans are recognized for their adaptability.

As such, it is not surprising that the Racial Bonus for Humans is 1 bonus ability point. Kinda weak IMO.

Dwarves are a short, stocky, and physically-strong race. They lack the magical affinity of other races. They are particularly known for their great skill as builders, and have constructed great underground cities. They were once a dominant race, but due to the Blights, their kingdoms have fallen into decline.

The Racial Bonus for Dwarves is 25% damage resistance to Magical Attacks. a very Nice trait for playing On higher difficulties.

As most depictions of Elves in video games, Dragon Age’s Elves are a physically-weaker version of humans with a slender build and stronger affinity for nature and magic. The Elves of Dragon Age are scattered and do not have a home, after the fall of their once-great civilization due to war with the humans. They are typically found throughout the world as nomads and outcasts.

The Qunari (meaning people of the “Qun”) are a playable in Dragon Age: Inquisition, unlike the previous DA games. They are a humanoid race known for their large size. Qunari approach the height of 7 feet (2.1 meters) and are also known for their demon-like horns, bronzed skin, and white hair. The Qunari are followers of the “Qun” – a code of honor that they live by. Even members of other races can join the Qunari if they accept the teachings of the Qun.

The Racial Bonus for Qunari is +10% Physical Resistance good if you play a melee class or Tank.

The Racial Bonus for Elves in Inquisition is 25% damage resistance to Ranged Attacks. Mediocre Magic resistance is better but this is ok early.

There are three available classes in Dragon Age: Inquisition -- mage, rogue and warrior. Each of these have three specialisations.

Consider Playing as a Rogue

Some of the Highest Damage skills in the game one of the best end game specialisations and well its Just fun overall.

Knight-Enchanter - These rare mages received special dispensation from the Chantry to serve in battle. They summon blades from the Fade and are experts in protection and defense.

Necromancer - These mages specialize in binding the spirits that are drawn to death. They can put the fear of death into enemies, bring spirits to fight on their behalf and even cause devastating explosions when their enemies die.

Rift Mage - These mages draw upon the force of the Fade, either pulling matter from the Fade to attack or twisting the Veil itself into a weapon to stagger or crush their enemies.

Artificer - Intricate mechanisms are the core of the artificer’s craft: Deadly traps; Distracting contraptions; Marvels of engineering turned to deadly purpose. If an artificer is standing at the far end of a seemingly innocuous stretch of the battlefield, you should find another path. If he or she is smiling? Best just to hope your affairs are in order.

Assassin - Any rogue can kill a target, but assassins make death into an art form. They specialize in quick, deadly kills that let them slide back into the shadows undetected, or indirect kills that eliminate targets while the assassin is safely away.

Tempest - These unpredictable experts specialize in using alchemical mixtures that wreathe them in frost or flame. Fast, chaotic, and possibly mad, they wade into the fight and dare enemies to face the storm.

Champion - Champions are defenders and protectors, and when a warrior trains in the champion’s tradition, they become unstoppable. Champions use their armor, weapon and awareness to shrug off incoming attacks while holding critical positions on the battlefield and protecting allies in the process.

Reaver - As the battle gets bloodier, these vicious and deadly warriors get even more brutal. Hurting them just makes them mad, a mistake most enemies don't live to repeat.

Templar - These unrelenting warriors specialize in fighting mages and demons. No enemy's magic can withstand them, and they inspire and protect their allies with their righteous power.

Companions are locked into one specific specialization, which is not unique to them. There are some discrepancies between companions' gameplay specializations and their stated role, such as Cassandra having the Templar specialization despite being a Seeker.

Companions are the nine people who accompany the Inquisitor. All companions besides Cassandra Pentaghast, Varric Tethras, and Solas are optional.

Advisors are the three people who aid the Inquisitor in areas of military strategy, diplomacy, and espionage.

You can Have 3 companions in your party at a time Once unlocked.

In Dragon Age: Origins, it was fairly easy to romance the character of your choice with continued conversations and gift-giving. In Inquisition, you have to know who you'd like to romance quite early on and start flirting when you can.

Check who you qualify to romance. If you're a female human, you can choose Cullen or Blackwall. Any female character can romance Sera, and there are no restrictions if you'd like to romance Iron Bull or Josephine. Men can opt for Cassandra or Dorian. See who strikes your fancy and start romancing early for a successful pursue! 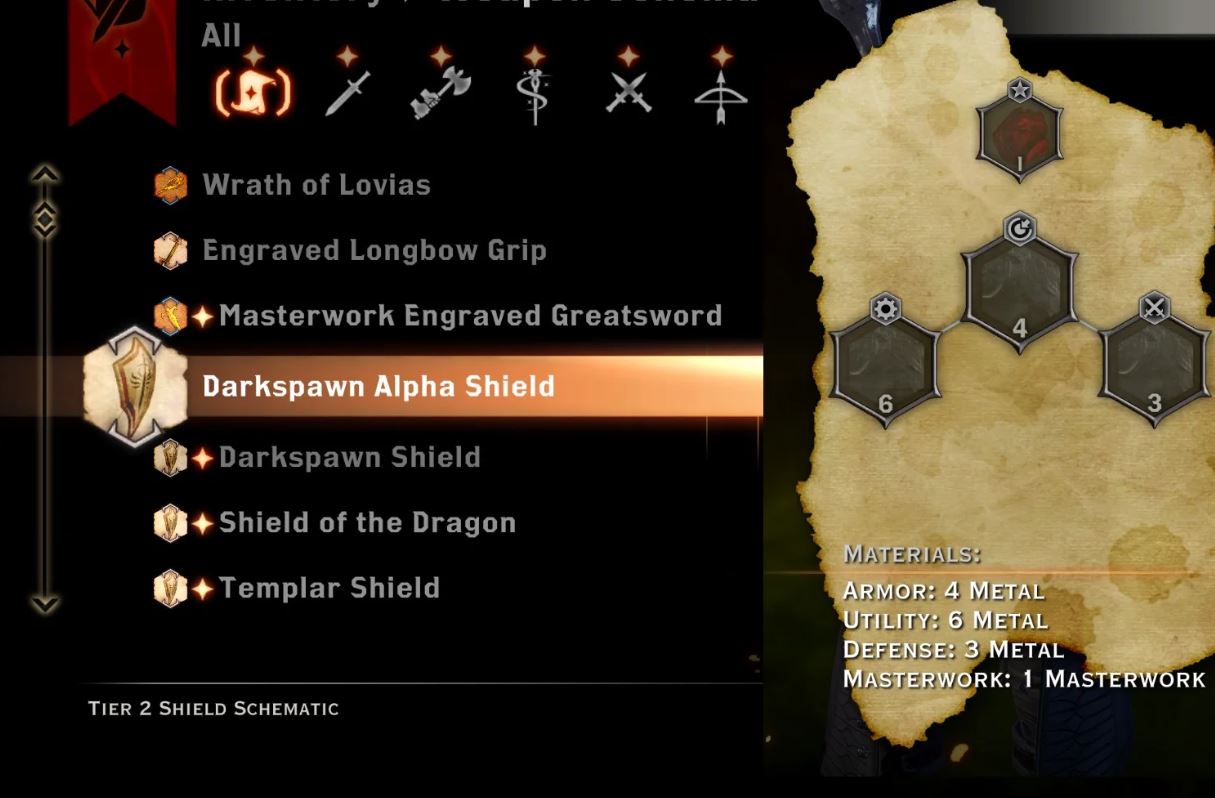 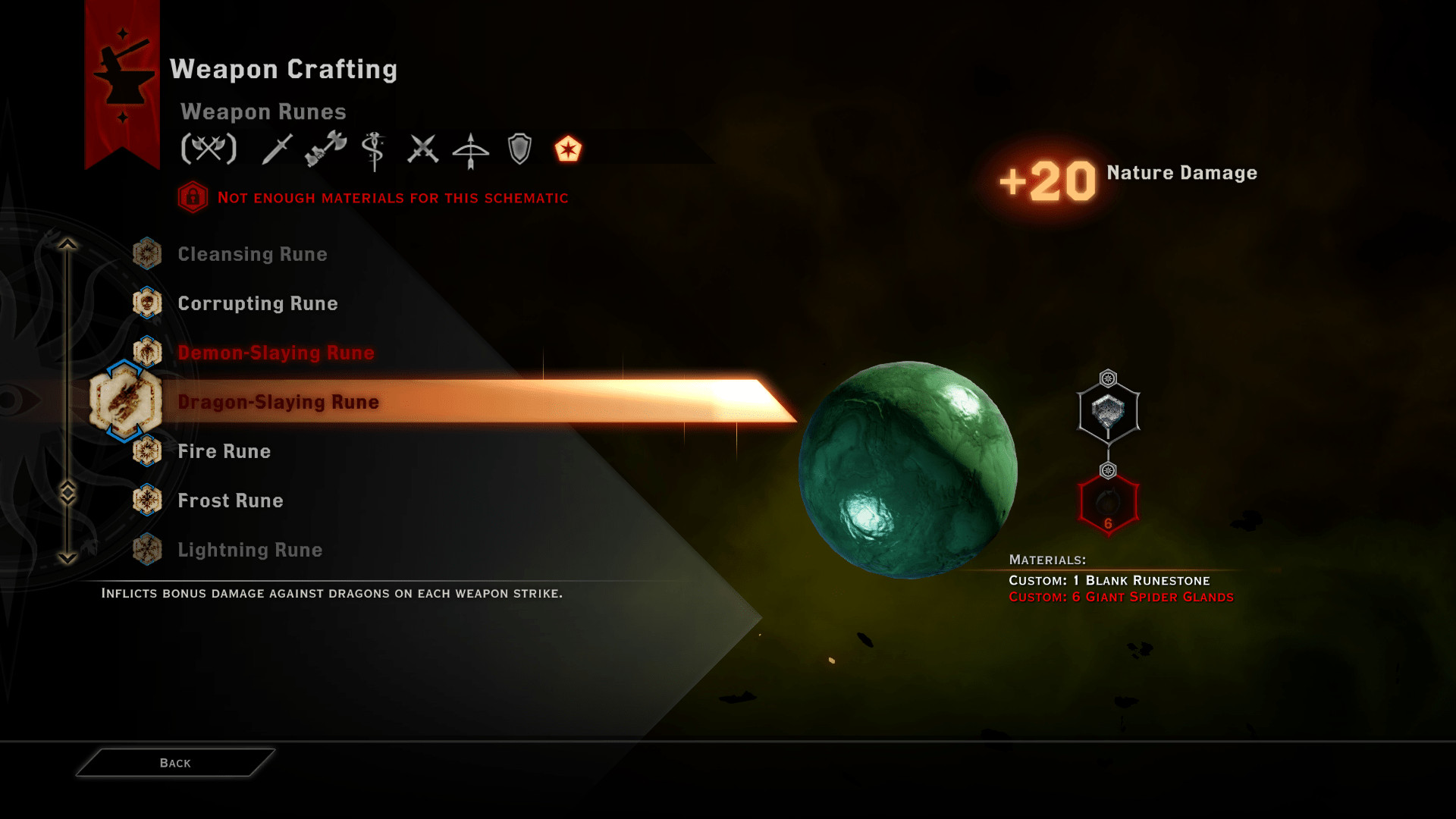 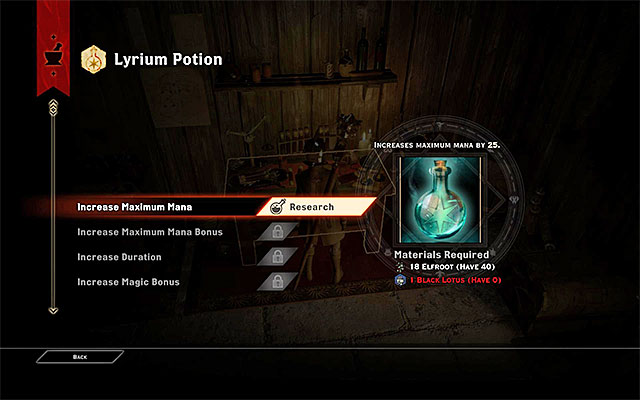 Crafting in Dragon Age: Inquisition allows the player to create unique weapons, armours and upgrades; as well as runes and potions. Crafting stations are required to craft any of the aforementioned, they typically can be found in Inquisition strongholds, larger established camps and keeps that have been captured.

To craft new armour or weapons, the player needs a schematic and sufficient crafting materials.

The schematic determines the appearance and potential power of the crafted item by allowing the placement of a set number of leather, metal, or cloth pieces into the recipe. The materials used determine the specific enhancements, attributes and/or powers that will be added to the new item.

The colour of crafted armour can be changed by using the armour tinting table found in the Undercroft in Skyhold.

There are five different types of crafting slots: utility, offence, defence, damage, and armour. Damage and armour slots are unique to weapons and armour respectively. It should also be noted that a schematic can have more than one of the same slot. For example, one-handed sword grip schematics always have two slots but they may be two offence slots or one offence slot and one utility slot.

The primary slot governs the attack value of weapons, the armour value of armour, and the elemental damage type of staves.

The utility slot controls what primary attribute will be upgraded.

The offence slot provides one of several offensive abilities.

Higher level weapon and armour schematics might have a masterwork slot that can optionally be filled by a masterwork crafting material that can offer a unique bonus.

The runes themselves are crafted at the Craft Weapons table and they can only be attached to weapons.

Potion upgrades require a significant amount of herbs to unlock; in return, they give permanent and significant bonuses to the potions. 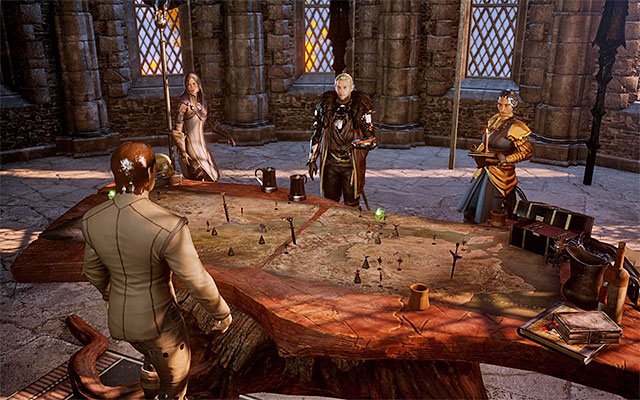 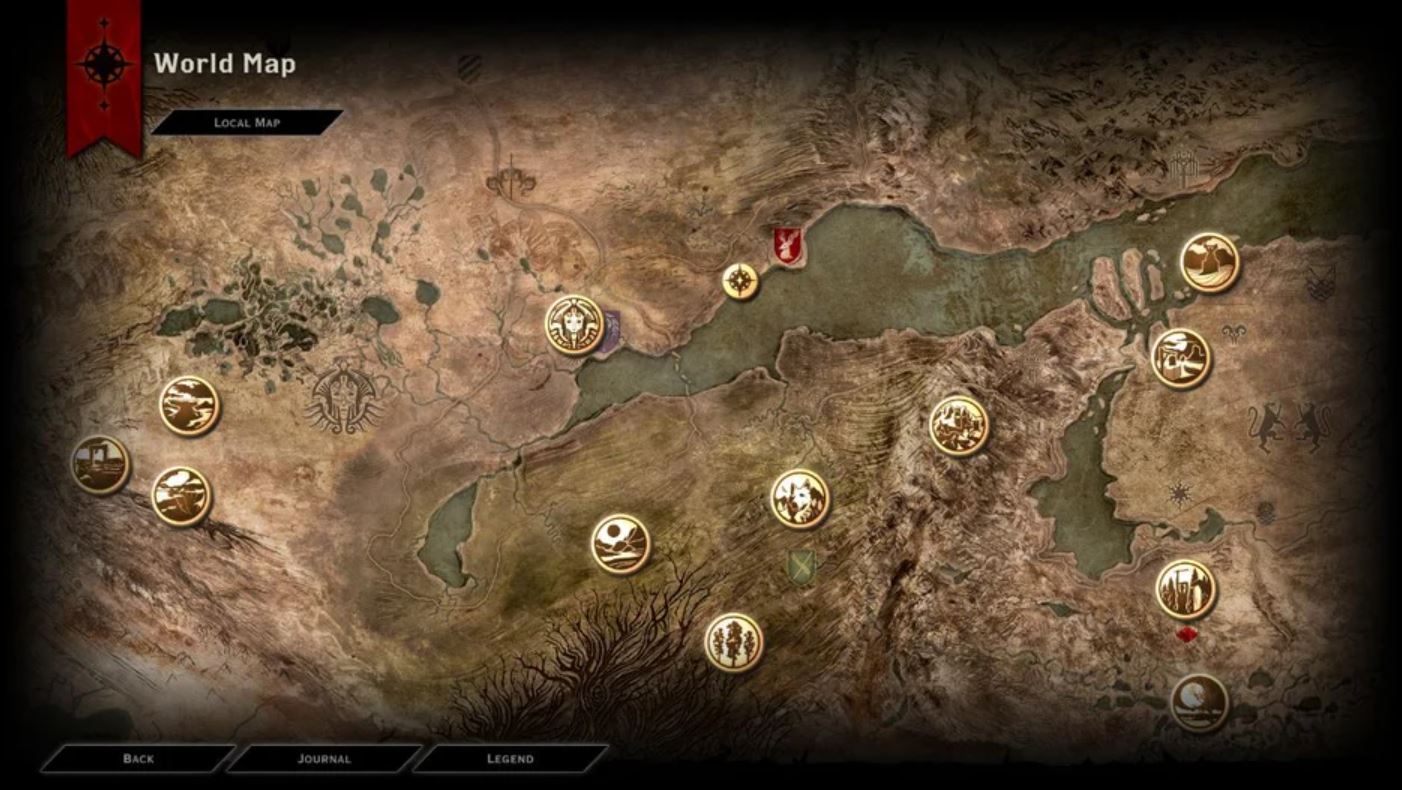 In Dragon Age: Inquisition, the war table is used to send advisors and their forces to complete various operations around Thedas in order to unlock locations, receive rewards, gain influence and/or progress the story. There are two types of operations – mission operations and scouting operations.

Mission operations take time to complete and generally gain the Inquisition rewards and/or influence. The rewards and overall completion time may change depending on the advisor deployed.

Scouting operations are always completed instantly and cost power instead. While at the table, the advisors will engage in dialogue with each other. Rewards for certain war table operations differ depending on whether or not patch 10 and/or the Trespasser DLC have been installed.

The world of Dragon Age: Inquisition features over a dozen major Areas for you to explore, all full of Side Quests and loot to exploit. Fulfilling Side Quests will gain you Power for the inquisition, allowing you to further unlock other areas.

Although the main story takes place in several of these areas, it is not required to fully explore them all. In fact, it's possible to complete the main story without ever seeing a few of the areas, even after they're unlocked. However, the opposite is also true: by fully exploring all the features and quests of all the areas before confronting the final boss, your characters will gain immense power and gear, making some of the toughest challenges a little easier. 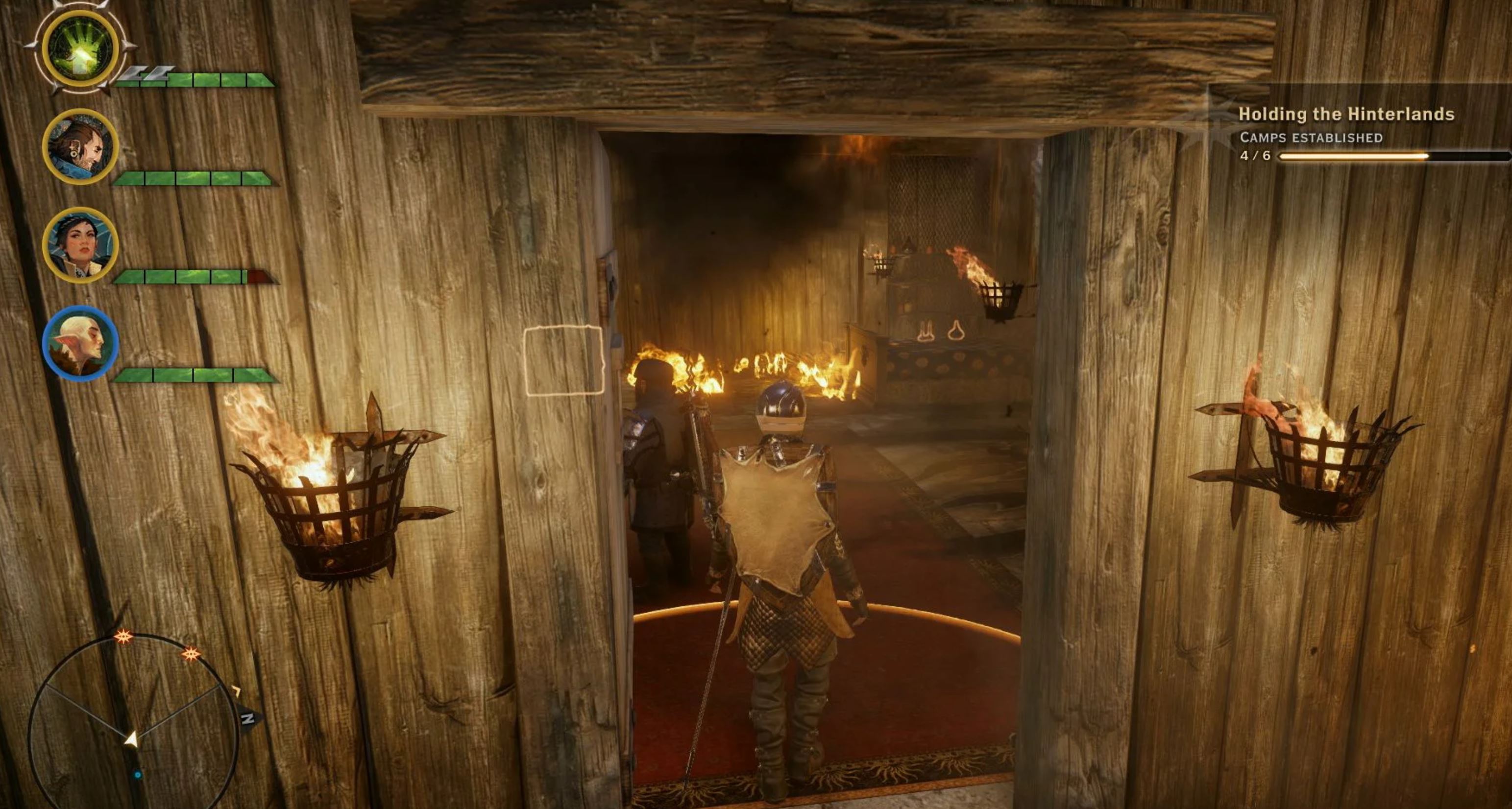 It's easy to forget that you can trigger a search pulse by pressing down on the left control stick - as it's only mentioned briefly in the game. By using the search button, any interactive items in the area will ping and have an orange outline. If you see your compass start to pulse, hitting the search button will indicate the direction of hidden items, and will reveal them once you are close enough.

This is used to find all sorts of secrets resources and quest Items.

Get a Mount Early in the Game

You can obtain a Mount very early on in the game if you are observant and make sure to investigate Side Quests. One of the first you'll hear about upon arriving in the Hinterlands is the Master of Horses quest, located in the far West of the map. Simply talking to the Horsemaster and agreeing to help make the road safe for his horses will reward you with your very own mount: A Fereldan Forder - so don't miss out!

Pick Up Items as Often as Possible

If you see raw materials or plants during your travels, always pick them up. They don't take up space in your inventory and you often need them for sidequests, requisitions, and for developing potions.

When exploring the world, you will come across locations that you can turn into campsites. Companions might say something like "shall we set up camp or move on?" Always set up camp! Collecting campsites in the explorable lands gives you power, somewhere to rest and restore your supplies, and to fast travel to when needed.

Keep Your Characters Updated With the Strongest Weapons and Armor

During the game, you will constantly pick up new weapons, armor, and accessories. Be sure to check the stats on them and keep all your characters updated with the best possible equipment. It wouldn't do to have a character stuck with low-level items in higher-level areas. You can sell lower-level items for gold.

Collect Schematics and Use Them

The weapons and armor customization looks complicated at first, but you can easily get used to removing and adding extra pieces to your items to make them stronger.

Schematics are highly useful for upgrading your equipment for effects such as increasing melee or ranged defense, adding runes to your Mages' staffs, and defending against the elementals. The latter is particularly useful when you are going to hunt down and kill the ten high dragons.