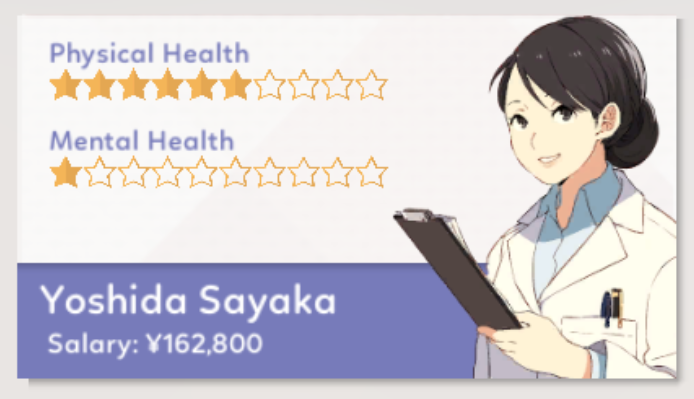 First of all, here are a few things you should pay attention to in Idol Manager

- BIG MONEY is in Concert and then Singles once you have gotten at least 10-20k fans. Do not get too attached to Performance or Jobs. Just go Promotion full tilt so you can have more fans to sell Singles to and open Concert for.

- Physical Doctors are worth it. Get the Professional one as soon as you can because break rooms only help a little. Use the bank's loan if you cant clear Fujimoto's conditions quickly. The more stamina your idols have, the faster they can dish out singles and concert, which leads to big money.

- Do not coach or do radio/internet/tv shows . These activities drain your idol's stamina which is vital for the company's financial survival. Do them only after you have established financial stability with something like 30 mil cash loan-free. 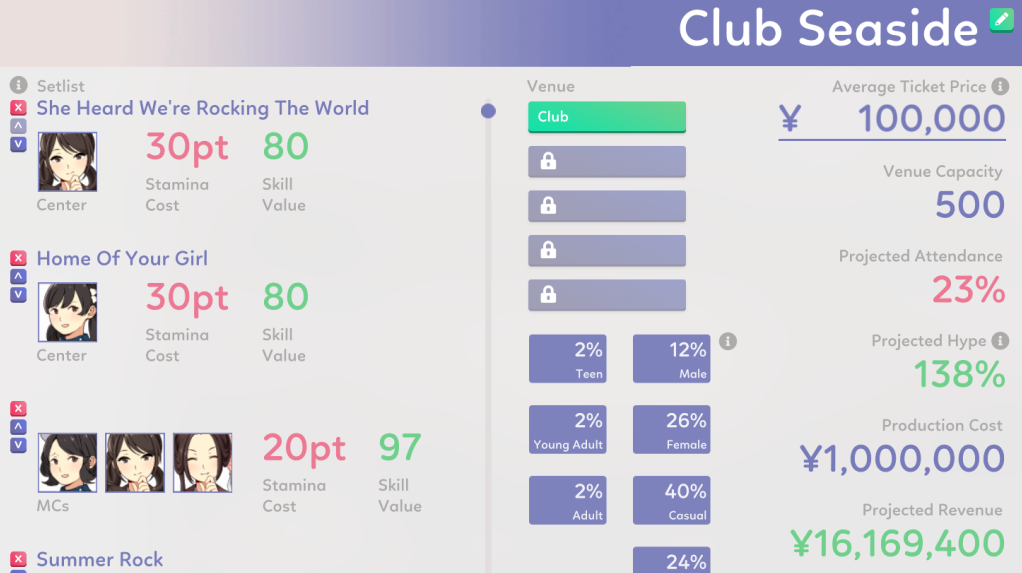 Your initial step-by-step toward Financial Independence should look like the followings :

3) Do the necessary steps to unlock Promotion level 3 (about 350 fans a day) then spam it until you have 20k fans. This is VITAL.

4) Release 4 singles in the 2nd month (1st one should be the highest score with the highest idol in center, remember to diverse the other singles to other idols)

7) Hire a physical doctor and build a breakroom to make sure your idols are choke full of stamina for the concert then do the 1mil audition to hopefully get a Gold or even a Platinum. (This is not necessary but nice to have. You can get rich with just silvers alone)

8) Release 1-3 more singles in the 3rd month with new idols then edit the concert to include them. Then do the concert.

9) Roll in money then use it to pay off loans.