Sleep With the Fishes

Special Announcement 10-25-2021Hey everyone! So this game has changed a LOT since I last updated this guide (I mean, we even Full-Launched the game!) and I'm actually hard at work creating a brand NEW guide for Atlantean that is going to be less of a play-by-play build order and more of a comprehensive deep-dive of my thoughts and strategies for using Atlantean Legion. You'll see some similarities, for instance the new guide I'm writing still opens the same way (Grarl Wave 1 into Eggy on Wave 2), but it's going to differ fundamentally in its approach. Rather than rattle off a stringent "build this on wave X" I'm going to go with a more informative "here's what I typically like to build for wave X, depending on XYZ."

That might appear the same at first glance, but as you'll see when I finish and publish the guide, it really is a drastically different way of presenting the content that will hopefully achieve two goals:

First and foremost (and a little selfishly), it will make the sequel much more future-proof so I don't constantly have "oh man, Legion TD2 just dropped ANOTHER patch, I really gotta update my guide" burning in the back of my mind. By making it more "thought process" oriented the guide inherently needs to be changed less, as the core concepts I'm touching on are more likely to stay relevant across patches. For example, me saying "build a Grarl here on wave 9" needs to be revisited every time Grarl gets changed, wave 9 gets changed, and sometimes even if other things seemingly unrelated get changed (if worker counts or wave length change, the difficulty of wave 9 will inherently change, which means Grarl might become either more important or less important for that wave).

Secondly, it will ideally impart unto you a greater and deeper level of knowledge and understanding. In the new guide, I'll be saying stuff more along the lines of "I usually like to build a Grarl on 9 because it's melee, and therefore unaffected by wave 9's ability, and its attack/armor types are favorable for both wave 9 and 10 with a potential to upgrade to King Claw that's even more favorable for 10." This way, even if a future patch makes Grarl completely unnecessary for wave 9, all I have to do is say "I USED to build a Grarl on wave 9 because XYZ, but now because of ABC, what I like to do instead is..." and in this way, you are leaving the guide that much more aware of not just WHAT to build for wave 9, but also WHY you're doing what you're doing, and HOW what changed affected what you're doing.

With regards this guide here, I've decided in the meantime that the best thing for it is to "soft" retire Sleep With the Fishes. It's going to stay visible to the public, as the general info is still relevant and useful, but updating this ancient beast properly just isn't in the cards anymore. Too much either has already changed, or has the potential to change in the future. The rest of the guide is presented below, untouched in all its former glory. I'm weary of giving a time-table (since I'm SO GOOD at following them /sarcasm) but I do hope to have the new and shiny guide up quite soon.

Until we meet again in my next guide!

Quick Note as of 5/11/21So it's been a while, to put it mildly :P But I haven't forgotten this guide, just been super busy with RL stuff. My life will hopefully be calming down a bit now and I'll be working on updating this guide again to reflect up-to-date changes. For now I've left the original guide content intact but I hope to have updates for it Soon™

Hey there! I'm Dimlhugion and this is my personal build order for Classic 4v4 Atlantean. This build is intended to be a safe and solid foundation for newer players looking for some ideas to help jumpstart their own builds. It incorporates the basics, such as generally staying within 100 to 125% of recommended value, establishing a strong tank and dps line, and building a formation around auras, all while still allowing a healthy economy.

I decided to share this build for two reasons: first, the LTD2 community hasn't had an updated strategy guide revolving around pure races in a long time, and I thought it was about time we had one that was made by someone willing to put the time and effort into keeping it up to date. Secondly, I was curious and excited to see what kinds of improvements the community might make to it. If I can get over a 60% Classic win-rate with this build, imagine what YOU can do with your own personalized take on it!

Before We Begin: How To Enable Grid Position Text 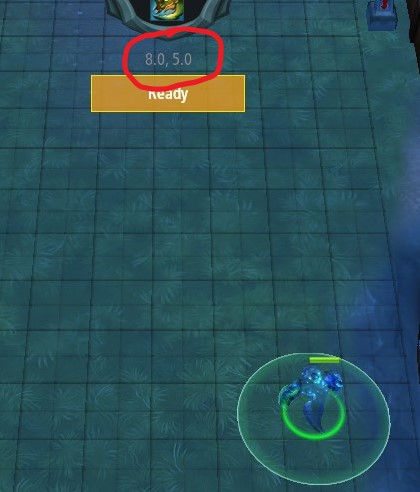 This build employs a very simple layout: I will list the Wave #, what I recommend building, and the coordinates for WHERE to build it. Those coordinates can be seen in-game by enabling an option called "Grid Position Text." A step-by-step on how to do this are as follows:

2.) Navigate to the Interface Tab

3.) At the bottom, toggle "Enable Deploy Grid Position Text" to "On"

4.) In-game, deploying a unit (or clicking on an already deployed unit) will show X,Y coordinates 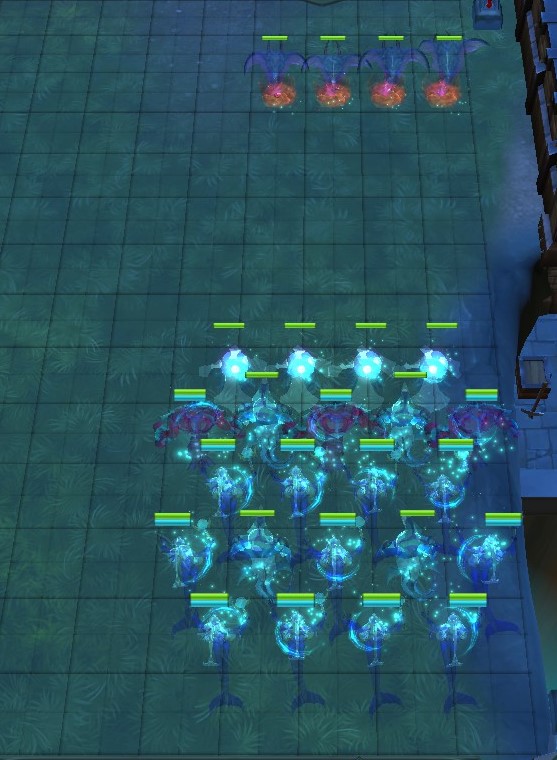 Early game is a bit more rigid than the mid and late game, so there's a bit more explanation behind the choices I've made. Later on (after wave 10, and especially after wave 15) individual game-by-game variances will be high, so I give less explanation because you have more freedom of choice. Did your opponents skip sending on 15 and 16 to bomb you on 17? You might want to start overbuilding in that case. Did you get a good Legion Spell and find yourself way ahead on value? Try pumping more workers to help your end-game scaling.

Do NOT hire any workers! Grarl's ability, Delicacy, lets us sell it for 90% of its deploy cost. We're going to need all the gold we can get for wave 2.

This setup WILL hold any combination of 40 mythium, including a Turtle, but it'll be close.

Do NOT hire any workers! We need at least 90 gold for wave 3.

Placing the serpent here draws just enough heat off the egg to survive a 60 mythium send from your opponent.

Starting after you place the serpent, you now want to hire workers.

1.) Build nothing, just keep hiring workers - HOWEVER, you want to make sure you will have 145 gold available for wave 6. Depending on the game, you will have anywhere from 7 to 9 workers by the time wave 5 ends.

Hello, old friend! We will need 185 gold for the next wave. Spend any extra gold on workers.

You'll need 181 gold for wave 8. Any extra above that goes to workers.

We're only going to need 145 gold for wave 9, so here will be another major worker push.

Two Grarls will wreck this wave. You're going to need 275 gold for wave 10. As always, dump extra money into workers.

The slow effect from King Claw trivializes this fight. Pump workers, but be sure to save 250 gold for wave 11.

More workers for the worker god! Just make sure you have 275 gold left for wave 12.

Once wave 10 ends, you can select a Legion Spell. You have a lot of flexibility here. By now you should have 15+ workers and at least 200ish income. If you get an aura one, like Hero or Vampire, it should go on the Templar as it will buff everything around it. That's the whole purpose of building in such an odd formation. However, do not discount the potential that raw gold can yield - even in the form of Loan, that's 4 extra workers at the paltry cost of ~100 mythium worth of income.

Depending on sends, this egg might actually break, but that's fine - we're not relying on hydra like we were in the earlier waves. Its primary function is to delay the wave so your Priestess has more time to dps. You're going to want 420 gold for wave 13.

Do NOT buy any workers this wave! As soon as wave 15 ends, worker gains are doubled (2 workers for 50 gold instead of just 1) so it makes little sense to push workers now, when you could get twice the benefit in another 30 seconds or so.

2.) Upgrade all serpents to Deepcoilers

By now your economy should be high enough that you can afford 1k or more army value per wave, keeping you well in line for defense while still pumping out 100 or more workers total by the time wave 21 rolls around. Your final end-game composition should look something like this at the minimum:

After wave 10 or so, the game really starts to open up. You might find yourself in a really good position army-value wise, and could try and skimp on some of the recommended towers in favor of pushing extra workers. Or, you might find the opposite to be true, and your opponents are saving up for a big send on 12, 13, or 14. In that case, cut back on worker production and build extra towers.

This guide is a result of my own personal strategic refinement, but every game is different! What works in one game might not work in the next, hence why guides are so difficult to write. Hopefully though, at the very least Sleep With the Fishes will give you a sound starting point for your own strategies. I hope you enjoy yourself in LTD2 and be sure to leave comments on what you liked, disliked, or thought I could do differently in this guide!

See you in the game,