This guide is for people who bought this game thinking it would be a throttle, brake and steering racing game but find so many controls on the screen without any tutorial explaining the uses of each item. This is for casual gamers who directly want to jump into a custom game. This guide does not tell about tricks and tips.

Types Of Tyres And Compounds 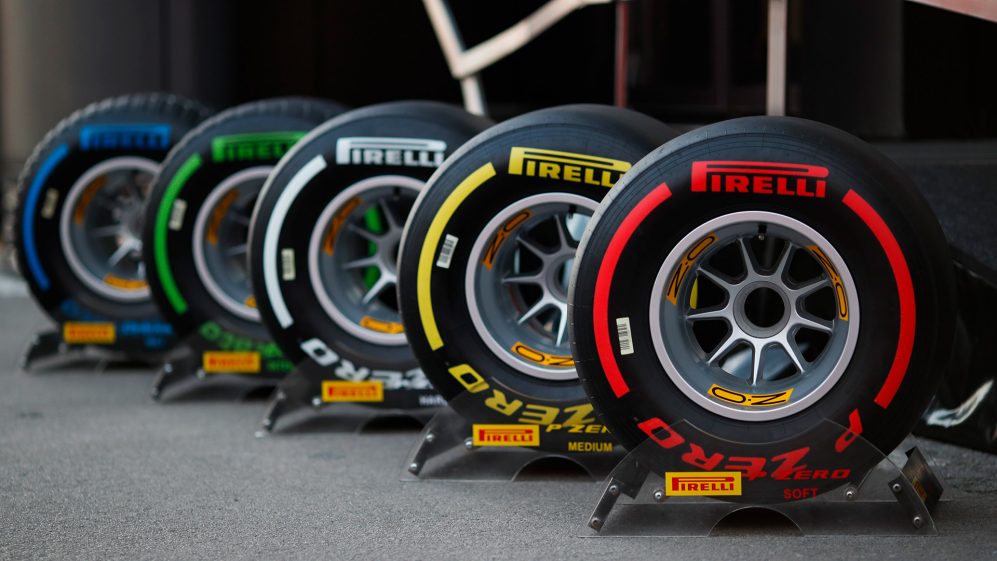 At each Grand Prix every team is given access to two specifications (or compounds) of dry-weather tyre. Unless conditions are wet, drivers must use both specifications during the race. "S" stands for soft tyres, "M" for medium tyres, "H" for hard, "I" for intermediate and "W" for wet tyres. C1 means compunds 1 where C1 is the hardest and C5 is the softest.

Softs - These tyres have the maximum amount of oil in them and provide excellent grip. Hence they are the fastest set of tyres. They deteriorate really quickly and don't last long. (Red)

Mediums - Theoretically this is the most perfectly balanced of all the tires, with an ideal compromise between performance and durability. As a result, it is very versatile, but often comes into its own on circuits that tend towards high speeds and energy loadings. This is a low working range compound. (Yellow)

Intermediates - A variant between hard and full wet tyres. To be used when the track is slightly wet. Faster than full wets. (Green)

Full Wets - These tyres have full treads and are only to be used when it is raining or the track is really wet. Will deteriorate really fast if used in dry conditions. (Blue)

Over the race weekend, each driver has access to 13 sets of dry-weather tyres (seven of the harder ‘prime’ specification and six of the softer ‘option’ specification), four sets of intermediate tyres and three sets of wet tyres.

The other information regarding tyre change are not necessary for the game since they are automatically changed every session. 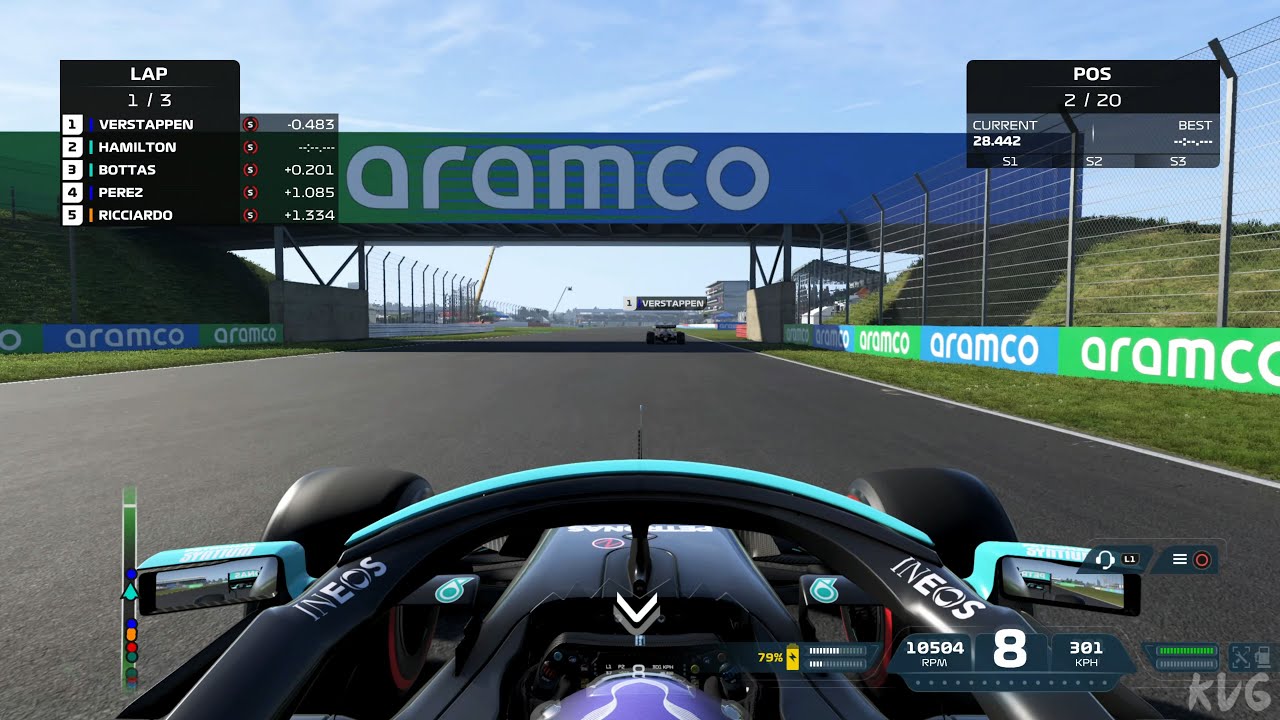 Don't even mind if you are a beginner and keep it in standard. You can start changing it once you get a hold of the game. Fuel mixes basically means how much fuel the engine is using, the more fuel it uses, the faster the car.

Rich is the maximum amount of fuel you can use in the race and you'll want to be using that when trying to overtake, defend or when you're trying to build a gap. You don't want to use it for too long though otherwise you'll run out of fuel before the race end, like I did at the end of my league race losing me the win on the line.

Standard is what you'll want to do the majority of your race in. It's easy on the engine, doesn't use up more fuel than predicted and what the majority of cars will be in.

Lean is the slowest of the fuel mixes, only generally used if you don't have enough fuel to complete the race and need to get positive on your fuel delta. It is also a good mix to be in if its heavy rain and you need to dull engine power to minimize wheel spin.

Don't really need to use this one the majority of the time, if you are struggling with front or rear locking of the wheels under braking adjust it accordingly. You'll generally want to be running around 59%. If you find your front wheels locking reduce this to around 56-57%. If your rear wheels are locking increase it to 62% or so. You can easily find front wheel locking by seeing smoke coming from front wheels during braking.

This is something you'll want to keep around 70%-75% for most tracks. The lower is it the better traction you'll have, but that is the cost of outright grip. The higher it is the better grip you'll have but it is much easier to break traction. Generally in the wet or on street circuits you'll want the diff right down at 50%-60%

This system is what turns the petrol Internal Combustion Engine (ICE) into a hybrid, as it adds around 160 bhp to the car’s output. The energy from the turbocharger - Motor generator unit - Heat (MGU-H) and energy from the brakes Motor generator unit - Kinetic (MGU-K) and stored in batteries and can be deployed whenever needed. The best way to understand what these modes mean is to imagine them as the fuel modes, but the key difference is that instead of it being constantly drained, it’s recharged during the braking zones. In this season we only have one mode : 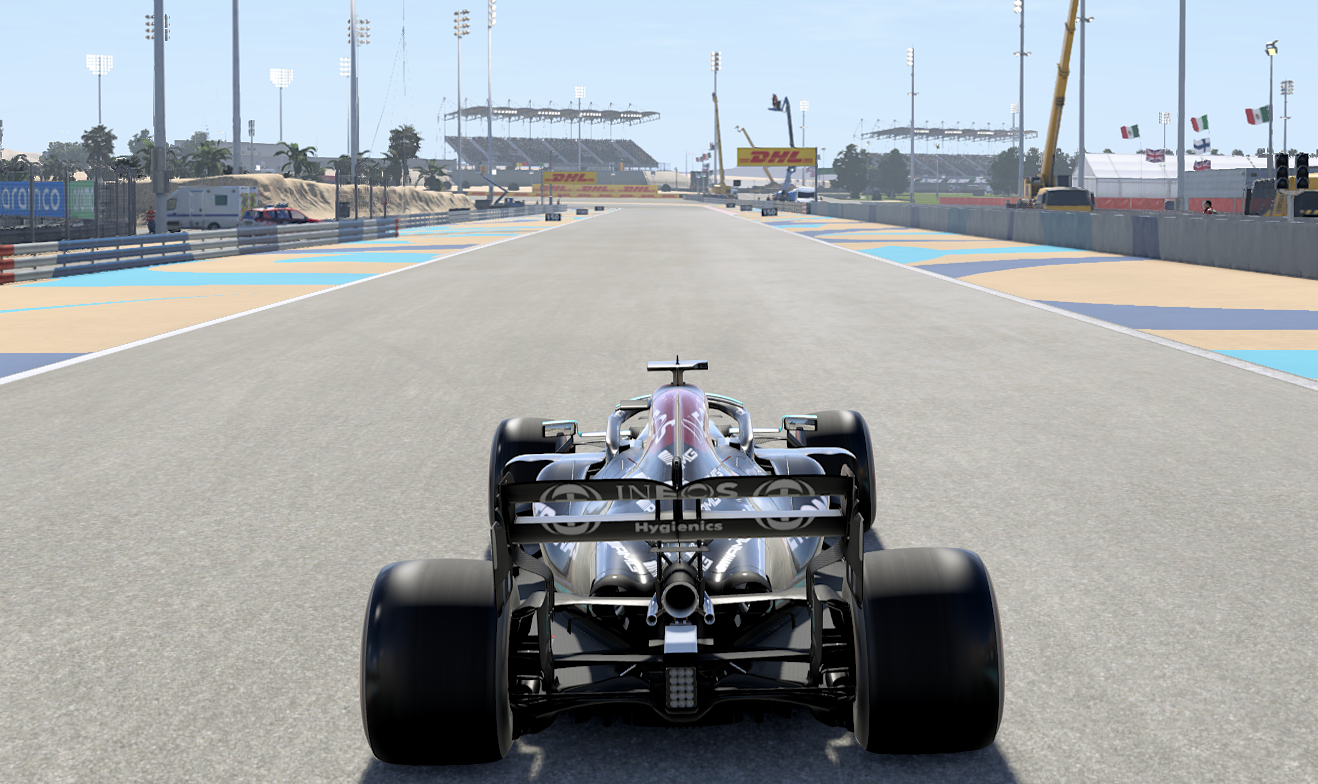 DRS stands for Drag Reduction System. When a car is less than 1 second behind a car a flap opens up in the rear wing. The rear wing helps create downforce in corners but creates drag or slows the car down on straights. By opening the slot, the car is more aerodynamic and faster.

DRS can only be opened on certain points - theses are the DRS activation zones - they are always on straights. It is marked as DRS as in the picture above and the activation can be done on touching the line. The distance for the activation zone is displayed in your MFD in orange coloured numbers near speed. You have to manually press the required button. It switches off automatically when the zone is over. It usually gets activated in the second lap or so and not available during safety car.

As i said before for a driver to have access to DRS he has to be less than 1 second behind the car in front. the detection zone is where this gap is measured i.e. if you are less than one second behind the car in front at the detection zone then you will have DRS in the subsequent Activation zone. You will get a beep sound to let you know that DRS available

F1 cars are now so finely tuned to control air flow over the car when they are close behind another car they get what is called "dirty air" this is where the air is so turbulent it is not flowing over the car in an ideal way. this makes overtaking hard as when you are close to overtake a car your car is really hard to drive. DRS is supposed to negate the loss of dirty air. 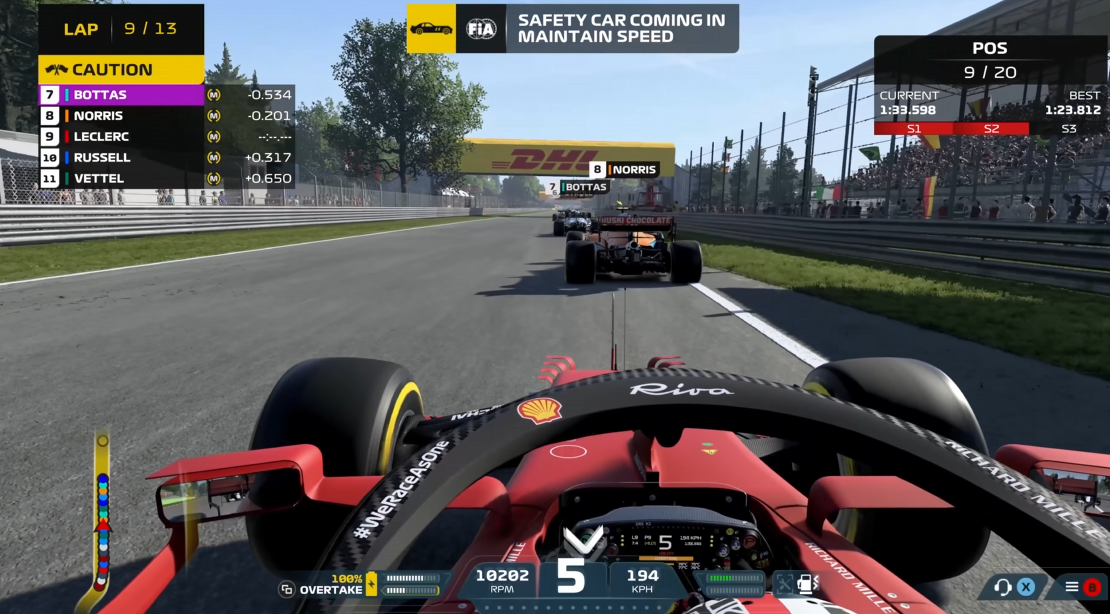 Yellow flag means that there is a debris on the track or a slow car and that you should be careful during that section till the green flag is waved. No overtaking is allowed in the yellow flag section as marked in red circle in above picture.

Green flag means you that sector is clear and you can continue racing.

Blue flag means the backmarkers (people who are lagging a whole lap behind race leaders) should let a fast car overtake, if not they are given a penality.

Red flag, I have never red flag being waved in this game but it means the the race is stopped and all cars must return to pit.

Black flag is waved along with the driver number meaning that you have done some forza horizon level crap on the track and you are eliminated from the game.

I would'nt worry about penalities if I was a beginner since those are automatically deployed in the game and you don't need to do anything. You will automatically understand them once you play a few games.