Hags are around as tall as Bruisers / Wretches / Breakers, pale white, very thicc up top and have a lot of "feelers" you will see violently vibrating.

They do count as a boss but are (kind of) optional on some maps. They are tough and take time to kill, but to give you a break won't be trying to eat the person the whole time, and will try to escape and try again.

She's most dangerous when the team is split, slowed by specials and ridden, making it hard to run from her, do damage to her, and save a teammate once they are grabbed. At this point if she digs away with the teammate they will die and respawn later, but you want to do your best to stun her before this.

When The Hag Will Spawn 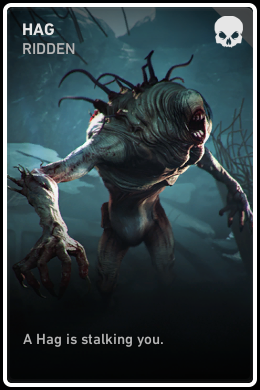 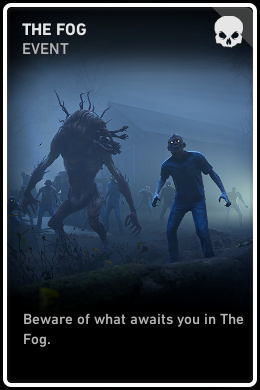 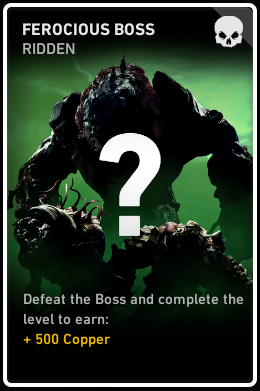 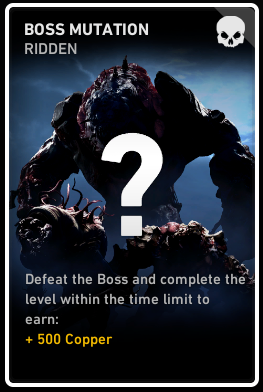 Corruption cards that spawn the Hag:

Sheeeesh she got that Gru figure!

This will just spawn a Hag for the level that will appear pretty early on.

The map will be filled with a lot of mist, you'll need to be near players to see their states (a cloud icon appears over their status bars), and it'll be very hard to see and highlight specials/the Hag before they're close.

This card will include either a Hag, Breaker, or Ogre with different stats.

The Hag Spawns: You will hear a LOUD mess of instruments and chimes that symbol that the Hag has left her mother's basement. She will keep spawning ahead if you run far enough, but relatively quickly will catch up from behind. If there's no bonus, you can just keep running ahead, but if you get stuck in one place because you ran into 3 specials and someone triggered a horde, it's going to be trouble. So consider destroying her early.https://youtu.be/DTaUcuAWiQA

The Hag Moves: The music will go a little quieter, and begins to swell as it moves about and decides where it thinks you currently are.https://youtu.be/tF0h6xeZNzY

The Hag Searches: The music will die down as the cheeto dust settles and she realises you're not there, and stresses out over being stood up as you are bought a few seconds of safety.https://youtu.be/g6pG9ALlPOs

The Hag Finds You: The Hag will scream out like a Tuscan Raider and charge someone for a sloppy. It's not easy to obliterate it straight away so you can scare it off with some damage and get as much as you can in there while she's running.https://youtu.be/yV0aqwxv8FA

The Hag Comes For Round 2: Cancel the Hag's dinner plans prematurely and then blow out her back before you make your escape.https://youtu.be/VEWUZfrHzI0

- The YouTube embed option doesn't seem to be working, hence the links instead.

Anything else that people suggest or I remember or discover I will try add it here.

I do stream also and do a bit of theory crafting and question answering so feel free to stop by.