Home cyberpunkdreams Working the Streets: Or How I Learned to Stop Worrying and Sling Crack Like a G

Working the Streets: Or How I Learned to Stop Worrying and Sling Crack Like a G 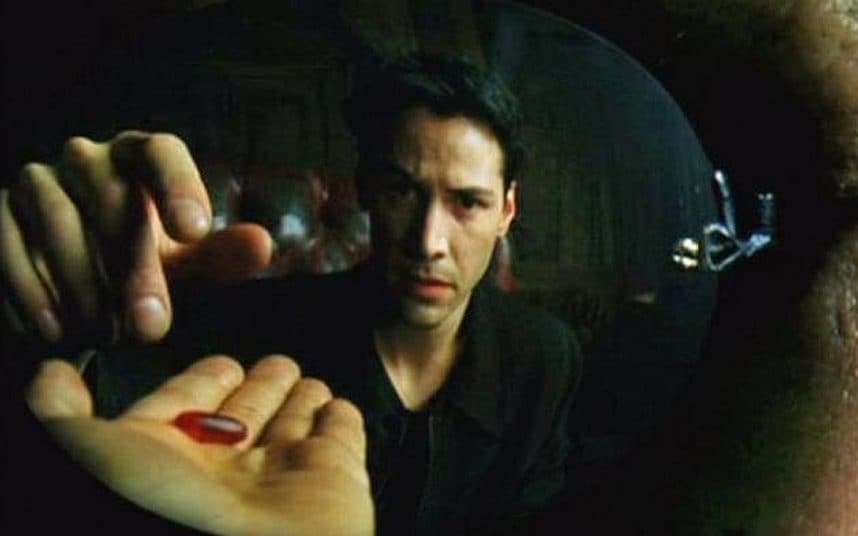 So you made it across the border into Cincinnati, and now you're wondering, "How the hell do I make money in this game?"

Now the game suggest you track down a fuel tanker and build it into a "Depot." But does your "cyberpunk dream" involve running a post-apocalyptic gas station? Mine doesn't. (Besides, it's a nearly full-time endeavor setting the thing up, and if you screw it up, you lose it.)

And maybe you made it out to the Dump, and you found out you could set up scavenging business. But does your "cyberpunk dream" involve managing a fleet of garbage trucks? Mine doesn't. (Besides, the profit margin is pretty narrow and you can only cash out once a week.)

Now maybe you did some research and you found out you could get into pimping or cracking heads as a enforcer. Finally, the kind of grimdark action worthy of the genre. Well... hate to burst your bubble again, but it'll probably take about an IRL month until you've progressed the game to that point.

What to do until then?

Well you do have pockets full of random crap from the Borderlands, right?

What if I told you, that you could sell a bundle of 80 mismatched rifle rounds for 300+ bucks? (You know, that crap you find at the Bordertown range that never matches your long gun?) Or a bundle of 20 of those drugs you'll never use is worth 300 to 700 bucks? Or a bundle of 3 to 5 good spikes can easily pull 1000+? Or four pieces of human flesh you carved of that corpse can also pull 1000+?

Do I have your attention now?

So assuming you're not boring, you probably started WTS at least once by accident now. If you're the cautious type, and haven't stumbled on that yet, there's a common Slums card about "a street corner" that'll give you the option to start "Working the Streets."

Once you're in WTS, you'll start getting cards from the Slums deck you can only get during WTS. Likewise, many locations and NPCs will have new options related to WTS as well. The basic gist of it is that you progress linearly from 1 WTS up to 100+ WTS. WTS 1 to 50 are mostly buying things, then WTS 50 to 100 are about selling those things at a profit. Of course, all of this has costs and risks, beyond merely spending cash. You're spending "Supply and Demand" (SD), with a check against "Street Sense."

Also, each linear step on WTS results in predictable cards. Wanna sell that ammo you'll never use? Happens at WTS 54-56. Psych Meds? WTS 61-63. Crack? WTS 64-65. Spikes? WTS 69-71. Human flesh? WTS 94-95. (See Graufalke's Slums - Working the Streets Guide. You probably should that spreadsheet open in the background during WTS. I do.) You can also spend actions to reverse WTS back, if you need to sell more than one batch for example.

Not really. If you go to sleep or completely leave the slums, your WTS ends and you lose ALL your Street Sense. So it's important to plan your WTS run to get as much as you can out of it. Spending a full binge here if a great idea once you know what you're doing.

Then there's the thing called "arbitrage." When you start your WTS, that's the option you should pick. ("Making a Deal" is profitable, but you need thousands in cash to actually buy the thing you're trying sell during the first WTS run. Then you have to do another WTS run just to sell it.) Arbitrage is a percentage discount to buying AND selling. Higher is better, but you have to make successful rolls against Street Sense to raise it. Missing a Street Sense roll will LOWER it. And just like Street Sense, when your WTS run ends, poof goes all your hard earned arbitrage.

...You do keep SD though. Which is better than nothing.

So I'm going to assume you got pockets full of crap to sell already. Some key things you can sell...

Assorted Ammo. Click on it in your inventory to sort it into types. Then click on the type to sort it into specific calibers. If you don't plan on using it, drag it into the box up top. (It'll say you're 'dropping it.' Not really, you're just packaging it for sale.) You can sell bundles of 80.

Assorted Spikes. Just like ammo, click on it to sort it. DO NOT PLUG THEM IN TO YOUR PHONE. It's not like you can use them either. (Oh hey, look at fancy pants with a Neural Interface. I hate you.) Drag them into the box up top. The super common stuff sells in bundles of 5 or ten. The fancy stuff in 3. At a 1000+ a bundle, I bet you didn't think you had that much cash sitting in your inventory, did you?

Drugs. 20 packs, and you shouldn't need to bundle it unless you're going for the "Mixed Bag" sale. Coke is special; click on it. With an easy roll against your Cooking skill, you can mix 20 coke with 1 grocery to make 20 crack. Crack sells for hundreds more than coke. Crack is also the most deliberate and reliable meta in WTS. (See title of this guide.)

Human Flesh. So you've been a bad boy or girl and have carved up some corpses. If you run WTS all the way to the end, you can flip 4 of them for 1000+ a pop. Not bad for something you got for free, eh? Be warned, even if you do make a tough Street Sense roll, you can still get several points of hostility anyways. (Trying to farm this is an easy way to get your ass beat or end up in jail.)

All stocked up? You'll probably want at least 200 cash in pocket as well. Early in WTS, your favored gang (Jags or Modes) will insist you either buy drugs from them, or pay them 100 bucks. Unless you want to screw yourself over, you should do so. If you're smart, you should just buy some more Coke from them.

Ready to go yet? Kinda, but not really. So, Street Sense. It's hard to get at the beginning of a WTS run. And you're going to need it early, if you want to raise your Arbitrage early. Easiest way to do this is to call your favored gang on the phone during WTS and trade Contact for Street Sense. (If you don't have at least 3 contact in you favored gang, before WTS, go get some. Stalk them at the Cheap Hotel or get Well Connected from card draws.)

And of course you're well rested, and it's your favorite time of day? (Remember, if all goes well, you won't be able to sleep for a while.)

And preferably you don't have an investigation going on in the Slums? (Not the worst thing in the world, but it'll eat up Slums cards, actions, and other resources. Such is the cost for multi-tasking.)

So now that you're out there busting your ass on the streets, here's the basic plan. Assuming you've already got all the loot you plan to sell, you want to race to WTS 50+ while building up as much arbitrage as possible, with enough SD and Street Sense to make the sale roll. (Check the spreadsheet for what WTS numbers you're looking for. Like I said earlier, I personally keep it open in the background.)

A lot can happen during that, and I don't want to completely spoil the game, so here's some general tips...

-In case you missed this earlier, call your favored gang on the phone ASAP to get you Street Sense up. Unnecessarily failing early street sense rolls can waste a lot of SD.

-Early in WTS there will be "Looking to Score." It's Coke. (See title of guide.)

-Early in WTS, you will be asked if you want to take "a Package." If you do so, expect multiple chases before you get a chance to deliver it in WTS 50+. Several hundred bucks if you can pull it off, but you might get your ass beat in the process, and derail an otherwise successful WTS run.

-SD, where to get it? Various locations are updated during WTS to give it on certain actions. The Cheap Hotel, Red Light District, and Noodle Shop all should have options now. You can also call people on your phone, but that's probably a bad idea because it'll spend contact/knowledge.

-Sometimes you'll get two WTS cards in one draw. If one changes the WTS counter, it may make the other disappear. Plan accordingly.

-You're going to be awake for a long time, and your alertness will screw you if you don't know how to manage it yet. This is why you do this during your favored time of day for the alertness bumps from the Life deck. Now that you're dealing drugs, you may be tempted to 'get high on your own supply.' This is usually a bad idea. There are less toxic (and far cheaper!) ways to boost your alertness in game, namely caffeine.

-Always end your WTS run from the card, and not just running off to bed. It should pay out in some Hard Facts.

So you've wrapped your WTS, and crashed in your apartment hard. Sure, highly addictive drugs and black market arms are on the streets now, but thousands of dollars are in your safe too. (Wait, you don't have a safe yet?! Well there's the first item on your shopping list, kid.)

Just one question left then.