How To Play Nords In Floris Module

The Nords, Aka "grrrrr Y Do U Still Believe In Jesus" 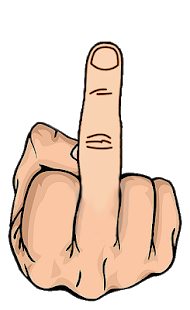 hello and welcome to another fu‎c‎k‎ing guide. first, honored guest, allow me to get you acquainted with the overall reception you will receive upon choosing nords as your primary faction in floris:

i hope you liked that, because its all you're gonna get picking the nords, b‎i‎t‎c‎h.

you know how in base warband the nords were a cool, niche, challenging faction with infantry that could roll over any non-mounted unit regardless of terrain but required a bit of intelligence to use against some foes? well, apparently, in this module, Floris (on one of his jenkem highs) decided "yeah that's cool and all but how bout we make the nords suck d‎i‎c‎k for dinner and eat s‎h‎i‎t for dessert" and then he puked in his lap and passed out

but enough of my complaining, yes? how do you actually PLAY the nords?

1. you pick the vaegirs instead (yes, in this bizarro world, the vaegirs are much stronger than the nords)

if that's not good enough for you, then keep reading below

The Nords And Their Hilariously Pathetic Units

so you've resolved to play nords in the Floris module, and now you take a gander at this huge upgrade tree. "what possibility!" you think to your naive self, not realizing every single unit is just a piece of dog s‎h‎i‎t put into different clothing to give the illusion of choice.

you can upgrade through the viking tree to reach the Viking Lord, a unit that takes far too long to train up to and dies far too fast and comes with a spear he will NEVER LET GO OF EVER NOT EVEN WHEN A LOOTER IS STANDING RIGHT IN FRONT OF HIS FACE AND KICKING HIS STUPID ‎A‎S‎S. once in a blue moon he may remember to take his brain medicine and actually pull out his axe or sword or whatever. i actually dont know for sure what they come with because thats how rarely they pull it out. theyre ok against cavalry i guess, but to just be "ok" as a top tier unit is really sad

the brute is probably one of the better units despite being mid-tier and not having a shield, because if you just mass them and put them in a castle or something they'll do pretty good damage with their two handed swords. don't upgrade them to butchers though. yes, upgrading them makes them worse. good balancing Floris

the madman -> bedlamite -> raver tree is also alright, faster to raise than the vikings but they're still not very good and get b‎i‎tc‎hslapped constantly. also, the ravers dont come with glowsticks so they can fu‎c‎k off with their misleading name

the warrior to thane tree is probably the second best out of all of them, but thats like saying one turd is less slimy than the rest. the chief warriors and champions have super bad armor and helmets so they'll often die before even reaching thane. the thane is okay though, but as i said earlier, "okay" for top tier is stupid as fu‎c‎k

they only have two archers, huntsman and master huntsman. they shoot arrows that are apparently made out of paper and held together with spit and j‎i‎z‎z because they barely do 2 or 3 damage to me wearing mid-tier armor with damage on full. that is, of course, when they're not high off berserker mushrooms and actually manage to hit me, and not the tree 400 yards to my left

i put a question mark because dude i just do not fu‎c‎king know. i've tried a lot of different s‎h‎i‎t and nothing seems to really be "good", just, "passable", in the same way getting your tooth drilled with no anesthetic is "passable". the most effective methods i've noticed so far are to either

1. let the AI do most of the fighting in autocalculate

2. mass up brutes and ravagers and just zerg rush them

thats it really. their infantry are too bad to do the work themselves like they could in wb vanilla, their archers are somehow even worse than in vanilla, they still have no cavalry (unlike the rhodoks for some reason because yeah it was the rhodok faction that needed a ‎f‎‎‎‎u‎‎‎‎c‎‎‎k‎i‎n‎g buff), and their equipment is inferior to basically every other faction.

edit: i forgot to add, there is an EXTREME lack of spears in this faction, which is probably their greatest weakness. only one upgrade line has a consistent spear, and they take a good while to get to and have really bad armor, so if they're not dying to the cavalry they're dying to archers and then the cavalry now have free reign to put hoofprints in the a‎s‎s‎es of everyone unfortunate enough to be part of your army (this includes you)

Message To Floris Himself

i doubt you'll read this but if you do, please look at the image in the first section of the guide since i am unable to do this to you irl