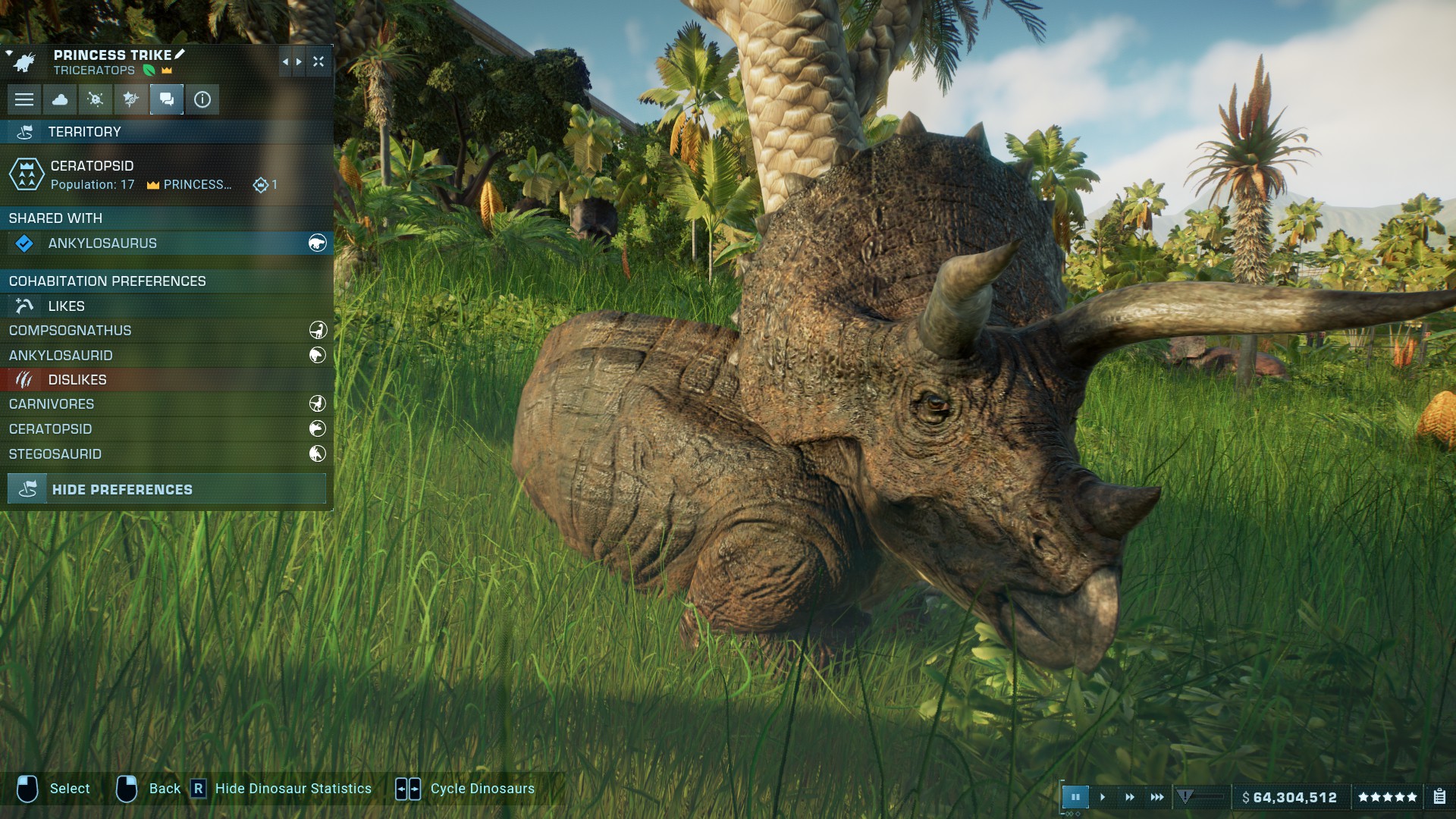 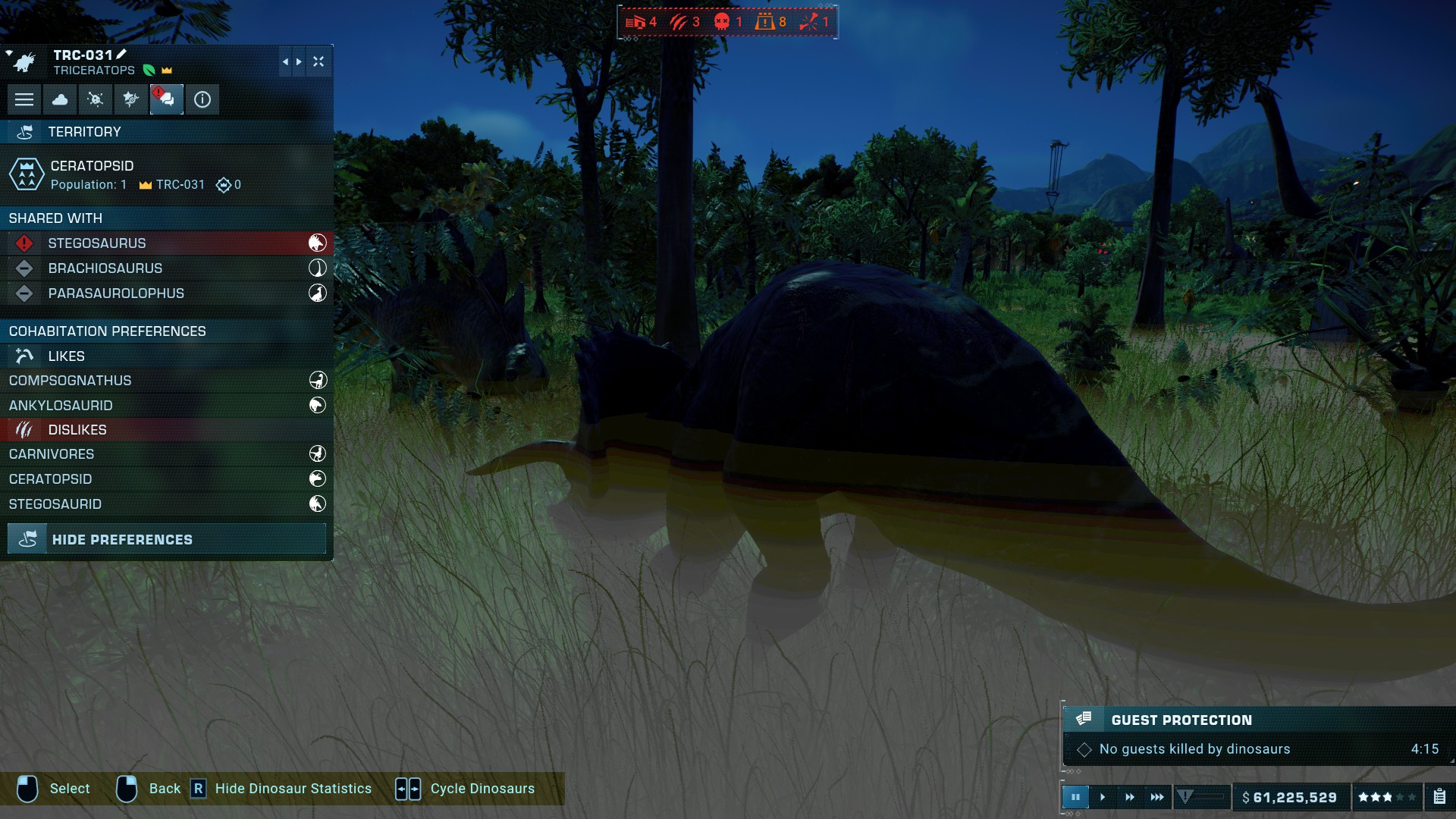 Cohabitation (or cohab) is the act of keeping multiple species within the same enclosure, which allows you to fit more animals into one space, providing greater entertainment and profit. However, cohabbing can be tricky as not all animals get along with each other - sometimes even those of the same species.

Check the dinosaur’s territory tab to see how this species feels about being housed with other species.

“Liked” species will get along with each other peacefully and never fight, with a few exceptions. Compies will get eaten by small or medium carnivores. They are ignored by large carnivores. This is a reference to how tiny animals are known to help larger animals by cleaning up their scraps and picking meat from between their teeth (see the JW3 prologue). For example, Triceratops get along well with Compsognathus and ANY species in the Ankylosaurid family.

“Disliked” species will give you a “Cohabitation Issue” alert, and become stressed very quickly. These species may either fight each other to the death, or become so stressed out that they attempt to break through the fence. Triceratops hate carnivores and ANY species in the Ceratopsid (other than Triceratops) or Stegosaurid families.

If your fence is stronger than the dinosaur’s Security Rating, the dino won’t be able to break through it, however they WILL keep trying until they injure themselves. Left alone, they will eventually die from their self-inflicted injuries.

Neutral species (neither Liked nor Disliked) do not fight each other unless they are predator/prey. However, they will raise each other’s cohabitation meters - meaning that if you cohab too many of these species together, they will become stressed out. Being with a Liked species does NOT raise this meter. Each species has a different cohabitation limit, but with most herbivores, you can typically add one neutral species without going over the stress threshold. If you go over the stress threshold, the dino will get a “Cohabitation Issue” alert.

Dinos with the Tolerant trait are 30% more comfortable with neutral species. So if you want to cohab more dinos together, be sure to make them Tolerant. Conversely, dinos with the Aggressive Trait are more likely to attack other dinos, regardless of whether they are a Liked species or not. For this reason, I always avoid the Aggressive Trait unless it is a solitary animal. 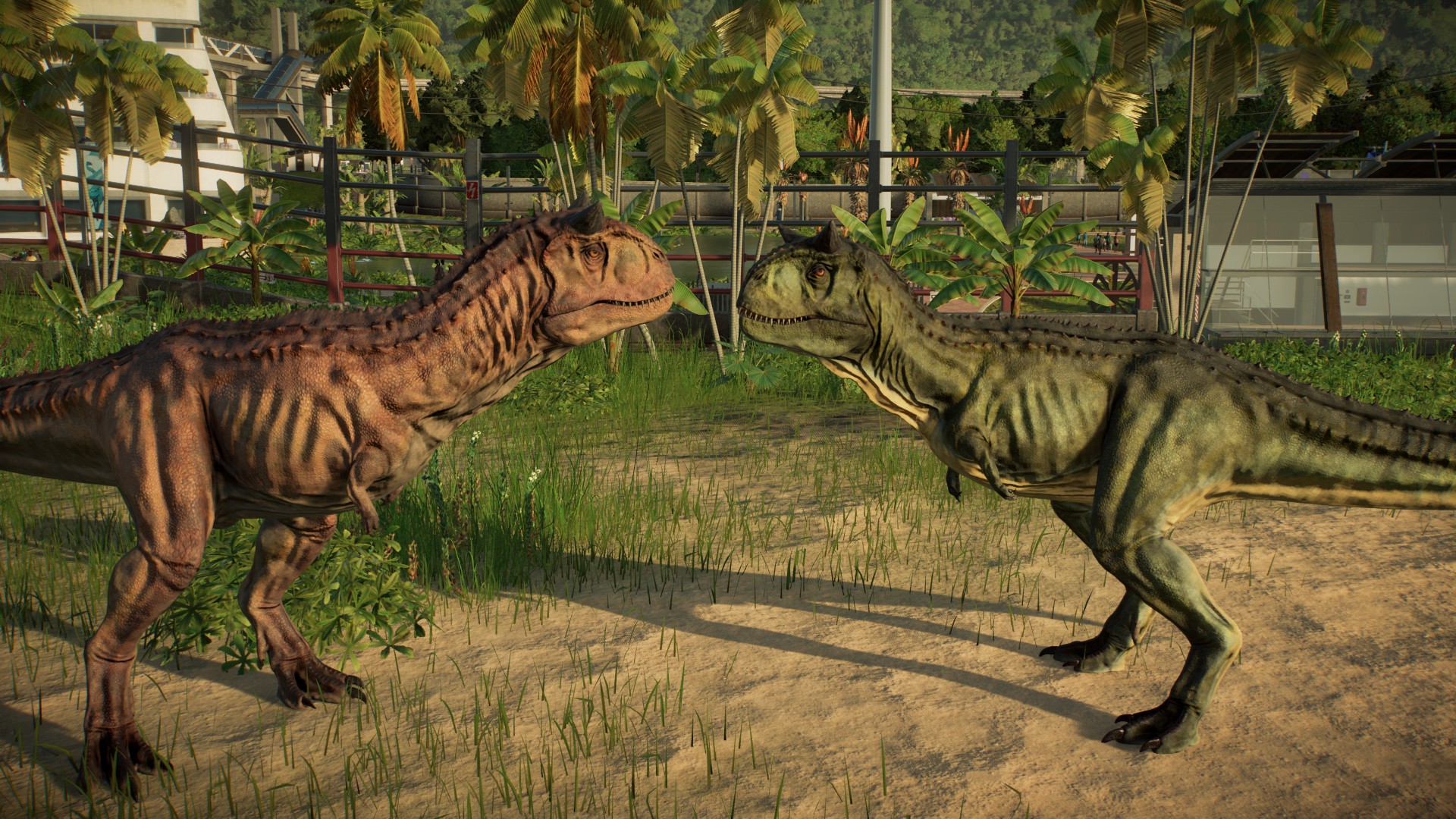 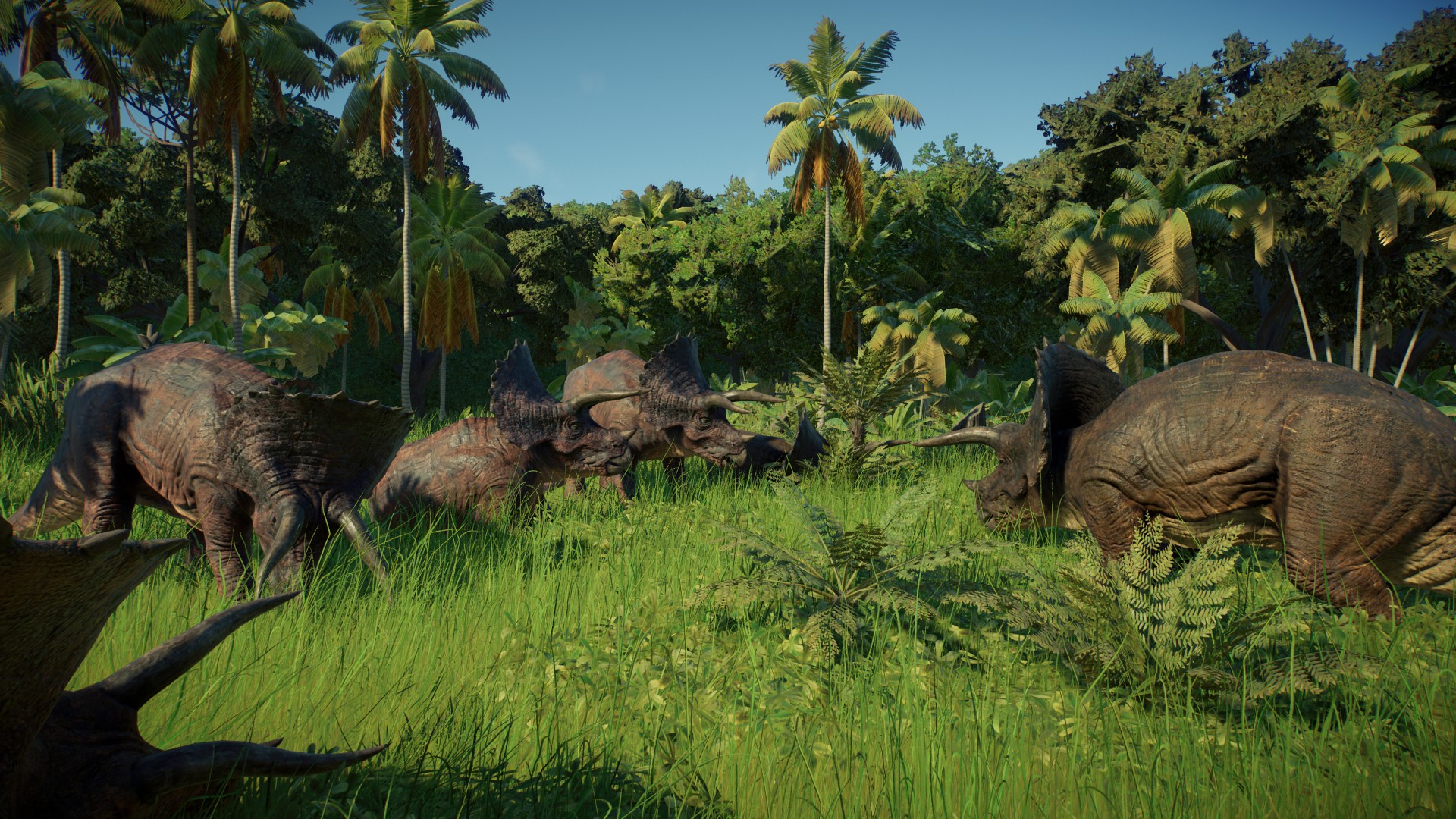 You may have noticed that some dinos will fight each other - despite being the same species and being pack animals. This is due to dominance fights, where dinos challenge each other to become Alpha. Both herbivores and carnivores can do this.

Each dino has a base Dominance rating, which can be raised or lowered based on the Traits they are born with. The higher a dino’s dominance rating is, the more likely they are to start a dominance fight. Whoever wins that fight becomes the new Alpha.

The ideal Alpha is both dominant AND strong in combat. If a dino is strong but not dominant, it won’t try to become the Alpha, and may get “bullied” by the more dominant ones. If a dino is dominant but weak, it will KEEP trying to fight, losing repeatedly and making you use the Paleo-Medical facility. So, the ideal Alpha should be able to establish its dominance within 1 fight (or less) and not be challenged again, keeping peace within your pack.

Dominance fights are rarely lethal, unless there is a large power gap between the two dinos (a Weak-Trait dino VS. a Strong-Trait dino). However, they will always incur injuries from the fight, which often require treatment from a Paleo-Medical facility (organ trauma, internal bleeding, etc.). Not only does this cost you money, but it can become very tedious.

With a good Alpha, you can create massive packs of dinos with no infighting. 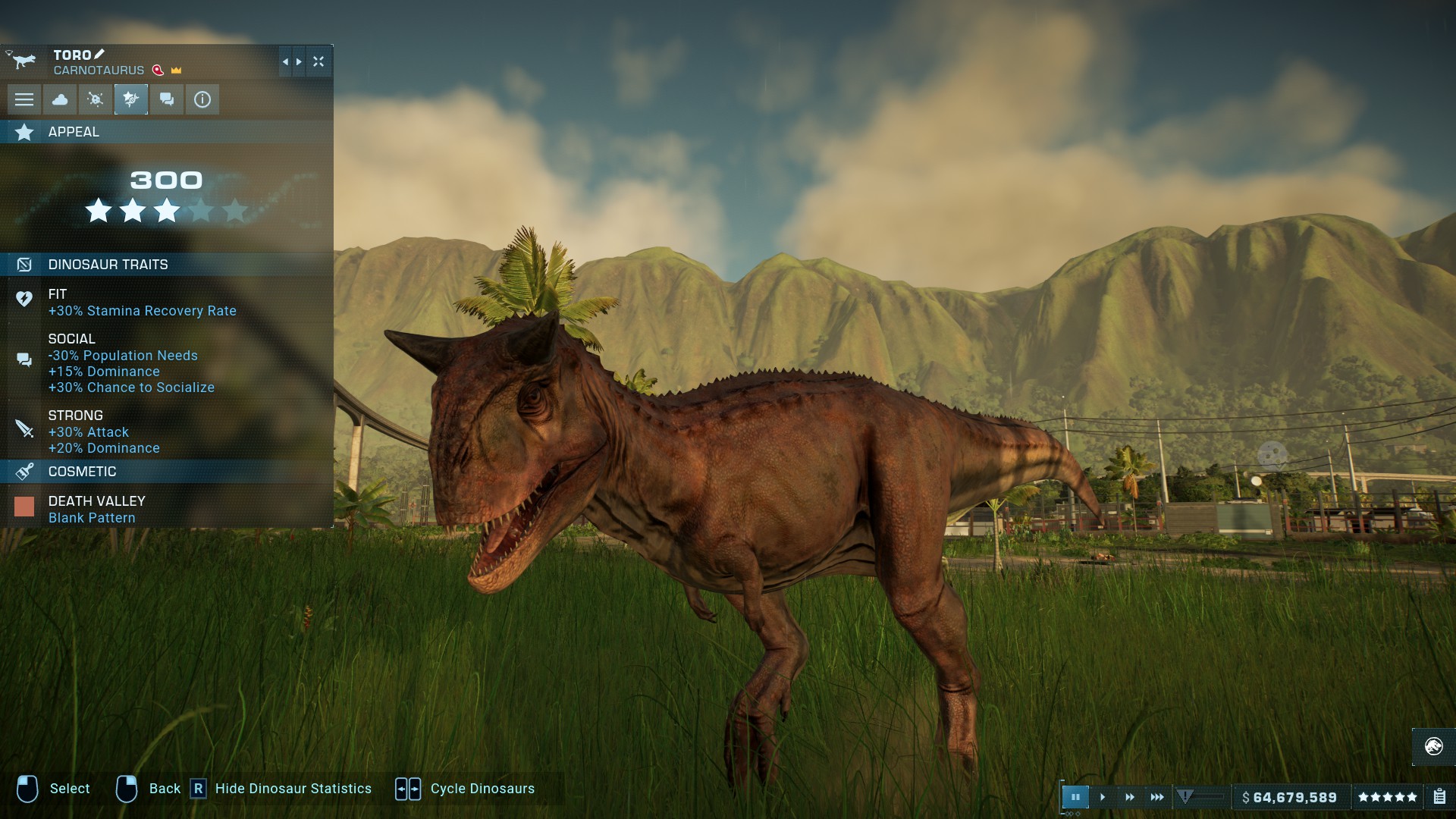 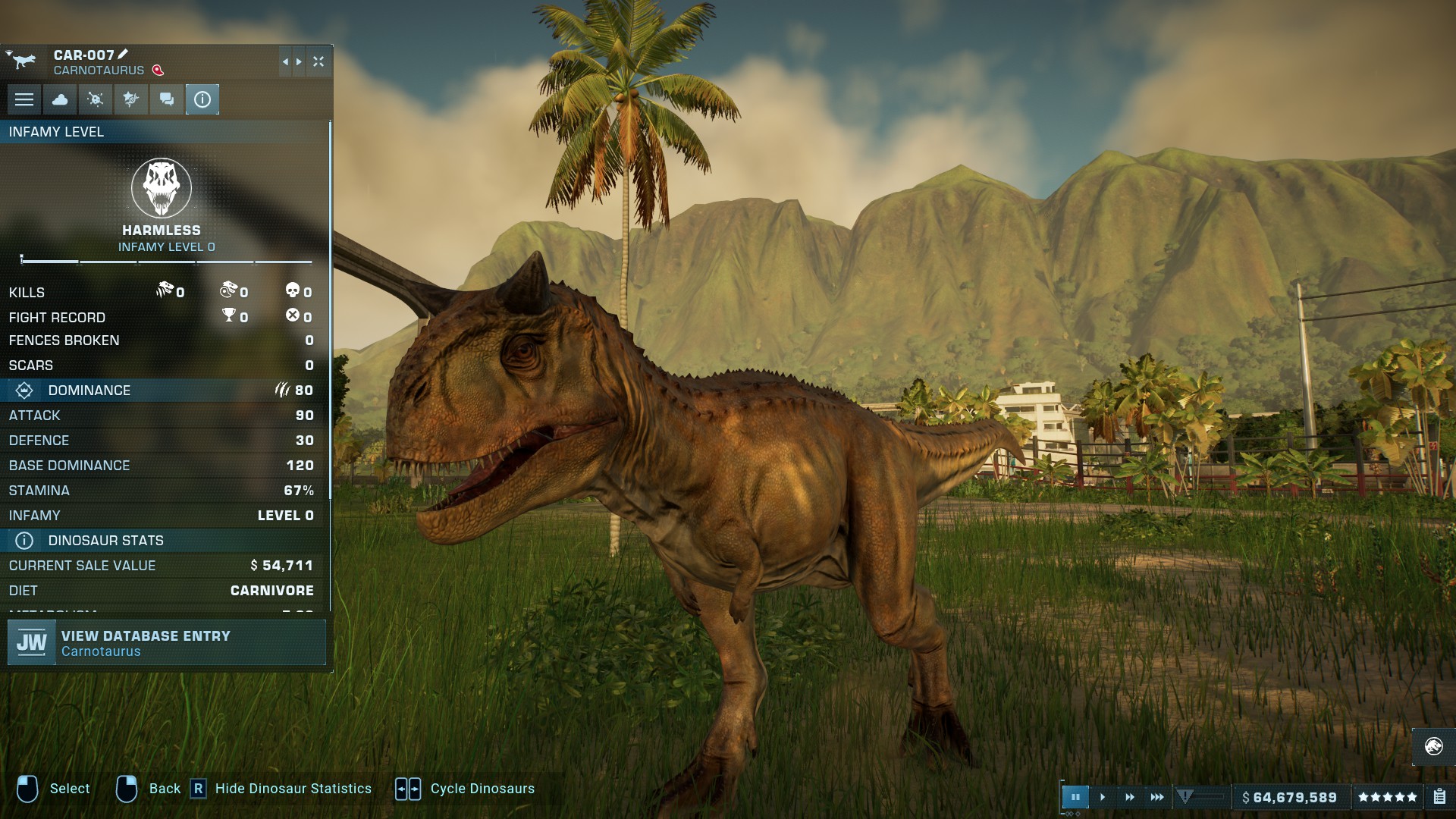 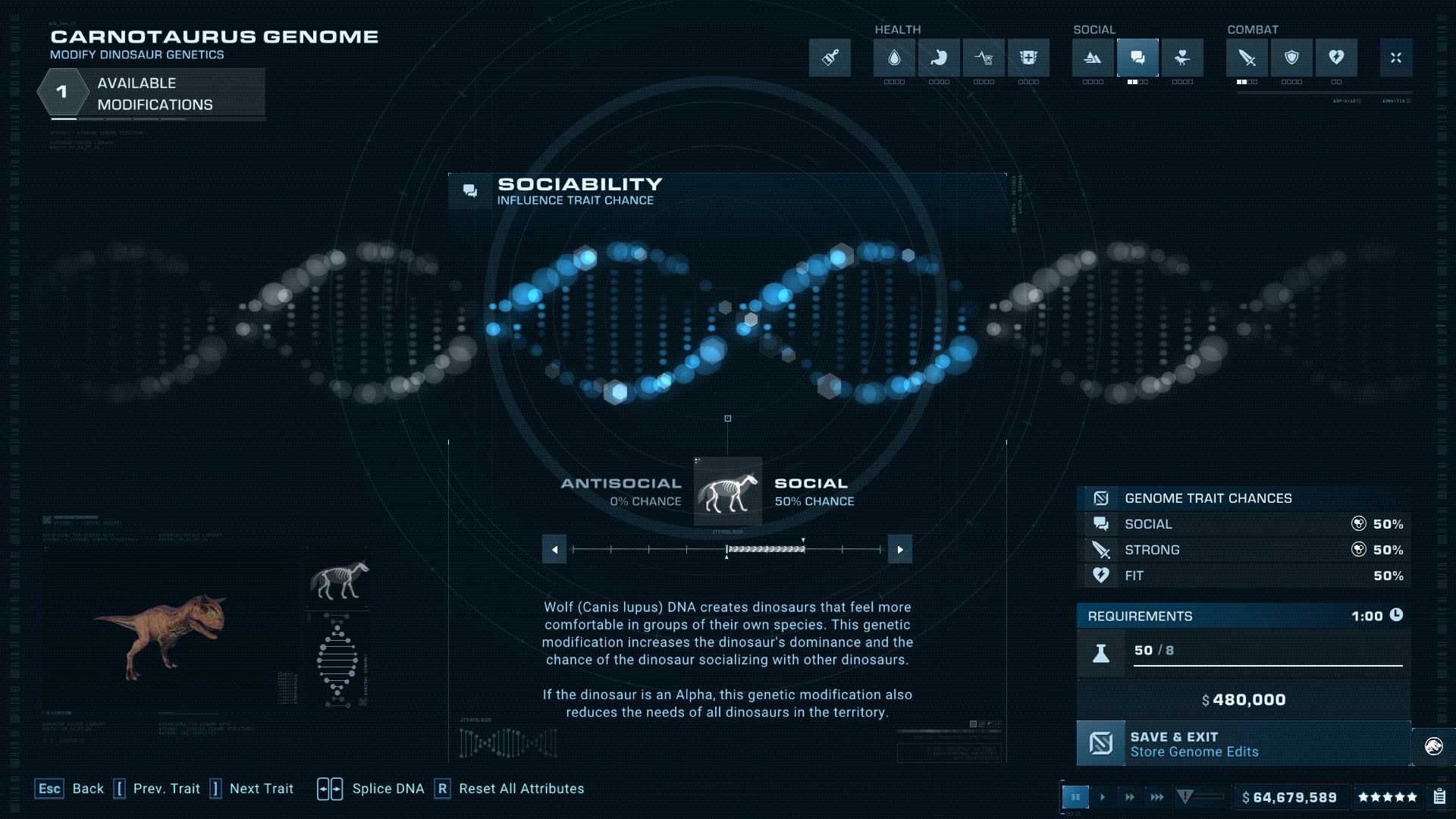 Essentially, you should always create a dinosaur that is MEANT to be the Alpha. YOU decide who the Alpha is, based on their genetic traits. If left to chance, there will most likely be an imbalance of power where the dinos fight for dominance forever.

To build an Alpha:In the hatchery, build a dino with traits that boost its attack, defense, and/or fitness to give it the edge in combat. Add any other dominance-boosting traits as well (Social, etc.). Certain traits, such as Social and Humble, will affect the entire pack if the Alpha has the trait - making them especially beneficial to have on your Alpha. The Traits you get in an egg clutch are RNG-based/random, so this might take a few tries.

To build the rest of the pack: AVOID dominance-boosting or combat-boosting Traits, including the Aggressive Trait. You may notice that some “positive” traits, such as Social, actually boost dominance. Frankly, I don’t see a benefit to adding these traits to your pack dinos as it only increases the chance of fighting. If you want to add combat-related or other traits to your pack dinos just for the coolness factor or for a (marginally) higher park species rating, you are of course welcome to do so, just know that it carries the risk of more fights and injuries.

When releasing your new dinos into their enclosure, be sure to release the Alpha first. Otherwise, another pack dino might establish dominance first, and your true Alpha will fight her when she comes out.

Note: To add as many Traits as possible, your genetic research level for that species should be at 100%. Run more Expeditions until you get the genome to 100%.

From my testing, the likelihood of starting a Dominance fight is never 0% (even with a good Alpha). This may be due to difficulty settings in the game. You may think that a dino with ~150 dominance would not attack one with ~250 dominance, but they occasionally still do, especially if they have ANY dominance-boosting trait (such as Social). The only situations where I have never seen a dino initiate a fight were if they were completely neutral in dominance, or if they had the Skittish trait.

Additionally, if dinos were recently tranquilized and moved to a new enclosure, they may initiate a dominance fight again. This may be similar to the “Establishing Territory” mechanic, where dinos are still in a period of getting used to the environment and each other. If there is only 1 occasional fight, I don’t consider it a problem, and they should stop fighting if you leave them alone for a while.

Lastly, if you have a dino that keeps fighting your Alpha and you can’t figure out why, you have two options: sell the problematic dino, or create a better Alpha.

Note: If you really don’t like this entire mechanic, you can turn off “Dinosaur Combat Frequency” or “Herbivores Initiate Fights” in Sandbox mode.

Good luck out there!