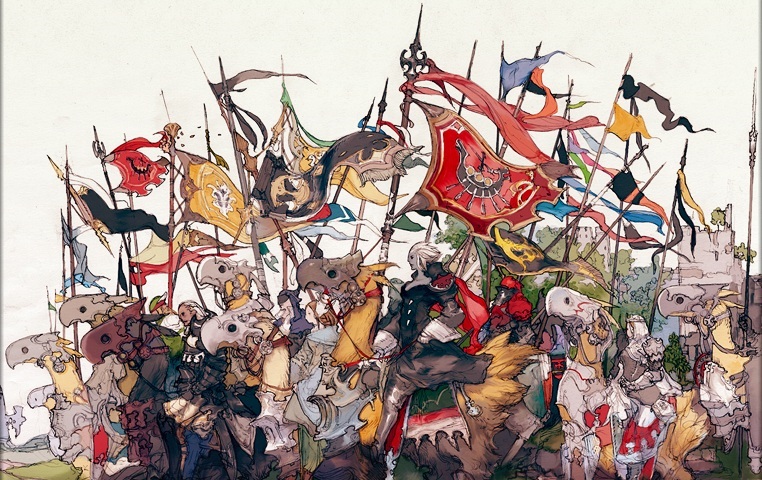 When I was new at this game I could manage to find stuff and I thought that maybe I should make a small list of important side-quests so that new players could find some content in the game that are only available through those quests.

Although this guide is discontinued, I'm really glad to say that Purple Wolf was kind enough to make the awesome Summary of Important Side-Quests Vol.2! You should definitely check out his work! 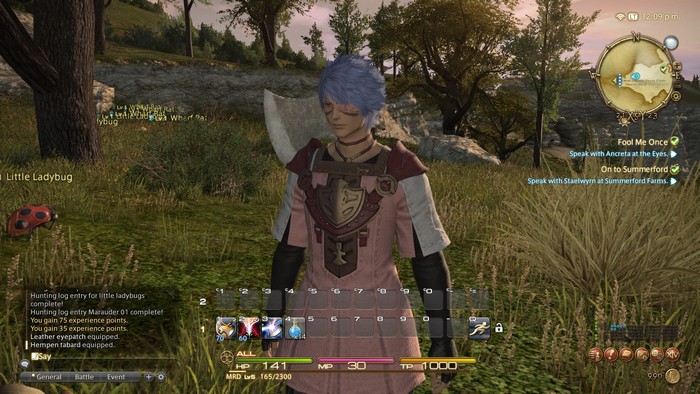 Having problems with your pink eyepatch? Yeah, I did...before I finished this quest.

Pre-Requisites: Lv.15, Orange Juice and access to the Airship if you didn't started in Ul Dah.

Basically, she is thirsty and will teach you how to dye your gear if you could be kind enough to give her an Orange Juice that you can find in any market area on the main city-states.

Changing Your Hairstyle And Color 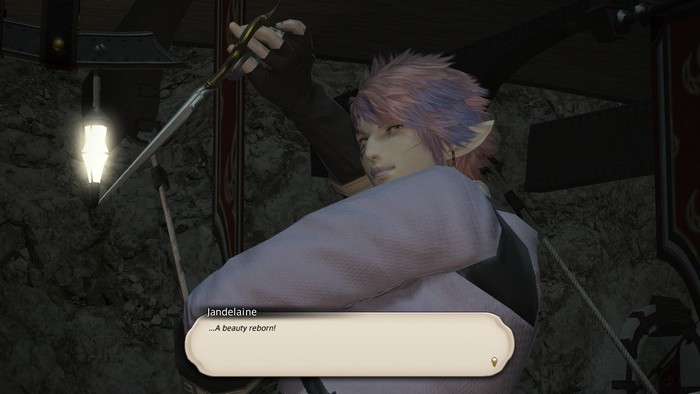 So, your hair color doesn't fit your armor now? Don't worry, because Jandelaine Joestar will help you to achieve a whole new level of fabulousness.

Quest Giver: S'dhodjbi, or "Sid" to keep it short.

The quest starts after your hear the scream of a Lalafell girl who is being attacked by some guy in pink who asks you to visit NPCs on each city-state to gather his things so he can get back on being awesome.

By completing the quest you'll be gifted with the glory of Jandelaine who will get summonable at your inn room to change your hair. 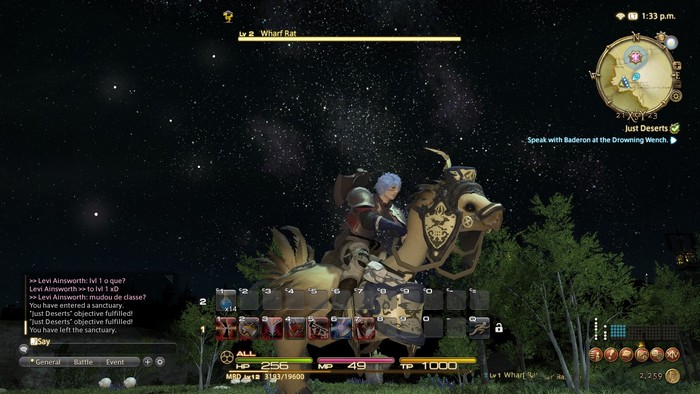 Eorzea is a big place and while the Chocobokeep is always ready to rent you a Chocobo sometimes it may feel lonely at night when you don't have one to call your "own" so, habemus Chocobo.

Pre-Requisites: Level 20 story quest Hero in the Making, being on a Grand Company, 2000 Company Seals.

While following your main quests you'll have to chose between one of the three Grand Companies and after the little introduction you should be able to get this quest from your Company Commander. He will ask you to show him a Chocobo Insurance that you can buy at the Quartermaster next to him for the sweet price of 2000 Company Seals. After you show the Commander your Insurance he'll send you to a Chocobokee

Fighting Alongside Your Chocobo 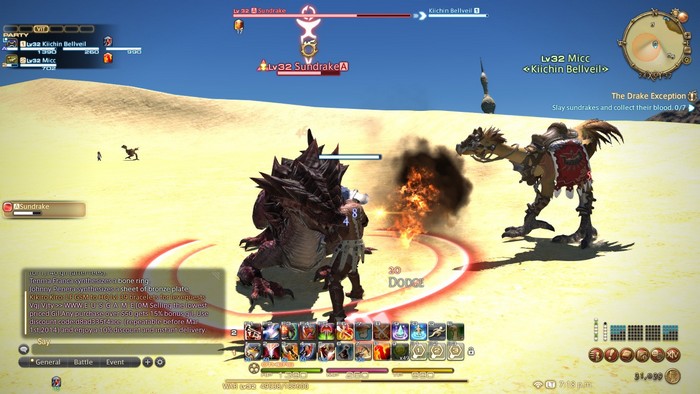 The Chocobo is your friend and will help you in battles too, that is, if you give him the green.

Pre-Requisites: lv.30, having a Chocobo mount.

Simple task, after you get the quest with Docette you'll just need to speak to Luquelot at Bentbranch Meadows who after teaching you the ultimate skills of the Chocomasters will ask for some Ziz blood.

You'll need a Gysahl Greens to summon your Chocobro, you can get those at the market areas on the city-states. 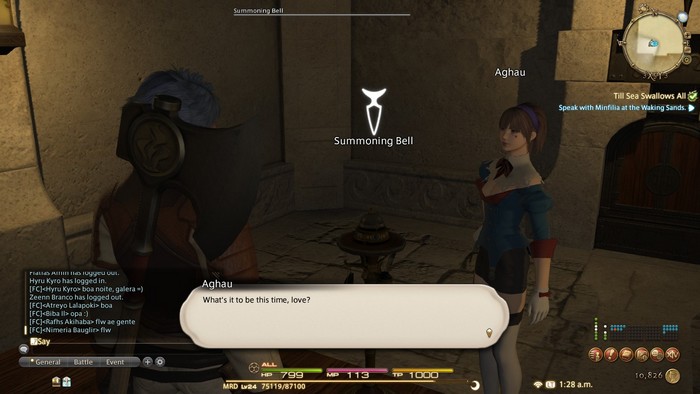 The merchant NPCs in this game sure love to make fool of us, adventurers. "Huh, did you got that awesome looking armor? Well, lemme give you 20gil...that's the best I can do". Fear not fellow adventurer, for there are the Retainers!

I know how lonely I look by doing this.

Quest Name: Not really a quest.

Place: The market areas in the the three city-states.

Pre-Requisites: You need to finish the lv.17 quest Scions of the Seventh Dawn.

You can have two Retainers and after hiring one you'll have to customize his/hers appearances and personality.

Now you're able to buy stuff on the Market Board and sell your sweet gear by summoning your Retainer using the Summoning Bell.

27/08/2015 - Changes to the "Ending and some final words" chapter, regarding the discontinuation of the guide.

22/10/2015 - Changes to the "Intro" chapter, regarding the creation of the Summary of Important Side-Quests Vol.2 by Purple Wolf! Thanks again, Wolf!

Ending And Some Final Words 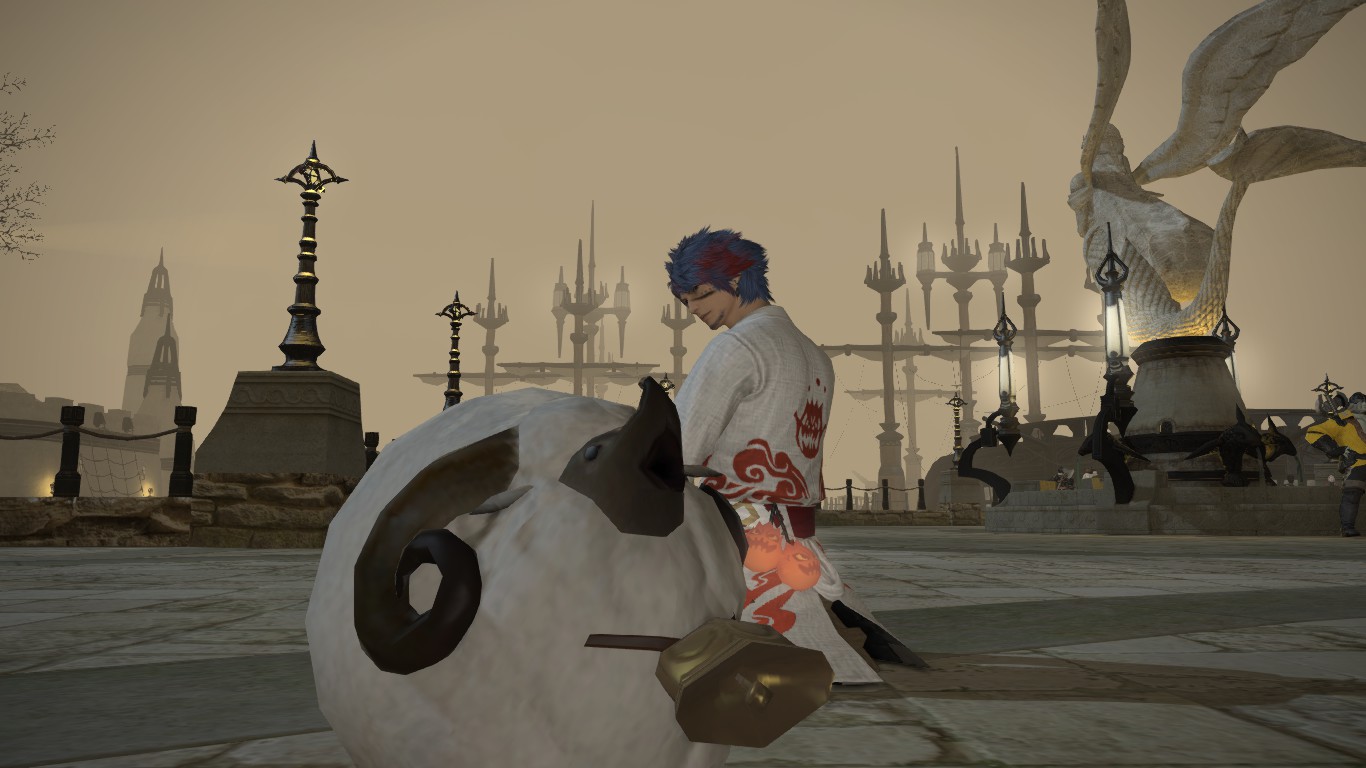 So, this is it . I hope everyone's having a good time with FFXIV because I had.

Yeah...had. I stopped playing some time before the Heavensward expansion came out. Adult life kinda got me and the free time that I now have is wasted on something other than grinding.

I'll keep the guide here since most of the information can still help some newbie. As long as the info is useful it will stay, if someday it gets outdated then I'll delete the guide. I hope we don't come to this since I had loads of fun writing this guide!

Still, I love this game. Someday I really wish to come back and run around with my chocobo through Eorzea again but for now this is a goodbye. See ya, guys!