This guide does NOT focus on the wooden toys or their locations. That subject has already been discussed to death, so I'm doing something different instead. 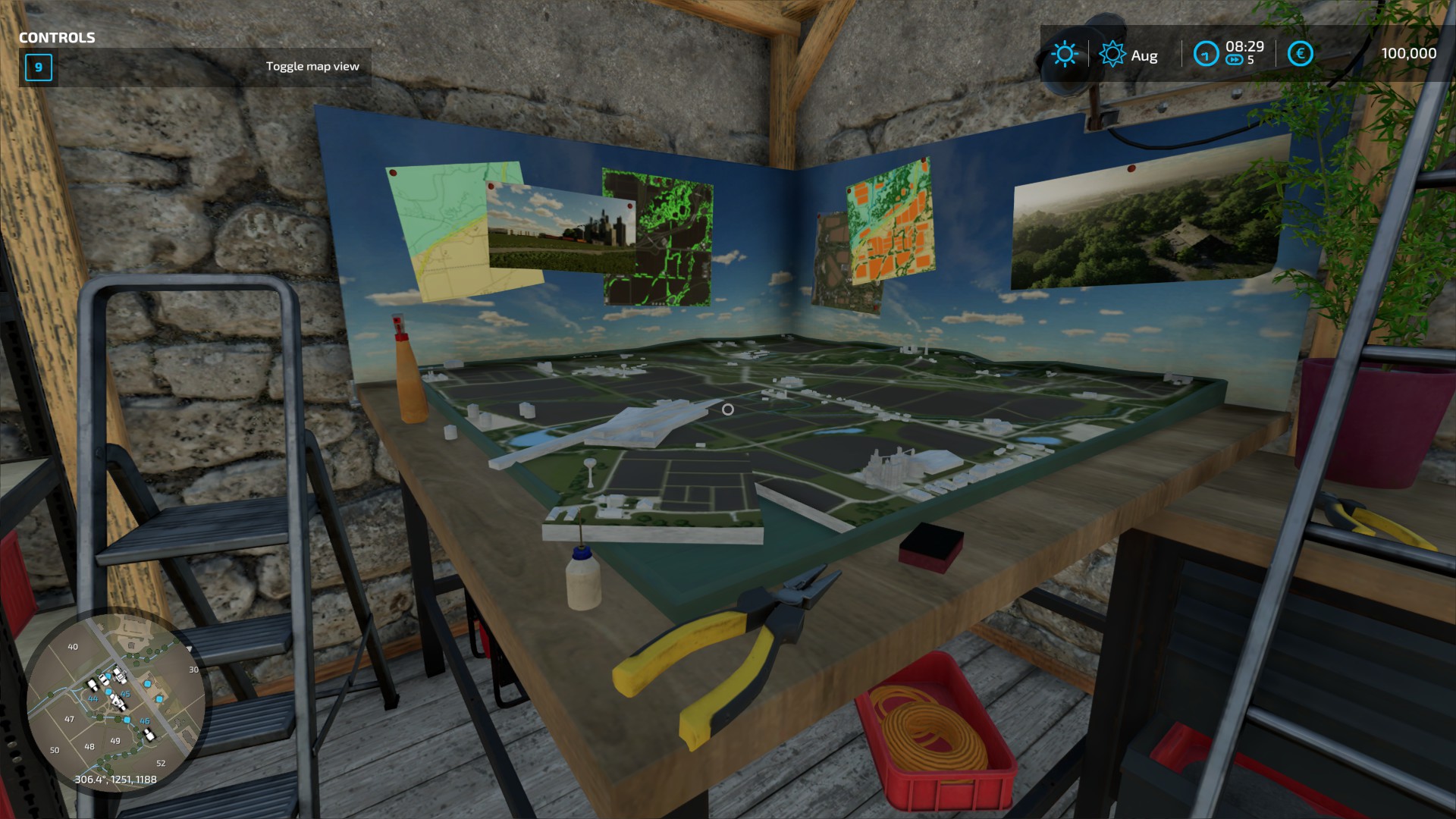 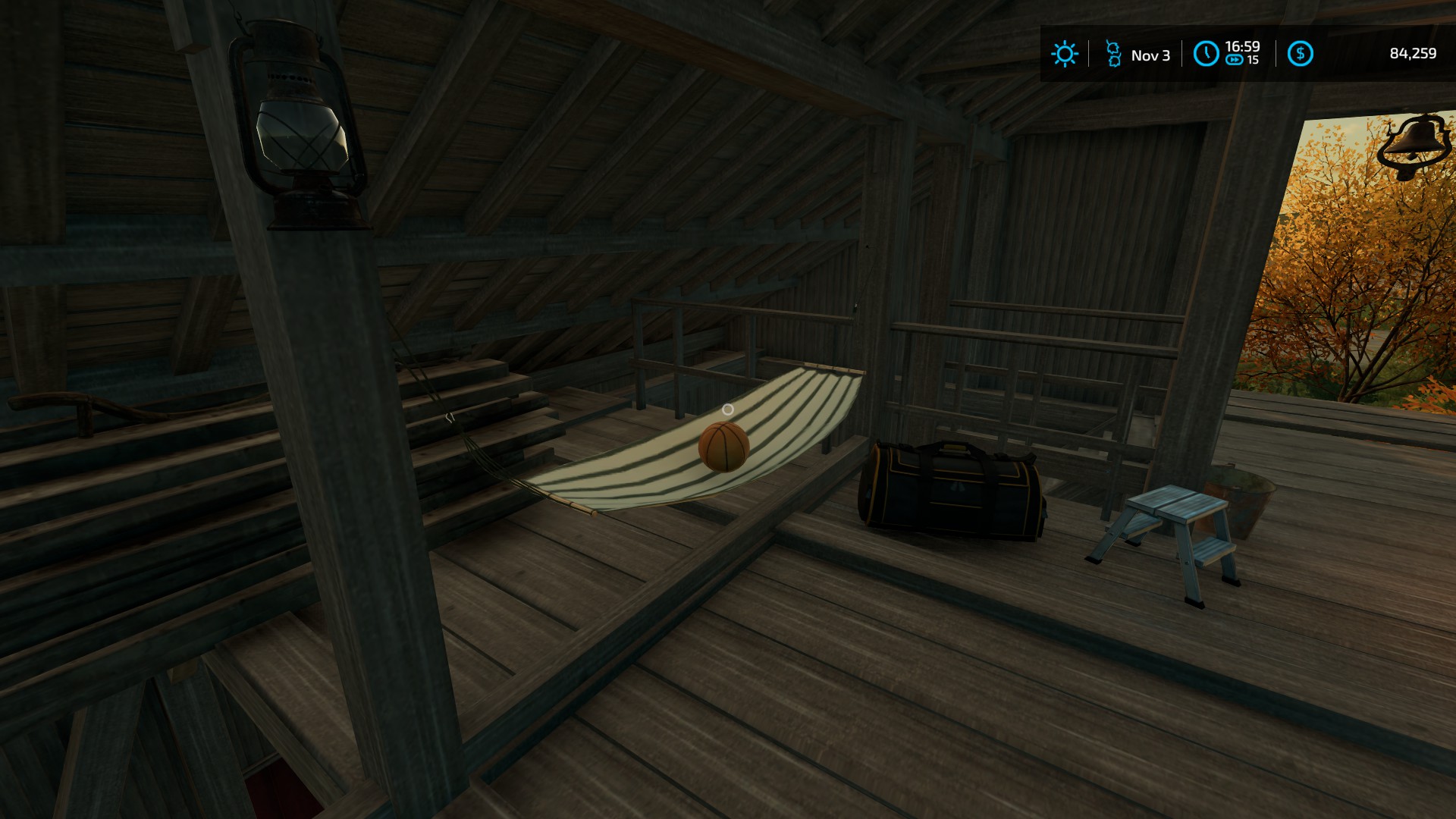 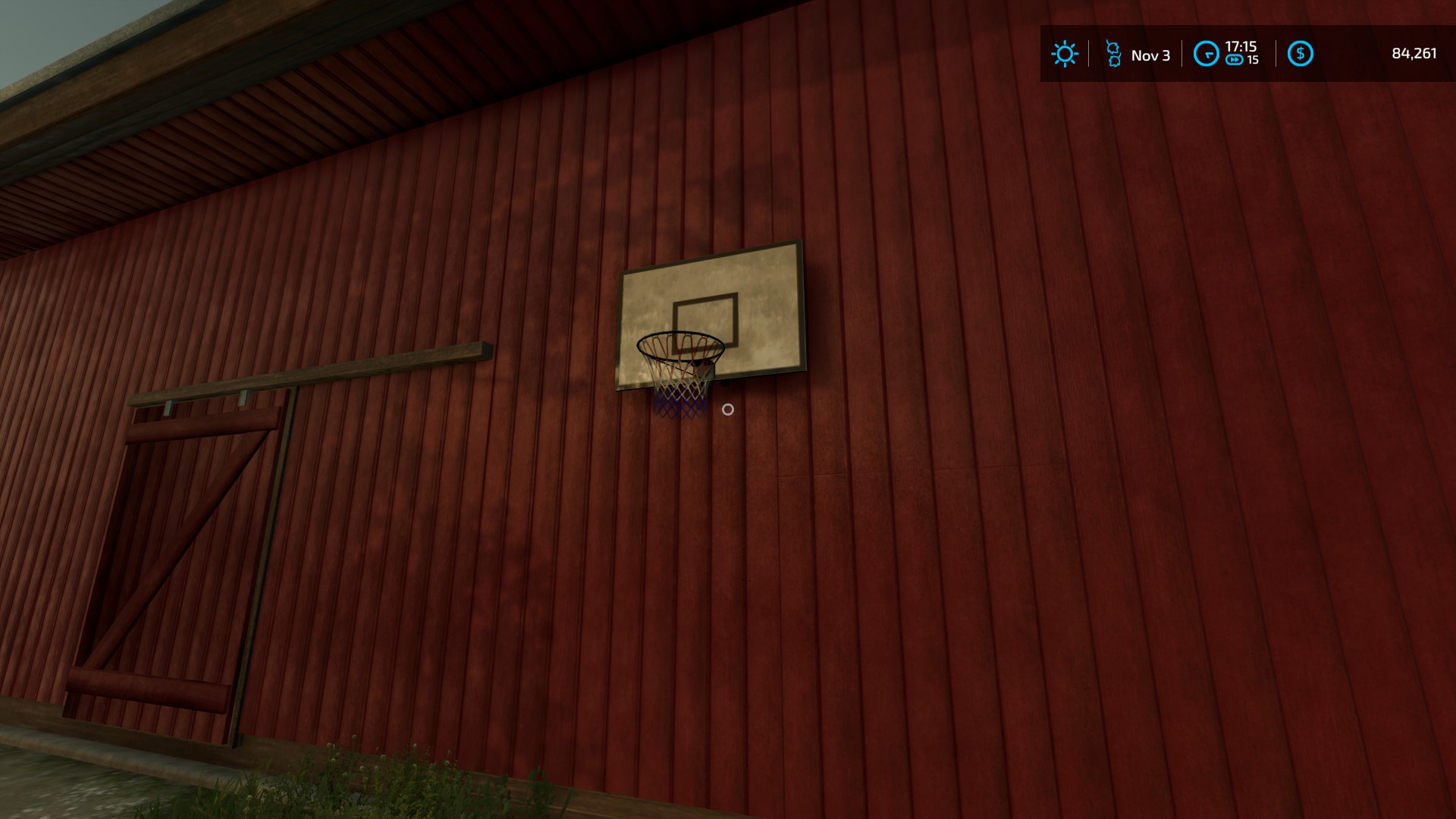 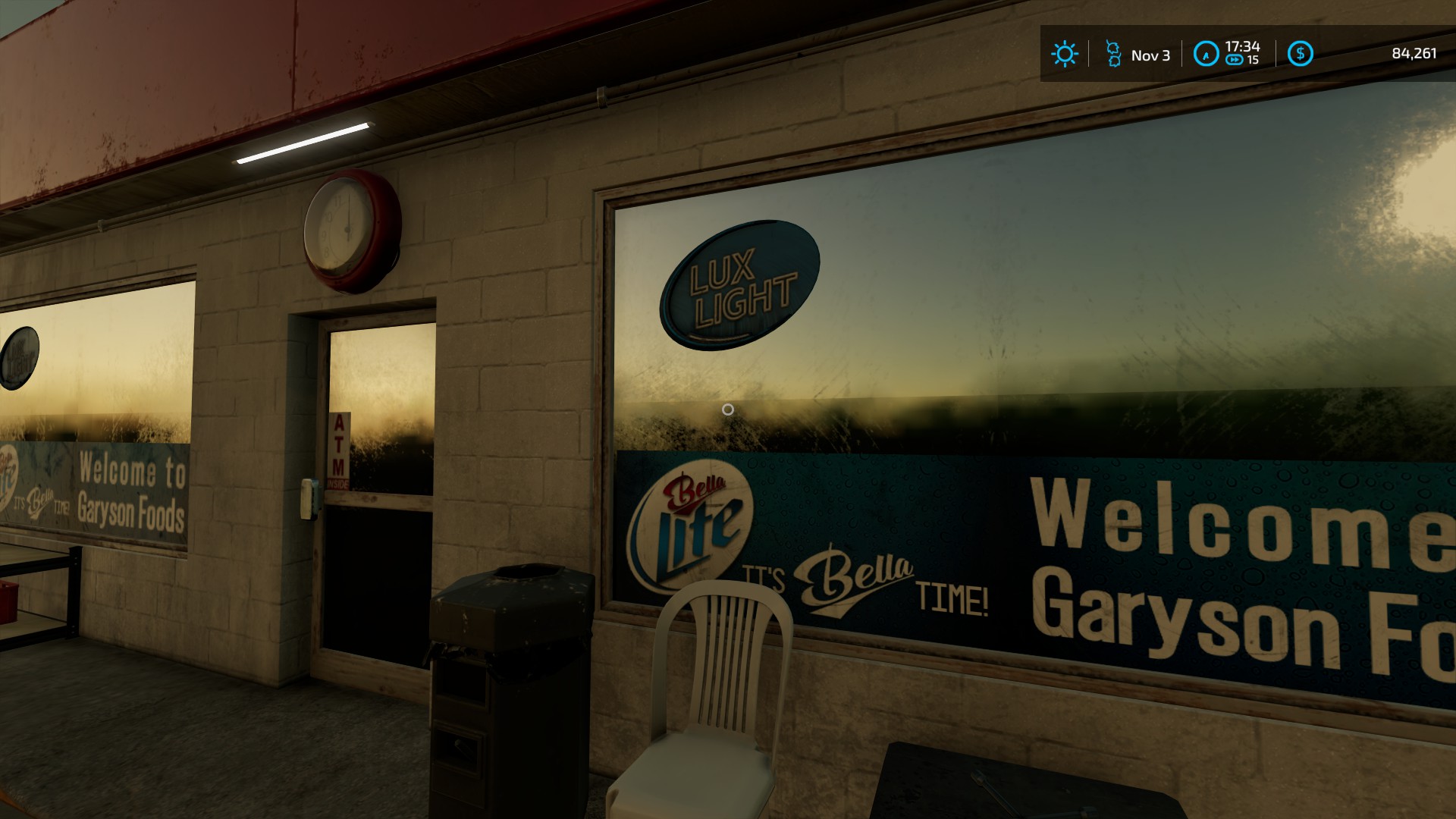 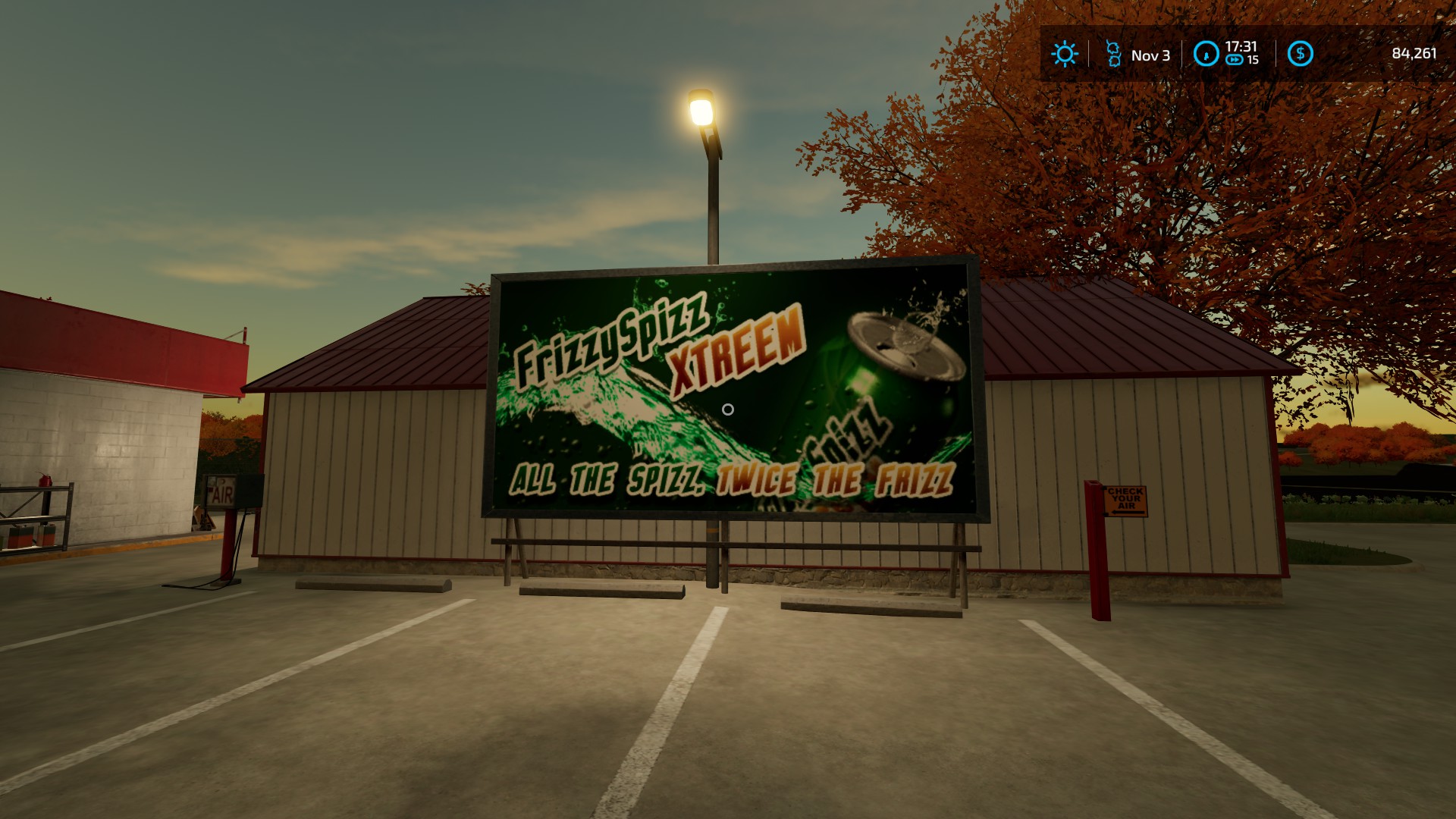 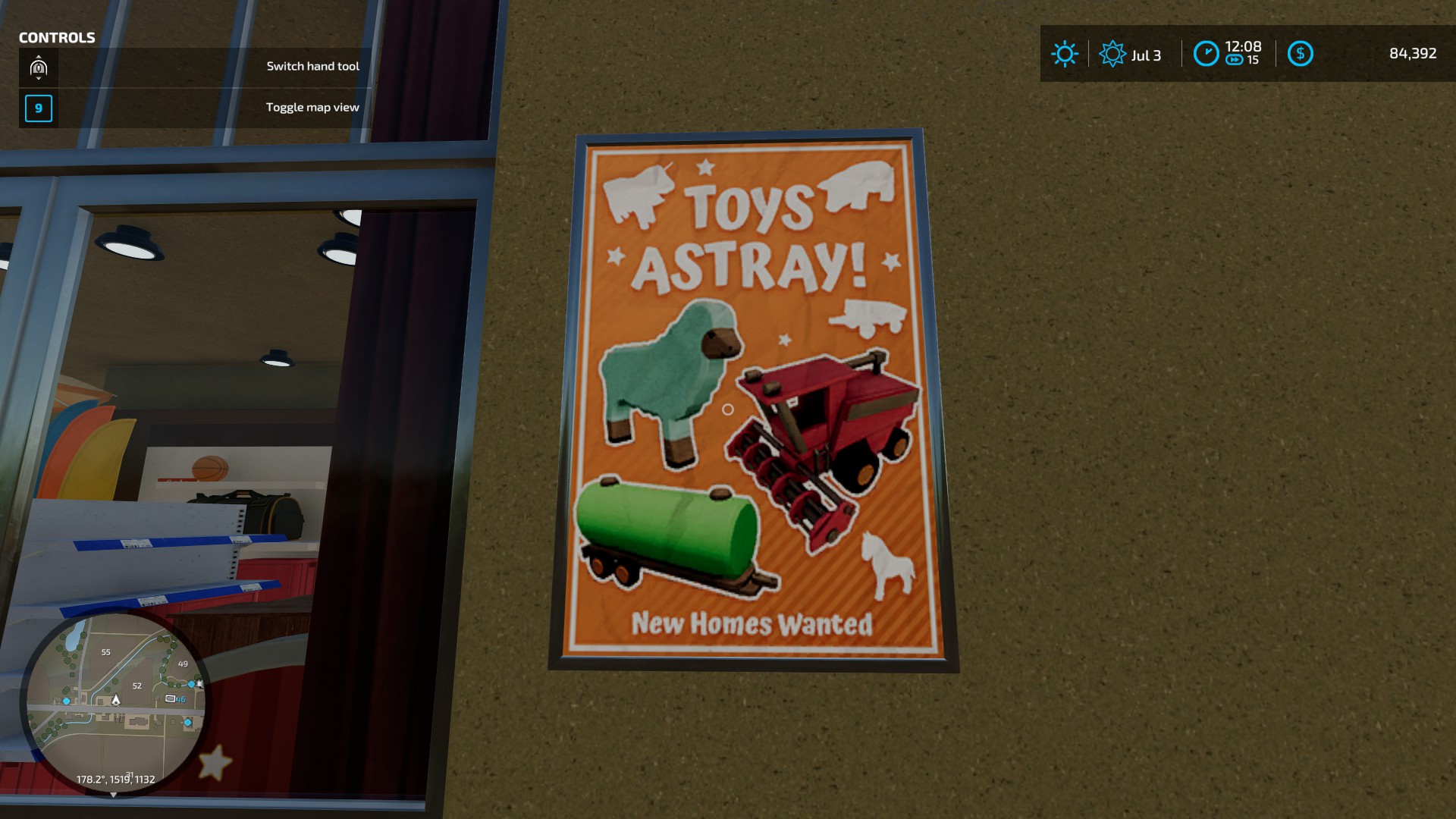 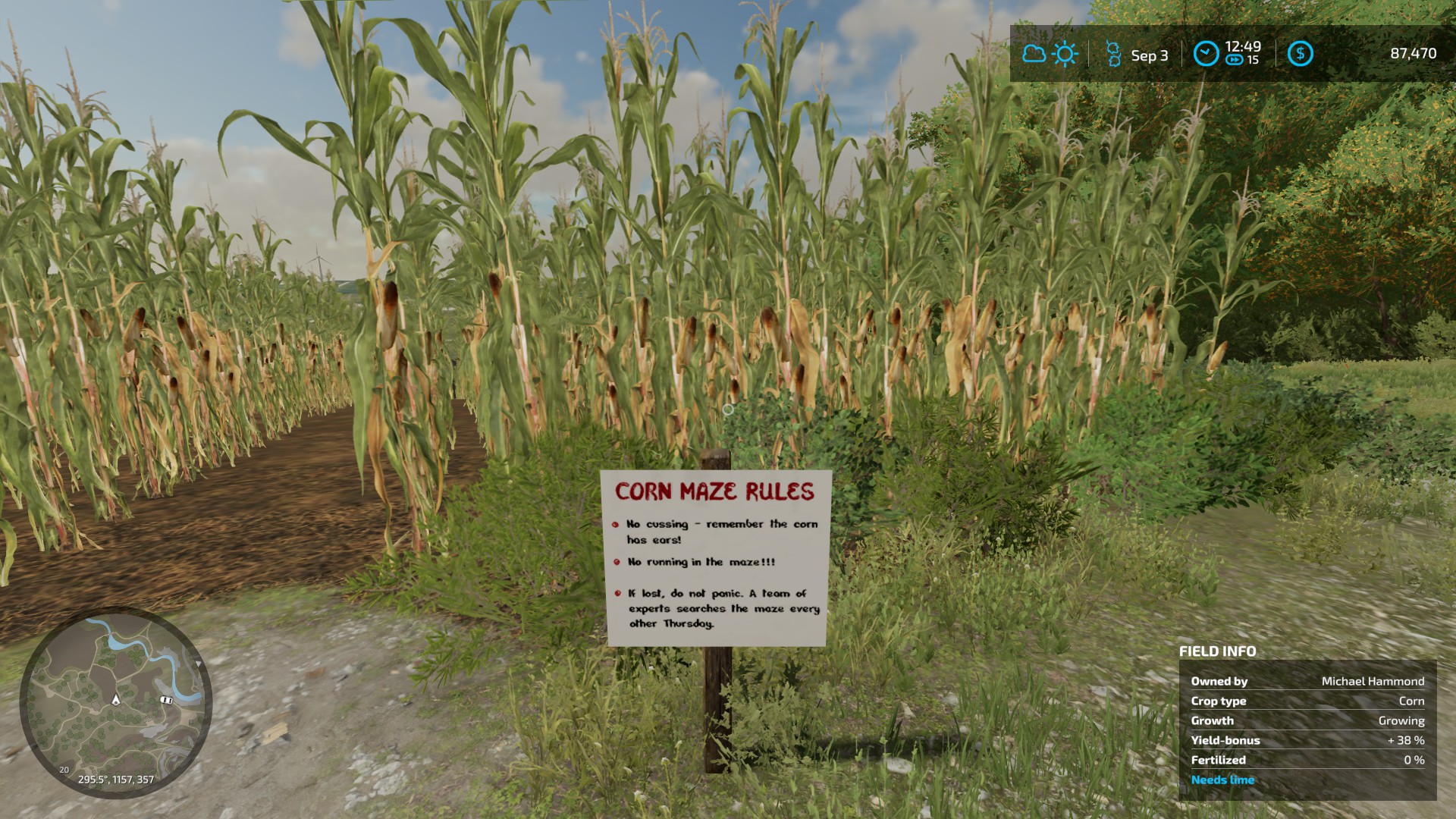 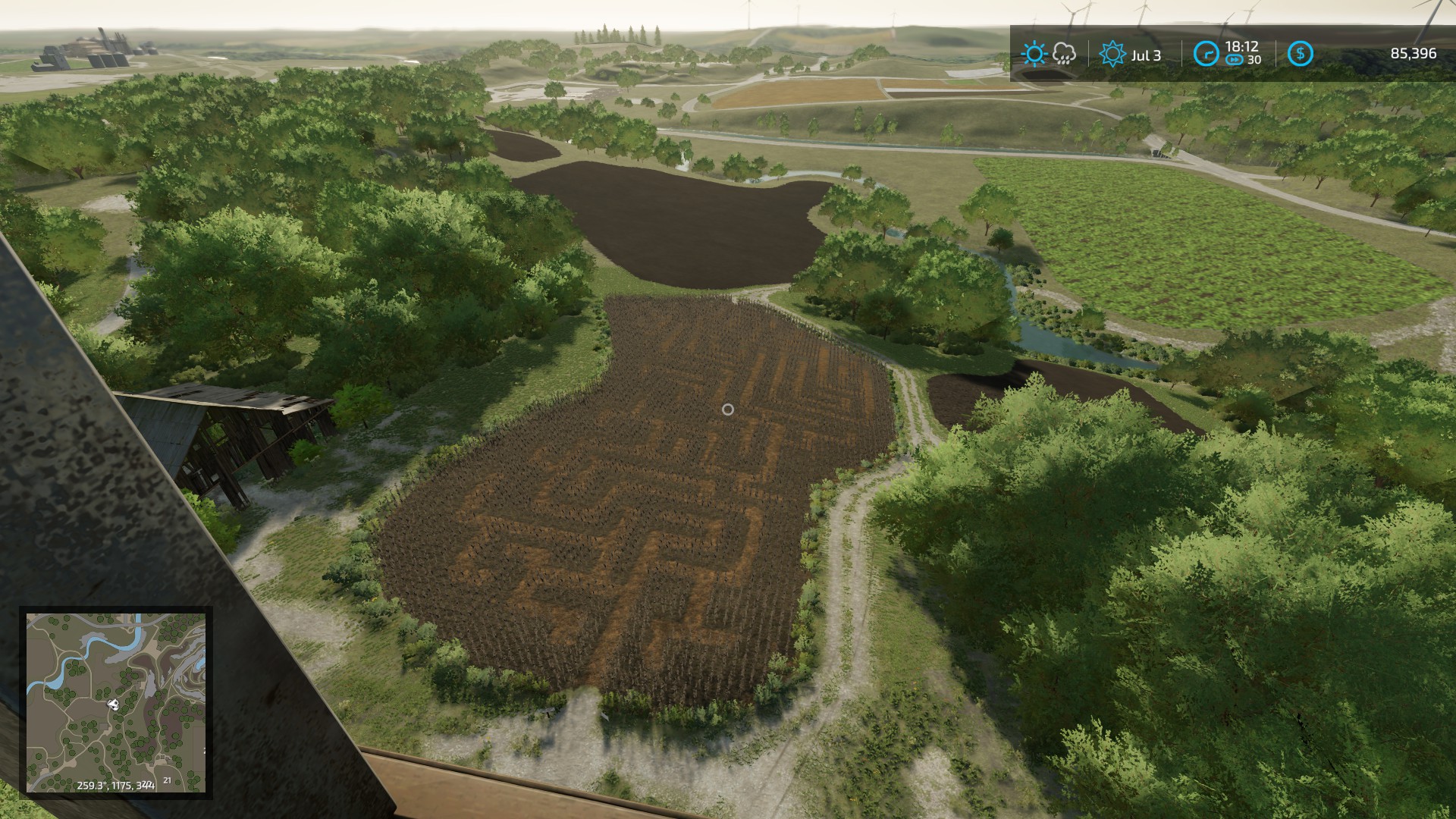 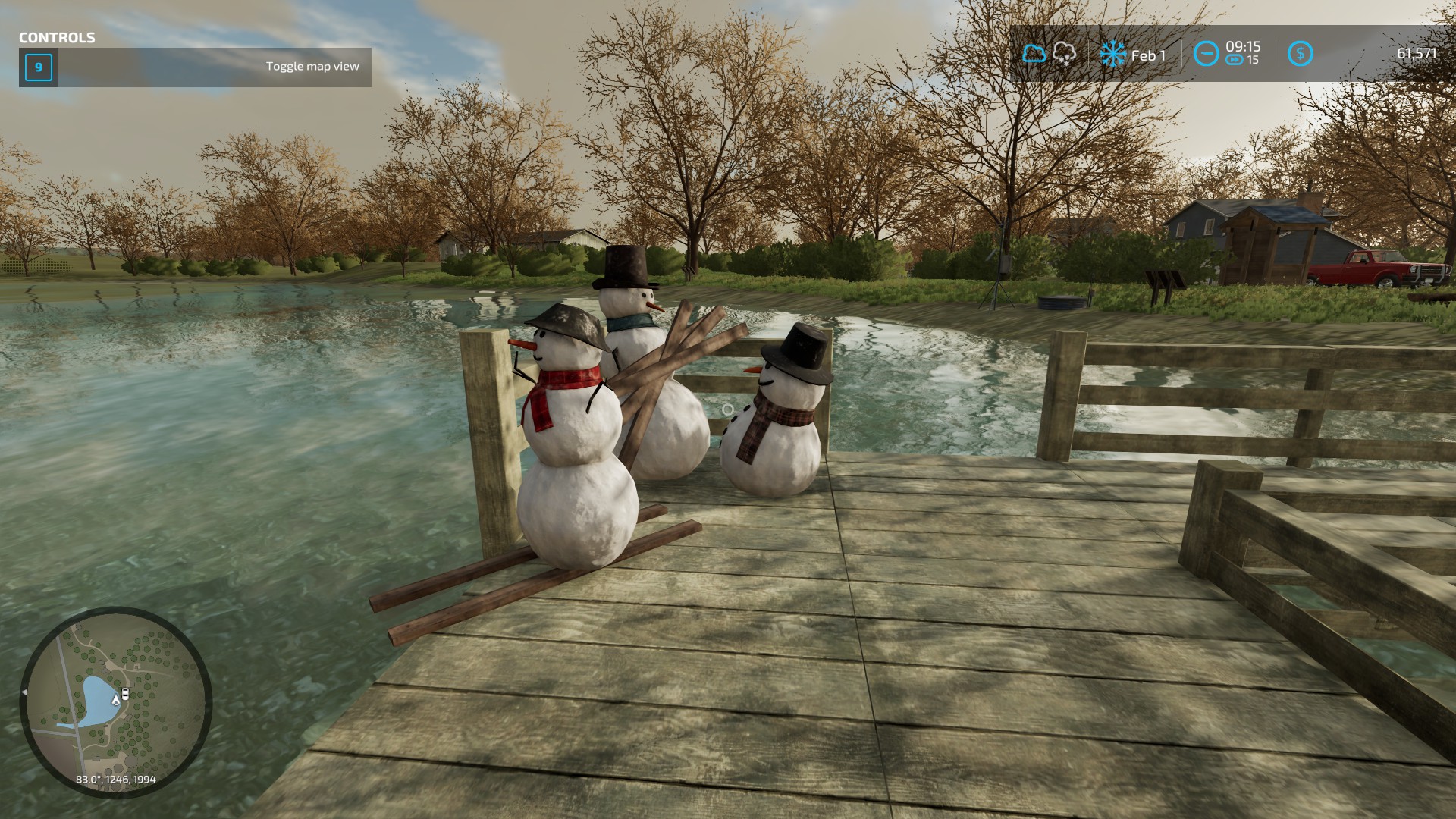 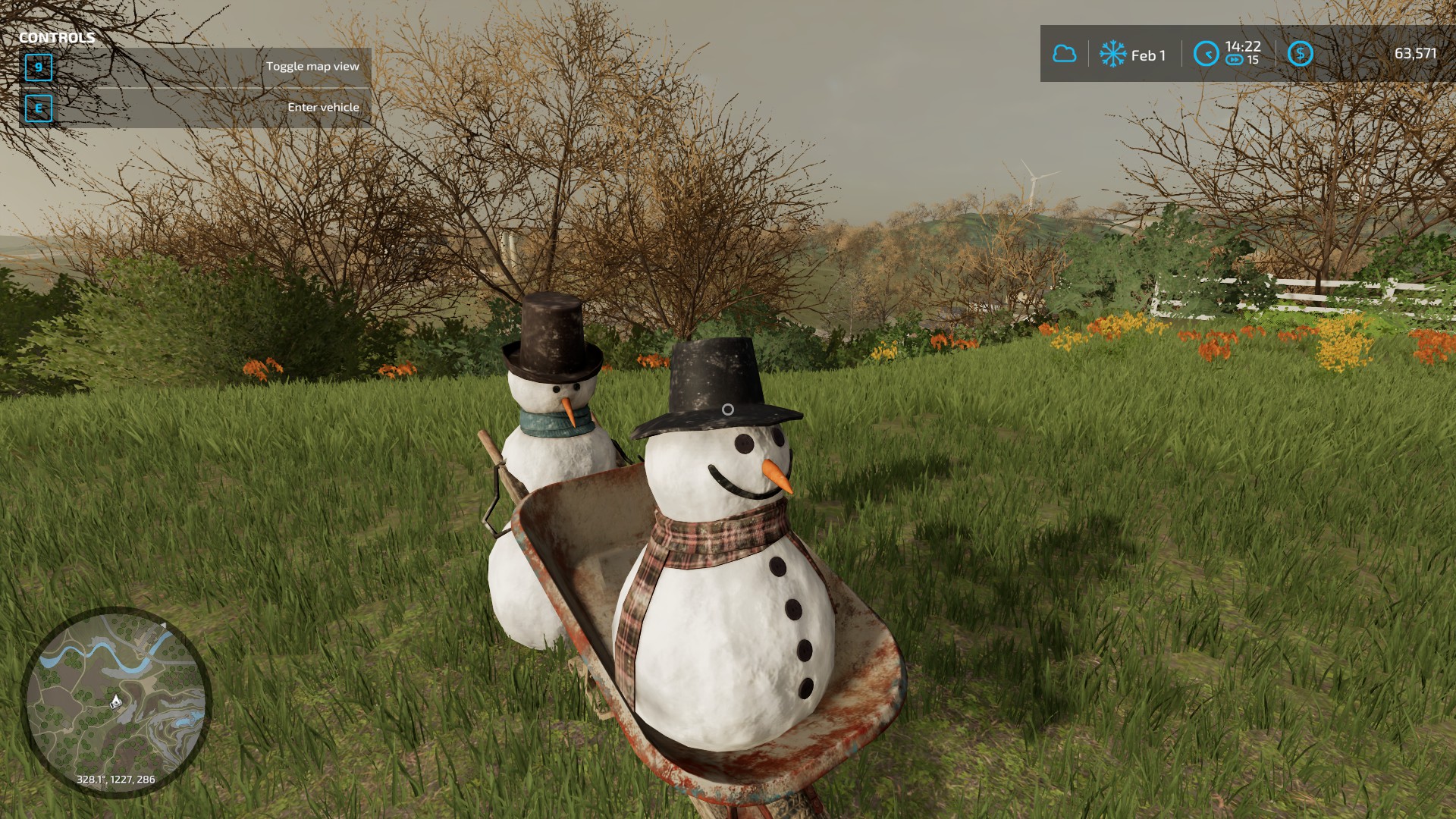 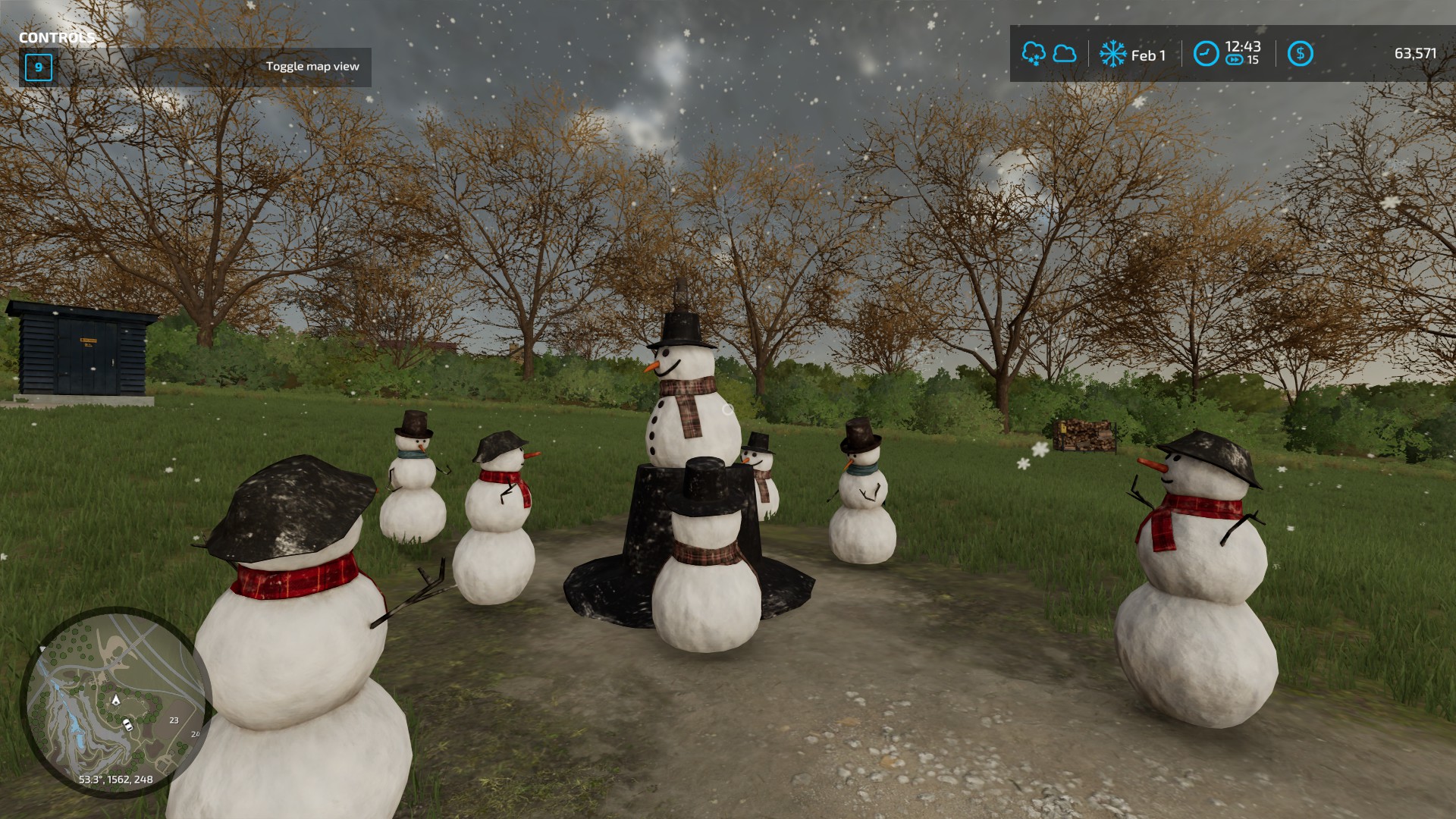 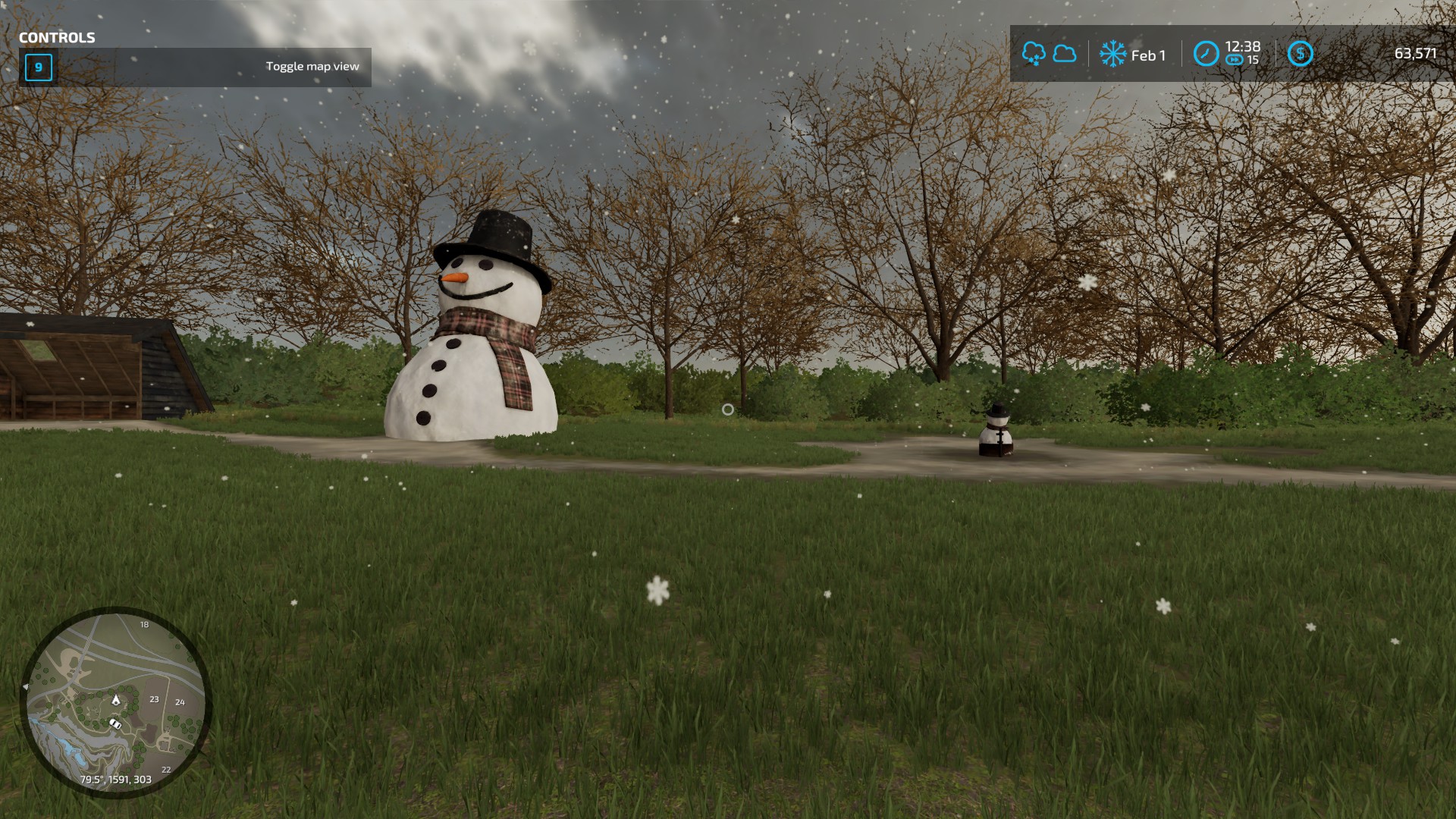 The basement of the starter farm's barn has a model of the map in it, and one of the pictures on the sky painting behind it is Ravenport’s map from FS19.

The gas station across from the starter farm contains ads for "Lux Lite" and "Bella Lite", both of their names and logos being similar to real-life beer companies. It also has an ad for "FrizzySpizz XTREEM", which is a recurring drink brand in the Farming Simulator series.

The toy store has a "Toys Astray!" poster, which explains why the toys are scattered around in the first place.

In the middle of the map is what appears to be a partially-abandoned farm. However, it has a corn maze, complete with some funny rules, such as "No cussing - remember the corn has ears!".

During the winter season, lots of snowmen are placed everywhere around the map, often in funny or interesting positions.

Thanks for reading! I thought after how much people liked the FS19 version of the guide, I would make one for FS22. I will be working on a Haut-Beyleron version soon, so that should be out eventually.

If you've found an Easter Egg and want it in the guide, you can leave a comment and I will put it in. You will be credited.