This blueprint assumes that you are using the Pump Anywhere mod. Why? I personally hate water logistics in Factorio. For my last version of this set of blueprints, I would design it to make use of water pipes, and then delete them out again when playing on my own. Instead of this madness, this guide now assumes Pump Anywhere, and you can build pipes instead if you'd like.

You can get Pump Anywhere[mods.factorio.com] here or through the in-game mod manager. 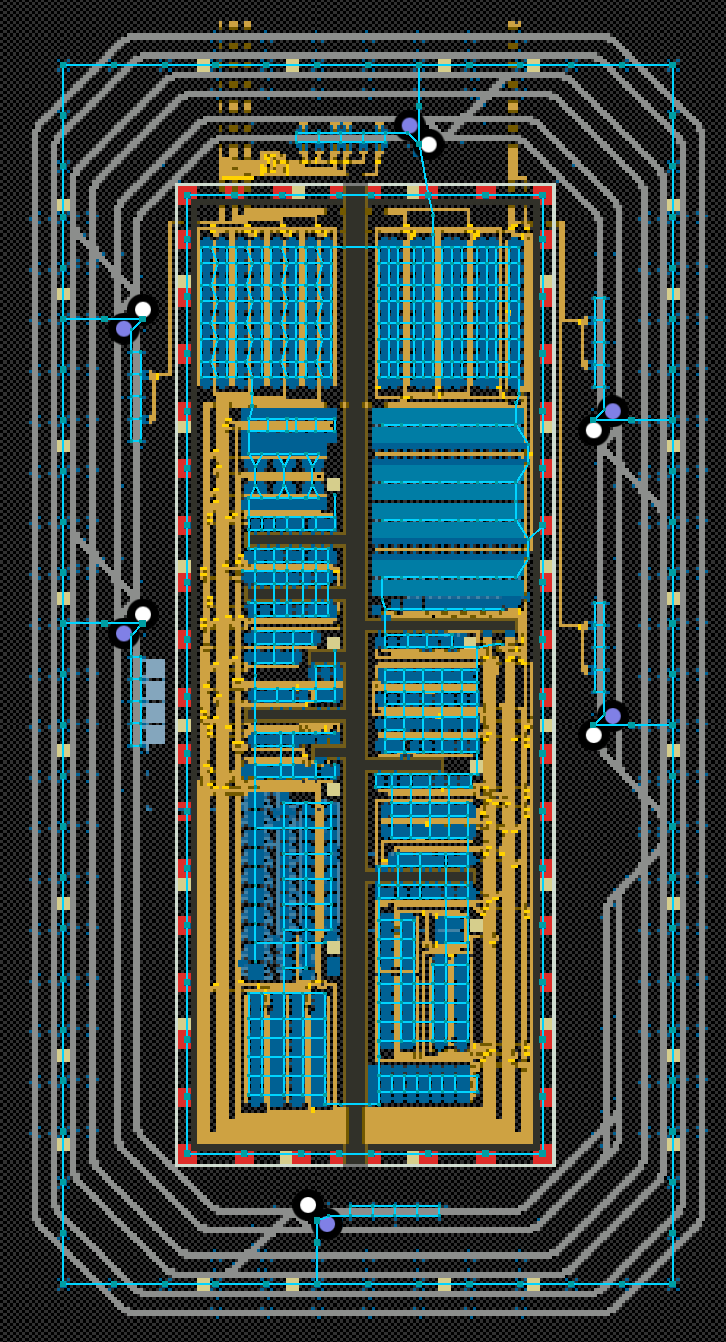 This set of blueprints started out as a reference for myself. I am the kind of person who starts a new playthrough every weekend, and I would find myself always coming back to similar designs for the early game. So I started to draft some blueprints, and the project continued to grow.

Is this build well optimized? No. Does it use as few belts as possible? Hell no. Does it do everything for you? No, it does not even launch a rocket. But it should set you up for a stable and productive mid game, with a decent supply of science, buildings and logistic robots. That is the point.

The base takes ores, crude oil and water and produces most buildings in the game in an orderly, logistics-compatible mall, plus the first five science packs. Labs, power, train stops and defenses are all included.

For the purpose of this guide, I'm assuming that you familiar with the very early game. The build starts at the stage where you would place your first furnace array. If that does not sound familiar to you, you might want to play around with the game first and then come back.

New players are recommended to play this build with at least 200% size and 200% richness on all resources. These settings should allow you to safely transition into trains before your starting resource patches run out.

The Starter Base book contains, in order:

The main book containing six ordered blueprints for the build itself

A book containing a train depot segment, as well as a few blueprints meant for early expansion

The Rails and Stations book contains a collection of my own rail blueprints, including those used to build the Starter Base. They are included here so that you may use them to expand the base, but you can of course use your own designs. If you have any questions about these rail blueprints specifically (not about rails in general), feel free to ask me.

The Example Smelting book was meant as a sort of example implementation to demonstrate how I use these rails to build what you might call city blocks. I have many more of these, but I deliberately did not include them here, because that would be far beyond the scope of a starter base guide. 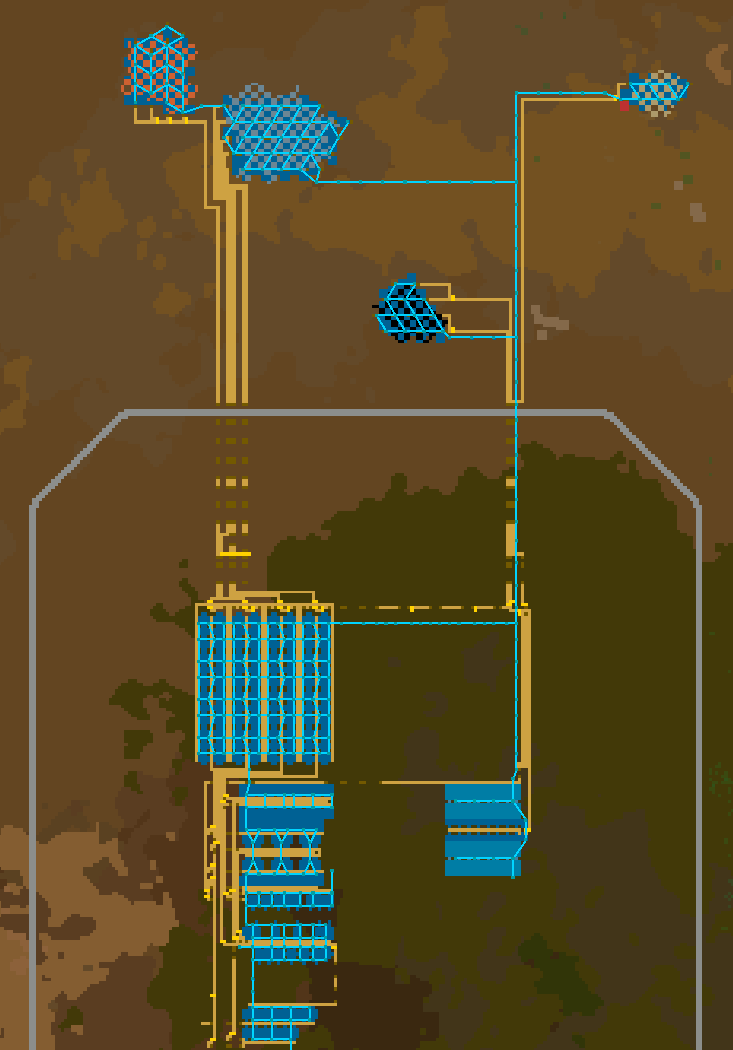 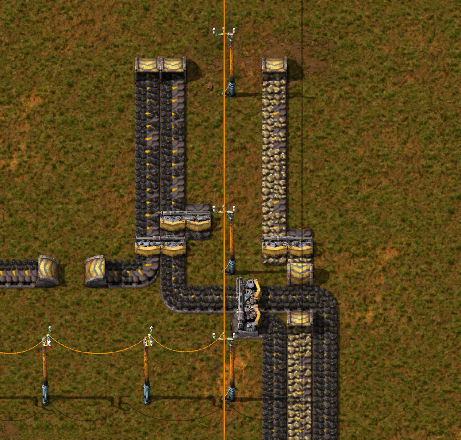 To start the build, place the first blueprint in such a way that the input belts are facing towards your starting ore patches. Then, set up your electric miners on the ore patches and connect them to the input belts of the starter base: 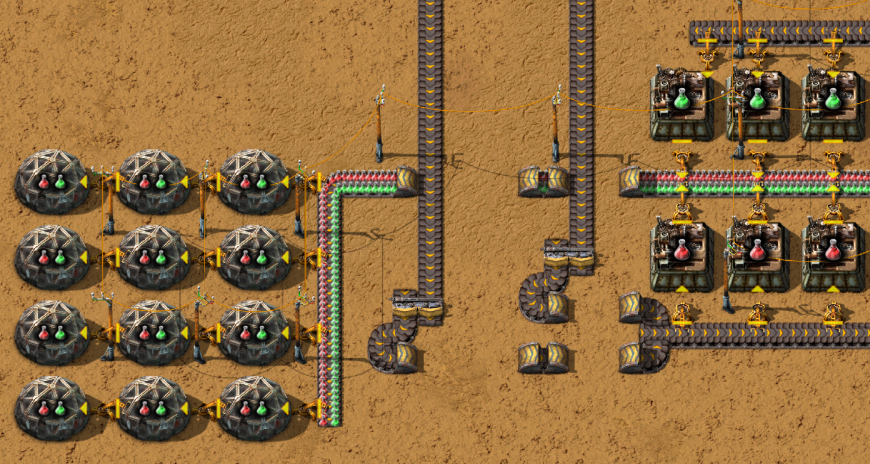 When you are first starting out, red and green science packs will be produced, but not consumed anywhere. Labs will be added further down the line, but for now, throw down a few labs in a temporary setup across the belts, like this: 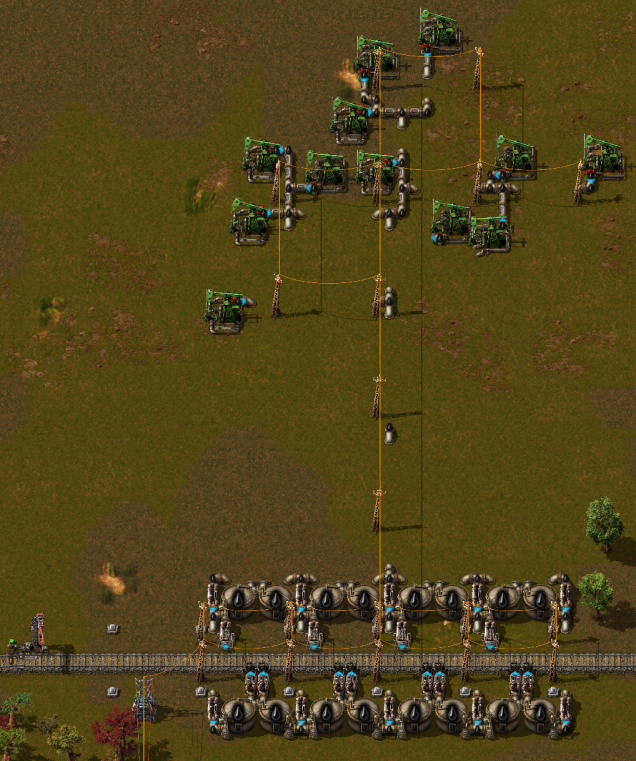 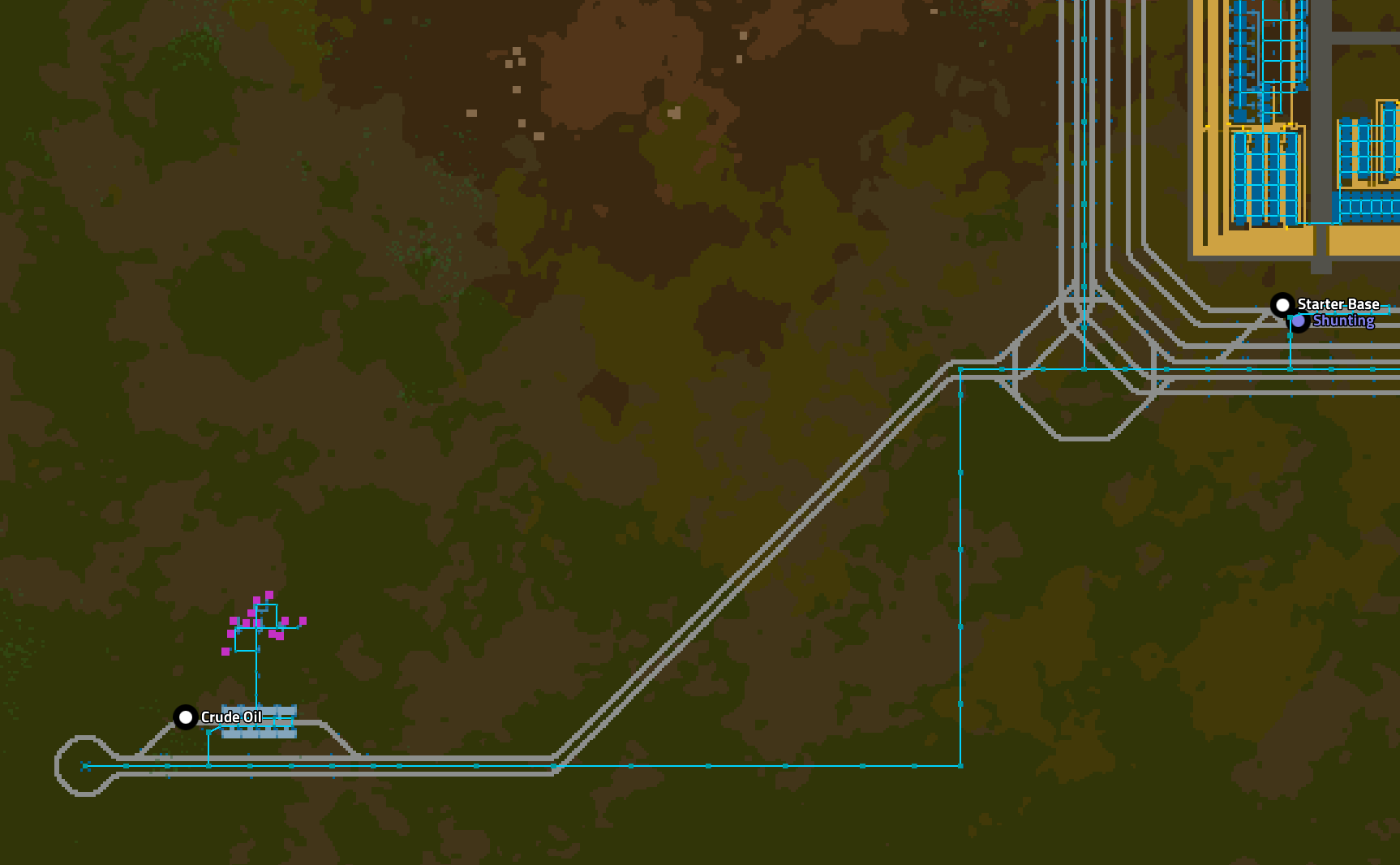 In order to supply crude oil to the starter base, you will have to use some blueprints from the Starter Base Expansion book. First, place a rail T-Section on one of the corners of the starter base, facing in the direction of the nearest crude oil patch. Place a Crude Oil Train Stop blueprint next to the patch, set up your pumpjacks and connect them to the train stop. Finally, connect the T-Section rails to the train stop. You don't need to build a straight rail, and you don't need to place any signals on this track (as long as it does not intersect any other rails). The same process can be used to supply your base with ores from distant ore patches, using the Ore Train Stop blueprint.

Thanks to Factoriobin[factoriobin.com] for hosting my blueprints strings!

Some of these blueprints were edited with this tool[github.com] .