[Image Guide] All 32 tokens in the Steampunk DLC

Welcome to this kinda arbitrary guide for finding all 32 tokens in the Steampunk DLC. I say arbitrary as there is no achievement or reward associated with getting all tokens for this dlc, but it's still fun!

Token 1/8 When you spawn there will be a desk immediately behind you, walk on over and take a look at the diagram of the airship.

The token will be easily visible to you, but it isn't for me as I'd already gotten it before taking this screenshot, there are some funny little characters pointing towards it's location with a red ring highlighting the exact spot.

Token 2/8 While we're already by the desk, we might as well get the second token, pick up this antique teapot.

Absolutely DESTROY that crap because inside we'll find our second token for this DLC.

Token 3/8 Keep playing through the level until you open this safe, inside there will be a mechanical box you need to play with and get it open, as the third token is waiting inside.

The token will sit hidden, snugly behind the nixie tube.

The fourth token is also within a box, but adhered to the cog on the right.

After you've managed to unlock the trapdoor leading to the cannon section of the map and made your way down, look immediately to your left, there will be a few boxes stacked on each other.

Throw those boxes all the way to Jahannam because they are filthy unbelievers blocking you from the righteous path, you will now be able to spot and pick up the fifth token.

The sixth token can be found on the third cannon's cogwheel located to the right of the ladder and the fifth token.

The seventh token can be found on the underside of the anxiety creating clock.

Under the belly of the beast.

The eight and final token can be found beneath a scrumptious can of Pine Restaurant's baked beans.

Beautiful, but not where the token is located. Rotate the can to it's underside...

Onto the next map The Engine Room...

When you spawn in, extinguish the fires or else you will die of smoke inhalation. Then, take a look at the back wall that has a helmet hanging from it.

Inspect this helmet to find a token inside of it.

Find this token on the left side of the compressed fuel dock.

Now open up the door. Go to the other side and close it by using the switch on the left side of the door, and find the token inside the square on the door.

Directly to the right of the door is a tool rack. Hanging on one of the pins is a token.

Up next is the shovel inside the sack of coal.

Inspect it and turn it around to find the token on the back.

Back on the other side, look on the left side of the doorway.

This token can be found on the rotating gear at the drone landing zone.

Lastly, after fixing the drone wait out its animation and find it waiting for you with a token next to the furnace.

Now get your *ss over to the next map The Greenhouse!

Alright, so when you spawn in, do a 540° so you'll be facing the opposite direction. On the upper part of the elevator's mural glass we'll find the first token for this map.

Now, look to the left of the elevator. There are a bunch of pipes on the wall, close to the hint button. Behind one of those pipes you'll find the second token.

Do another 540° spin so you'll be looking the opposite direction of the pipes, the third token will be inside one of the holes in the structural arch post.

Walk towards this bench with a flowerpot on it.

Unleash all your might upon it and break it open, the fourth token can be found inside. You should also press the button behind it, as it will reveal the location of the next token.

If you pressed the button, you'll notice a telescope will appear from the center window. The fifth token will be on the link for the telescope, near the joint.

The sixth token will be to the left of the telescope in-front of the hanging flowerpot.

To get to the seventh token you'll have to go to left of the of the sixth token, to the desk with the Seed Electrifier and the Sneed Enhancer. Underneath the desk there'll be a wooden crate, pull it out.

The seventh token will be on the inside of the crate.

Right above the desk on the lamp, you'll find the eight and final token.

Onto the next and final map The Helm Room! We're almost done!

For the first token, check the telescope next to the radar. It will be on the gear wheel on the right side.

Secondly, check the big world map. The token is in western Europe, or more precisely at (0, 10).

Up next, grab the binoculars that are lying on the world map. Turn it around and take the token on the screw.

Open the drawer below the world map and take the Pneumatic Tube Canister.

Set it to "Request Equipment" and press the button resembling a token.

Now send it over to Engineering.

Open that shi tube up and take the token.

Look to the right and take the token behind the propeller on the bottom right side.

Token 6/8 Now check the right side of the oscilloscope (improperly named "Osciloscope") and take the token.

Look above the radar. You will see a valve. Turn it.

A token should drop down. Take it.

Lastly, progress through the escape room. Eventually you will get your hands on the Look-O-Goggles. Wear them and find the last token under the couch. 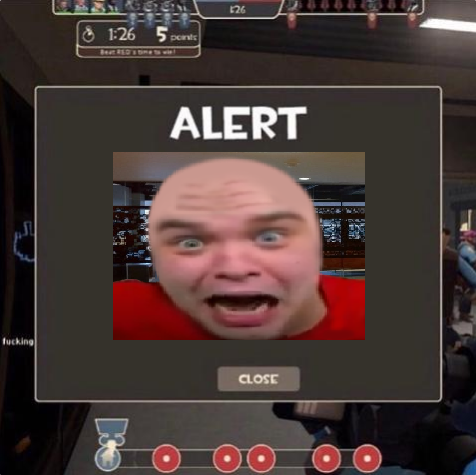 Finally! You've collected all 32 tokens! Congratulations! You have nothing to show for it! Good one Pine Studio. We'd like to thank the other Steam guides for not being complete which motivated us to create our own guide, a text guide might be preferred by some to a video one.

Anyway, hope this guide helped you on your way to finding all the tokens, please consider like favouriting and subscribe to become a bro and I'll see you in the next one.