Home Cookie Clicker Your Krumblor and you - A Basic Krumblor Guide

This guide contains information combined from the wiki, reddit and some of my own experience.

Krumblor the cookie dragon is obtained by sacrificing cookies and buildings. The player will unlock selectable auras which provide various benefits in the game. An aura can be selected by clicking on the dragon. Switching auras costs one of the highest tier building owned.

To unlock Krumblor, the player must purchase the Heavenly Upgrade 'How to bake your dragon', which in turn unlocks the upgrade 'A crumbly egg' in all subsequent playthroughs.

(heavenly upgrade) "Legacy" purchased 9 Allows you to purchase a crumbly egg once you have earned 1 million cookies.

"A tome full of helpful tips such as 'oh god, stay away from it', 'why did we buy this thing, it's not even house-broken' and 'groom twice a week in the direction of the scales'." Pet the dragon

(heavenly upgrade) "How to bake your dragon" and "Residual luck" purchased 100 billion Unlocks the ability to pet your dragon by clicking on it once hatched.

"Dragons do not purr. If your dragon starts purring, vacate the area immediately." A crumbly egg 1 million cookies earned and "How to bake your dragon" purchased 25 Unlocks the cookie dragon egg.

"Thank you for adopting this robust, fun-loving cookie dragon! It will bring you years of joy and entertainment. Keep in a dry and cool place, and away from other house pets. Subscription to home insurance is strongly advised." Dragon cookie "Bake dragon cookie" dragon training completed 70 quadrillion Cookie production multiplier +5%.

"Imbued with the vigor and vitality of a full-grown cookie dragon, this mystical cookie will embolden your empire for the generations to come."

Completing Krumblor's training will give you the achievement "Here be dragon"

Stages Of Your Dragon

Aura: buildings sell back for 50% instead of 25% 100 Mines Train Master of the Armory

Lets you have two dragon auras simultaneously 200 of every building

Completing Krumblor's training will give you the achievement "Here be dragon"

• Wish Chance: 1% Dragon Orbs With no buffs and no golden cookies on screen, selling your most powerful building has 10% chance to summon one. Wish Chance: 10%

After the player purchases Pet the dragon, it is possible to pet the dragon (clicking on the dragon's picture); this will trigger heart particles. If the dragon has been leveled up beyond level 8 (after sacrificing 100 farms), every time it is petted there is a 5% chance to drop an upgrade.

The choice of the dropped upgrade goes as follows: first, the game shuffle the list of available drops (Dragon scale, Dragon claw, Dragon fang, Dragon teddy bear) based on the game seed. Then, if the minute of the current time is between 0 and 14, the first upgrade of the shuffle is available for dropping (so if the 5% test passes, it is that upgrade that is dropped). If the minute is between 15 and 29, the second upgrade may be dropped, and so on.

Since the shuffle is based only on the game seed, to get all four drops it is necessary to pet the dragon every quarter of an hour.

Note that the 5% is not affected by upgrades and effects that change random drop rates (like Cosmic Beginner's Luck and Keenmoss).

Cost scales with CpS, but 10 times cheaper with a fully-trained dragon.

"Your dragon sheds these regularly, so this one probably won't be missed. Note: icon not to scale." Dragon claw Random drop from petting Krumblor 1800 x CpS (x 0.1 if max level dragon) Clicks are +3% more powerful. Cost scales with CpS, but 10 times cheaper with a fully-trained dragon.

"Will grow back in a few days' time. A six-inch retractable claw, like a razor, from the middle toe. So you know, try to show a little respect." Dragon claw Random drop from petting Krumblor 1800 x CpS (x 0.1 if maxlevel dragon) +3% golden cookie gains. Dragon harvest and Dragonflight are 10% stronger. Cost scales with CpS, but 10 times cheaper with a fully-trained dragon.

"Just a fallen baby tooth your dragon wanted you to have, as a gift. It might be smaller than an adult tooth, but it's still frighteningly sharp - and displays some awe-inspiring cavities, which you might expect from a creature made out of sweets." Dragon teddy bear Random drop from petting Krumblor 1800 x CpS (x 0.1 if max level dragon) +3% random drops.

Cost scales with CpS, but 10 times cheaper with a fully-trained dragon.

"Your dragon used to sleep with this. Now it's time for you to have it.

Crafted in the likelihood of a fearsome beast. Stuffed with magical herbs picked long ago by a wandering wizard. Woven from elven yarn and a polyester blend." 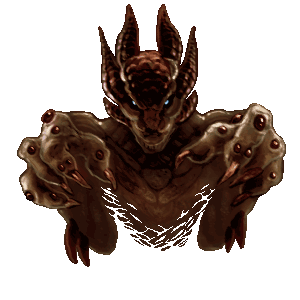 A Dragonflight gives x1111 cookies per click for 10 seconds and only works for manual clicking (so Cursors are unaffected). Only has a chance to stack with Click Frenzy. Whenever you activate a Dragonflight, there's an 80% chance to override any pre-existing Click Frenzy. It can also indirectly stack with Frenzy and Building Special, for the same reason as regular Click Frenzies. Requires Dragonflight aura to be active on Krumblor. 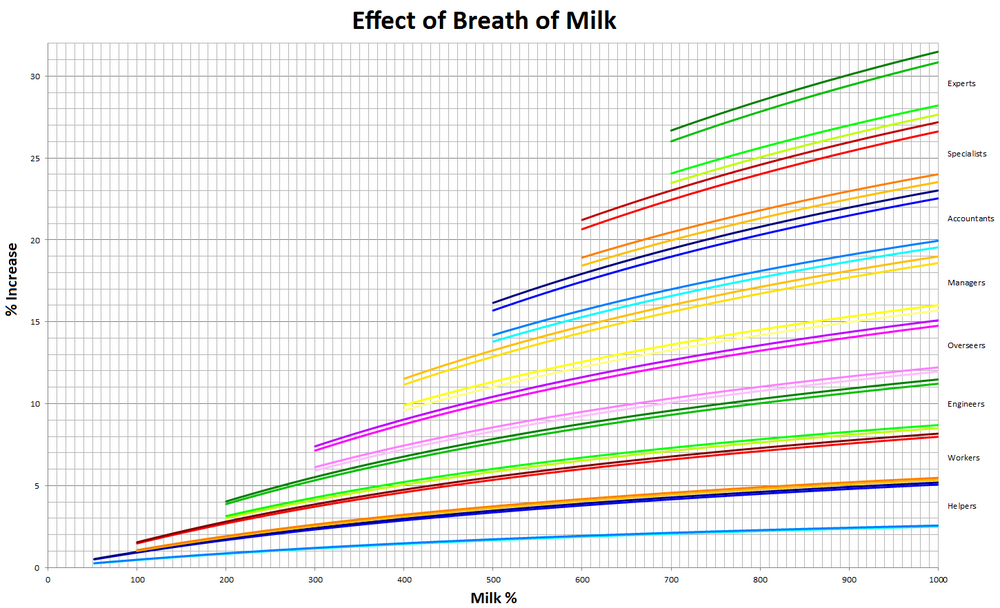 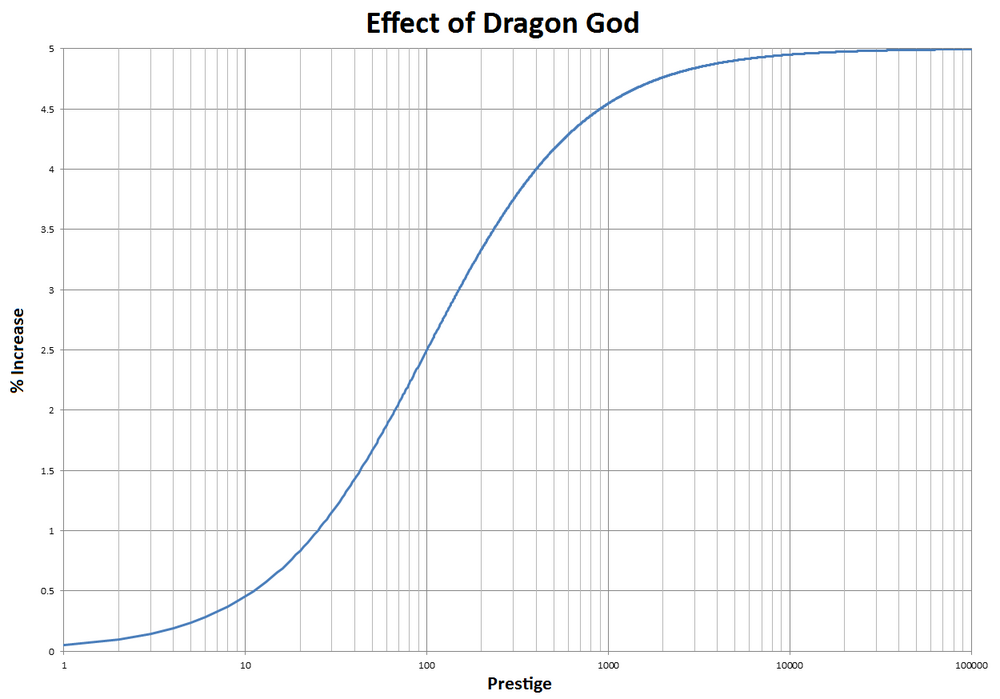 If a player is going for the overall highest CPS boosts with auras, a combination of Breath of Milk and Radiant Appetite will produce the largest CPS increase. If a player is going for harvesting as many sugar lumps as possible, they should use a combination of Dragon's Curve and Reality Bending, as it reduces the maturation time and increases unusual lump rate the most. If you only have one aura slot (have not sacrificed 200 of each building), then Dragonflight when actively playing, and Radiant Appetite when you are not would probably be most effective.

In mid-game I recommend to play little more actively. Because when you get Dragonflight, you can then start "hunting" the Frenzy AND Dragoflight combination. This can give enormous boost even if you're clicking manually. (Using macro or automatic clicker could give INSANE amount of cookies). If idling, you should use Breath of Milk.

In late game when you have all auras, all kitten upgrades (and possibly second slot for aura). Try to get that Frenzy+Dragonflight combination when playing actively and Radiant Appetite for the second aura. If idling, use Radiant Appetite and Breath of Milk and let wrinklers come.

The overall effect of Reaper of Fields has not yet been calculated, but will eventually be included in Expected Long Term Cookie Production.

Earth Shatterer should be used before selling all buildings, using the Chocolate egg, and ascending.

The overall effect of Dragon God scales up to 5% with Prestige, as shown in this image on a log scale.

The overall effect of Arcane Aura has not yet been calculated, but will eventually be included in Expected Long Term Cookie Production. A rough estimate is about 5% for active play.

The overall effect of Epoch Manipulator has not yet been calculated, but will eventually be included in Expected Long Term Cookie Production. A rough estimate is about 5%.

Radiant Appetite has a flat 100% bonus to all production. It easily produces the largest boost in production out of all the auras.

Dragon's Fortune can grant a multiplier of over 2 with one golden cookie on the screen. This can be coupled well with Force The Hand Of Fate. It is however risky to have this, due to golden cookies not being truly "permanent", in fact the bonuses can last not more than two or three times a Dragonflight, giving much less of a multiplier. It is still possible to force many golden cookies, find a Dragonflight cookie, and have a Dragonflight twice or even thrice as powerful as a regular one.

Dragon's Curve only affects sugar lumps, but they can be used to buy various improvements. See sugar lump strategy.

Reality Bending has many effects, and may depend on the 2nd aura. The overall effects have not yet been calculated, but will eventually be included in Expected Long Term Cookie Production.