What You Need To Begin

If i'm completely honest you have probably have seen other methods already and if you have then this guide probably isn't for you, but if you're a certified impoppable merchant and are wanting to take it up to the next level and start getting some 100% complete maps and those shiny borders and rewards then this is definitely a good start. Below is the basic needs to start some games using this method.

Yes, unfortunately you will probably have to buy a new character to use this method i have tried doing it with others and they just don't have what you need especially early game. She can pop camo bloons as soon as shes placed which is crucial to this method and the leaping sword attack is perfect if you dont have the towers down to pop leads. Sauda is also amazing as a starter for DPS compared to others like Gwendolin or Quincy. So as a good start id highly recommend buying Sauda for these first runs until you get a good idea of what is needed on the map to get rid of certain bloons.

To show this method ill have screenshots of me completing a run on Monkey Meadow but the method can very easily be replicated on most Easy Maps and a range of other maps however this is just a starter guide and isn't for expert maps. 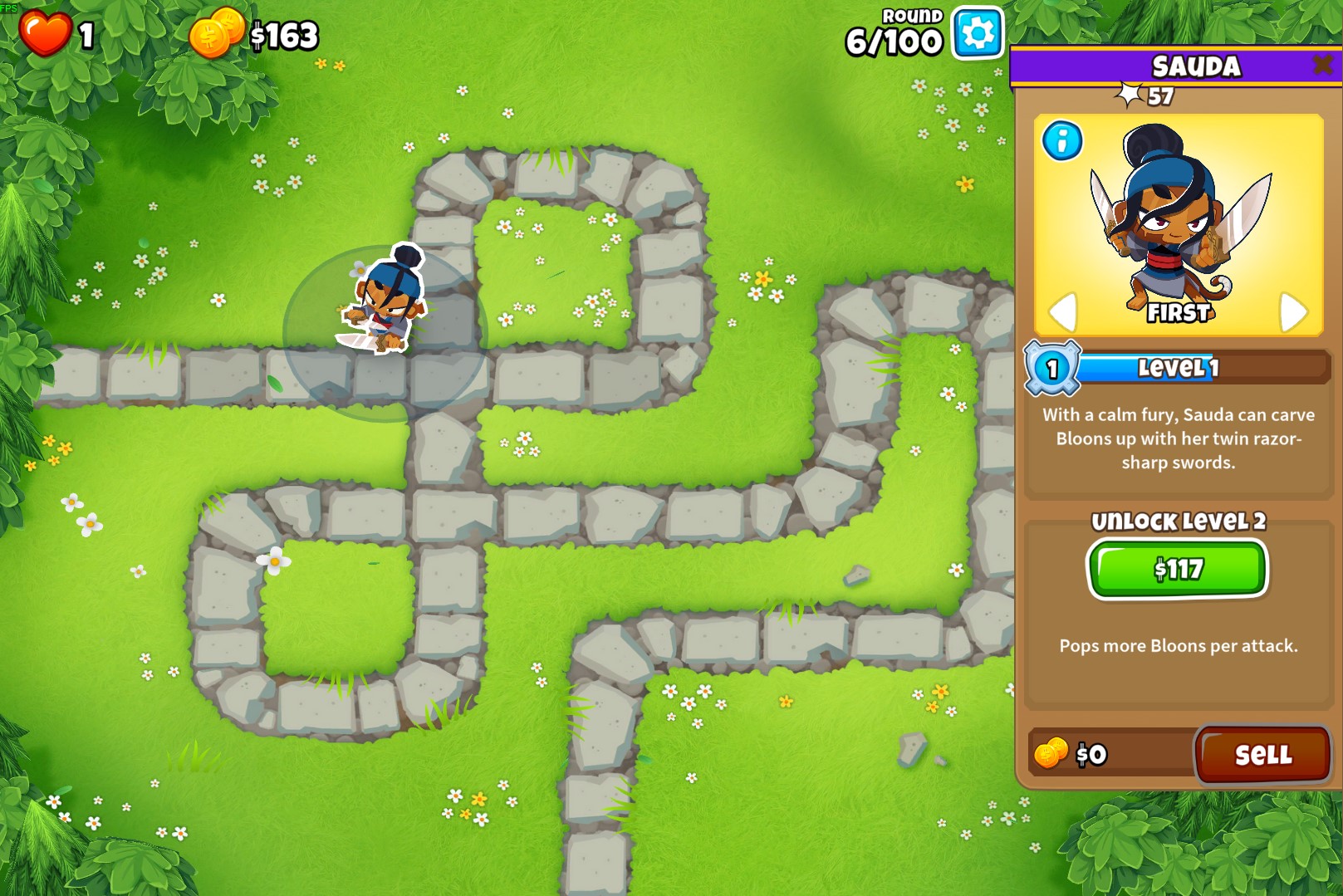 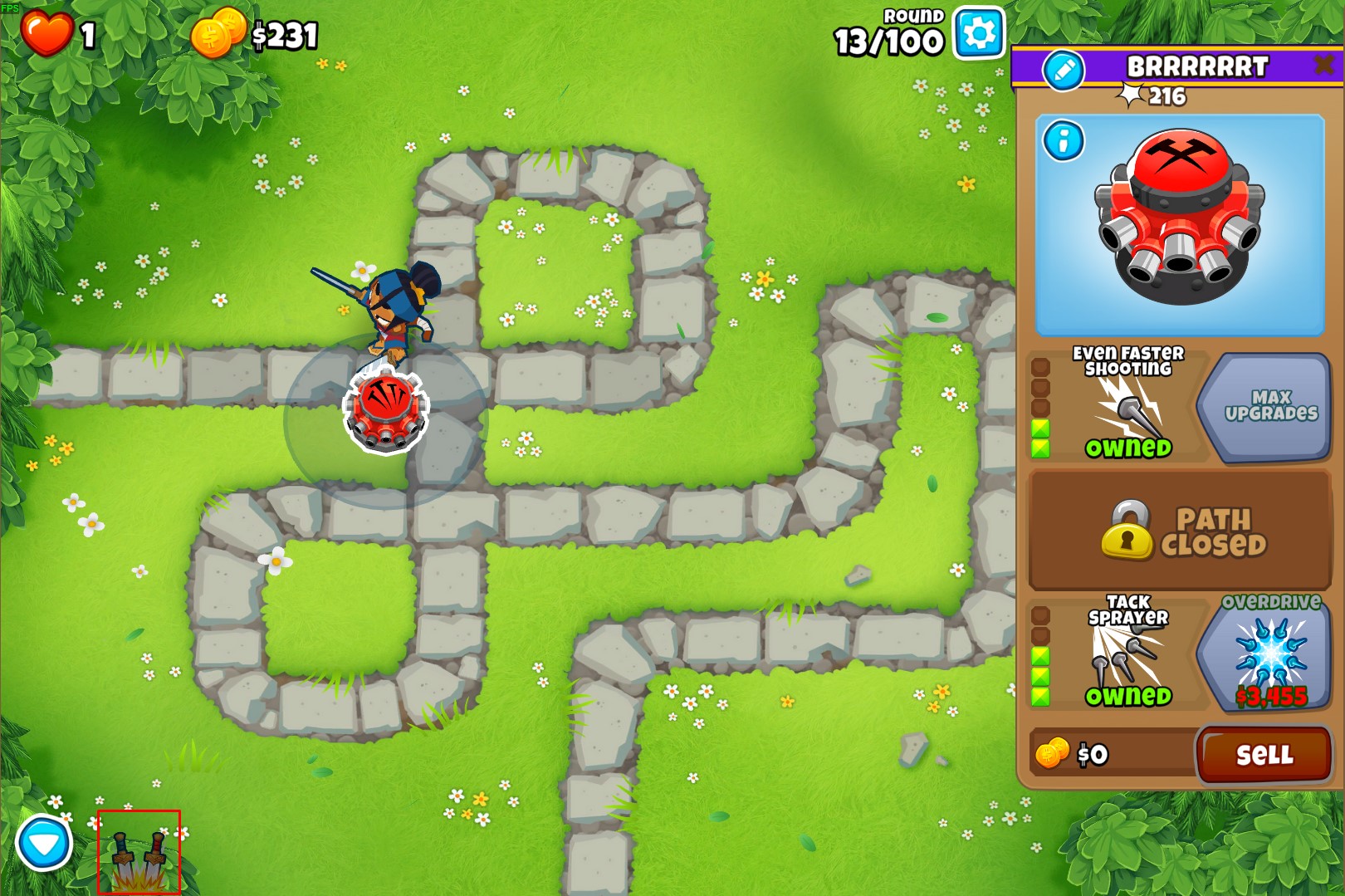 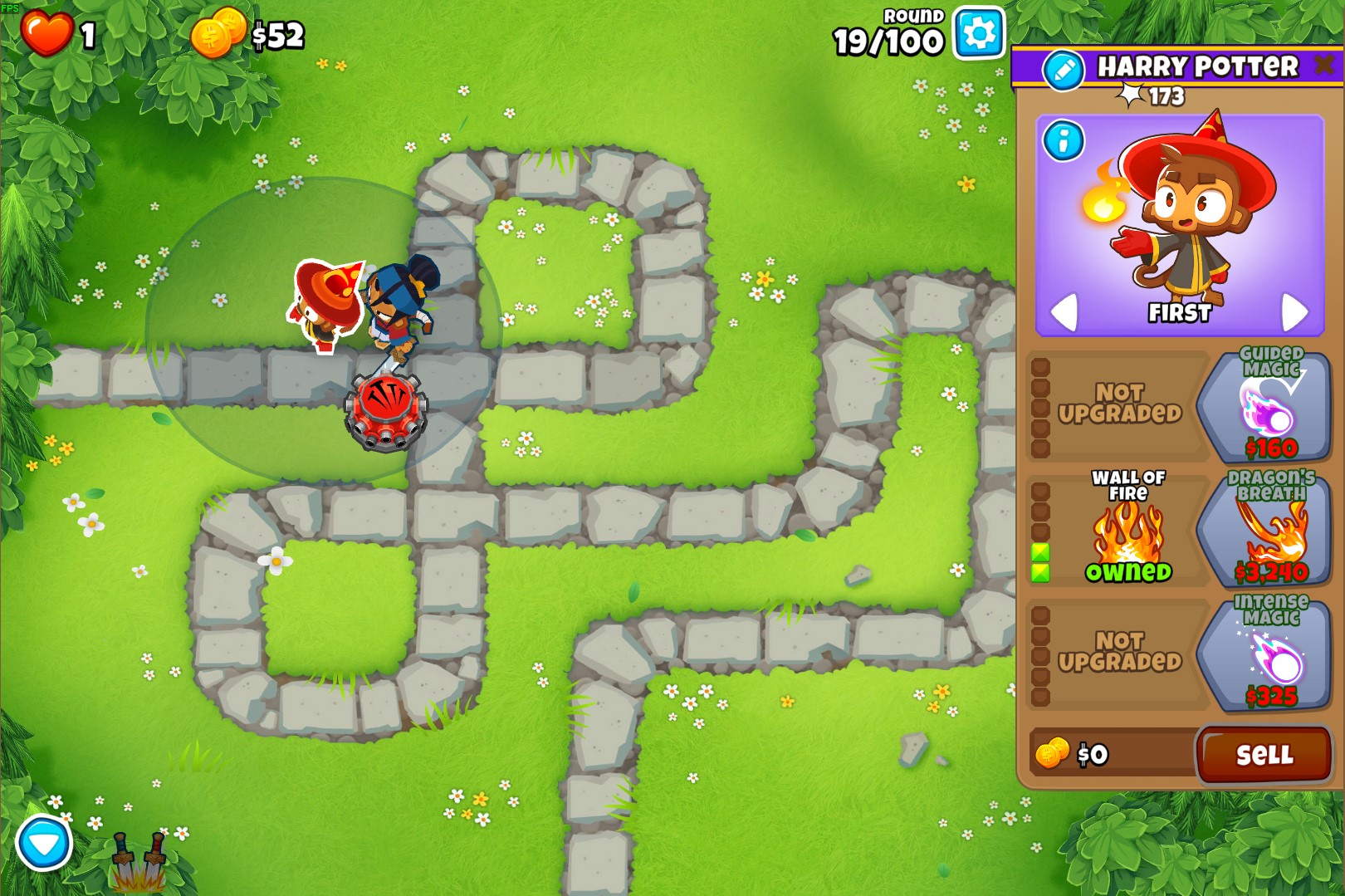 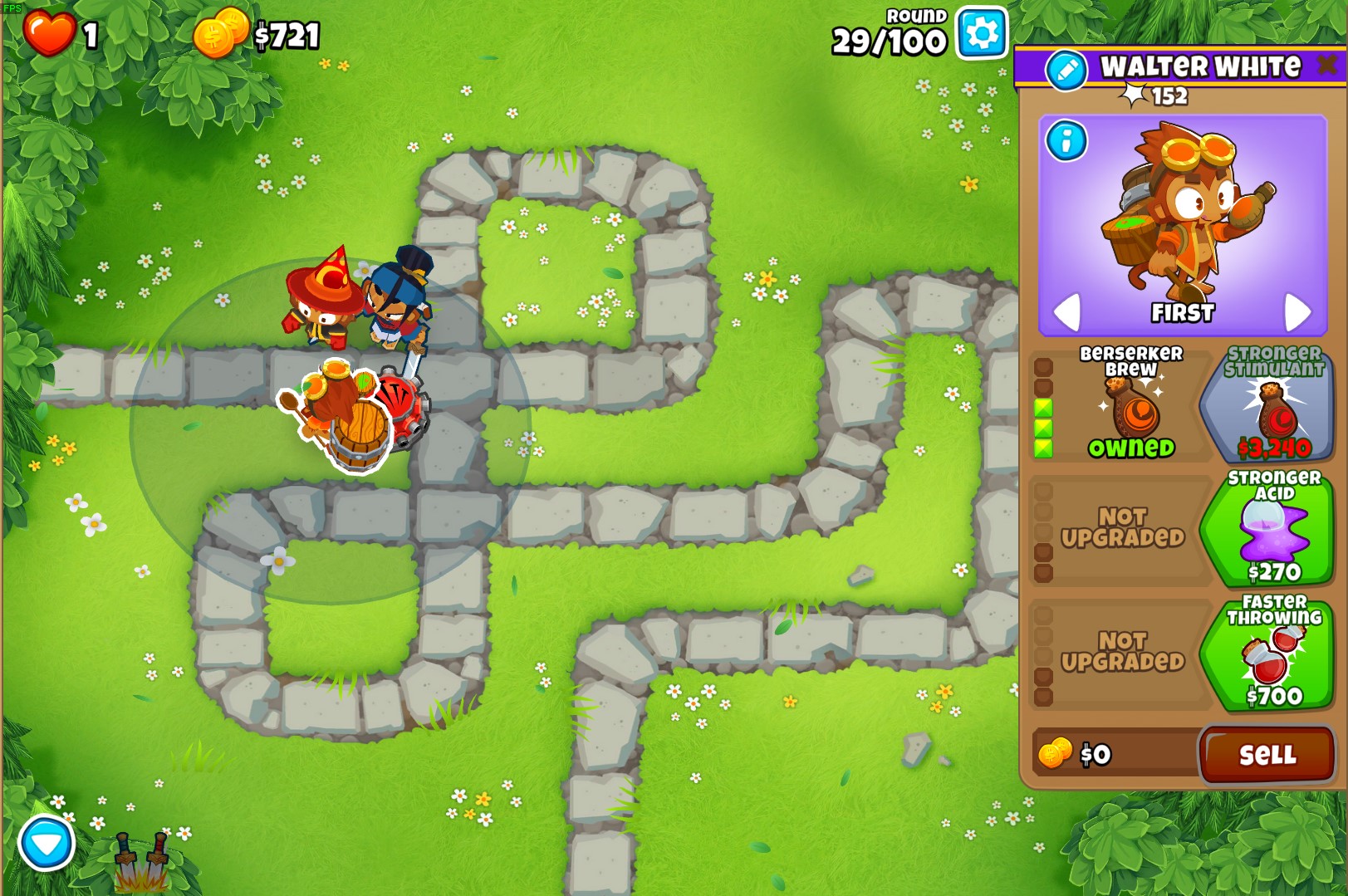 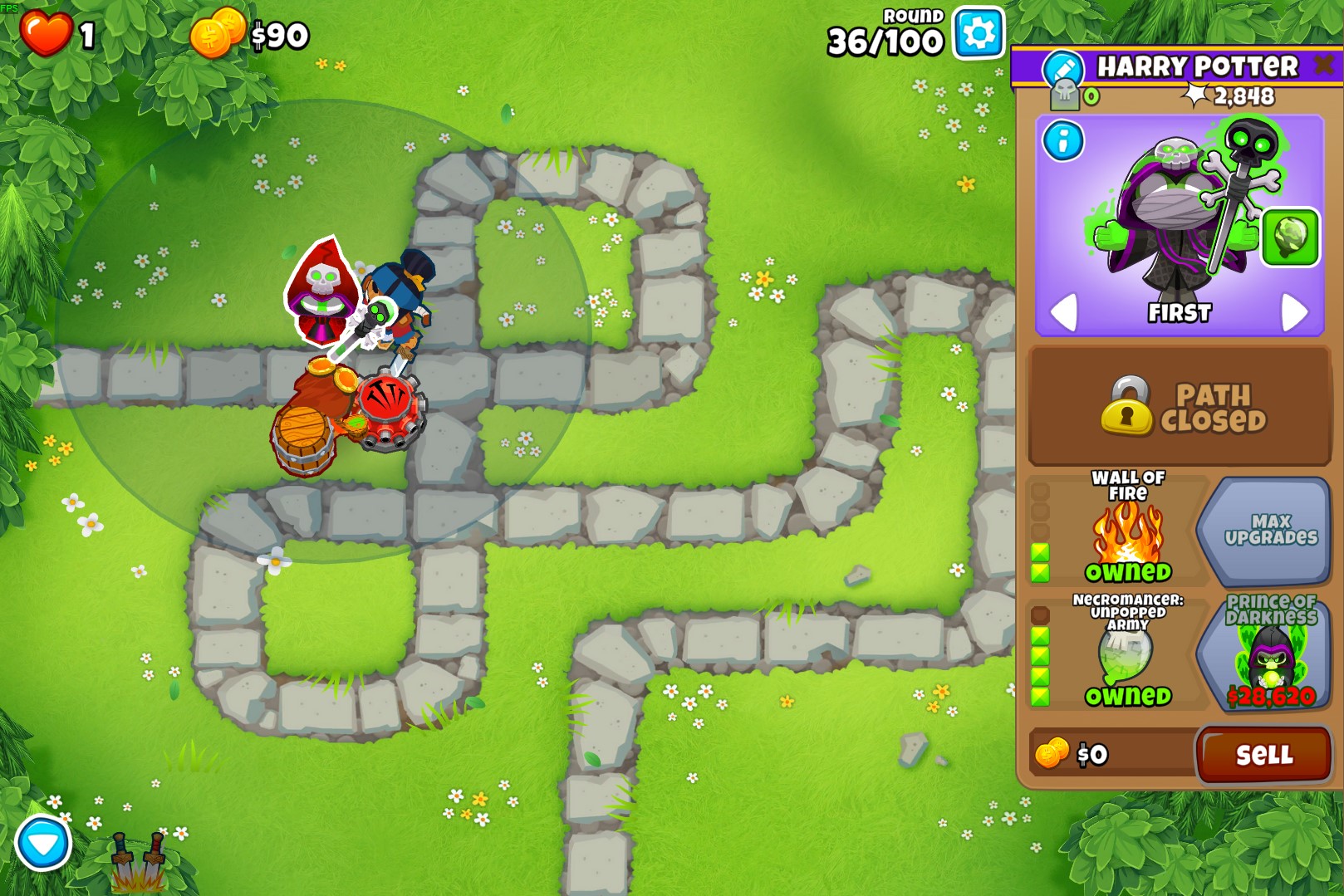 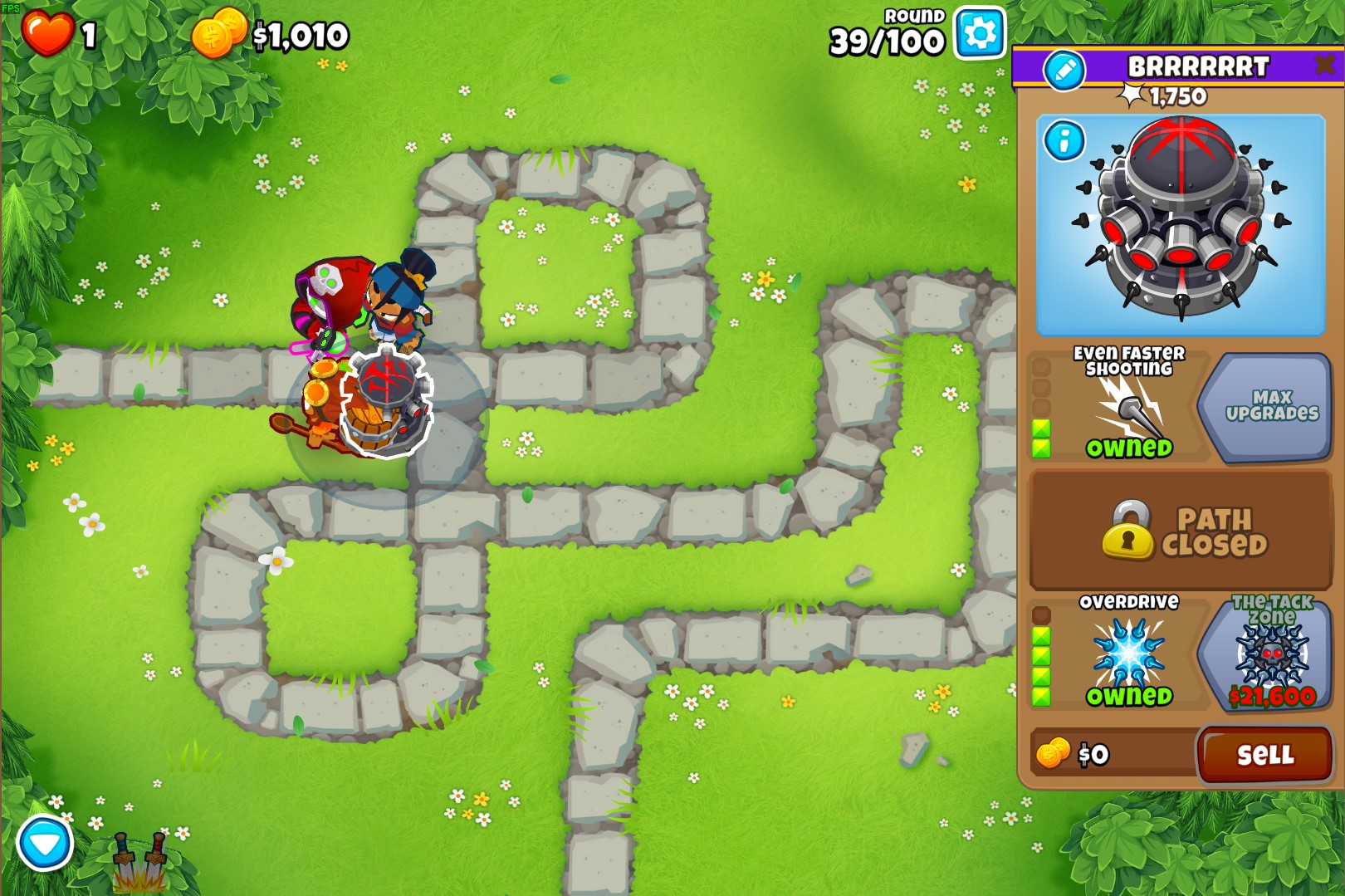 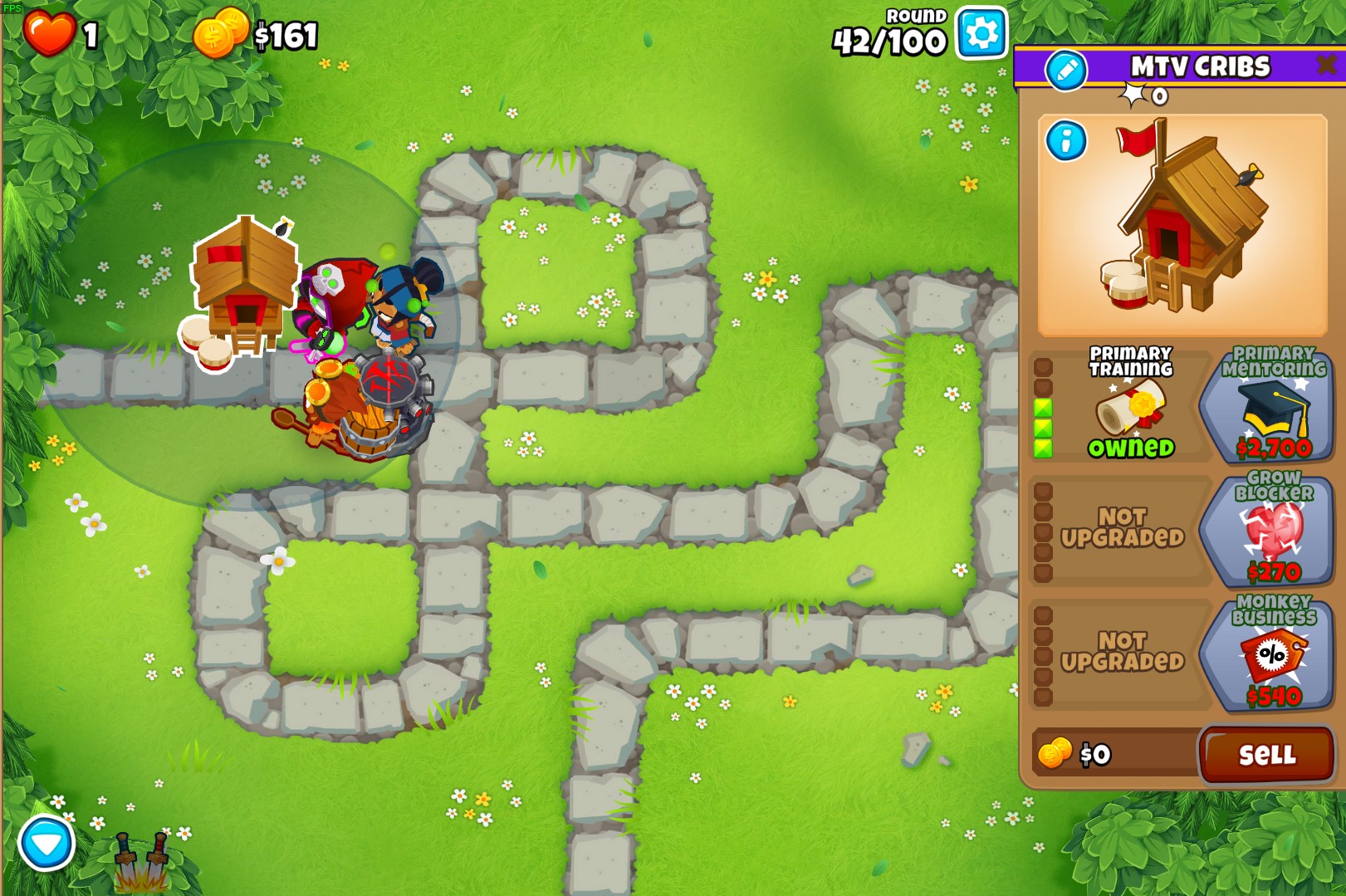 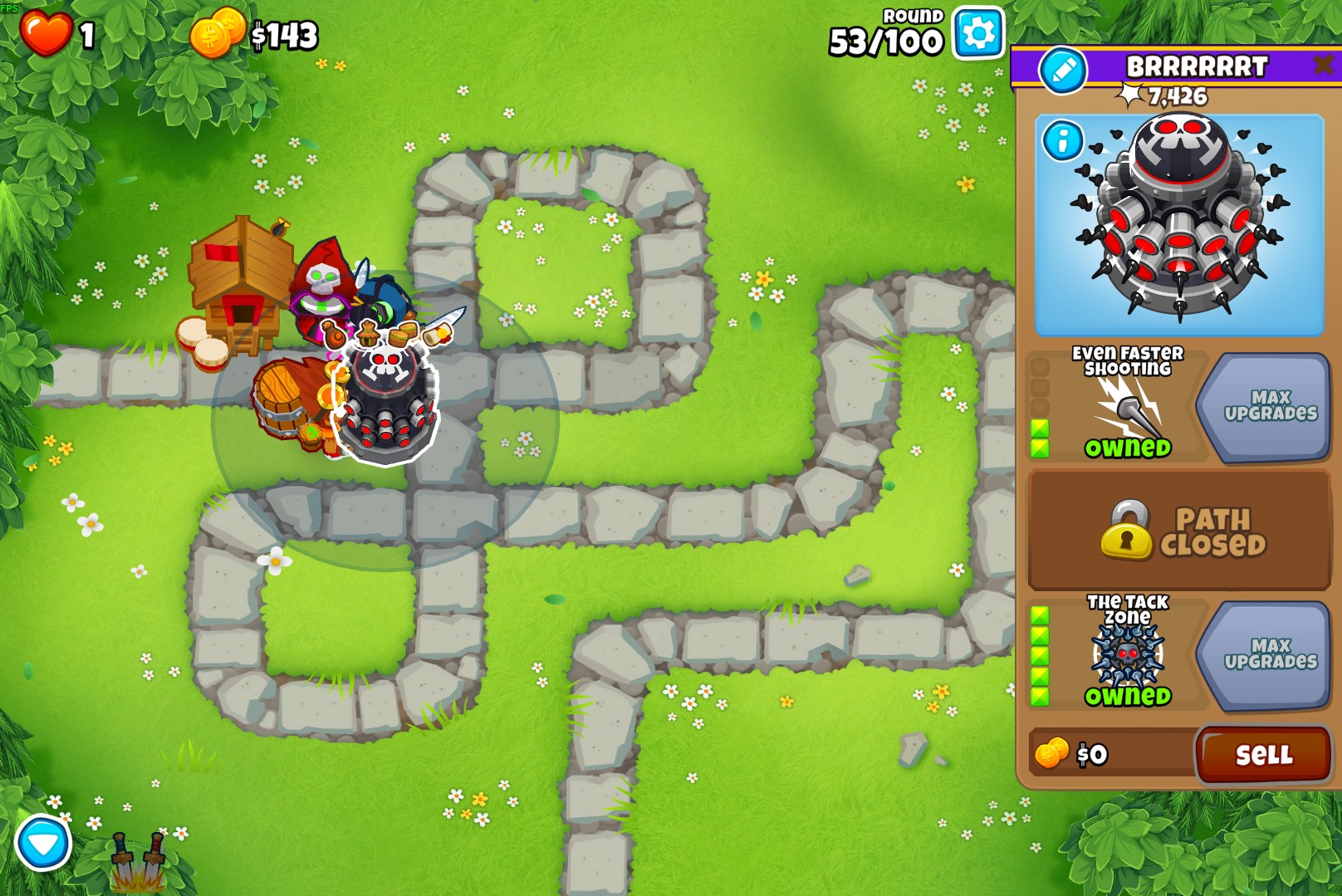 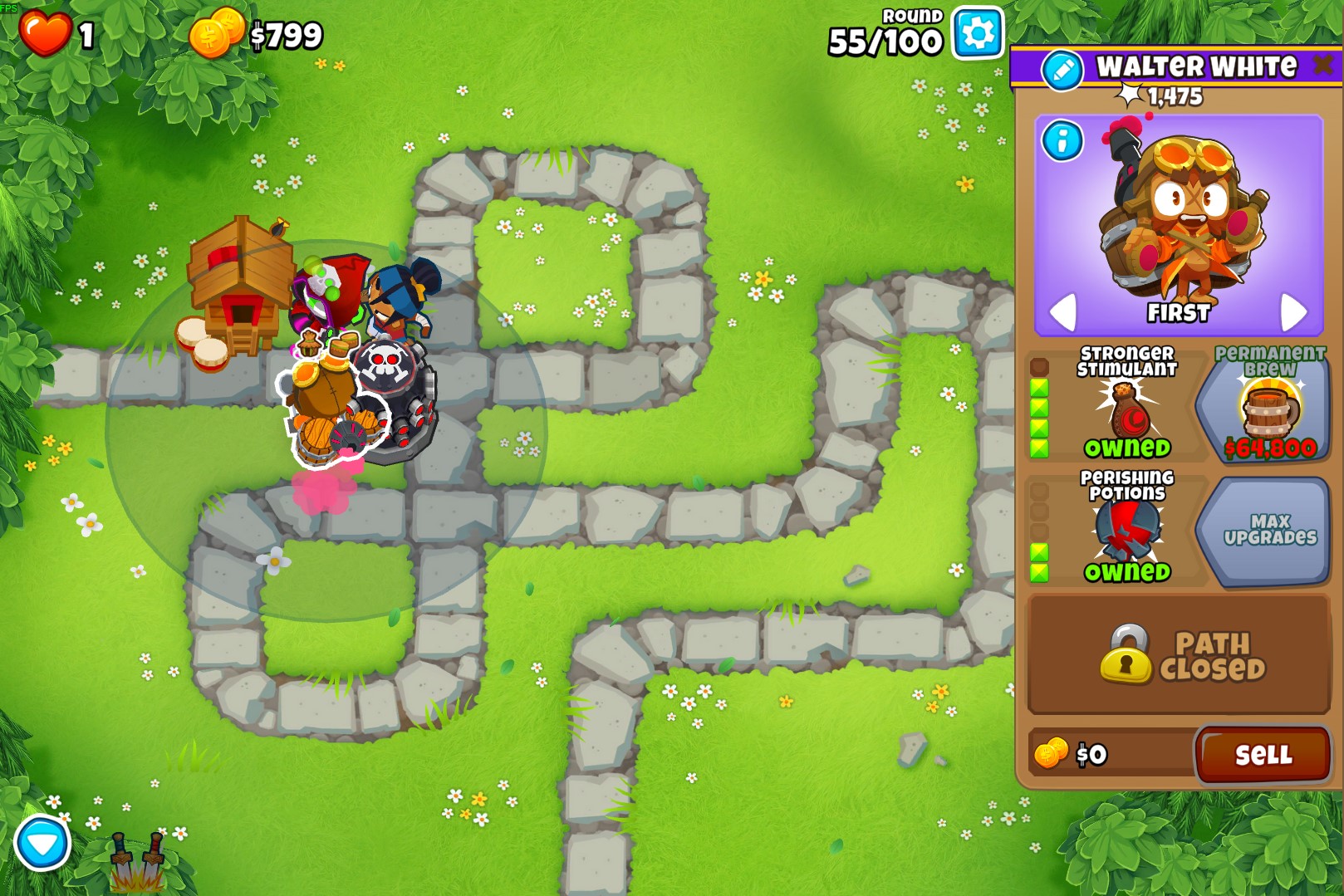 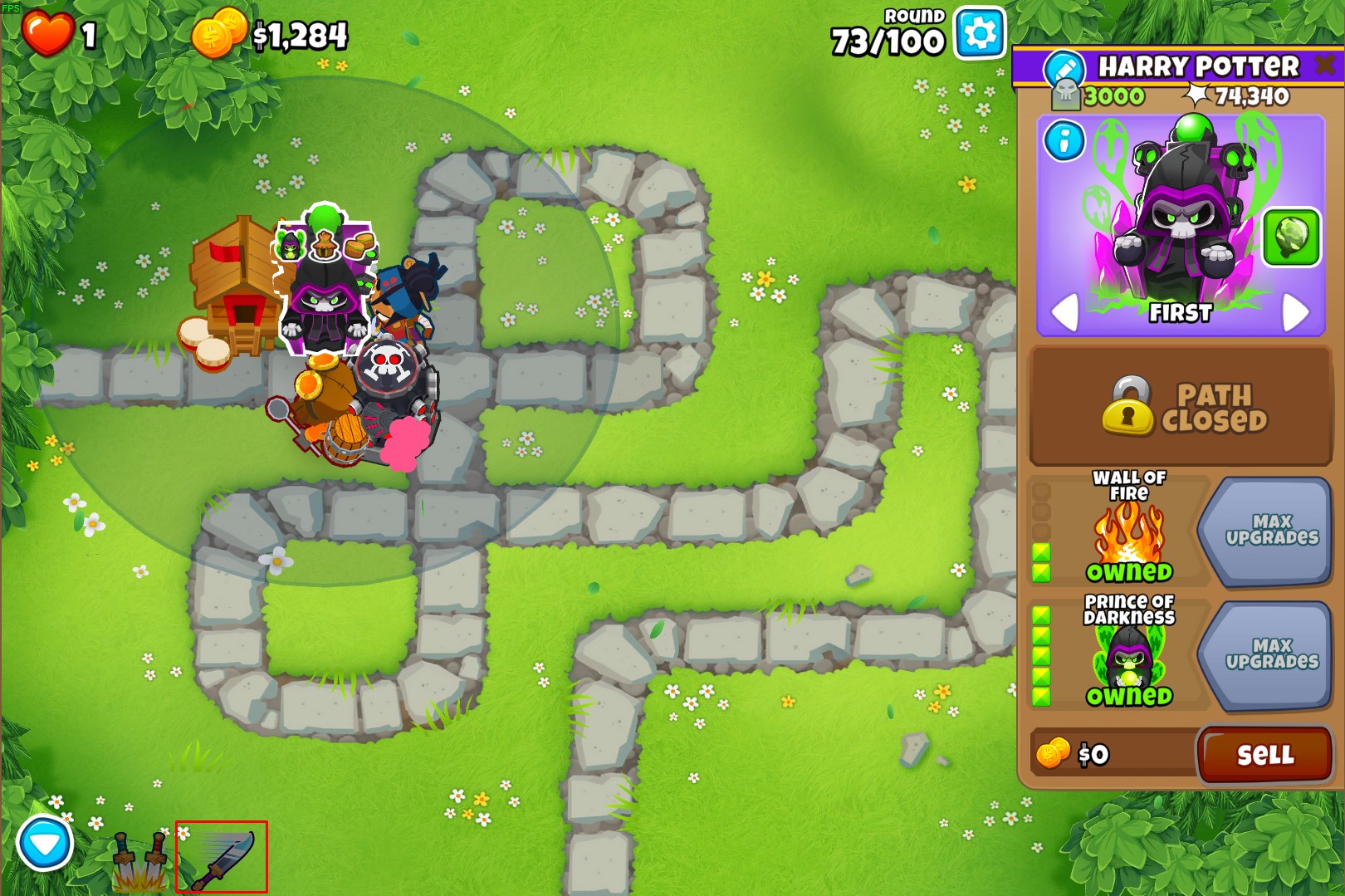 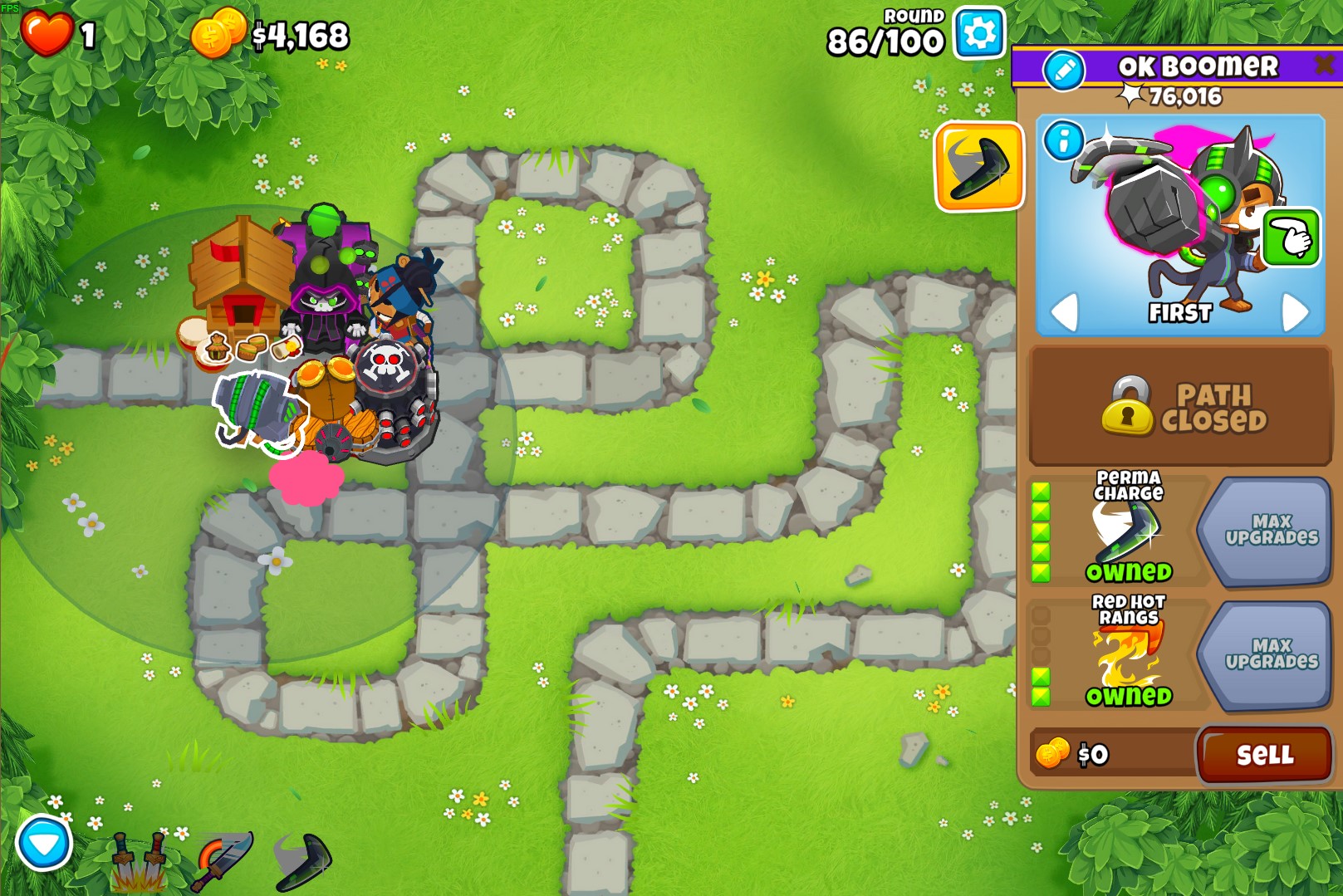 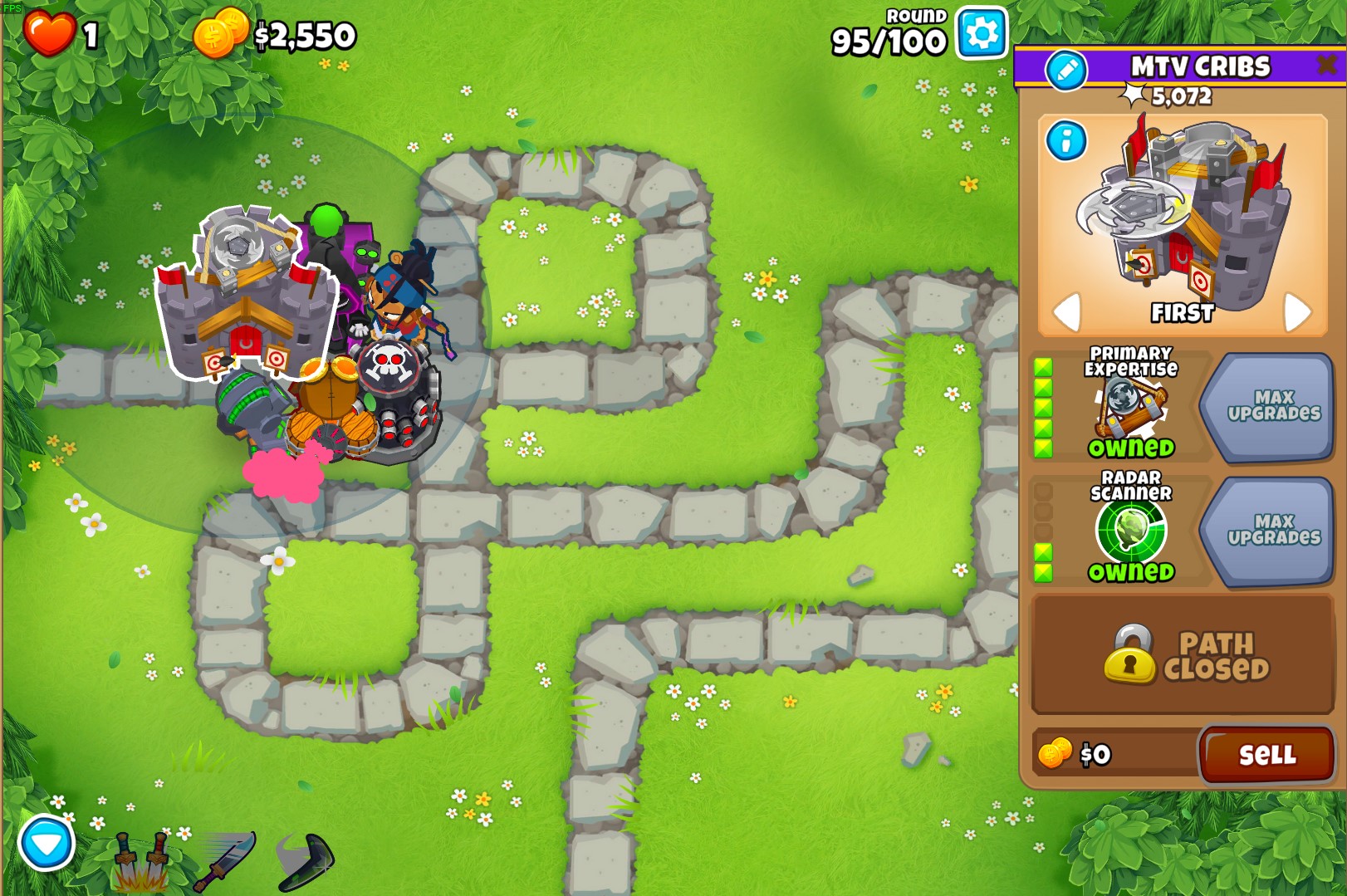 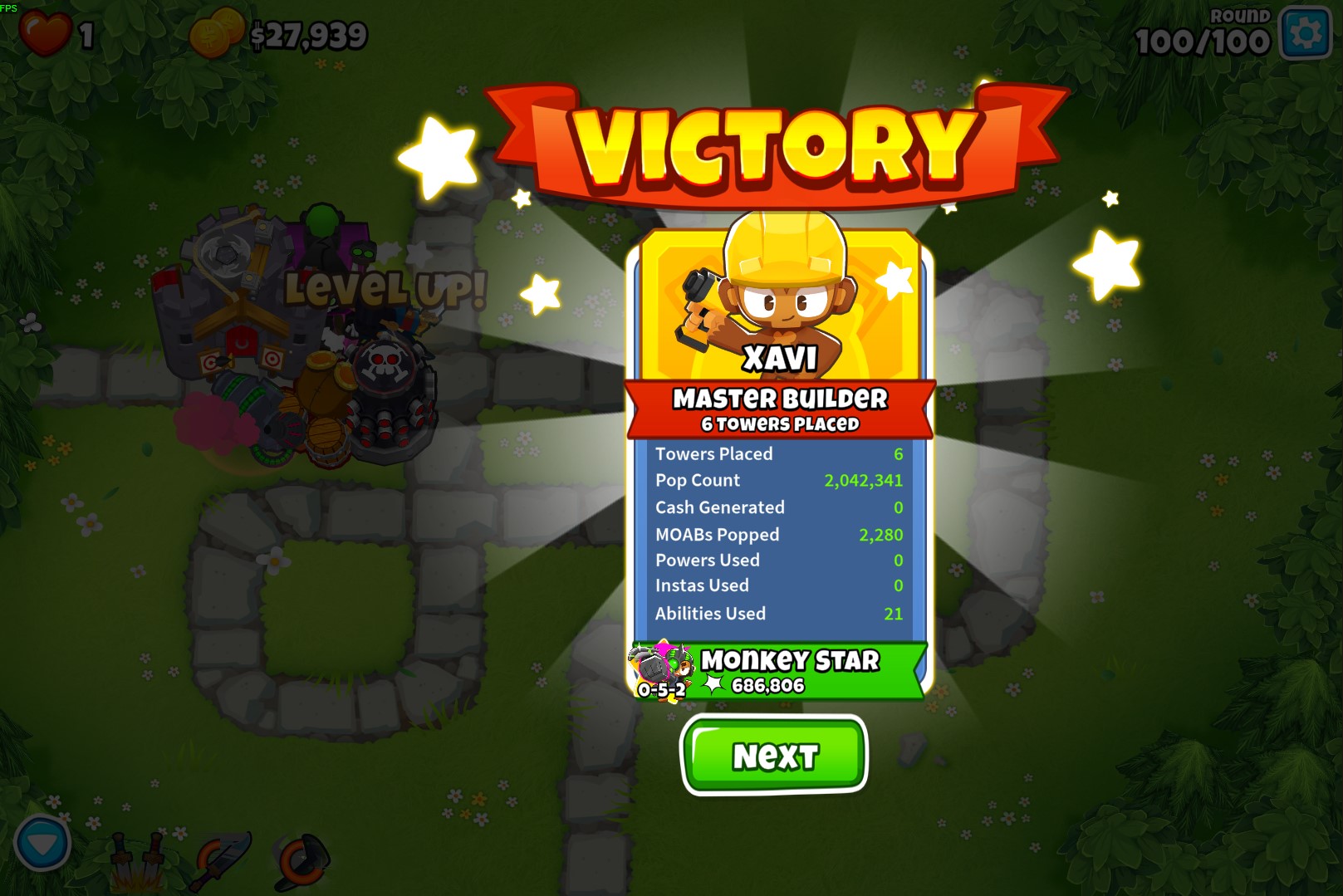 You don't have to stick to this order and can change up for different towers if you think others will work better for you or you don't have the upgrade trees for certain towers but below are my tried and tested starter chimps towers.

Tack shooter upgraded on the top and bottom path should be the next tower you should place this is to maximise DPS in those early rounds so you don't lose because you missed a single red that got past Sauda. Also note that sauda has now also got here first ability which can be used on leads if needed or any bloons that get past your towers.

The wizard tower is perfect for lead and getting these upgrades early (Especially Wall of Fire) will greatly boost your DPS and also note the placement of this tower should be in front of both other towers already placed to make sure towers like the Tack Shooter (who can't pop leads) aren't missing any bloons.

The bottom tree for the Wizard is an easy way of really boosting your DPS and also a good way of making sure that all towers can see camo by using the third upgrade : Shimmer.

Small Upgrade this can be done earlier if you want but upgrading to the 4th level of the bottom tree helps the tack shooter deal some seriously fast damage.

The Village is the last tower we will be placing for a good few rounds and we will be focusing on upgrades after this is placed but the main reasons we want this village is to further increase the attack speed of the towers and also the 3rd upgrade gives towers more range, pierce and projectile speed.

These upgrades are made as the top tree 4th upgrade boosts the alchemist's berserker brew and the middle tree means any potions thrown as DPS will deal more damage to MOAB type bloons.

The 5th upgrade on the bottom tree for the Wizard is brilliant as it expands its personal graveyard greatly, Undead Bloons last longer, and can now also summon Undead MOABs and Undead BFBs that deal even more damage and pop more bloons. Improves damage and lifespan of all Undead Bloons on screen including its own. Note you also have Sauda's Second ability now which is good for track clearing.

The Boomerang Monkey is also a great tower for more DPS later game as it permanently gains Turbo Charge attack speed and deals 4 damage by default. Ability now deals +8 damage for 15 seconds, with a reduced cooldown of 40 seconds. With Red Hot Rangs, its attacks deal another +4 damage, and the ability damage is further increased by +2

The last upgrade i would recommend is the 5th upgrade on the village which in addition to Primary Mentoring buffs, all Primary Monkeys in the radius of the Village gain +3 pierce instead of +1 pierce, free Tier 1 and 2 upgrades, and -20% ability cooldowns. Main Village gains a further +8 influence range and now regularly shoots homing Mega Ballista blades that deal 10 damage or 200 versus Ceramics and MOAB-class. The 2nd upgrade on the middle path also allows all towers to see camo as an extra bonus. 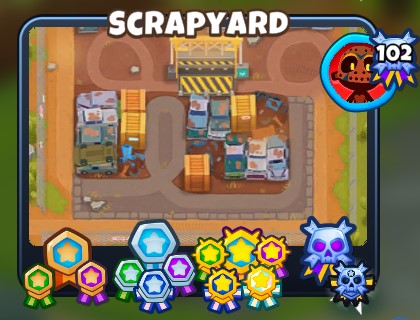 If you are wanting the fancy shiny borders all you need to do is complete all the modes for that map and Impoppable, Half Cash, Alternate Bloons and Double HP MOABS can all be beaten using this exact same method with the addition of some money drops and farms for half cash. The shiny (black) border ONLY comes when you complete the map on CHIMPS WITHOUT quitting. Quitting mid playthrough on CHIMPS results in a gold border with the red medal. (Thanks to wiltedblade for this correction)