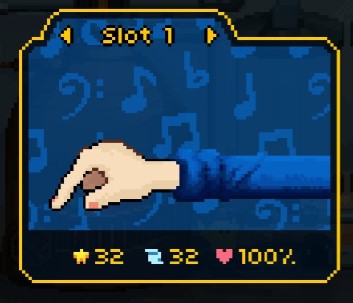 Rhythm Doctor has become one of my most favorite rhythm games of all time. I mostly stick to 4 key rhythm games, like Friday Night Funkin', Etterna, Quaver, etc..., but the unique aspect of playing a purely rhythm based game that you can literally play with your eyes closed has truly charmed me. So much so to the point that it gave me the motivation to 100% the game, Full clearing (FC) every possible song in the early access version! (Full clearing, by the way, basically means getting an S+ in a song, not missing a single beat). The golden button you get from accomplishing this feat is such a gratifying reward!

My love of the game is truly unending, and so, has led me to writing this guide! I will give 5 simple tips you can use in order to improve your game, and be on your way to 100% the game as well, and pump up your own love of the game hopefully! In no particular order, the 5 tips are:

1.) Learn from making mistakes during gameplay

2.) Listen to the OST to get a feel for the song

3.) Strive to improve in a song section by section

4.) Count to the 7th beat in Chinese, not English

5.) If you start to feel frustrated or tired, take breaks

Learn From Making Mistakes During Gameplay

Whenever you miss a beat, you'll notice the sound of the heart cracking. Whenever you try to learn new songs and make mistakes, listen to the patterns that the sounds of the cracks make, and try to adjust to try and replicate those patterns to hit the beats. You'll find yourself being able to do these sections in no time! Trial and error may not be the cleanest way to learn a song, but it's still rather effective. If you want, you could either look up the song on YouTube to learn the proper way to play it, or just boot a level up and don't press anything and try to figure out how to hit the beats and their patterns. Up to you really.

Listen To The OST To Get A Feel For The Song

Rhythm Doctor is a game that focuses much more on getting a feel for a song and being able to match its rhythm instead of challenging your mechanics. I love the OST to this game, and regularly listen to it as background music, and so I find it much more easy to play through the levels as a result, especially the ones with my favorite songs. The entire OST is available on YouTube, so go on and give it a listen! It might just help you understand songs you're having a rough time with!

(And subscribe to 7th Beat Games' channel while you're at it.)

Strive To Improve In A Song Section By Section

I find this tip especially useful in songs where I find only certain parts to be pretty difficult to play, but is otherwise not that hard overall. Identify whatever part of the song you find yourself having trouble with, and pay close attention to the beats and patterns of that part, while taking note of the mistakes you're making and how to fix them. You could also check those parts out on YouTube, but I find actually practicing your play in-game to be more effective. It never hurts to do research though.

Count To The 7th Beat In Chinese, Not English

OK, so this certainly something of a personal technique that I picked up when I was having trouble with Super Battleworn Insomniac. To keep my rhythm, I tend to count from 1-7 in my head or out loud. However, I find that when I get to 7, I sometimes get flustered because the word se-ven has 2 syllables, which can make me confused and miss a beat. That's when I switched to counting in Chinese instead, like the game usually does in its tutorials, because the Chinese word for 7 (qi) is only one syllable, which ensures I won't get confused. It's a bit of a weird tip, but if you also do the counting to 7 technique, then try replacing 7 with qi! It's a simple, yet surprisingly effective change!

If You Start To Feel Frustrated Or Tired, Take Breaks

I find that I play my best whenever I'm having a lot of fun and I really enjoy a song! However, there are times where I get pretty tired of constantly resetting due to messing up once. Getting salty or tilted from your mistakes is a surefire way to constantly make mistakes due to not being able to give your absolute focus on the song. Whenever you start to get tired or so, take a break! Do anything besides Rhythm Doctor, or playing games! It may be fun, but give your mind and body a break and try to do something else, like walk around the house, nap, or read a book! You'll be all rested up after your break, and be more ready than ever to FC levels! 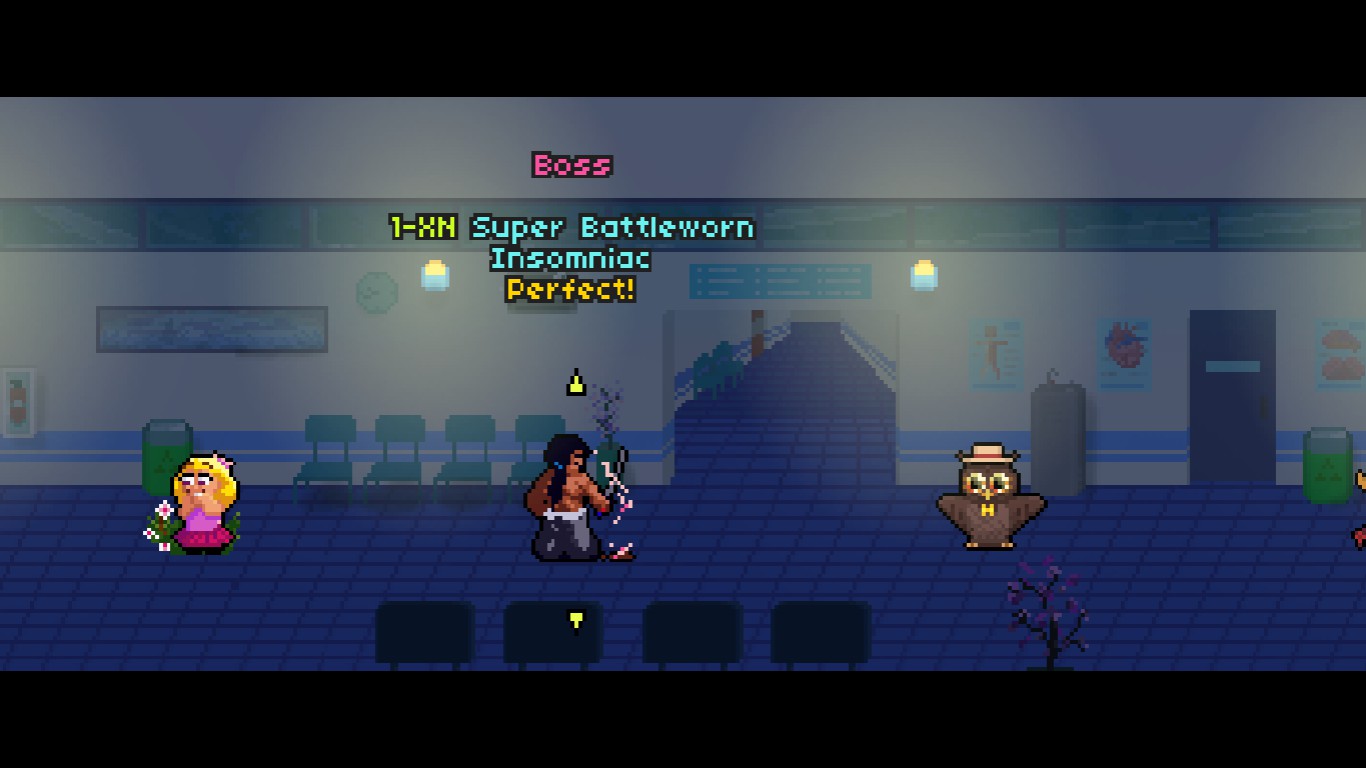 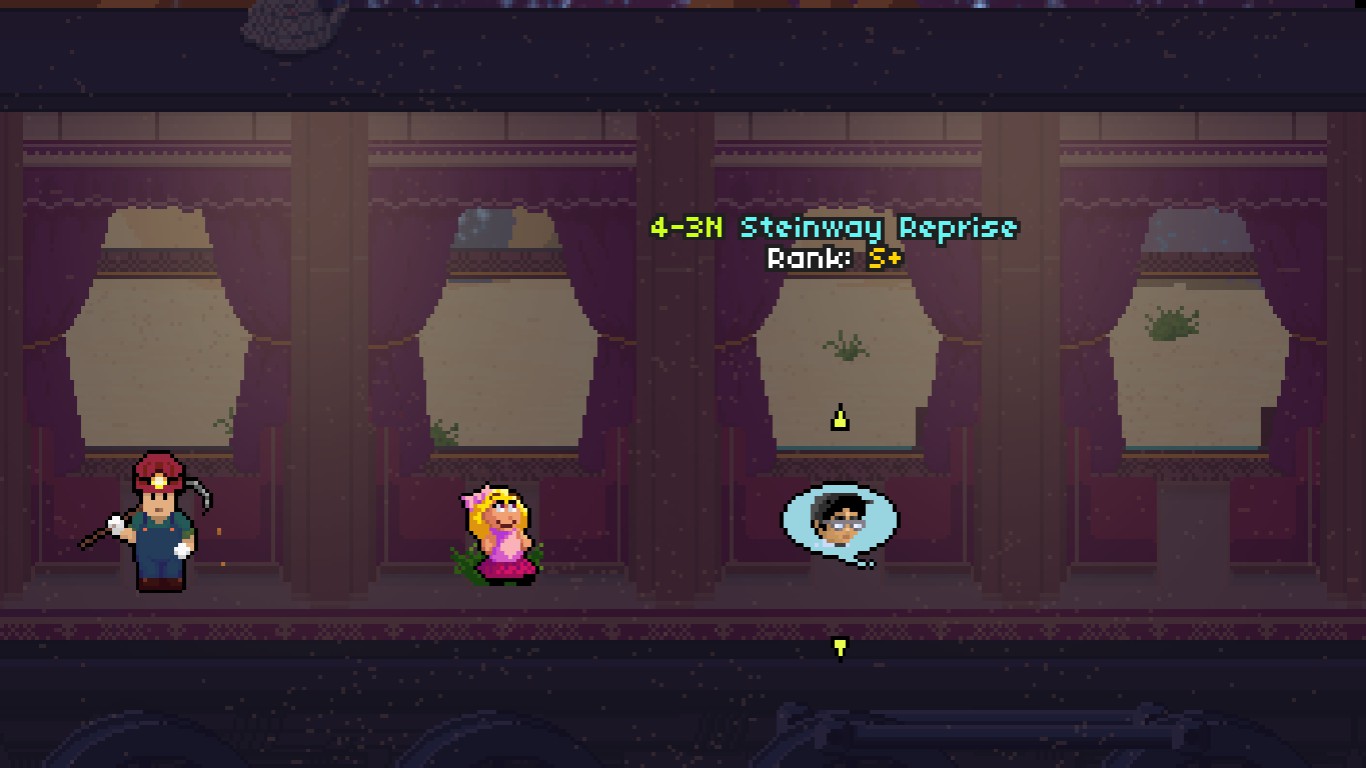 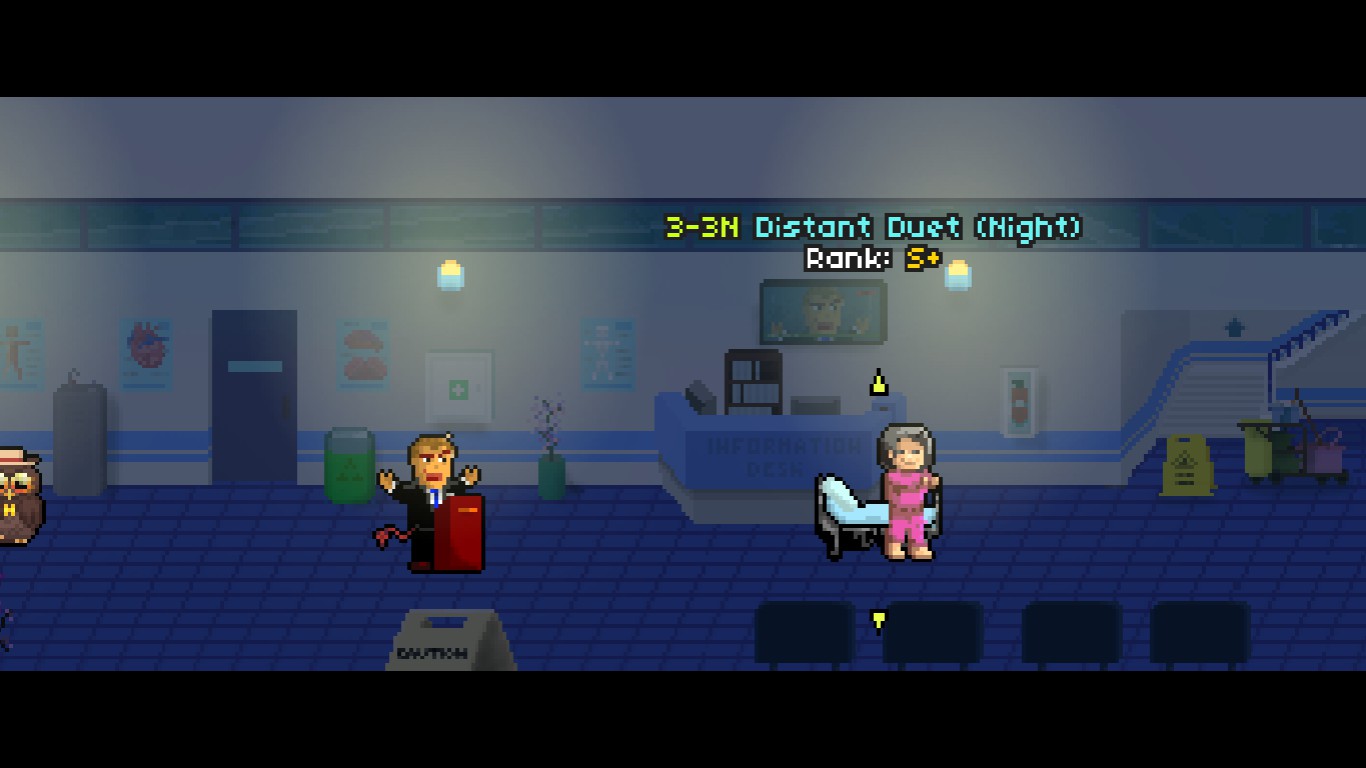 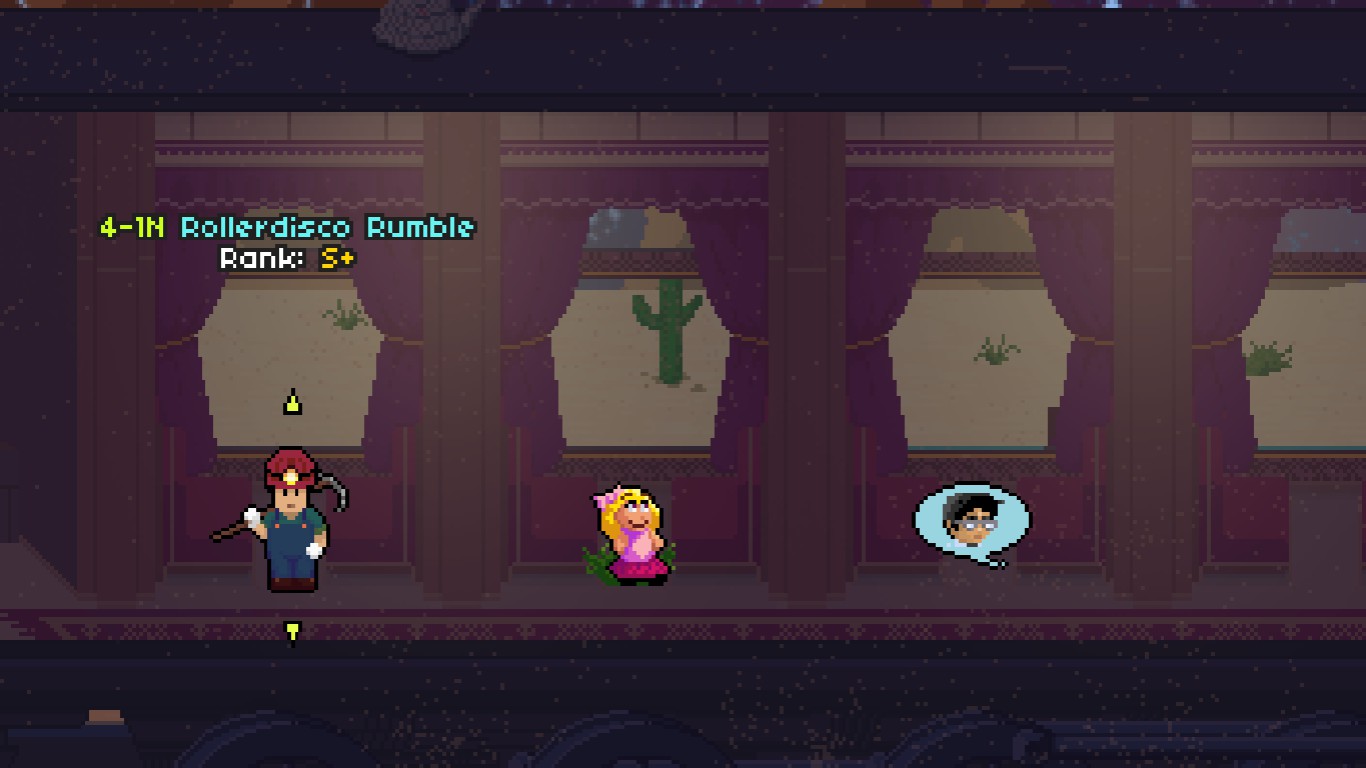 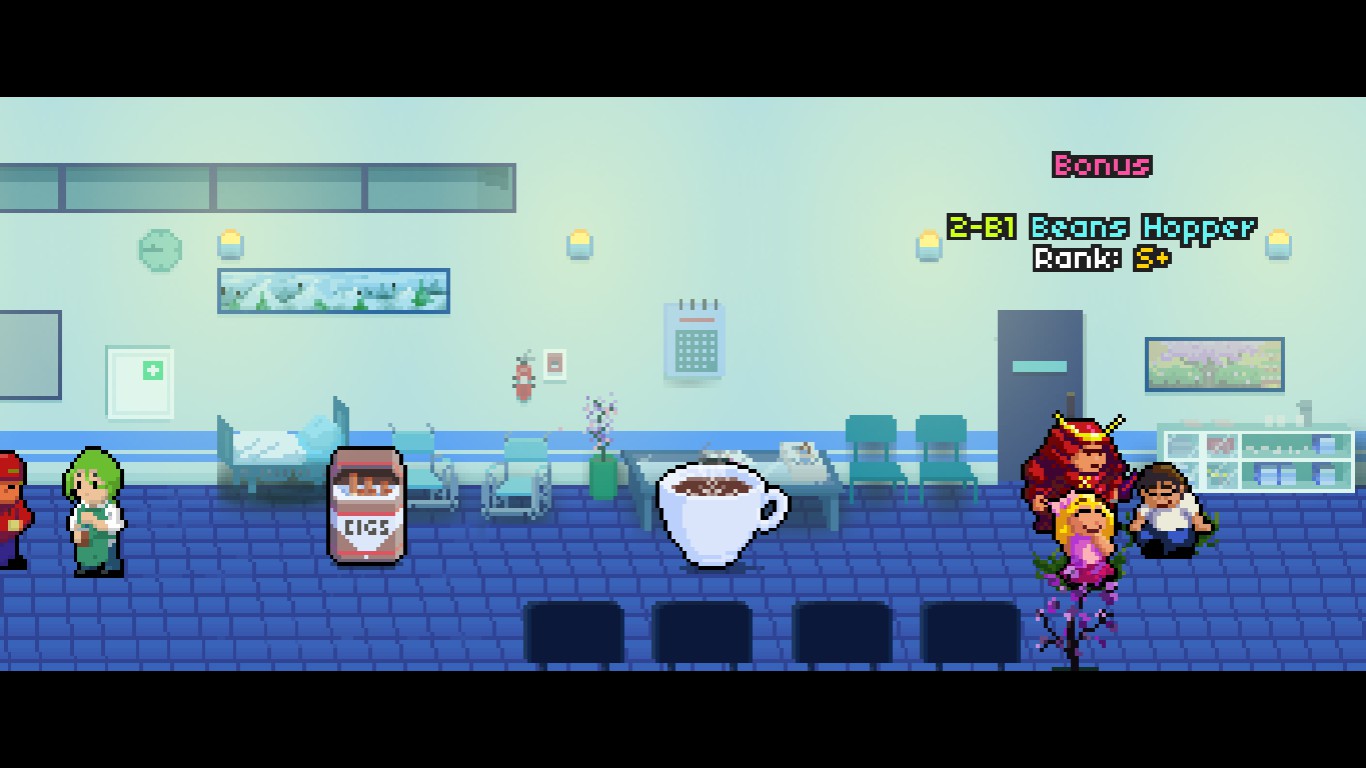 I get into the details of songs that are encountered relatively late into the game, so if you don't want to be spoiled, skip this section!

Here's an extra section where I rate my personal top 5 hardest songs to FC! There are multiple factors that affects a song's difficulty, such as the BPM, note types, number of hearts to monitor, etc... These 5 songs in particular have given me the most trouble in my goal of 100%ing the game:

(Note that 4 out of the 5 songs are night songs, as their overall difficulty is much higher compared to day levels)

Main Reason: Easily the level most people know Rhythm Doctor for. The second half of the song being 7/8 takes a while to learn, and the stuttering, glitches, and distractions are at their absolute worst here. Using the Chinese beat counting method was crucial for me to FC this. I also found listening to the piano part of the irregular beat section to help immensely. Would recommend keeping your eyes closed for this one.

Main Reason: While the birds have 2 relatively easy patterns to memorize, the old lady's patterns are varied, fast, and erratic. Keep your focus on hitting the old lady's parts, as the birds' patterns will eventually become mere muscle memory overtime.

Main Reason: Irregular rhythm from the old lady gets very tricky in this level when trying to juggle it with her husband. The last stretch in particular gave me trouble due to the old man suddenly switching to a very slow irregular rhythm at the end, which tended to mess me up. Like with Steinway, focus mostly on the old lady, but watch out for when the old man switches his own rhythm to be irregular every now and then. (These 2 levels have awakened a hatred for old women in me.)

Main Reason: HOLY CRAP THIS LEVEL GOES ON FOREVER. It doesn't help that the screen goes all over the place with this one! Making a single mistake due to Cole's very fast patterns and the final stretch with Cole and Miner together made this infuriating to FC. The politician coming in out of nowhere can also ruin your day if you don't pay attention. Focusing on the beats instead of the visuals is essential for this one. The most important thing to do is to keep a steady rhythm with Cole's beats while also preparing yourself whenever the miner's beat is coming in. Keeping in mind that you hit all beats while holding one of the miner's hold beats is essential as well.

Yes, you read this correctly. Beans Hopper, the level without an actual proper song (which is just a remake of the main lobby theme). It was the bonus level that gave me the hardest time to FC. I wish I was joking, but I've garnered a special kind of dread for this level. I was surprised this was even part of the completion rate! The main draw with this level is the fact that it's completely random every time you restart it, meaning it's much harder to practice it compared to the rest of the other levels in the entire game. I simply kept on spamming it until I had patterns that didn't throw me off because of how fast the SVT patterns kept on changing. Having no song to jam to while playing really made me have a distate for this level, although I don't really have THAT much hate for it. Most important thing to do is to wait for the sound of the box getting hit as the beat, and hitting you key when you hear it.

What are your favorite or hardest songs of the game? Let me know in the comments! Some critique on my guide would be nice too! Hope this read was helpful!