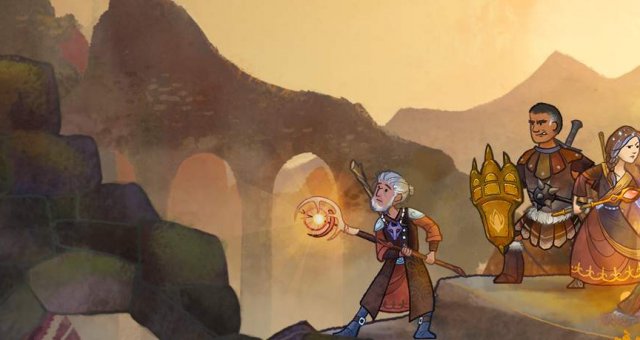 Having trouble with getting one-shot by giant enemies? Feeling like the pile of calamities is becoming insurmountable? I’m here to help. For reference, I do 3-man no-save/load HP Lovecraft runs with a high success rate and am working on the Esoteric Overhaul to increase the challenge past Lovecraft (this guide is NOT for the overhaul). That said, I’m sure there’s a lot of things I don’t know about the game yet. This guide is a starting place, not the final say. If you’re in a rush, just do these two things and you’ll win.

Items can come and go, but calamities are forever.

In order, the best ways to take 0 damage are: kill everything, be out of range of everything, or have armor/warding/temp hp to cancel out their attacks. Getting dodge/block up to have 100% evasion is an alternative that I haven’t really explored and won’t be talking about in this guide

Most of the other strategies and evaluations are built around one of those two keystones. Keep in mind that they’re what you’re working towards, not failure conditions. You’ll take damage, get maimed, maybe even lose a person or two on the way. But these are what we’re aiming for. Here are some things we’re NOT aiming for:

Now, those are nice to have, sure. But when they conflict with one of our two main goals, we need to pass up on them. Now, even I don’t follow those rules 100% of the time, especially if I’m comfortable with my chances and looking to make someone better for when they become legacy, but they’re your two touchstones. Every time you diverge from them, you better have a good reason. In almost all strategy games, you do better by increasing your chances of future success rather than taking temporary gains or mitigating the downsides of potential failure.

Well, let’s look at our touchstones. For making chapter 5 as easy as possible, we don’t want our starting three heroes to retire. A retirement age of 65 will generally get us there, though there’s a few events that can push that by a decade. We’ll stick with 65 for now.

Okay, so what about other stats? Well, what’s going to help us take 0 damage? In order, we want to either: kill, outrange, or mitigate. So that puts potency for your mystic in the top tier, along with speed for everyone (which helps outrange and sometimes kill via flanking.) Having a speed bonus of .6 brings you to 5, which is pretty big difference early game. Older characters also get large speed penalties, so speed works for both touchstones.

Accuracy technically helps kill people, but for the most part your mystic will enable flanks for everyone else. So: ranged accuracy for mystic is good, other accuracy is mediocre.

After those, some health is fine or some recovery rate is useful for older characters in chapters 4 and 5. None of the other stats help with the 0 damage touchstone, so we’re back to what works for chapter 5, and old characters take massive hits to recovery rate. If you get a +5 or 10 to recovery rate for your mystic, you will absolutely feel the difference once they hit 70.

You don’t need to go crazy with rerolls, but the retirement ages in particular can make a big difference.

Alpha Strike – To reiterate, your aim is to take 0 damage from every monster pack. The best way to do this is always to kill them all on your turn. Generally, this will take the form of: Mystic does an area of effect interfusion that will enable flanking against most opponents, while staying at range. Everyone makes a series of flanking attacks or high% attacks and the enemy dies. This is your goal.

Flanking – attacks that are 90 degrees from a previous attack on the same enemy with have 100% to hit. Finer points: Multi-tile enemies calculate for the center of all their tiles. Mystic interfusions do not get the flanking accuracy bonus, but do enable flanking for any following attacks. For flanking purposes, the interfusion attacks came from the interfused object. Abilities like engage and throw hurlax let you flank with a single character, if need be. Use, move, attack.

Movement – You can see what an opponent’s move range is by holding shift and hovering over their figure. It’s common to leave a melee opponent or two alive, with all your heroes out of their range. Alternatively, it can be right to just double move run your entire party backwards to get some breathing room. Monsters can only see 10 tiles away (same as you) and unless they are getting alarms from other monsters, will generally act pretty silly while in the fog of war.

Bows and wands are great. Staves, crossbows and daggers are good.

Your warriors should (eventually) have a bow and some melee weapon. A mace or hammer provides some unique utility with guardian, allowing them to knock back an enemy from attacking, but go for a high damage weapon of any type if you don’t have a good bow on them yet. Hurlaxe is nice if you don’t already have a good ability that uses your swift action. A shield pairs nicely with engage.

Your hunters should have a bow and a dagger+activatable offhand (net, hurlaxe, throwing knives). Daggers double all of your damage after their armor, including any bonus damage you have, and silkstep ignores all armor.

Your mystics should have a wand or staff and a useful offhand (activatable if you’re using a staff with a secondary 1-hand weapon). For the most part, you shouldn’t need anything else, but if you have excess resources anything from a tier 0 dagger to a tier 3 bow might be useful once a blue moon.

You get a partial discount for replacing another weapon depending on their original cost and how similar the two weapon types are. A spear’s best quality is that it reduces the wood cost for a bow replacing it. It may better to jump from a tier 1 weapon to a tier 3 enchanted directly, as you only get a partial refund.

The strategy is to avoid calamities. Calamities you get in chapter 1 or 2 will still be there in chapter 5, while a few extra ingots or level 1 items mostly won’t matter. Some of these strategies will seem extreme (and they are) until you try them and see how much easier things can be. After you win a game following this to the letter, try experimenting more, but it’s easy to have your intuition lead you astray if you haven’t tried the extreme case.

When cancelling calamities, always cancel the main enemy faction ones first. Generally speaking, don’t worry about the enemy's abilities, and damage on most melee enemies should never matter. HP, armor, and enemy count always do. You’re trying to take 0 damage – not less damage – from enemies, remember? Best way to take 0 damage is for them to be dead.

Don’t build outposts. If you’re in desperate need of wood or spellthreads, you can build exactly one outpost in chapter 1-3. The time and LP are better spent limiting the enemy.

For chapters 1-3, clear the board of monsters but don’t do any research. I don’t mean to pick the option without items, I mean don’t do anything with the tile after you beat the monsters, just move on. You miss out on some items and resources going into chapter 2 but avoiding a wave of calamities by moving faster is worth it. The towns will be yours at the next chapter regardless, and will start producing resources for you then. With practice you can grab one or two if they don’t cause another batch of calamity cards, but if you’re unsure just skip them all.

For chapters 4 and 5 go directly towards the goal. After scouting, DO NOT FIGHT main faction enemies – that would give you a calamity you’re trying to avoid. Just move on to the next tile. The enemy levels up faster than you do (if your heroes and items are on track), and you don’t want to risk maiming.

When a new opportunity is discovered, don’t accept it at first. You can pull up the window again with a button in the lower left. You want to accept the opportunity, to see where it is, while still having a completely unassigned hero so that time doesn’t start passing and you can see if the opportunity will be worthwhile. If not, just reassign all the people who were involved.

DO NOT SPEND MORE THAN 20 DAYS TRAVELLING TO AN OPPORTUNITY. They are not worth spending 100 days travelling back and forth to, often costing you 5-7 calamities for a single skill. They will be there in future chapters, and hopefully your path will take you by them, but a few will never be explored. That’s fine.

Only 5 heroes are allowed to touch combat. Maybe one sub-in if you have some bad maiming going on. Every time you go into a fight, your enemies get stronger and the heroes in that fight get experience and relationship points. If you split your gains and items between two different 5 man groups, the enemy’s getting strong twice as often as any of your heroes.

I’m not sure of the best amount of heroes to hire or when. One nice strategy is to complete chapter 1 with only your starting 3 heroes, if you can. You should be able to cancel all the incoming calamities. You can extend this into an entire campaign where you don’t spend a single LP on heroes, if you want, but it’s probably easiest to hire at least one hero in chapter 2.

I haven’t experimented with heavy hiring strategies, as I don’t have a particularly overpowered legacy roster. (You can take heroes who finish your campaigns and save them in your legacy.) I’d imagine if you bring in 5 experienced legacy heroes you can win against any number of calamities, but haven’t done it personally.

Generally sensible strategy is to hire to hire a 1 or 2 star (4 or 5 LP) legacy hero in chapter 1, and another legacy in chapter 2. If one of your starting 3 is particularly bad, maybe aim to replace them at some point as well, but you should generally be able to find at least two decent builds out of the three of them.