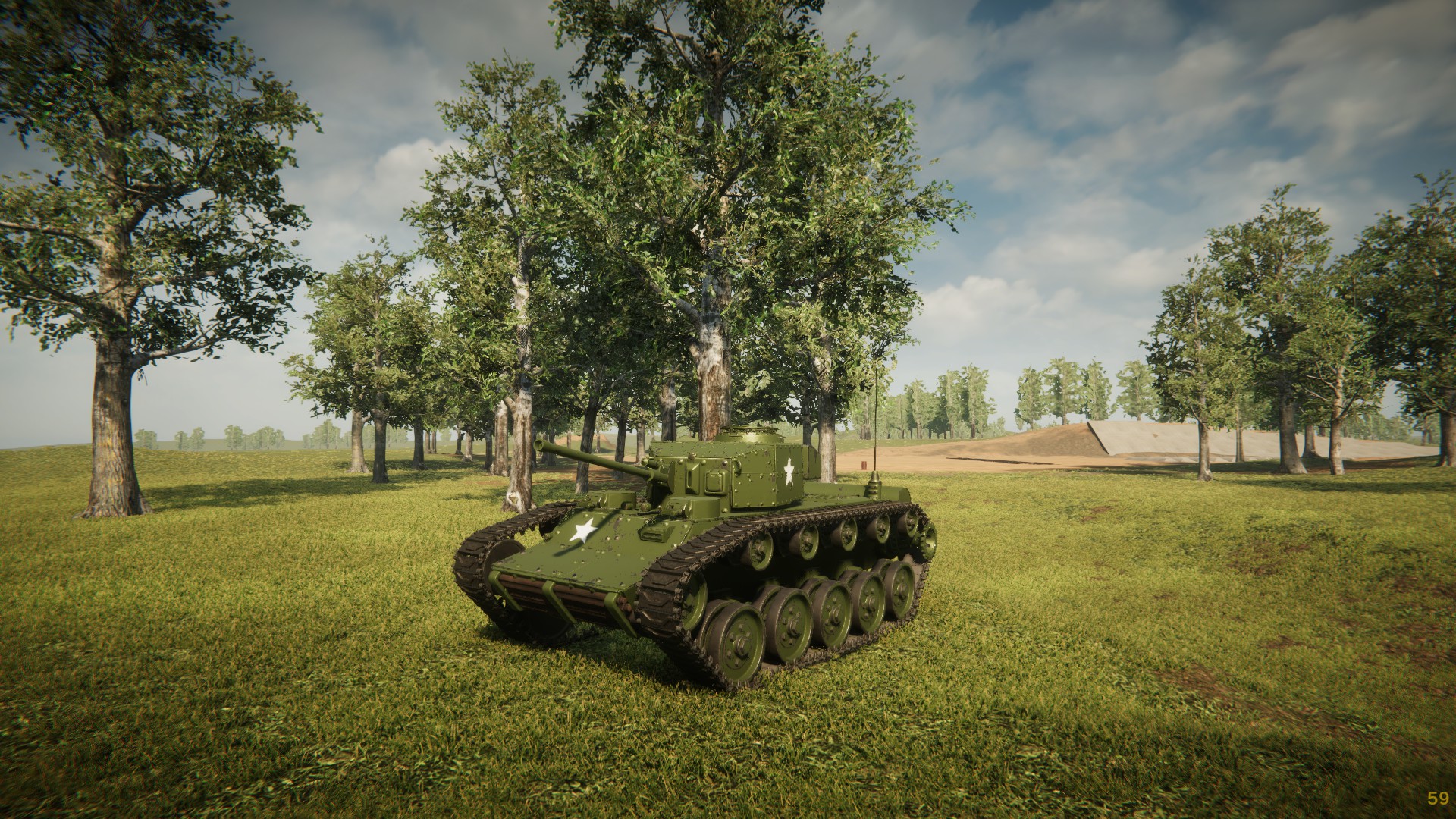 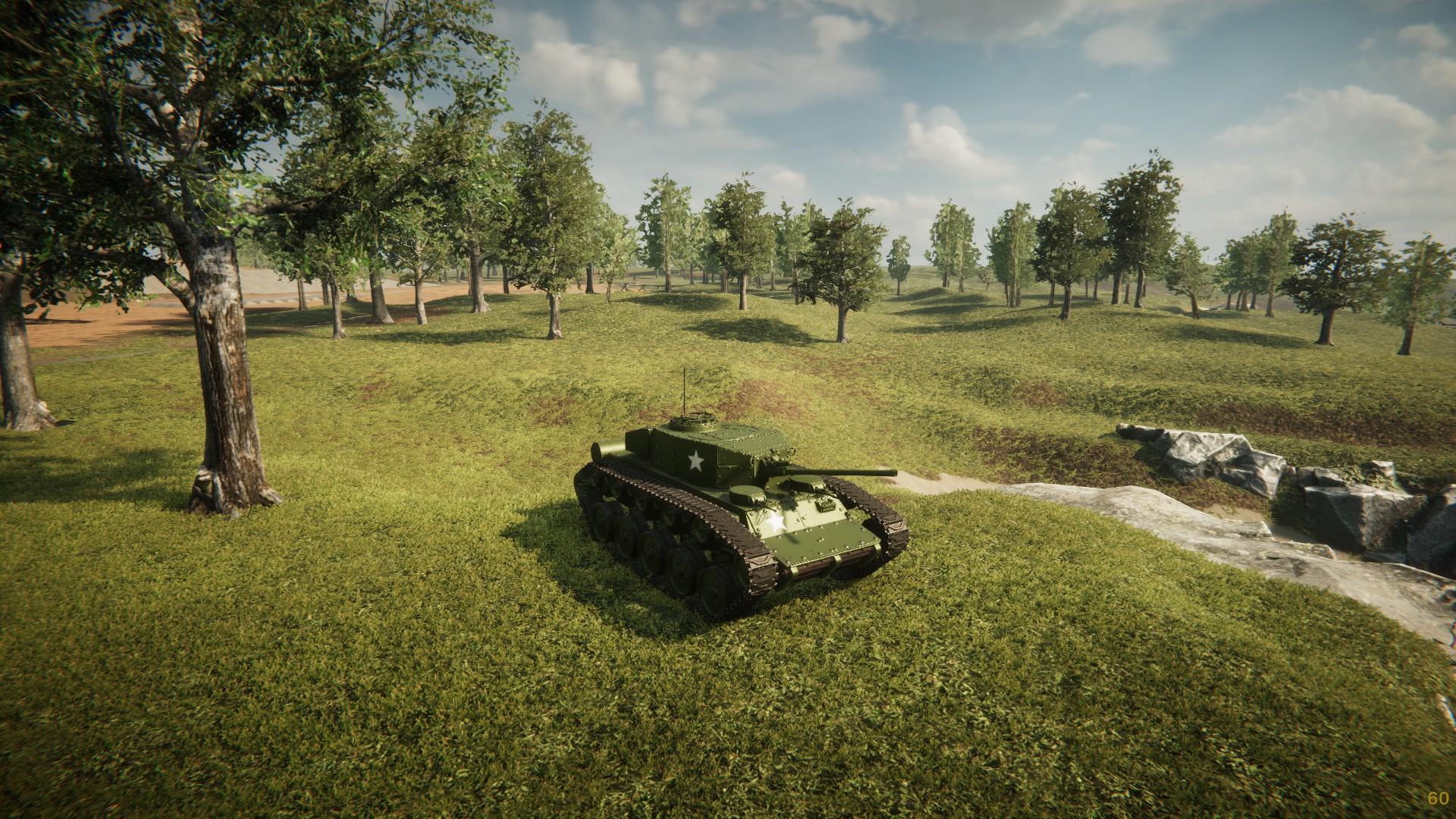 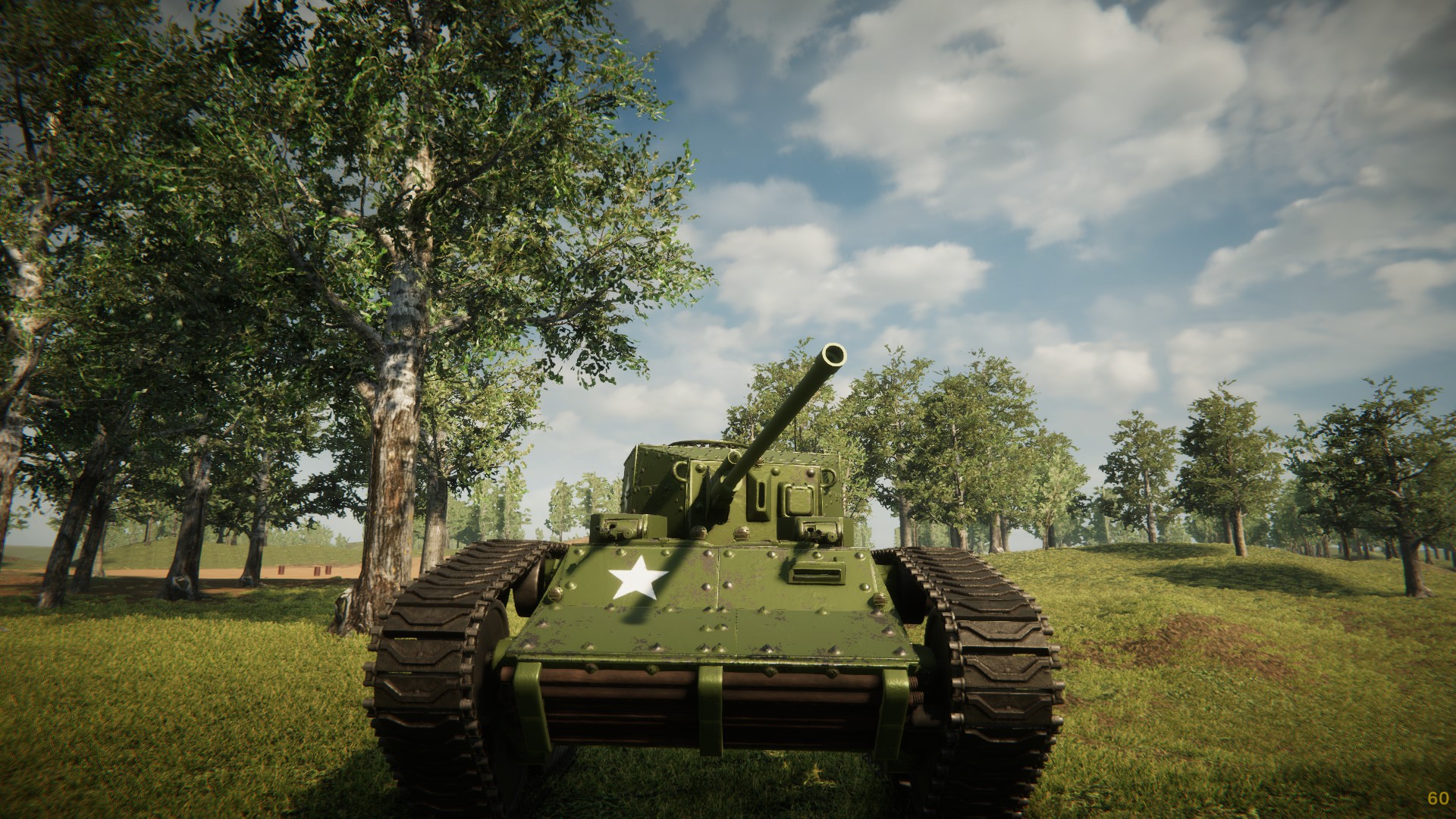 Samuel G. Pinter is just a name made up to justify the name of these vehicles in a way, created in 1933 these tanks were meant to be breakthrough vehicles capable of keeping up with infantry deployments in the early 20th century. With an advanced and high capacity engine and relatively low weight for what was to be an assault tank, these vehicles were capable of higher than usual speeds and able to engage targets in rapid succession thanks to the high mobility of the large caterpillar like tracks, and HVSS suspension, though they often would have foreign objects jammed the sprocket wheel or throw the track, a common flaw in the M9's design that would only be fixed in much later versions. Though never signed on with any military these vehicles still remained available with some light exports to smaller countries up till late 1939, the official outbreak of WWII in Europe which began a refitting project of the vehicle to bring it up to more modern standards. 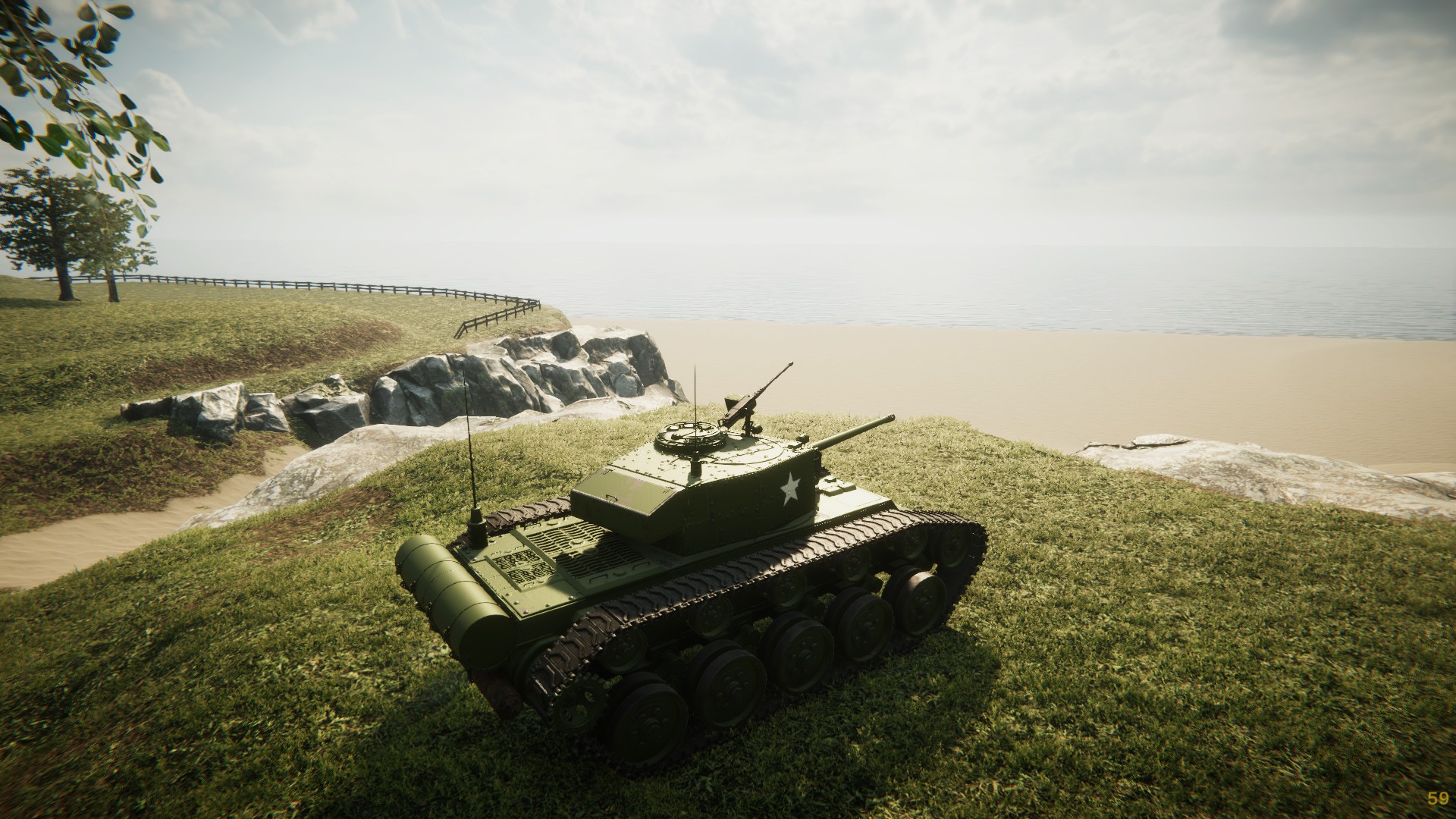 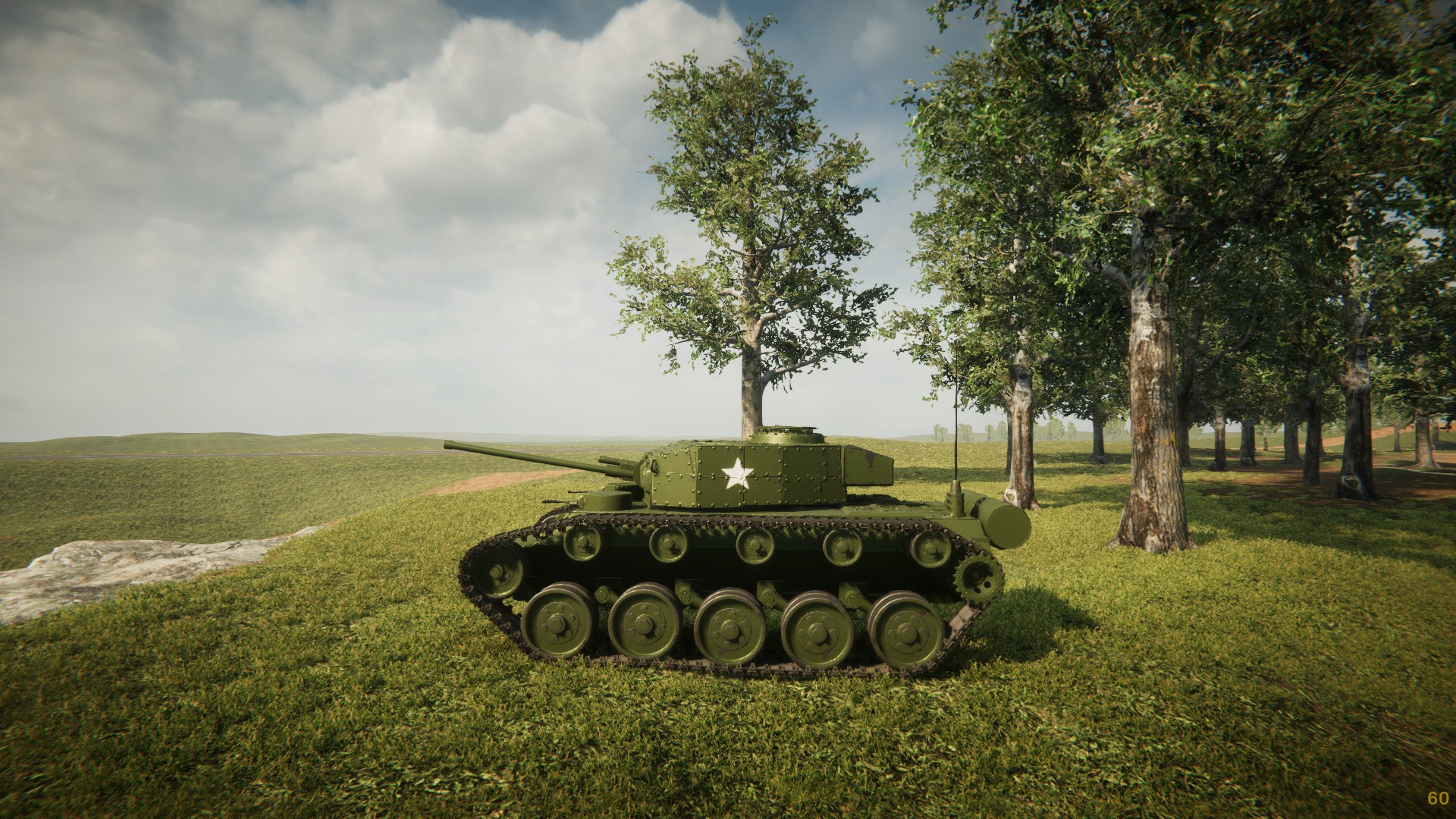 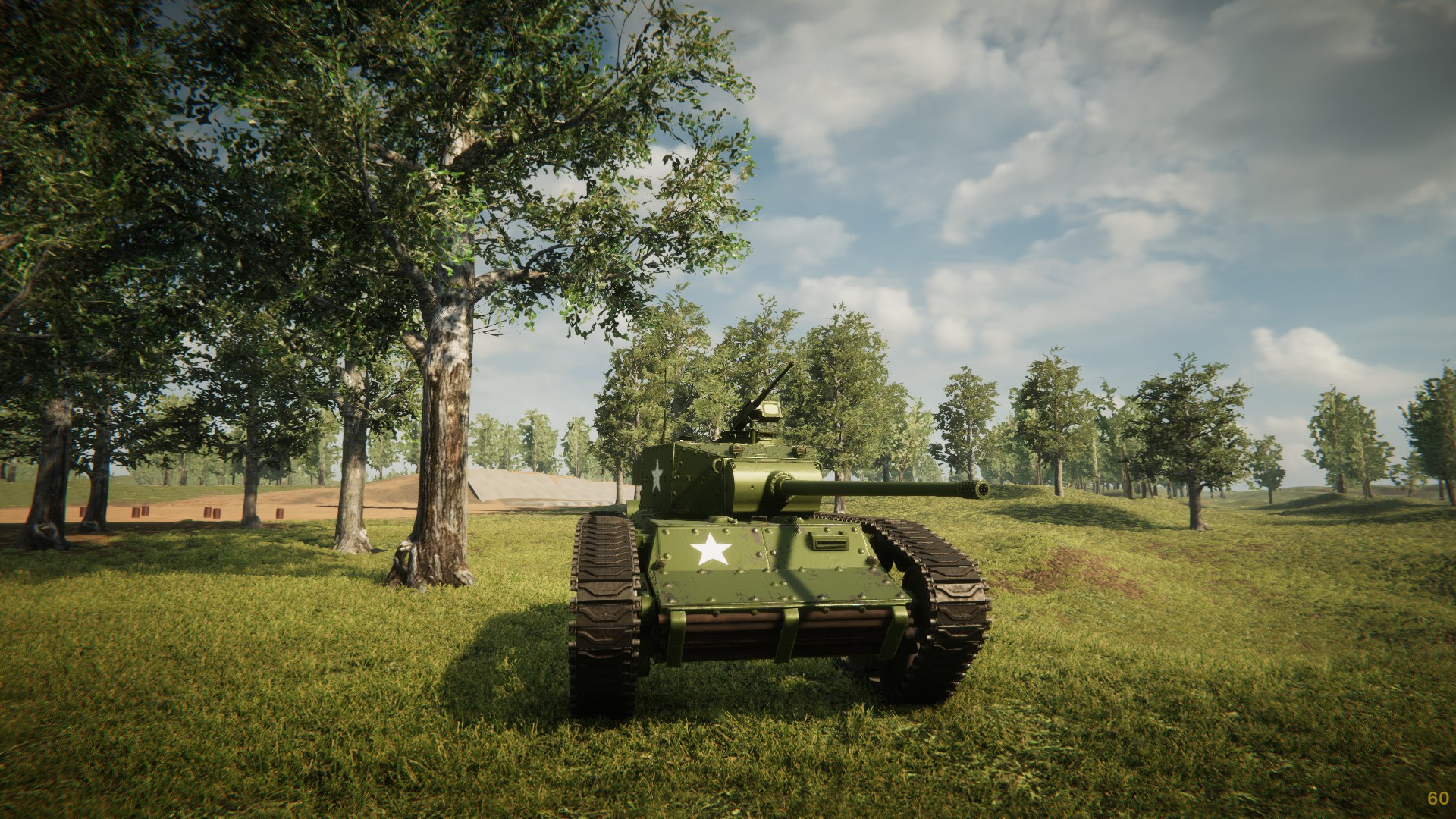 By 1940 multiple different design courses were considered for the M9 and mockups were made, though mechanical failure and crew discomfort would plague the vehicle and force it to undergo further work. By early 1941 a functional vehicle had finally been reached in what was shortened to simply the "Pinter" heavy tank 1941 design, and not a moment to soon as 1941 would be the year America would see one of it's worst military disasters to date and officially enter into the war. America in need of tanks would happily buy the small stock on hand of 1941 models, moving Pinter's company into full production to finish refitting older vehicles and then to begin official production under contract of the United States Government. Just shy of 50 of these vehicles would be available by late 1941 and early 1942, and would be sent back to the factory after multiple faults in the design were uncovered during combat trials, however only some of these designs would be rectified as the tracks would remain the same. 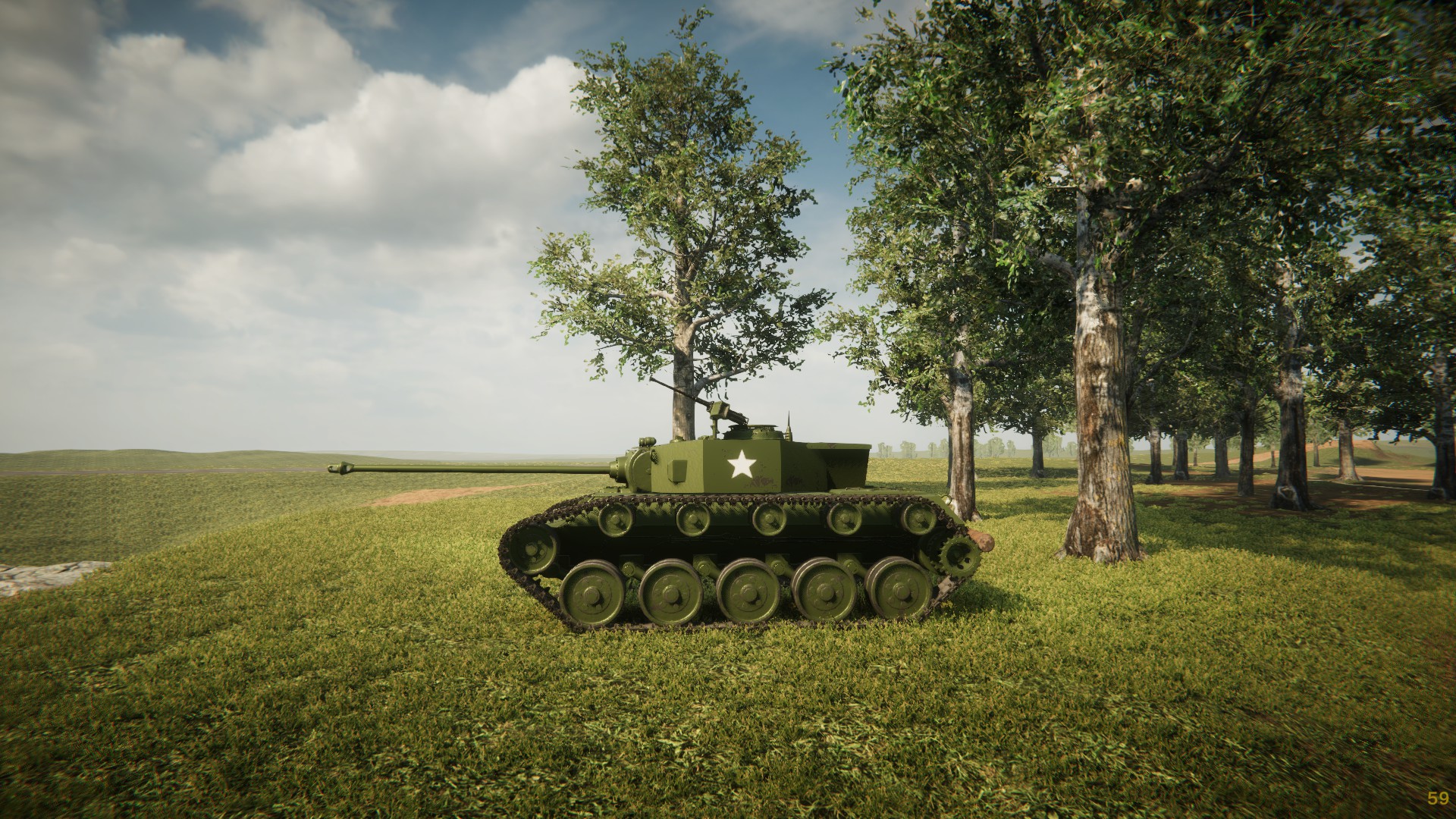 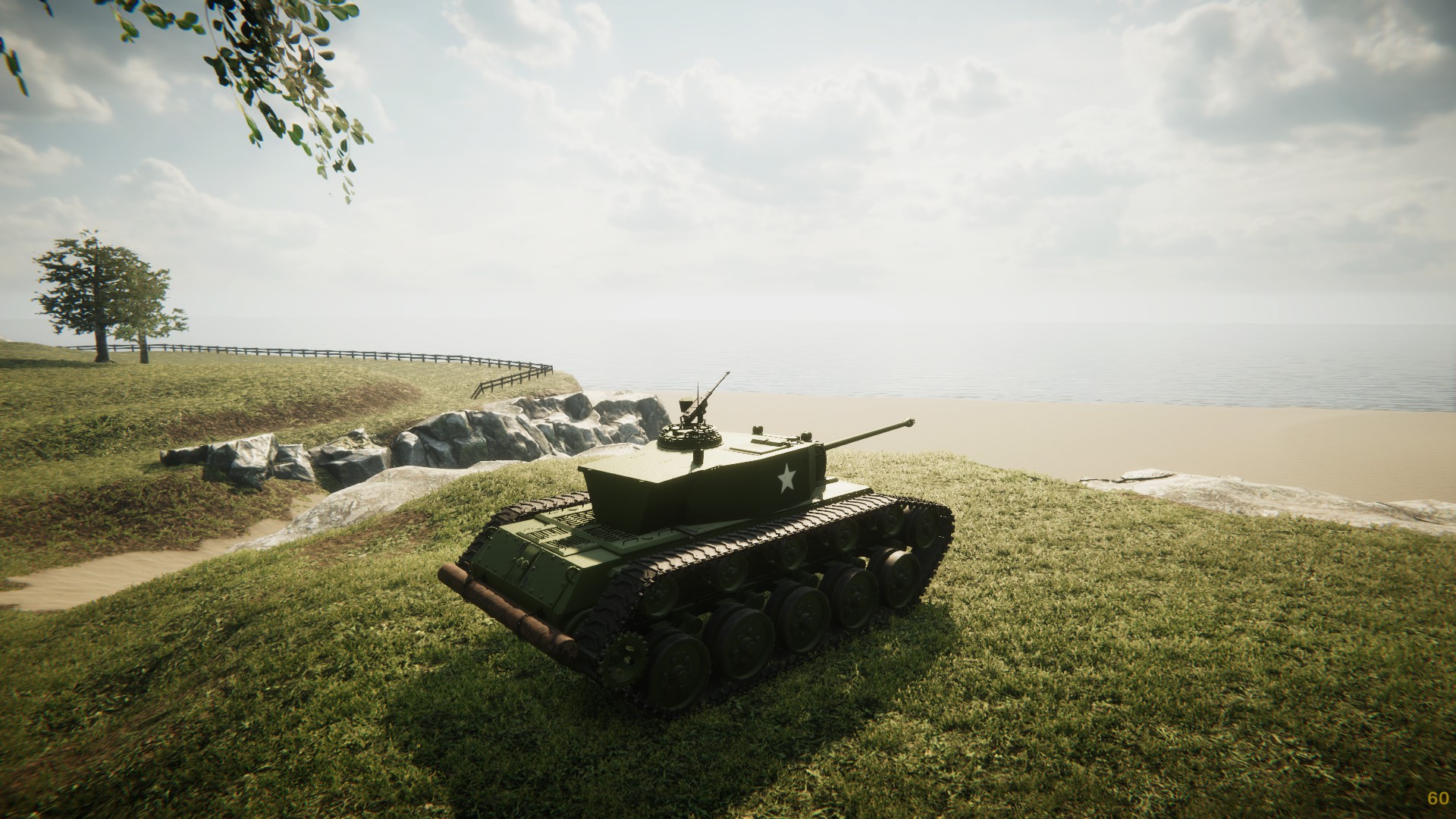 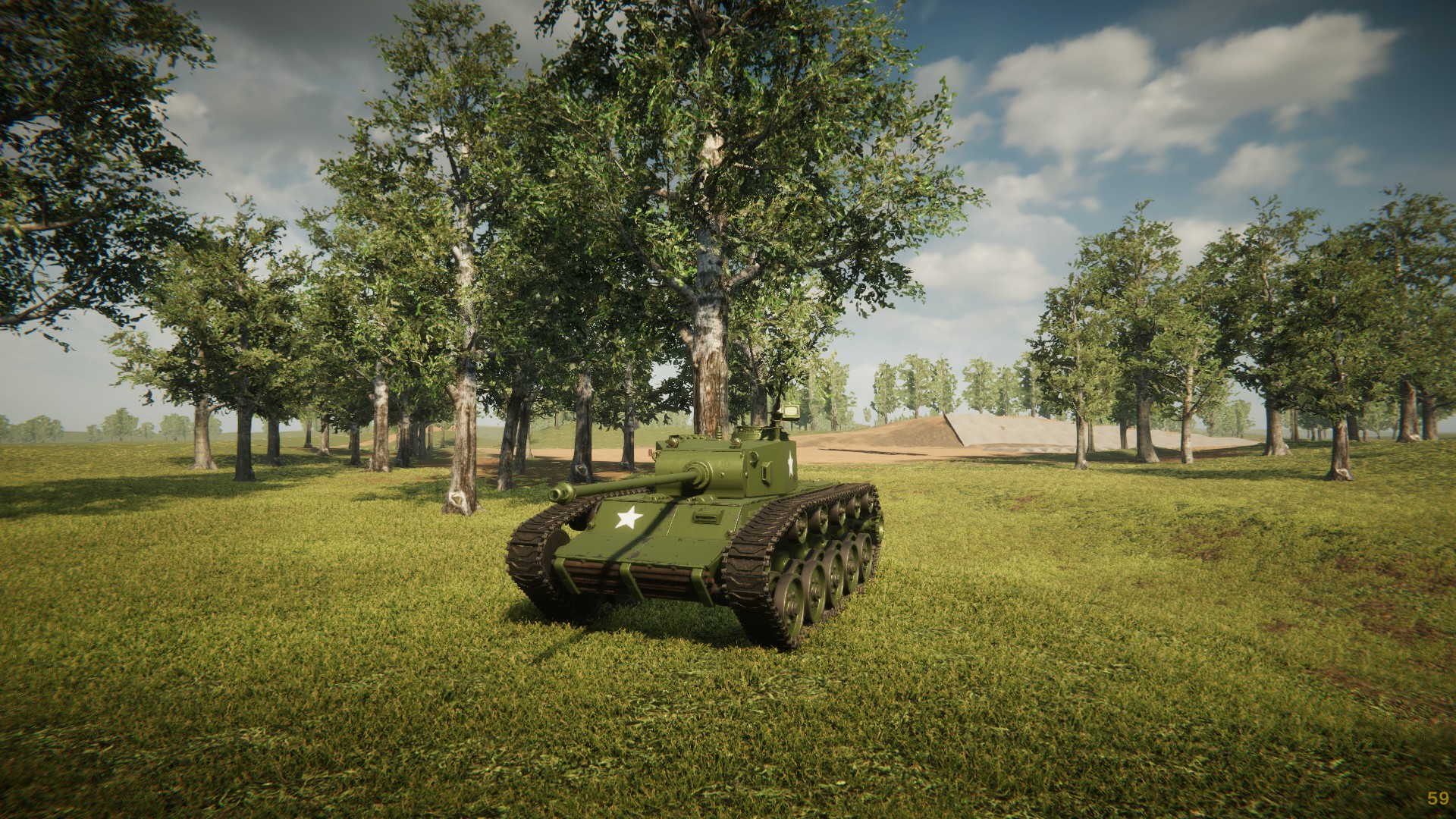 By 1942 Germany had already taken large chunks of Europe, and Japan was waging a massive strike in the Pacific to grab as much territory as they could as quickly as possible. With the African theater running into heavy anti-tank troubles the military was in desperate need of a more heavily armored vehicle. Thus upon fixing the previous reliability issues of the previous design multiple upgrades were included on the vehicle, including up-gunning it to a 75mm long barrel that could fend of German armor at exceedingly long range. The armor upgrades around the vehicle were designed to withstand 50mm weapons and up to 75mm cannons of the time such as the Pak 40 crewed anti-tank gun that was a major threat to most American vehicles up to this point such as the M3 Lee/Grant and M4 Sherman's. The M9A2 was sent back to the fronts in numbers up to 120 units as a reinforcing vehicle to the M3 and M4, and proved to have much higher reliability in the desert terrain than before, though again, the track design was a major issue and lead to the leading cause of vehicle loss and damage in use. It was a useful vehicle to have and through 1942 and 1943 over 310 more units were delivered to the front lines until mid 1943 with the arrival of the Panzer Kampfvagn VI Tiger I. 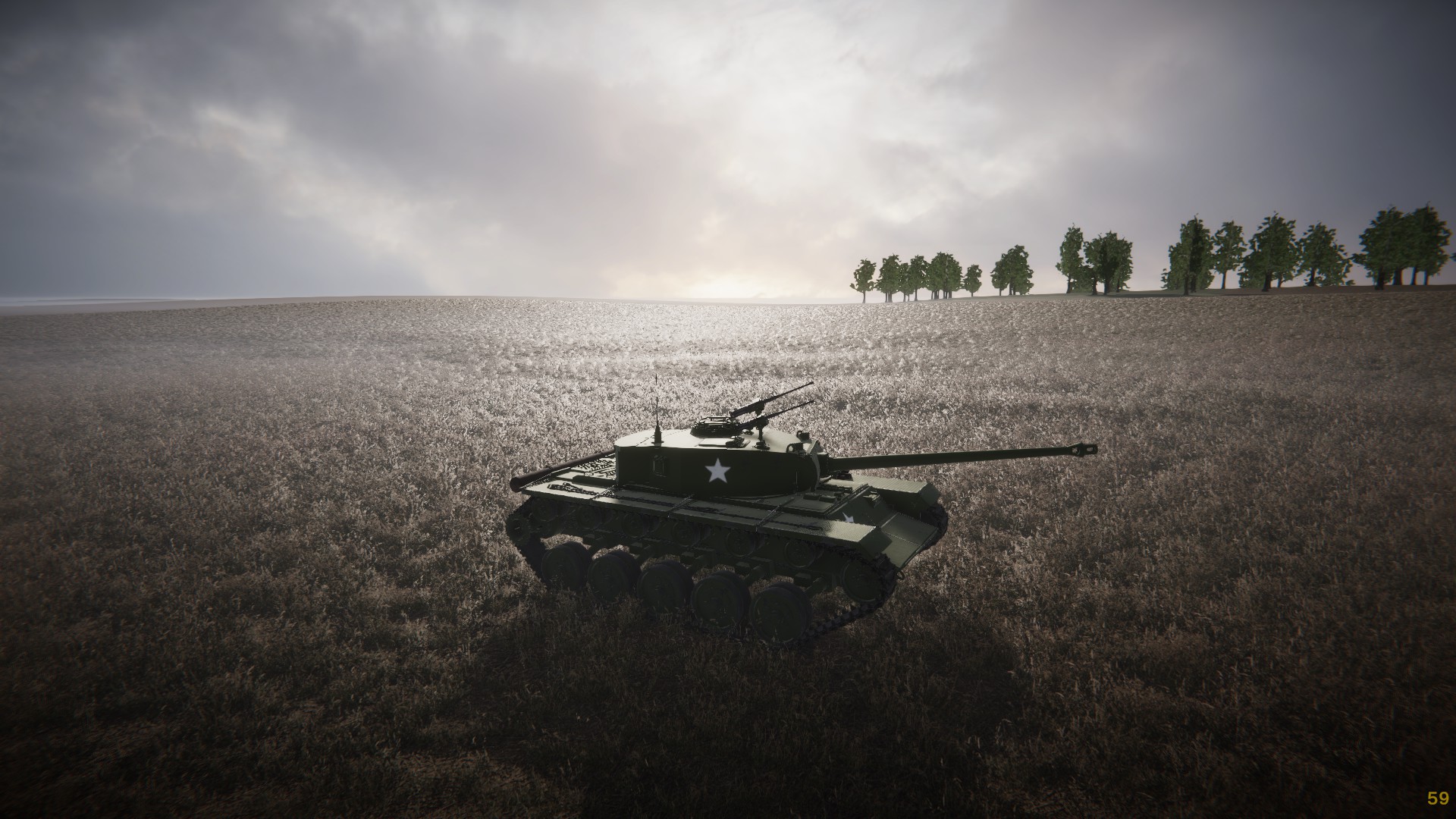 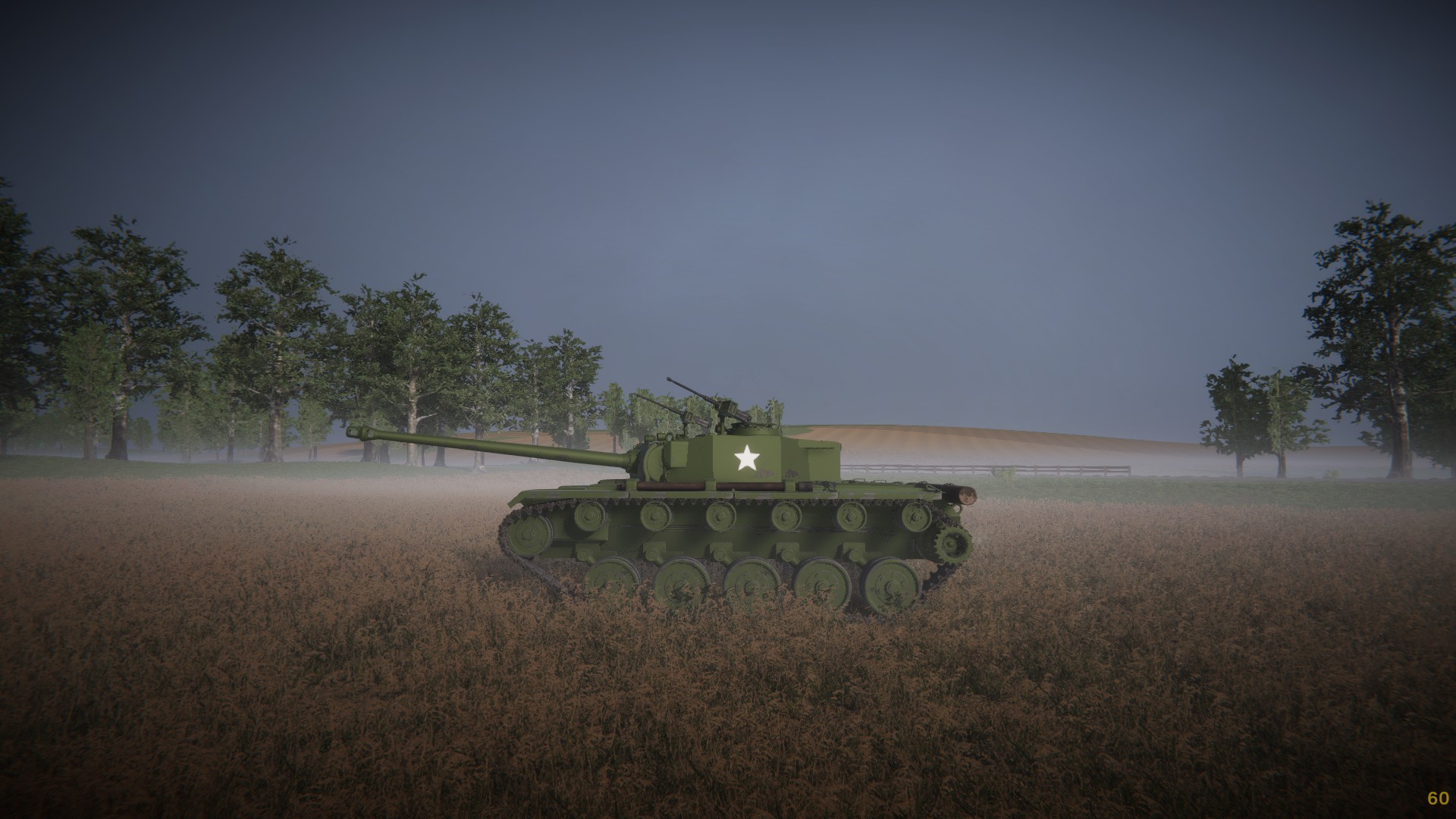 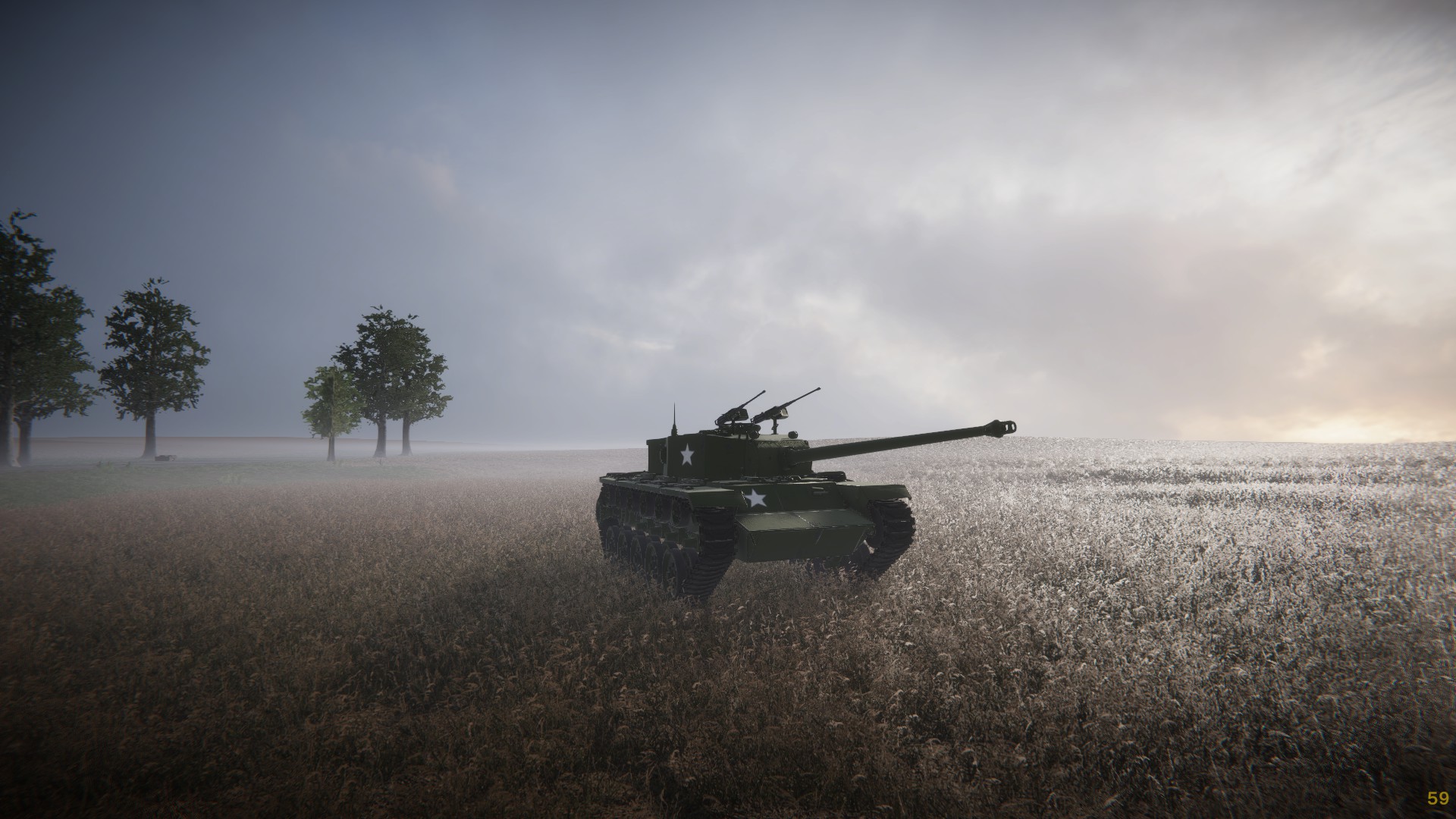 By 1943 the Pinter was becoming outclassed by other armored vehicles of the German armored military and higher caliber anti-tank weapons making their way to the field more commonly, such as the Flak 8.8cm commonly found on transit vehicles and the Panzer VI Tiger I. While the Pinter could penetrate the front of a tiger, it was not accurate at long range despite it's design purpose, and it's anti-infantry capabilities were left to be desired with a fairly small HE warhead. However by late 1943 the military was still contracting new tanks and had increased it's requested numbers from 70 to 100 a month to nearly 800 vehicles within the next few months, and the M9A2 was reaching it's turn for an upgrade. By early 1944 work was started and quickly run through on yet another re-design of the vehicle for use in the European theater, and taking into account their lessons in Italy the vehicle had to have an increase to it's HE potential, thus leading to yet another up-gunning with a 105mm long barrel this time. In order to fit the new weapon the turret had to be redesigned to take into account crew, loading racks, recoil and so forth. When the vehicle was complete it had reached the status of a full fledged heavy tank due to weight, armor, and firepower. By mid 1944 roughly 160 units were built and ready for deployment, having an increase to armor once again and having a much more capable weapon would provide the M9A3 with adequate firepower to deal with most German armor frontally while providing it high durability against return fire. Most M9's however did not receive this upgrade initially lead to only a small number of M9A3's being used, while the outdated A2 remained in service primary service and would see further production alongside A3 variants. 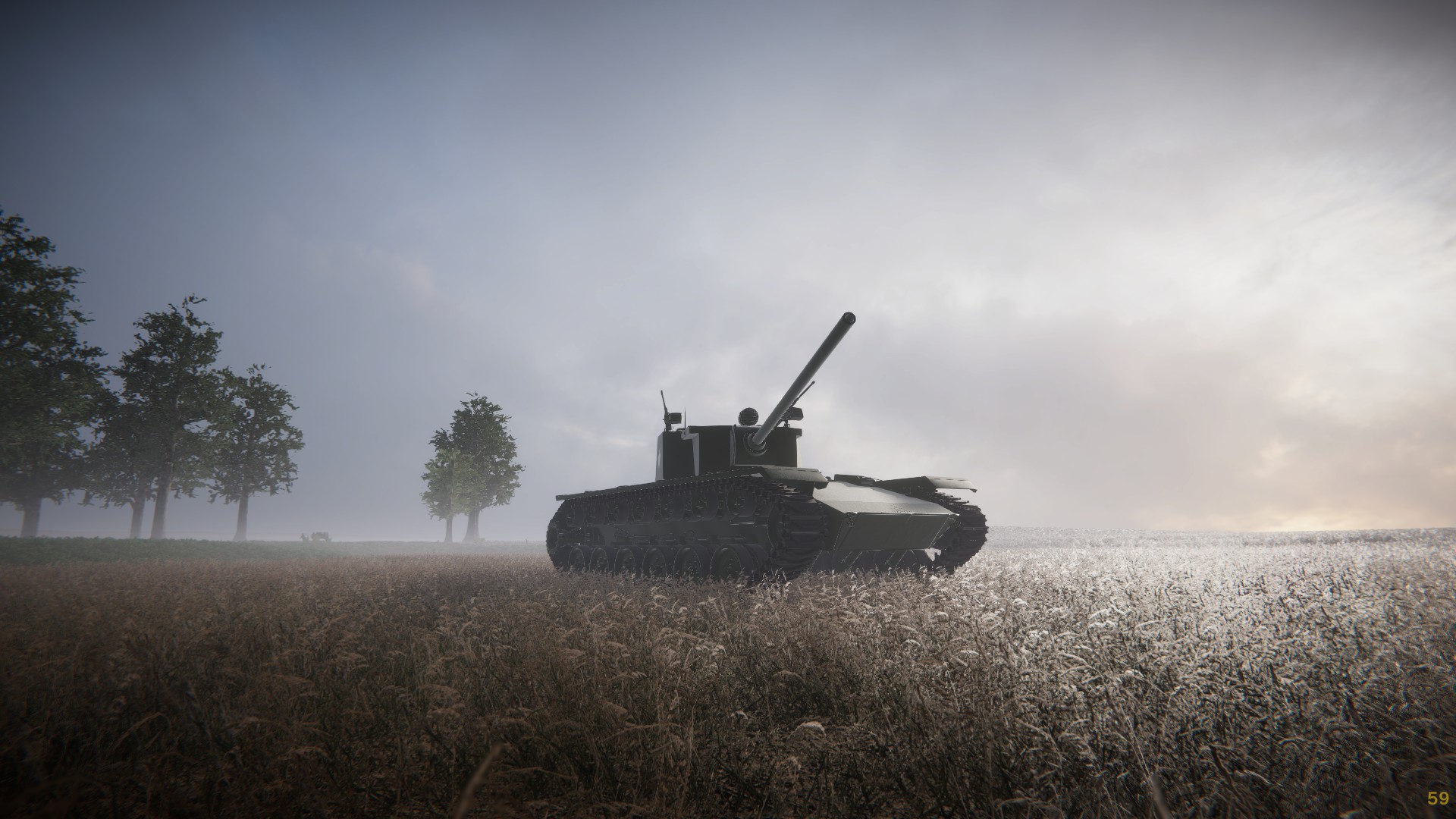 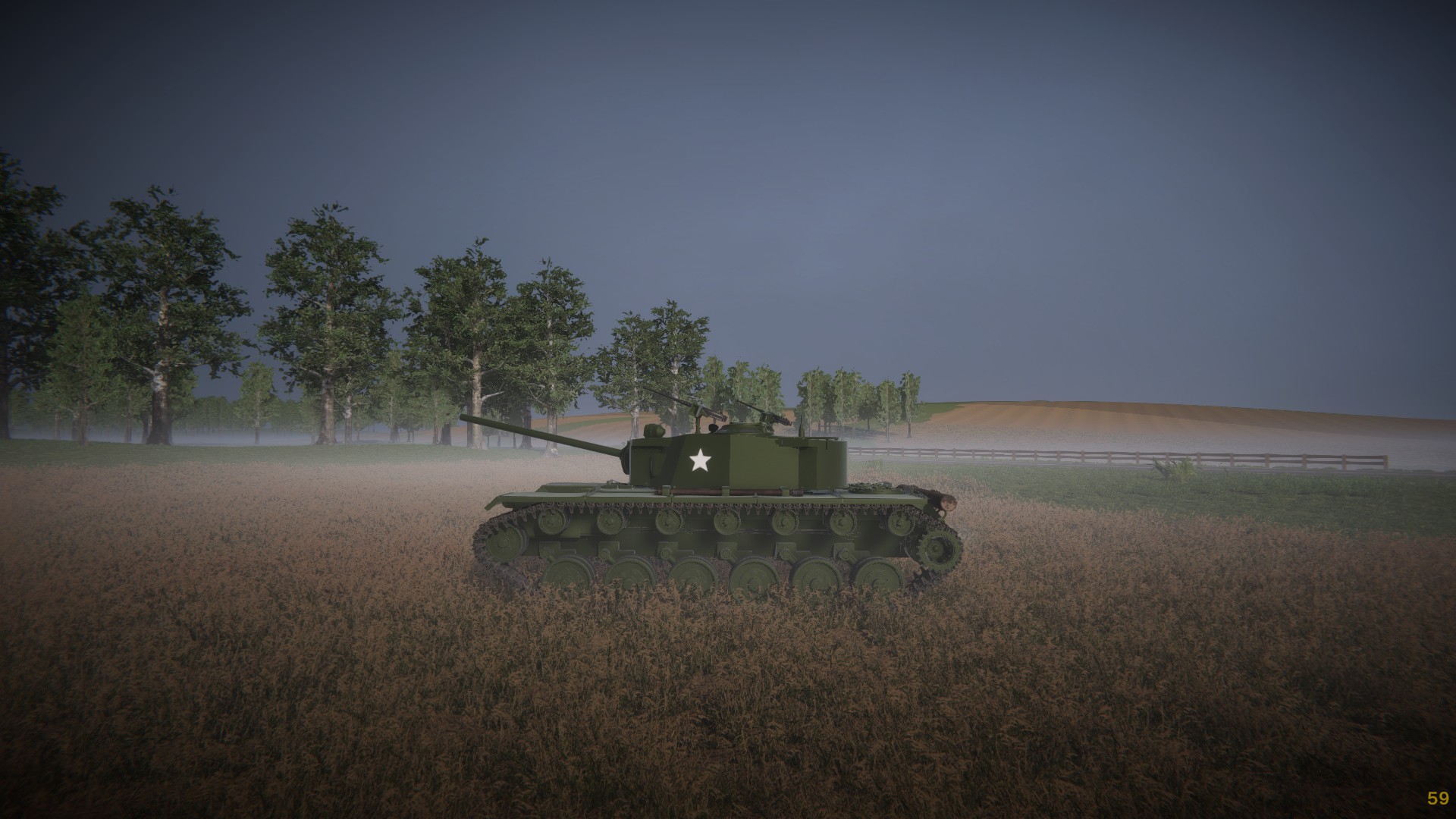 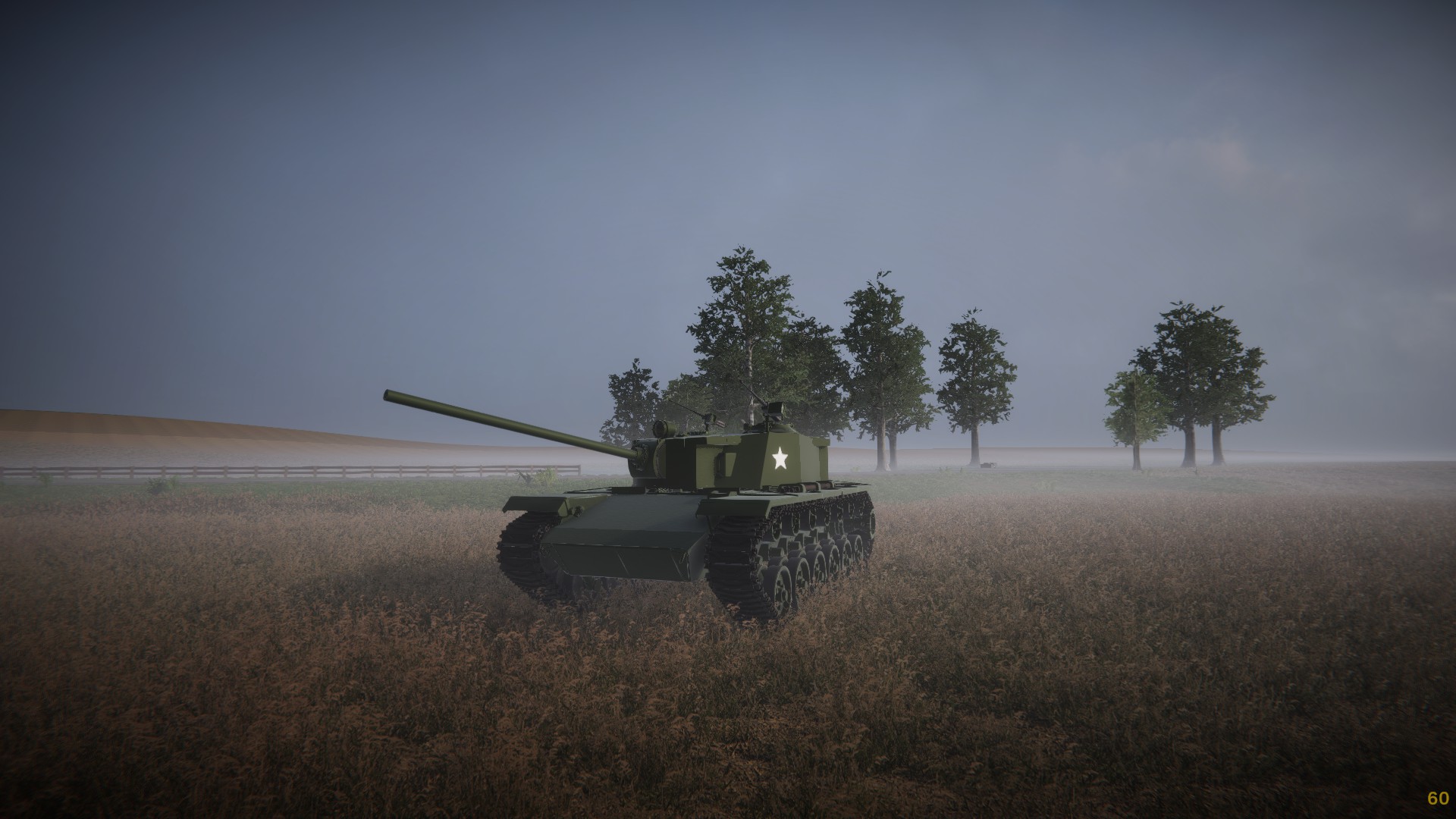 By late 1944 both larger anti-tank weapons and vehicles were being reported across the front line. Defeating any allied armor from any range the Pak 43 8.8cm L/71 was a deadly weapon and saw use on multiple different vehicles such as the Jagdpanther, earlier Tiger II's, and the Ferdinand/Elephant, along with being deployed with anti-tank battalions. Along side others, the Pinter tank would receive upgrades that would allow it to, in theory go toe to toe with these larger than average cats. Designs would start in late 1944, shortly after the landings in Normandy, France, and would follow into early 1945 with the M9A4. Having a total work over, the M9A4 was a large change in design compared to previous ones, and ditched the step-up hull design in favor of a more boated, angled back hull. A large piece of spaced armor was also applied over the gun mantle and turret front to provide much larger protection and for the first time side skirts would make an appearance on the vehicle in an attempt to fix the largest problem of the tank, it's tracks and keep things from jamming them up as often. Although the tank would see very limited production and use as less than 20 total units would even make it out the factory, less to the front lines before the end of the war. It would over all prove to be an adequate vehicle in some respects but lacked sorely maintenance and crew comfort compared to other vehicles used at the time. All production would officially cease the very same day the war was declared officially over until a revitalization attempt some years later. 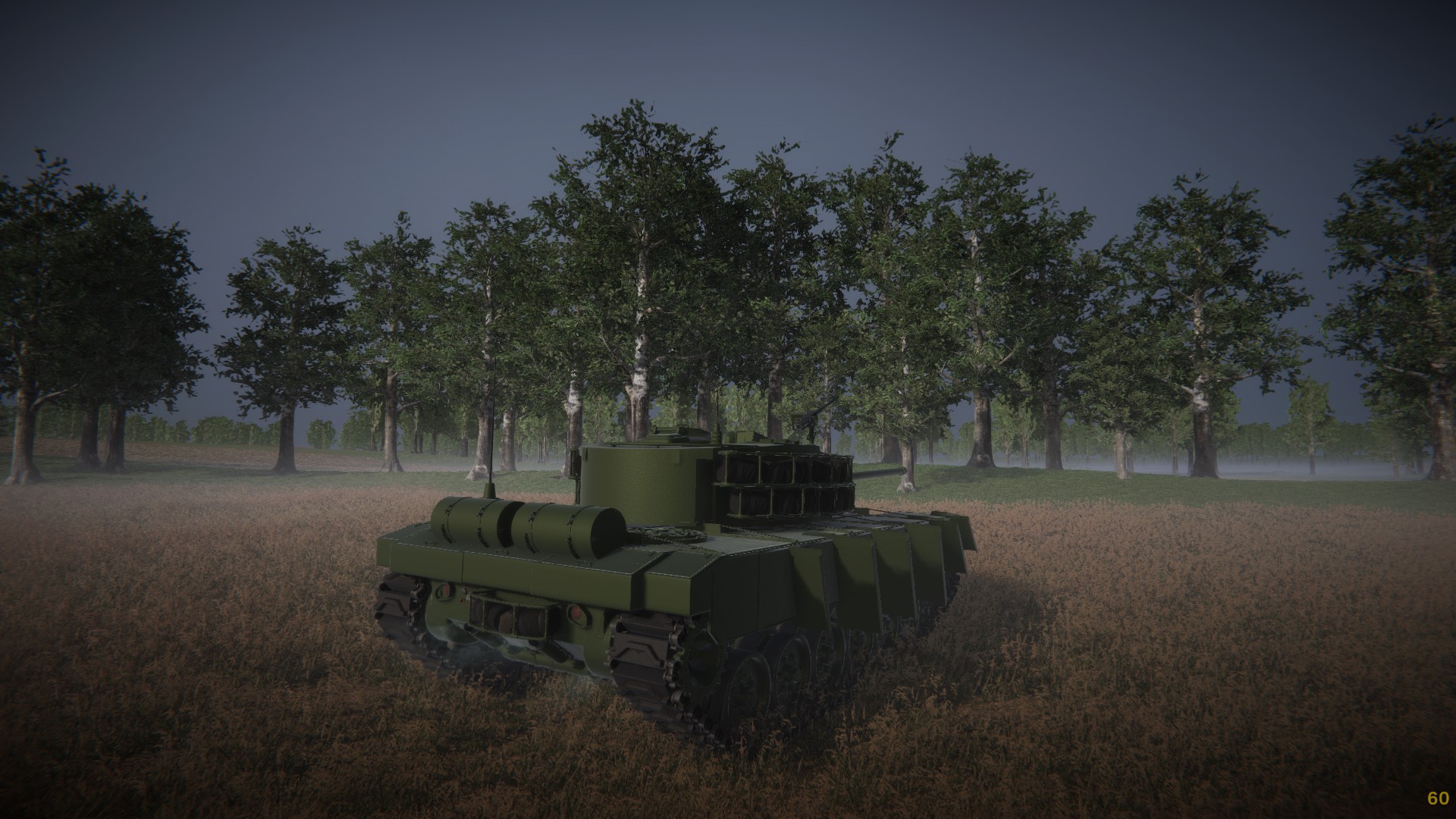 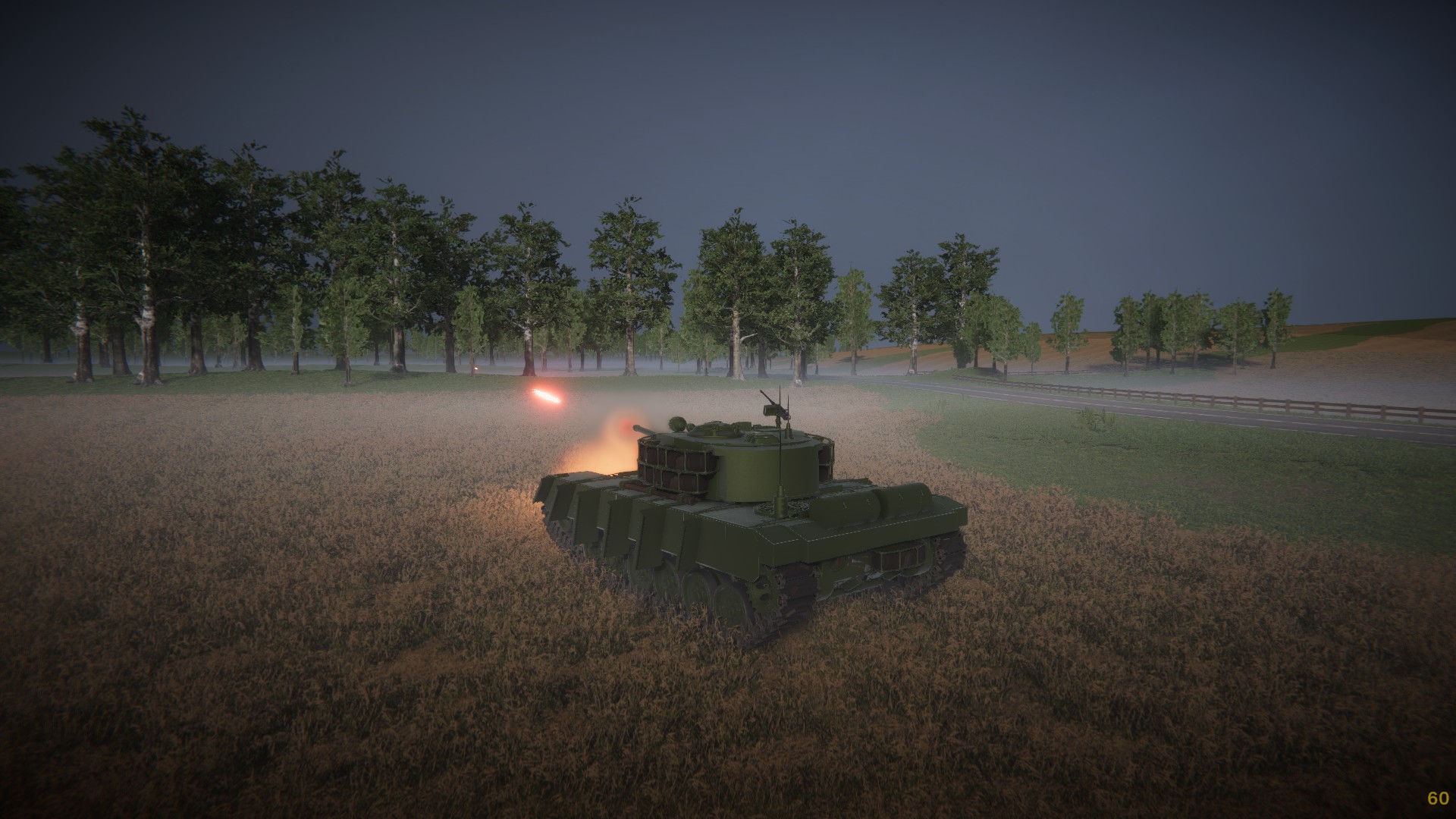 By the late 60's Pinter's company had fallen mostly to producing parts for others and resorted mostly to vehicle upkeep and the occasional restoration. Although just under a dozen of the M9A4 class of Pinter heavy tank were still left in stock, and by 1967 the company had planned to either sell them for scrap or use them somehow. Deciding to see if they could make anything out of them before turning them over for scrap, Pinter designed the final variant of the Pinter series of vehicles in mid 1968. Having somewhat thicker armor, reinforced side armor, replacing the engine with a newer 14 Cylinder , and up-gunning the vehicle with a 130mm Smoothbore anti-tank cannon. This was pushing the vehicle to it's absolute limits, and entered a small test production in late 1968. However with no military backing the company was forced to export, and produced a small number of vehicles to compensate for possible demand. Only 37 vehicles were produced by 1972 and production ended that same year, closing the company out due to bankruptcy, and only selling a select few of these vehicles to smaller countries at a cheaper price and valued. The E6 variant could be considered an AMBT, however it was hardly the same vehicle it was over 35 years prior, with major upgrades and complete overhauls to every part of the vehicle. No E6's saw action and were decommission or placed in reserve in the last country known to operate them, Chile, in 1988.

These were just some vehicles I made for each scenario mode (again excluding No Man's Land). Hope you enjoy and feel free to let me know about any issues with them.

I will not be updating these vehicles other than to fix them in-case a patch/update breaks their models or functionality, or to make an edit or addition to vehicle lore.

Defenders of Peace, a WWII/Cold War Era pack with Allied vehicles ranging from the simple M4 Sherman to the Larger than life M103:

The Cold War, my collection of post Soviet era MBT's along side some other vehicles both fact and fiction designed and/or produced around the same time period:

Tank's In a Jar, personal collection of vehicles either fiction or not that have nowhere else to truly go:

Kitty, yea idk how to make a Leopard 2 but I'm not for deleting this pack just yet, so have at fixing it I if you'd like: