Home Ready or Not Know your Ennemy

As a SWAT officer fighting against crime, and as written above with this magnificient quote of Sun Tzu, you will need to know your ennemy in order to defeat him. Fighting them can be tough and stressful, but you will know them, how they live, how they train, how they think and you will be an extremely efficient SWAT officer. Get ready to learn a lot of things officer !

II - Motivations Of The Ennemy 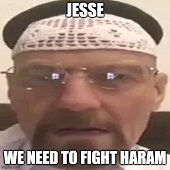 There is an impressive amount of ennemies, and all of them are differents. They can be a terrorist, a criminal, a smooth criminal (Hee Hee), a Rush B Boi and even a Sussy Baka. They may seem differents, but they have the same objective : MAKE A GOOD OLD MESS AND FIGHTING H A R A M

But why do they need to do that ? Because a lot of them had child issues and were traumatised because they played Superman 64 on PS1 in 1992. Because remember, VIDEO GAMES ARE THE ONLY SOURCE OF VIOLENCE. They are rushing you with a knife because of the frustration of being unable to buy a Karambit Lore. They are shooting you with an AK-47 or a similar weapon because they know it can kill with a single headshot in Animal Crossing. But don't worry, a well placed bullet can solve all of their problems.

But sometimes it's not just about doing some mess, it's about sending a MESSAGE. If some cheeky criminal is taking a bunch hostages with his team in a nightclub, it's because the music is too loud, and if the music is too loud, severe ears damage can be done. They are the one who save you from some h a r a m hookers !

III - Training Of The Ennemy

The ennemy is fast, tanky, accurate and d a n g e r o u s, but how can it be possible ?

The ennemy can train with a lot of different things. For example, video games are a huge source of training, because when you know how to left click, you know how to fire a AK-47.

But how can they be so tanky ? That is because they are training their skin and bones to be harder by hitting bricks all the time, and it works ! They can also improve their C H A K R A to create an extremely resilient force field that can protect them from at least 69 5.56 bullets. They are also very muscular, so they just have to flex theirs muscles to make the bullets ricochet.

They can train their aim in some training fields in some shooting range and that way they can shoot really fast, with a great accuracy, the second they see you, they will shoot, and you'll have to be quick, or dead, as you want. And because of their strenght, they can carry at least 300 magazines for AK-47, and that's a lot of bullets you can take in your chest!

And remember, they have all the time to train because they left school sooner than Greta Thunberg !

IV - Tactics Of The Ennemy 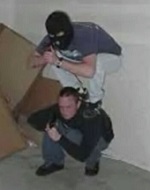 The ennemy can have differents tactics, and it can make them very dangerous, or just dumb.

Of course, camping is a great tactic. They just have to stay in a room, don't move and wait for a S.W.A.T officer to come and get killed. But when they are camping, they are also walking in order to prevent you from going into this room, because what is more terrifying than hearing an ennemy you can't precisely locate (use your mirror gun h u h).

They can camp, but they can also move to another room in order to surprise you and kill you with some good ol' c h o n k y b u l l e t s. You will need to be constantly aware because you don't know when they will c o m e.

But there is the last tactic, the "Last Hope Tactic". When a S.W.A.T officer is facing an injured or overwhelmed ennemy, the ennemy has three options, but one of them can hugely short their lifespan :

- Surrender : As a frenchy baguette I have to say that this method can be useful sometimes after too many victories 🥖🥐.

- Fake death : Be aware that a dead ennemy is sometimes not as dead as you think, and can stick his AK-47 in your a n u s before you even realised that he survived with 7 bullets in the head.

If you want to survive , you will need to know the ennemy's tactics ! Or you're d e a d.

Hostages are a ressources so the ennemy can use it to protect himself because remember : don't kill the hostages . And corpses are frightening and stinks like hell.

The ennemy will try to intimidate hostages by walking toward them, because BOOH it's scary isn't it ? They can also force them to wear Explosive Belt because it can make a huge K A B O O M ! If you are entering a room with a hostage, but behind him there is a terrorist aiming at you, S H O O T THE TERRORIST AND DON'T SHOOT THE HOSTAGE !!!!

Corpses can be a little scary and they smell like a dead rat. They can be piled up because the ennemy is sometimes weird and probably want to start a bonfire with those dead bodies, but it is indeed in order to terrify yourself. Don't be afraid, they are corpses, they shouldn't have to move or something so don't worry. You have the right to be disturbed by that, but not to take a bullet because you were contemplating the dead body Abdul-Mahmud-Abil-Babik-Sahrud-Mohammud-Tunak-Bogdan who was just a good citizen who sadly took a bullet. You will need to F O C U S.

You have acquired a better knowledge of your ennemy. Congratulations, now you can counter his tactics and you will probably die or defeat the ennemy, that's up to you officer !

If you find something interesting about the ennemy that wasn't said here, please notice me !