Main Point Of The Build

The main point of the build is to allow you to be up close to the enemy an controlling/wiping out most of the hoards that spawn very easy for your team as well as giving them some nice armour boost an heals on impale kills.

It Allows you to take a lot of damage an dish high amounts of burst damage also. 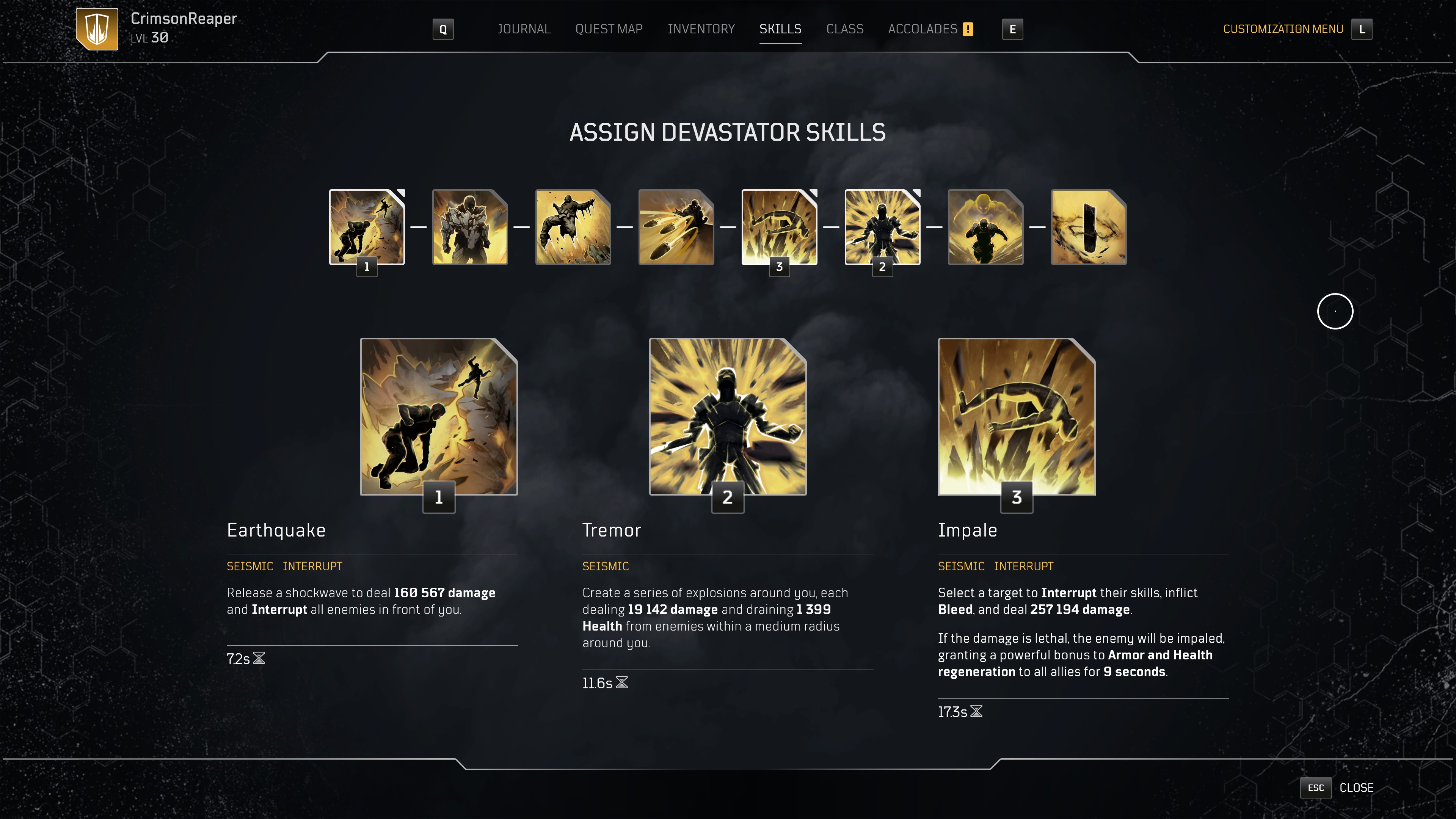 The main skills are

You can switch out Tremor for Reflect Bullets or Golem

-Tremor just is best overall at all times an add a small of extra damage an small stuns as well as heals you also dont need to waste mods on it to make it better.

If you do switch to using reflect bullets, you should use Auto reflect mod, and if you want you also can put Bullet Acceleration on which adds more damage to reflect this will allow every shot your hit with to be reflect back with more force.

Enemies that can one shot them self with out the needed of added damage mod are flying birds when they hit you or the elites that do a charge up shot. 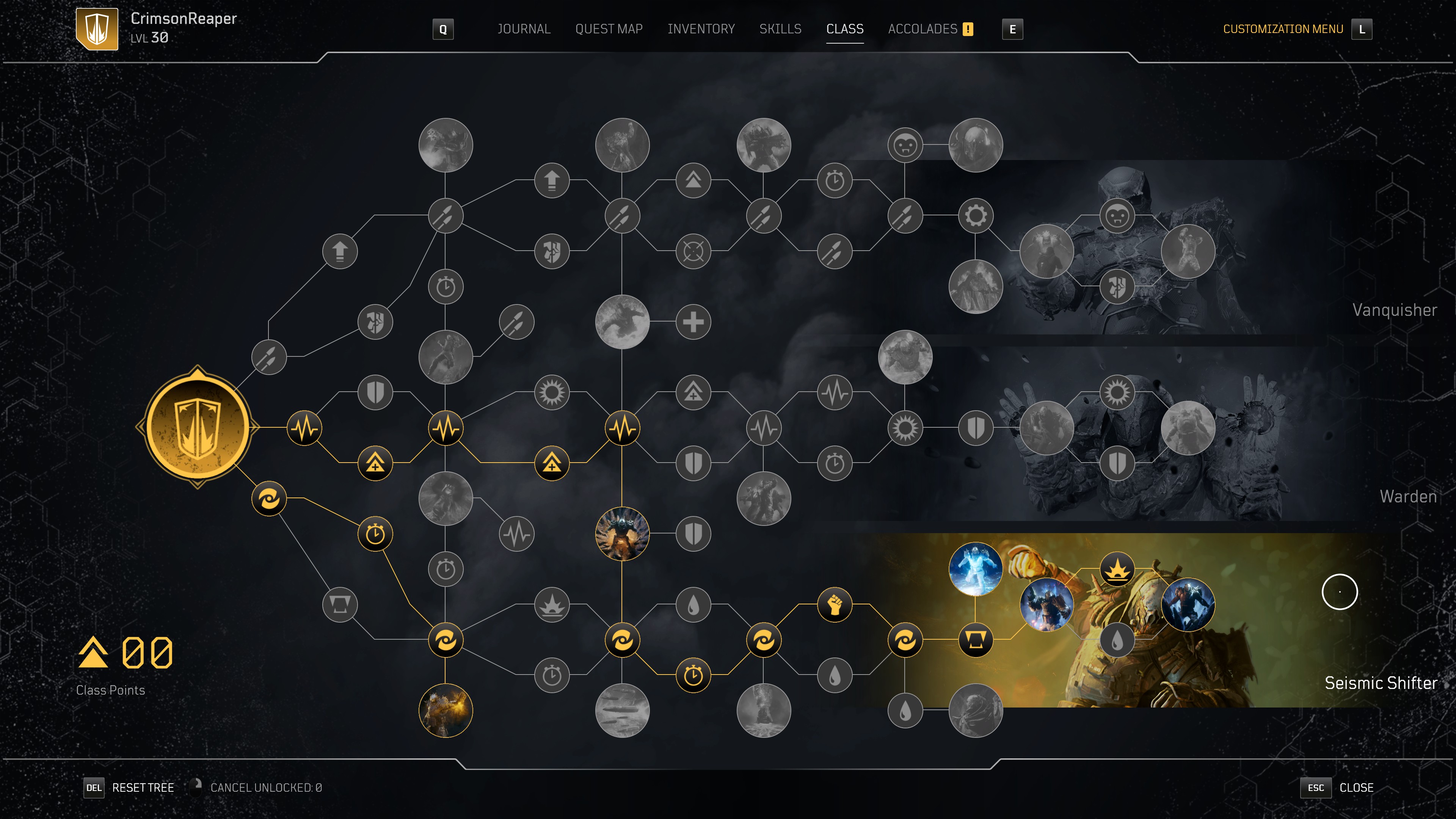 This skill tree gives you a well over all boost to power an max hp/regen as well as armour an some skill leech with allowing you to get some nice cdr for the core skills.

This will allow your armour to scale off Anomaly also

How To Get The Mods/stats You Want Easy

Take a rare with the mod an stats you want an raise it up to your max level then turn it into a epic from a rare.

if it didn't roll a good mod that you wanted for the 2nd just swap it out, this is how you can get both the mods you want ;p

This is cheaper an faster then trying to raise your current items level when starting out. 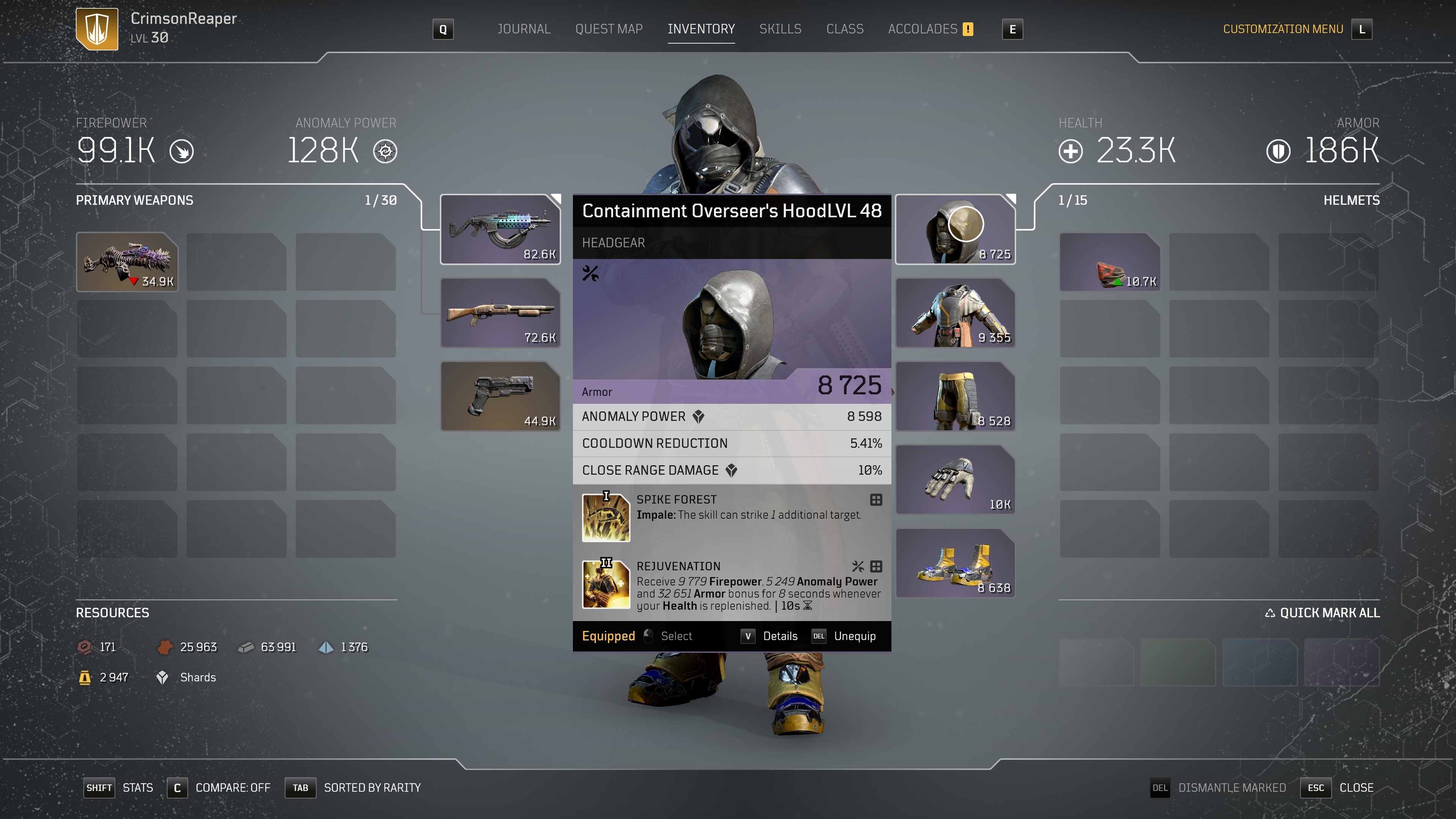 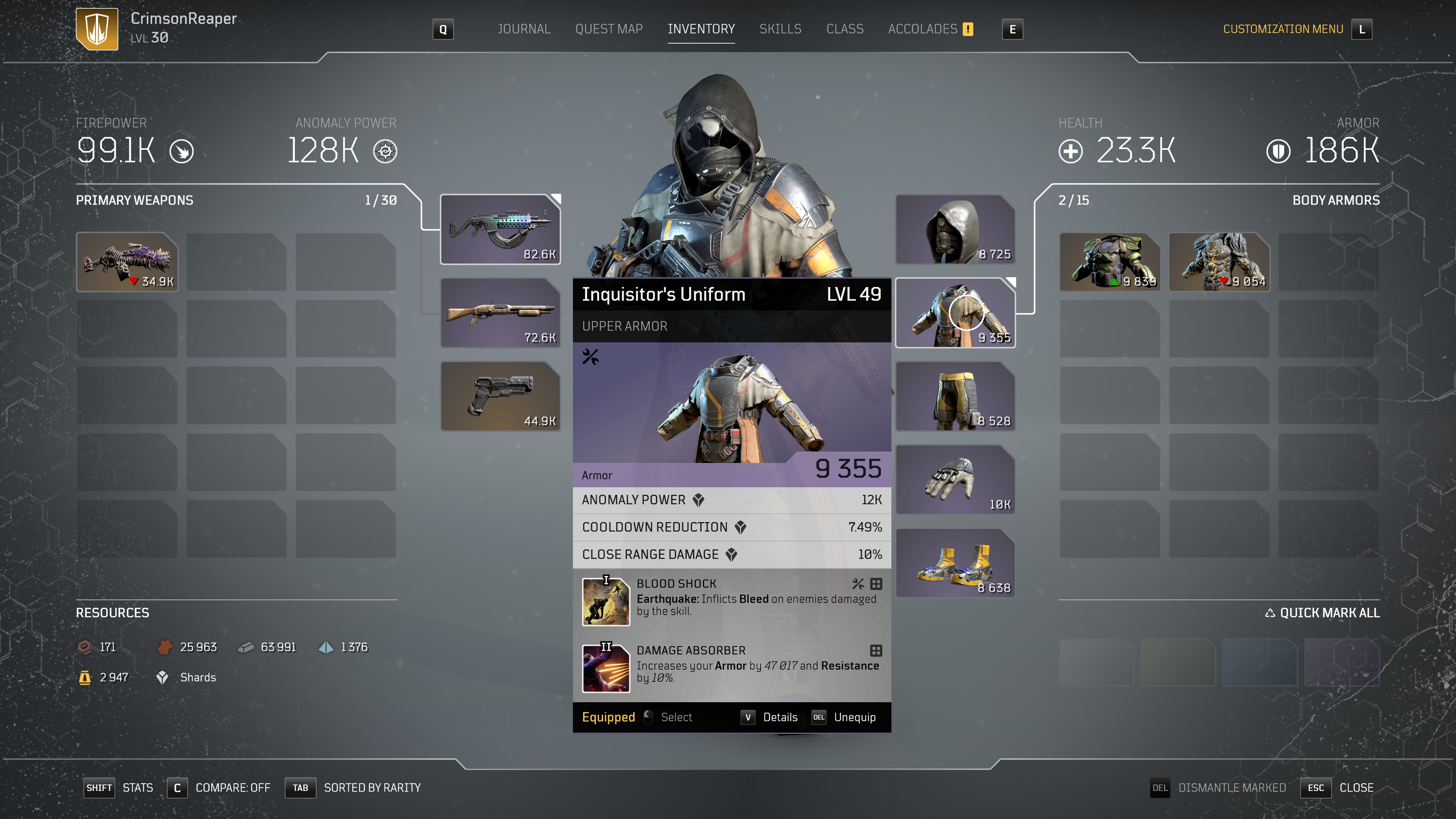 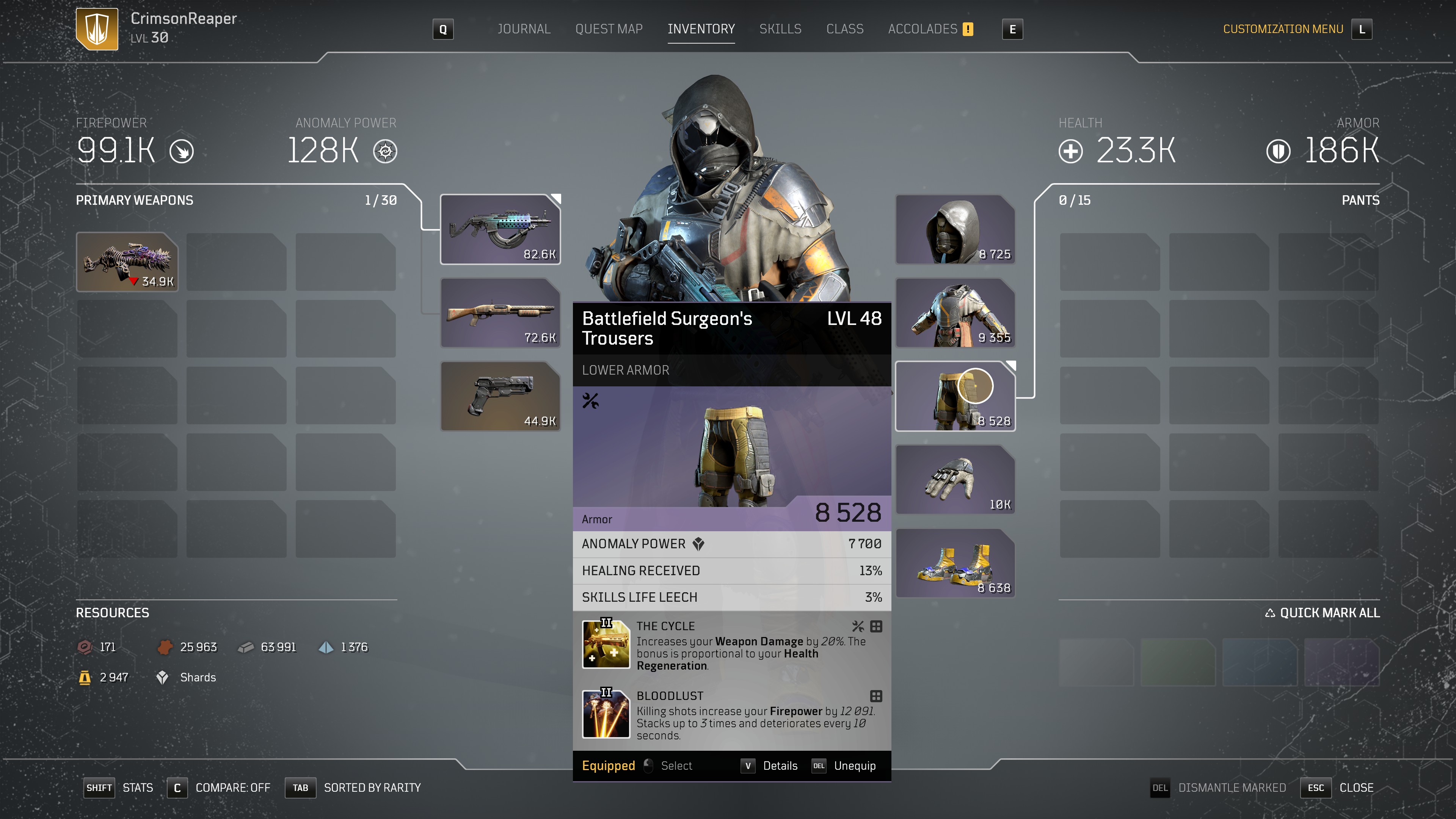 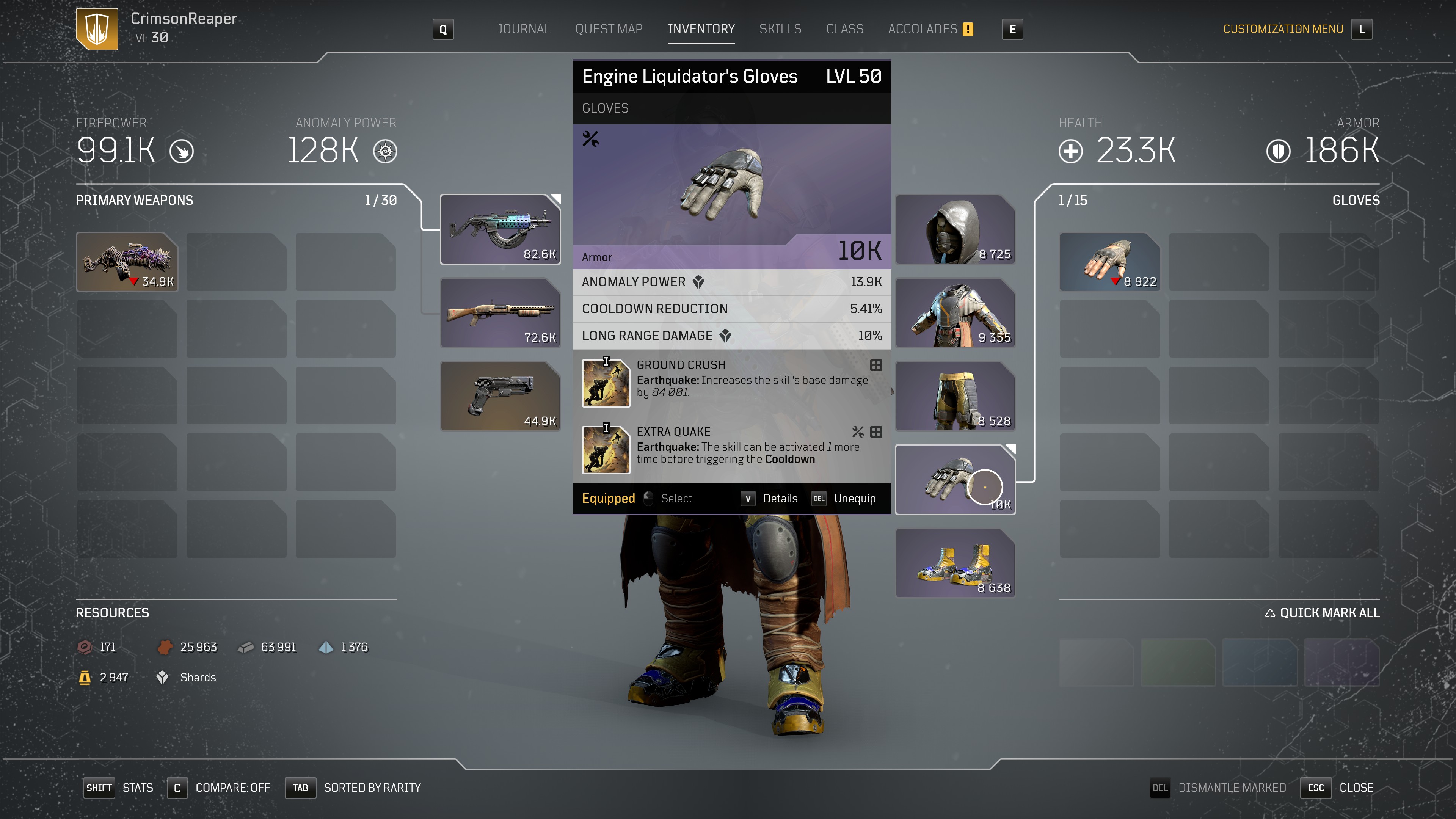 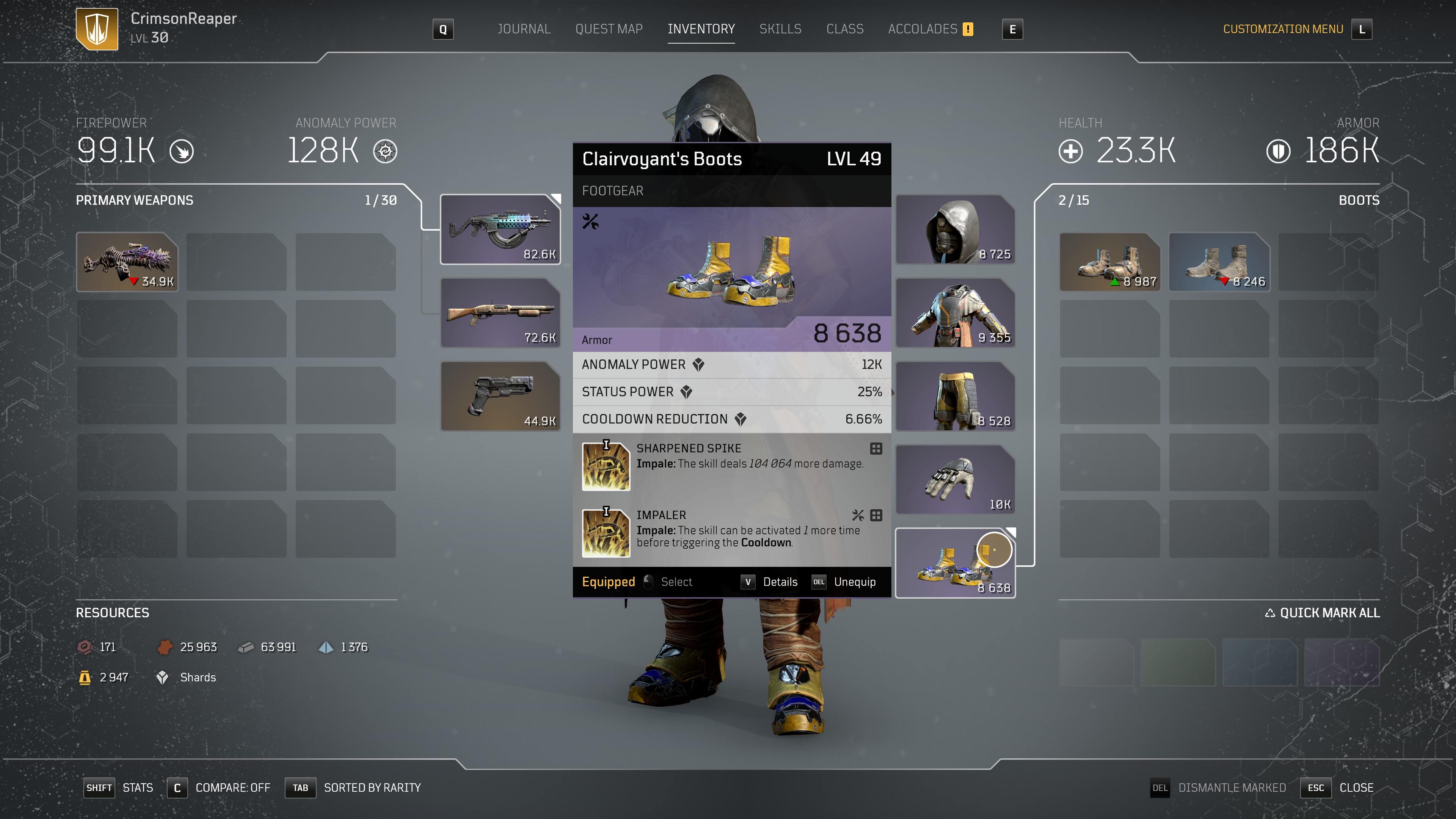 The main stats of the gear you want to focus are

mind you can switch out a few things for better skill damage like the 50% more damage on impale vs bleeding enemys.

An the t3 mod that lets you smash quake 1 more time for a max of 3 times before going on cool down.

End game 3 part set for this would be the seismic for the added damage on enemys that are bleeding. 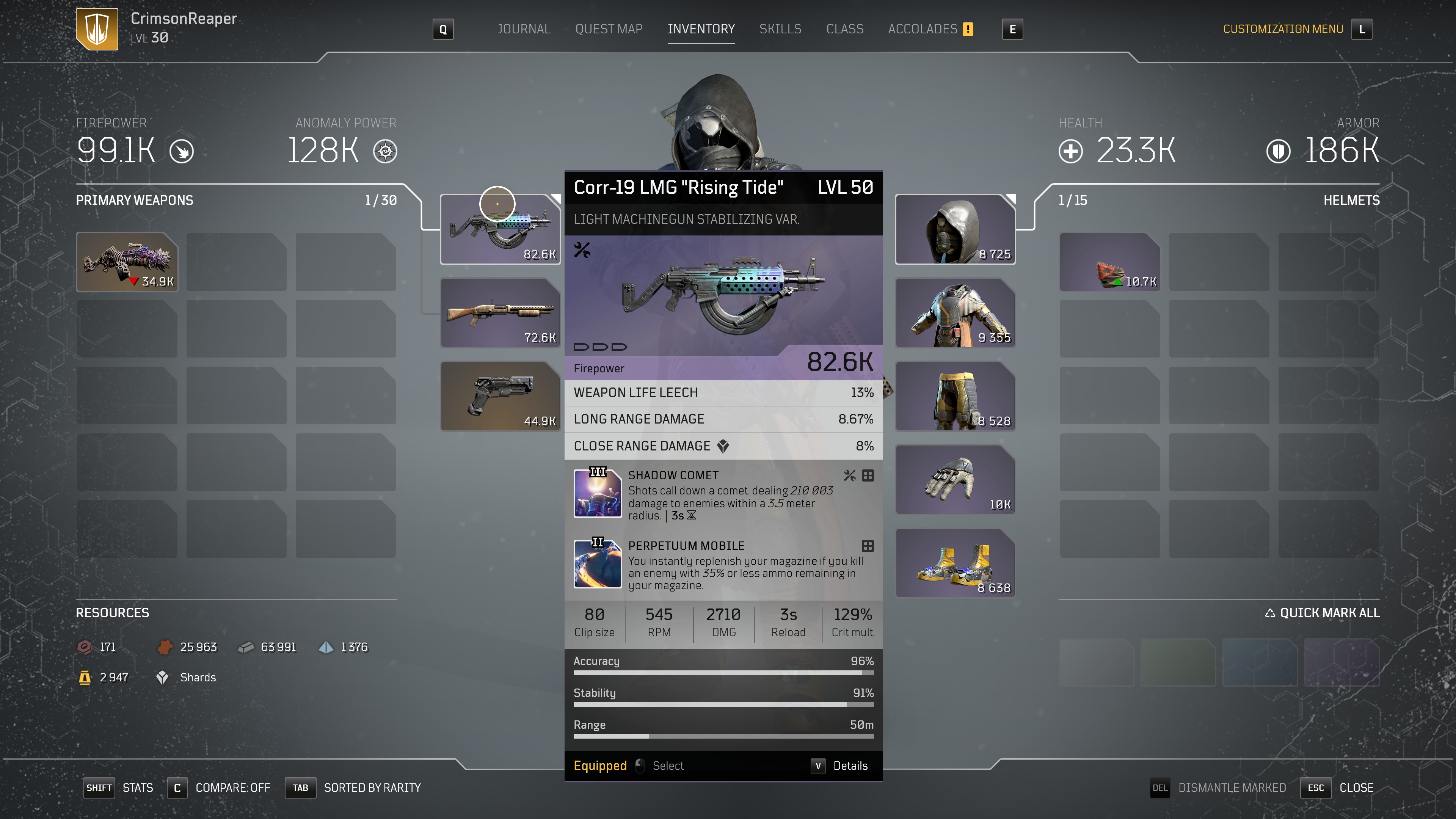 The weapons are pretty easy you want something along the lines likes this.

the main damage that you be doing would be from mods for the gun.

Using mods like Claymore an Storm whip will make up for the lack of the damage from the weapon.

Try to get both on the weapon will give a good amount of added burst for single targeting boss type monsters or other elites.

Also Shadow Comet would replace your Claymore when you get it.

other helpful mods are things like t2 link an the t3 link the legendary duel pistols drop with both on it.

This allows your team to focus on the boss well the damage spreads to others.

I do plan on putting out videos for youtube for these as well.

I do have my other builds which I do plan on posting soon once more gear is got for them.

Also enjoy the build and have fun.