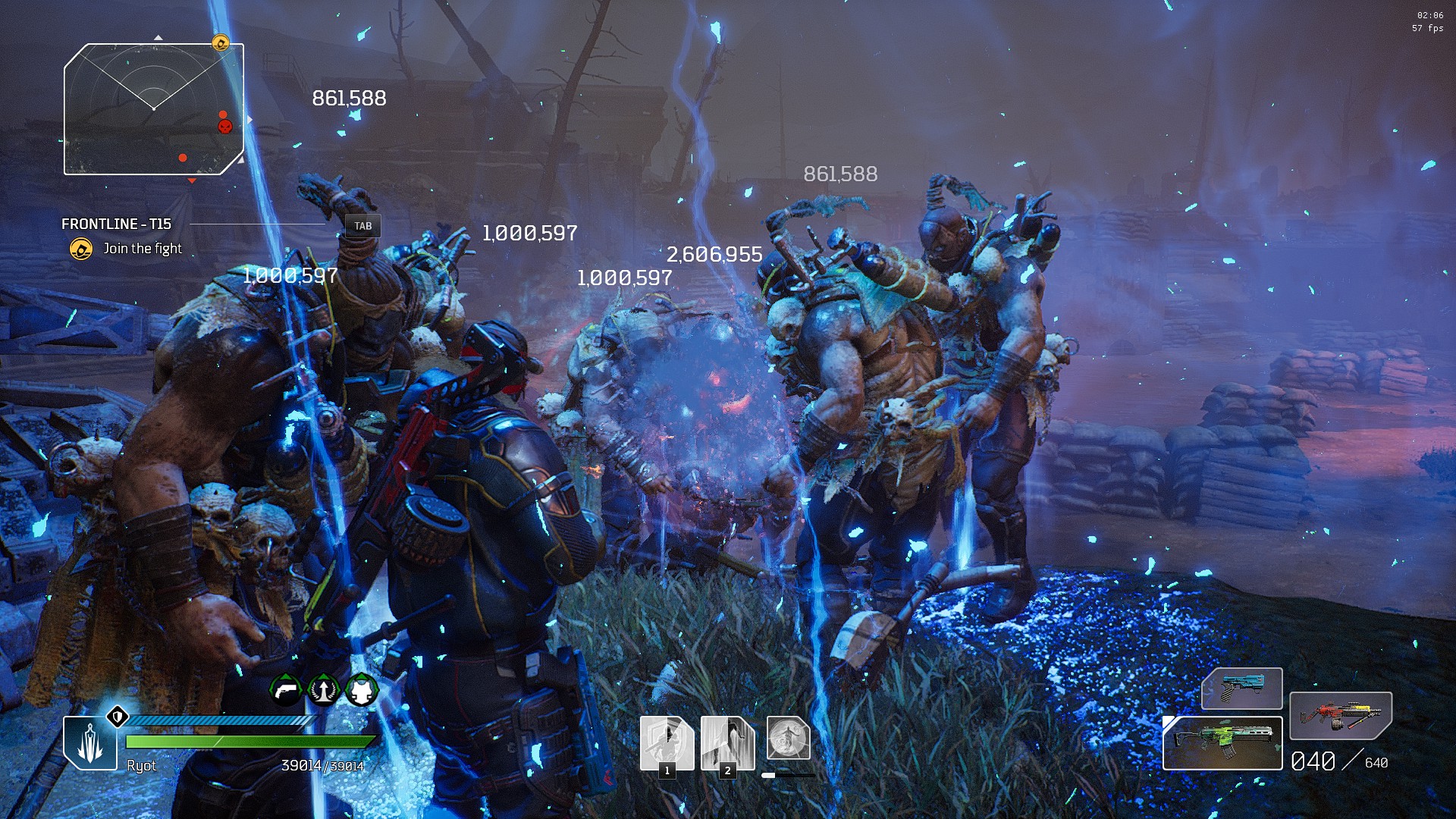 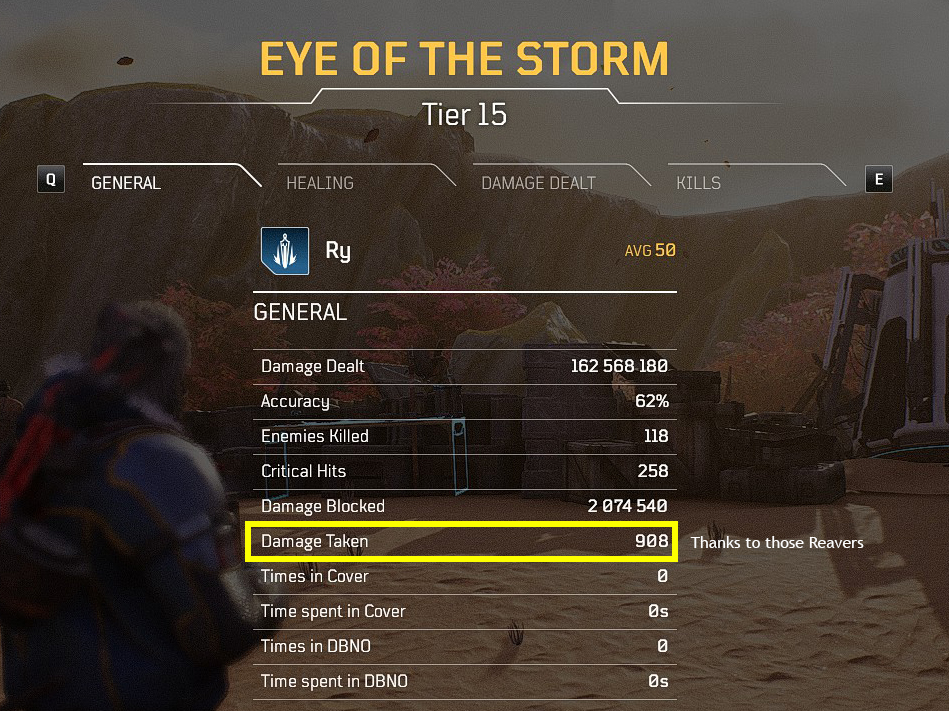 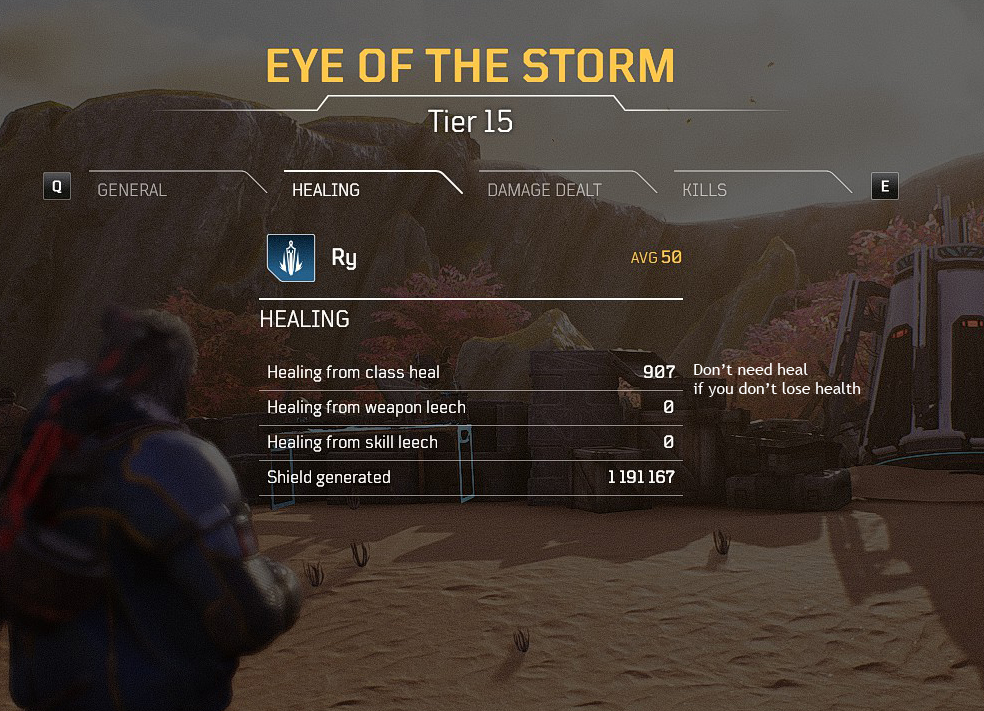 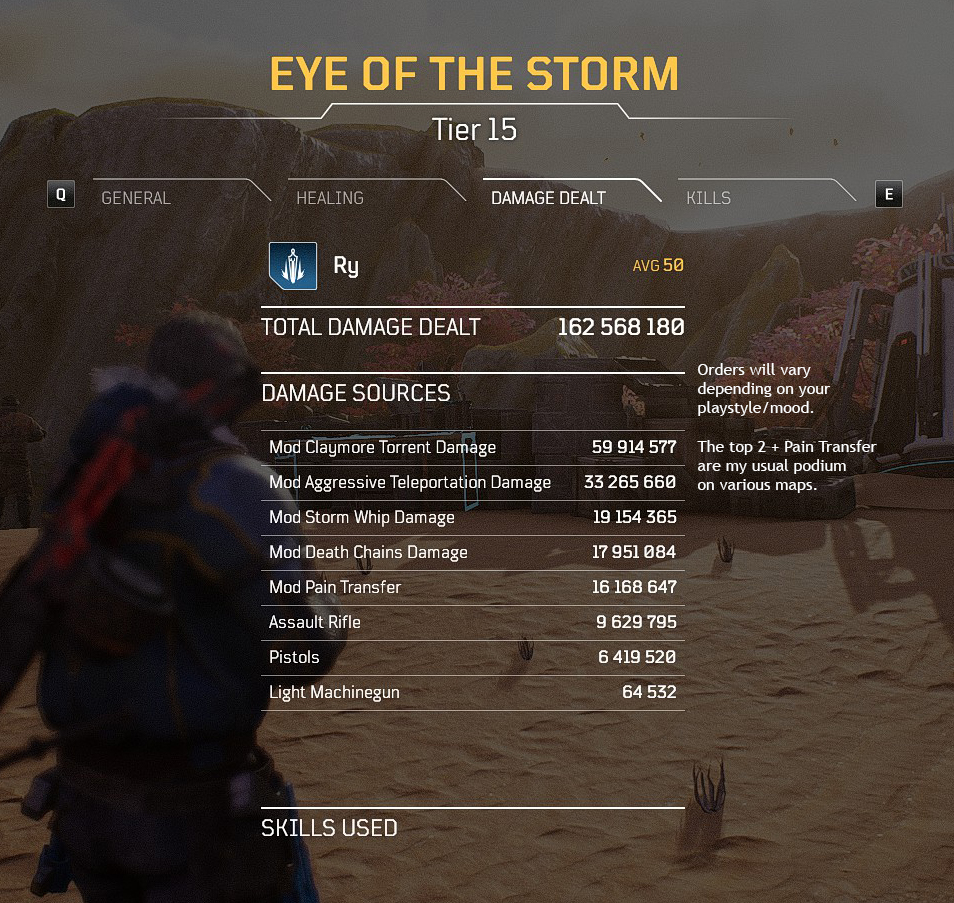 Those numbers are from Aggressive Teleportation mod, boosted by debuff mods and primarily by Trespasser set bonus (more damage per enemies caught by any deception skill). This is an overkill so no need to worry if you don't have the legendary set yet. This guide is built around comfortable playstyle. 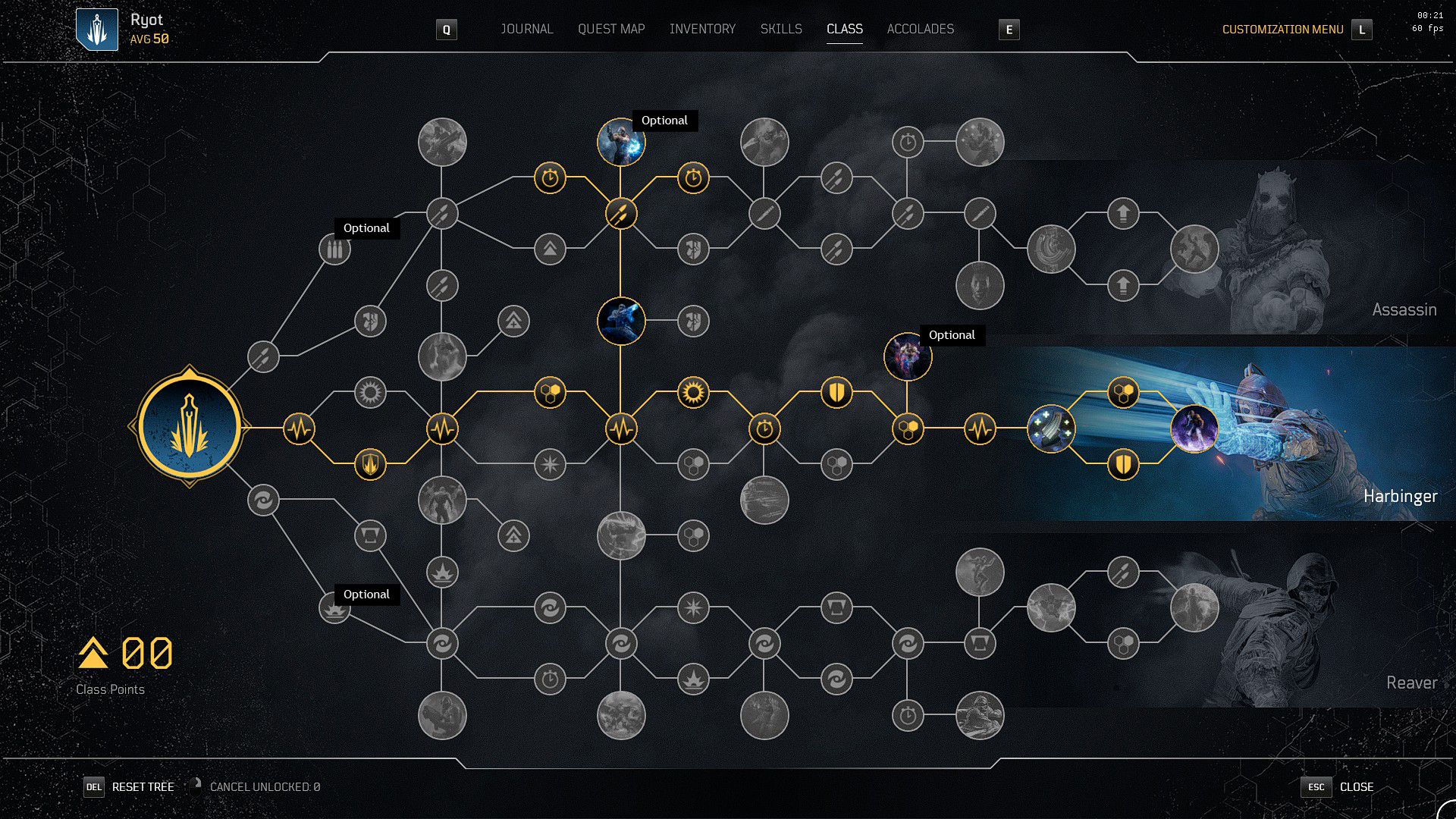 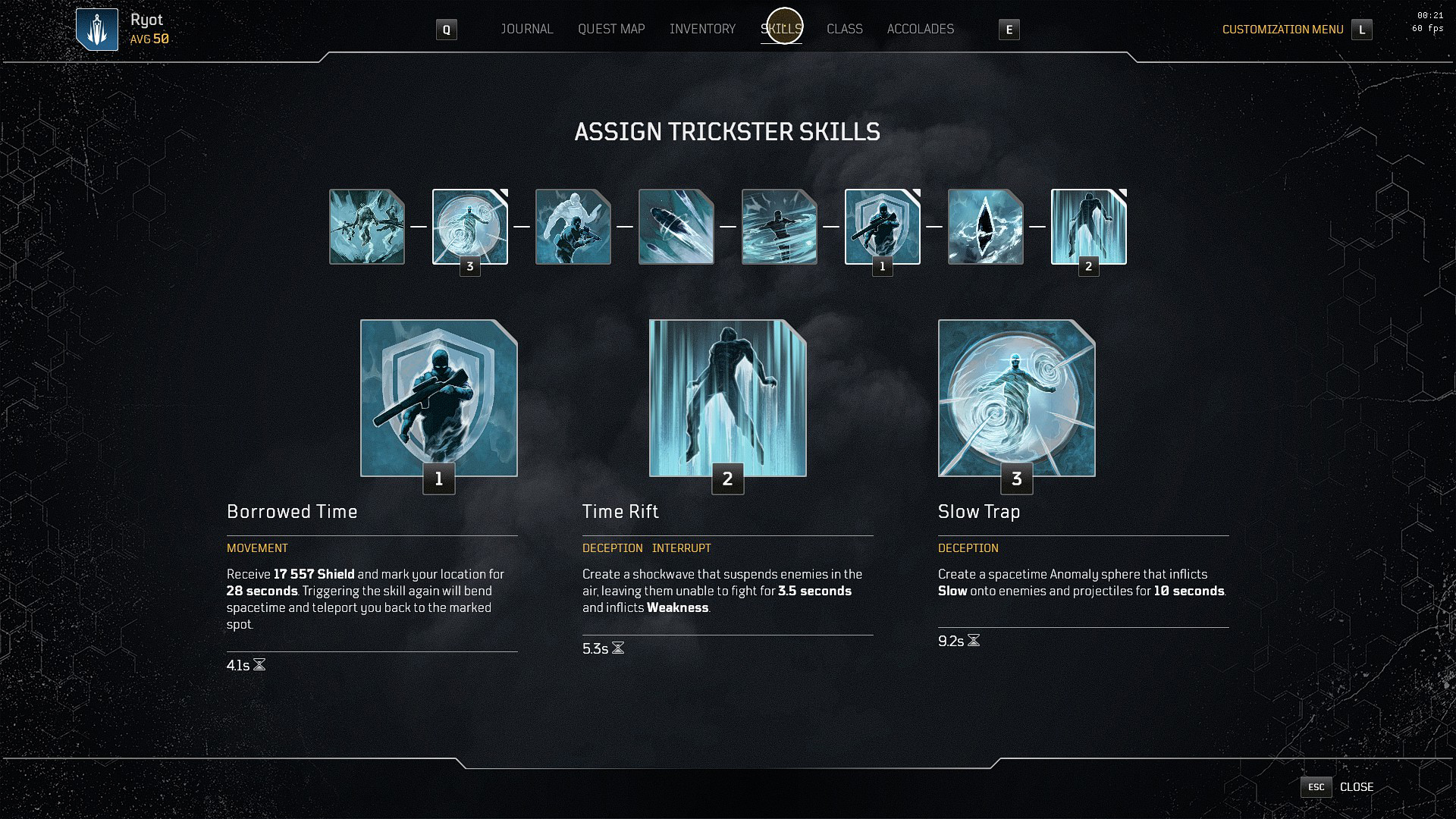 With the last node on Harbinger tree, activating any of these skills will also grant you a good amount of shield, making it possible to have your shield up 100% of the time.

Using this build, the effectiveness of Borrowed Time is extended by using Aggressive Teleportation armor mod.

Also, Time Rift + Slow Trap = More airtime for enemies. It allows Time Rift to finish its cooldown even before they get back on their feet, and I'm talking about elites and human-altereds here, including Moloch, poor guy spends most of the fight floating in the air.

Note that you can't stack Time Rift on a target that's still floating, so wait until they finish the floating animation and get back up before recasting it. Even so, this combo feels like a cheese and I won't be surprised if the dev patches it later.

And make sure to use Dancing Up A Storm emote while enemies are airborne for more morale damage. 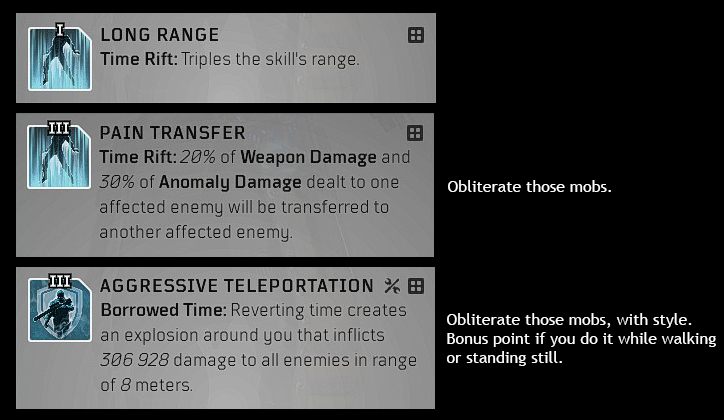 Aggressive Teleportation is one of your good sources of damage, alongside weapon mods.

Pain Transfer and Long Range extend those damages, very effectively. You will deal a lot of indirect damage with these. When you managed to catch a bunch of mobs with Time Rift, just focus on one of them (preferably an Elite) and the small mobs will die in a blink, while other Elites get seriously hurt when the Time Rift expires or when your main target dies. Comfort.

Slot these in whenever possible.

A Little Bit Of Pain: (Time Rift) Using the skill deals [60% of Anomaly Power] damage over 6 seconds to affected targets. 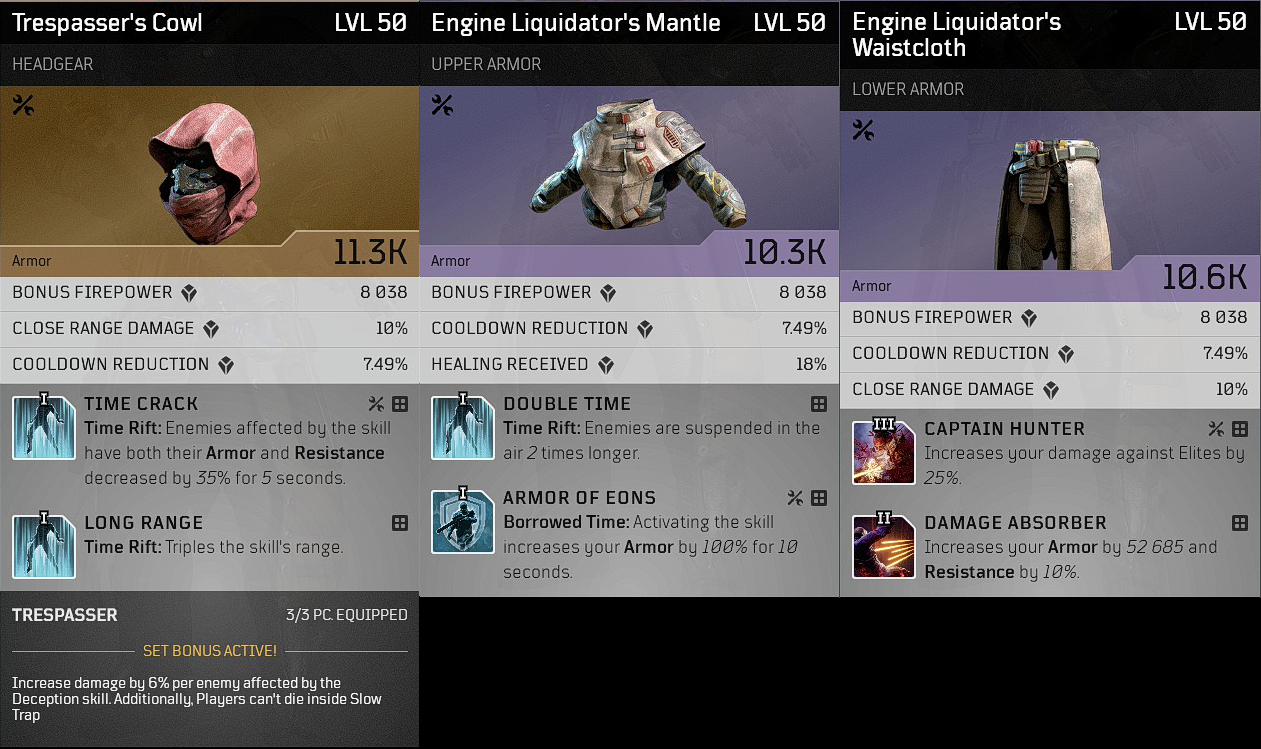 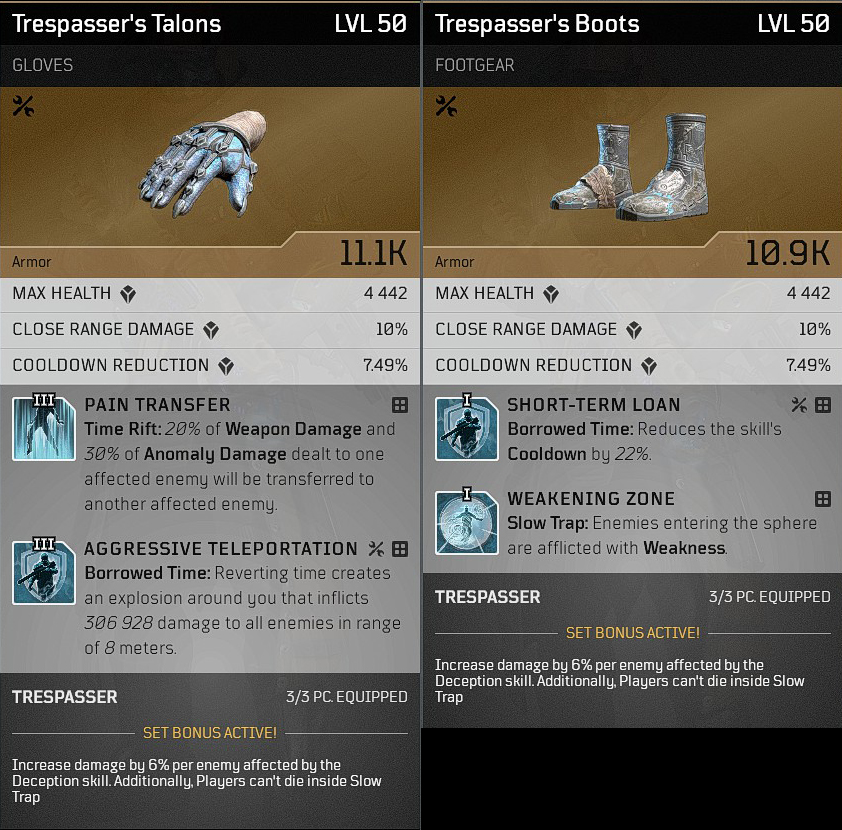 Aim for Cooldown Reduction attribute on every pieces. This is my current personal setup. The legendary armor set bonus is not mandatory, but very welcome indeed. And I'll probably switch out Short-Term Loan with Geiger's Wave, since cooldown is already pretty fast. 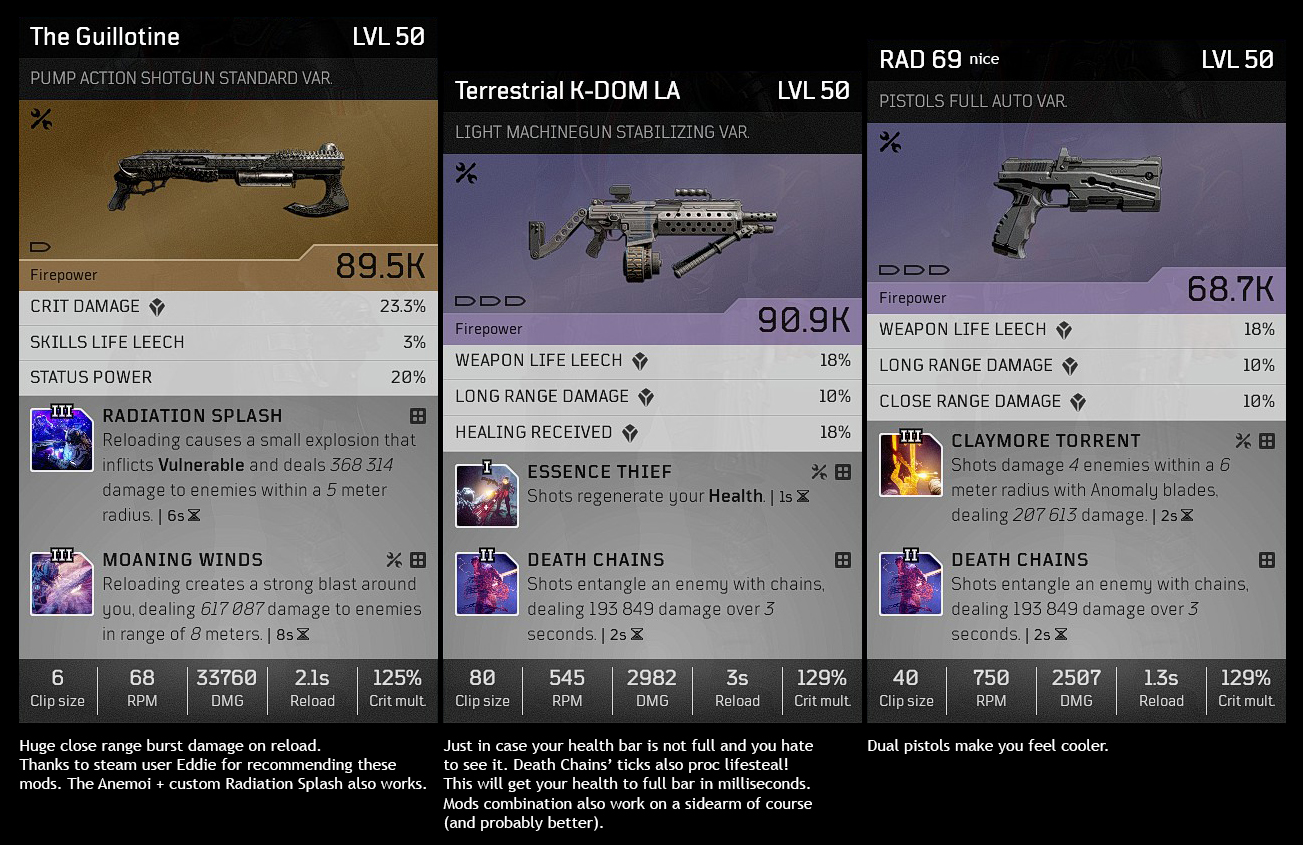 You will deal low Weapon Damage, but it doesn't matter when you have these mods slotted in.

A stupid recording i made a few days ago while using this build (bad quality and probably not very helpful):