Home Monster Hunter Stories 2: Wings of Ruin An In depth Guide To The Thunderlord Zinogre

An In depth Guide To The Thunderlord Zinogre

Subquest-line. These strong Thunder Deviants can be tough to fight for those who are under leveled or simply inexperience with Thunderlords, and for those people I've made this guide.

This guide contains sections on,

Picture of the Monster, it's Habitat and misc.

Before you hop into the guide there's a term I use a lot I wanted to make clear which is:

I use this term to describe a monster's skill that can't be used in a HtH, an Example of this is "Heartfelt Gift"

also, I don't take credit for the info in the stats section, it's mostly from the in game Monsterpedia. 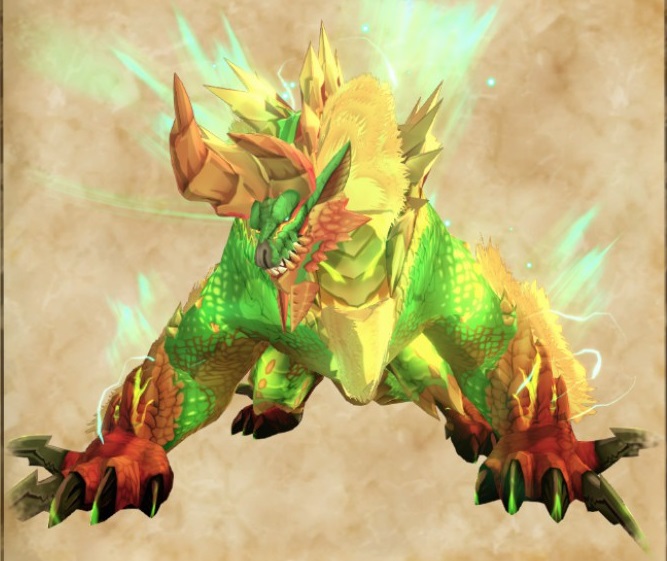 Thunderlord Zinogre can naturally found in both the right most portion of Z8 and within snowy SR dens. Thunderlords are unable to retreat to their dens, so if you want one as a "monstie" you'll have to try your luck with SR dens.

"With one howl, the heavens loose a thousand flashes, and ten thousand peals of thunder. Approach it not, anger it not--for the wrath of the 'Thunderlord' shows no mercy"

From Turn 1 to turn 3 the Thunderlord will start off by using normal power attacks, after the attack phase of turn 3 it will use True Electric Charge, changing its attack type to speed.

On turn 4 it uses summon to summon a Great Thunder Bug. On the next turn the Zinogre and the Thunderbug will both use speed attacks, then summon another bug on turn 6. On turn 7 the Zinogre will use Thunder Call (Which knocked me off my Rathian :/ ). The next turn it uses another speed attack after which is enters its "Enraged state".

The Thunderlords first move after entering its Enraged State will be a Thunderbug Blitz on turn 9 (a single target Thunder move.) and will repeat this action on turn 10. And Finally on turn 11 it will use thunder wheel (A Multi-Target Thunder move.) which ends it enraged state putting it back into its Normal or a near normal state.

Summon is a Non-HtH move that spawns a Great Thunderbug. Interrupting summon with a Kinship skill causes the action to be temporarily skipped in its pattern, moving back to after the turn after the Thundercall or just skipped.

Note: I'm not fully sure why it sometimes makes up the summon and sometimes it forgets it, but it seems to forget it when its at critical HP.

A Non-HtH Multi-target Thunder move used to end its pattern.

Notes: If its interrupted it will just keep trying to use it, so if you want to interrupt it because your weak to thunder, I suggest guarding instead.

Notes: Its used in place of normal power attack.

Thanks for reading this guide, I hope you found it helpful. This was my first guide for sorry if it not great.

I'm planning on writing guide's on other monsters so if have any feedback I'd love to hear it.