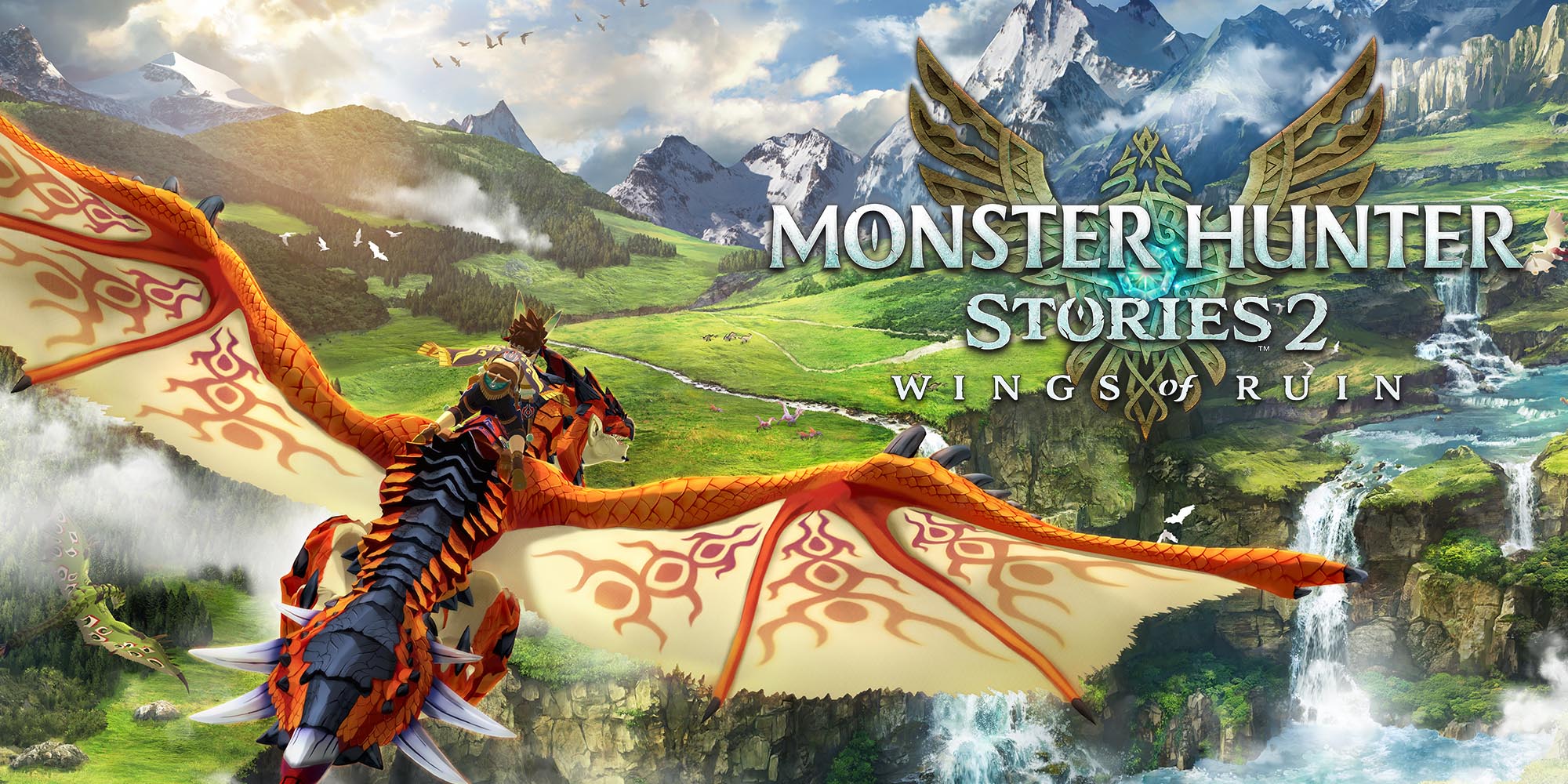 Defeated 50 monsters. A commemoration of your incredible courage.

Defeated 100 monsters. A commemoration of your incredible courage.

Defeated 200 monsters. A commemoration of your incredible courage.

Obtained S Rank in 50 battles. A crest to commemorate your style.

Slayed your first Deviant Monster. Show it off with pride.

The Monstie Expedition Slot can be unlocked with a ticket you buy from Melynx.

The Spare Party Slot will be unlockedwhen Ratha joins your party. But you can't swap Ratha out until Post Game.

For completing the Gallery of Story Cutscenes. But don't be fooled! Your adventures are not over yet...

Completed the Elder's Lair. You emerged victorious from a true test of strength.

Upgraded a high rank weapon to max level. A symbol of true weapon mastery and power.

Upgraded high rank armor to max level. A sign that you have mastered the art of defense.

Obtained your first Layered Armor. Now you can hunt monsters in style!

If you have the Monster Hunter Stories 2: Wings of Ruin - Deluxe Kit dlc, you will unlock this automatically. Or you can easily get layered Armour from Melynx, the shady Vendor cat who sells you stuff for bottle caps.

Obtained all of Navirou's Outfits. Now you can mix, match, and show off your totally chic fashion style! Note: Excluding add-on content.

Channeled genes into all nine slots. Always strive for perfection.

Upgraded an XL gene to max level. Proof that you're a pro at Monstie husbandry.

Completed one third of the Book of Genes. Every journey starts with a single step.

Completed two thirds of the Book of Genes. Master genetics to defeat any foe.

Completed the Book of Genes. Proof of your astounding scholarship.

Achievements linked to the Storyline, not battle

Completed one third of the Kinship Skills Gallery. There are many more Monsties out there to befriend.

Completed two thirds of the Kinship Skills Gallery. One step closer to finishing it all.

Completed the Kinship Skills Gallery. You are truly a Rider among Riders!

Bonds of Friendships seems to require you to use Ratha, otherwise it doesn't seem to count.

Completed the gold Trial Quest requirements. As befits such an achievement, this medal is solid gold.

Obtained a new skill scroll. A sign of your noteworthy weapon proficiency.

Collected all skill scrolls. There's no weapon you cannot put to good use.

Collected half of all Books of Combos. Testifies to your remarkable craftsmanship.

Collected all recipes. Proof of your mastery over all items.

Completed one third of the Monsterpedia. There is still much to be discovered.

Completed two thirds of the Monsterpedia. Just gathering the information is tough enough!

Completed the Monsterpedia. Everything known about monsters.

Completed one third of the Monstipedia. A simple task for a Rider.

Completed two thirds of the Monstipedia. You're a Rider en route to the top.

Completed the Monstipedia. Very few actually manage to achieve this.

Multiplayer unlocks during the Rutoh Village's story line and Multiplayer Expedition Quests unlocks when you reach the 4th village.

Completed your first Co-Op Quest in Multiplayer. Working together with friends makes everything so much easier!

Won your first Single Battle in Multiplayer. The first of many battles to come.

Won your first Pair Battle in Multiplayer. Teamwork is the key to success.

MHStories 2 Guides To Check Out

These two guides have been really helpful and I recommend you check them out ;)

How to read your eggshttps://steamcommunity.com/sharedfiles/filedetails/?id=2545274055

An in depth guide of information, where to find them, weaknesses, drops, retreat boost, egg design and Kinship skill

Equip a talisman with the Soul Kinship skill

Use a mounting charm at the Prayer Pot

Equip a Hunting Horn and use the Bonds of Kinship skill

Equip a Gunlance and use it's skills in Head to HeadsAt some point you can buy a talisman with the Soul Kinship skill from Melynx or if you do a lot caves and RNG is on your side, you may get a talisman from chests in Dens. Tigrex and Diablos armour have the HtH Master skill.

Once you have unlocked the Rite of Channelling, obtain eggs from all egg laying Monsters. Even if you don't want to use the Monstie or it's a weak Monster, it may have useful Genes that can make your Main Monsties stronger or more versatile. Also you can stack Genes, so it's worth farming the same type of Monster to upgrade your Monsties Genes.

Accept all the side quests

Most side quests can be completed without you realising it. Just accept them and do what you want. As well as xp, they can sometimes give useful items or even skill scrolls.

In the town of Lulucion, there's a vendor that will let you craft layered armour. The layered armour options will be of the armour sets you've previously crafted.

Check the Monsterpedia and click on Location. It will then hover over the Catavan Stand nearest to its location.

Hope You Found This Helpful ^^