This guide applies almost exclusively to Arena Mode, but the hireling orders apply to sections of the Story Campaign where you are playing with Deimos and Sanford as singleplayer.

Possible recruits come in four separate classes and at random levels - higher level recruits will cost more, naturally. They can also come with "junk" armor that only they can wear, which shows up as red on their armor sheet. Despite the label, junk armor has the same stats as if you bought it from the quartermaster. If you want to replace junk armor with better gear, the junk has to be removed from the hireling first, and that one item will be destroyed.

There are two upgrades in the dorms that directly affect your hirelings, and they're both on the left-hand side of the room. Of those two, the upgrade panel on the right increases how many hirelings you can have at once by adding more bedding one at a time. The upgrade panel on the left increases your hirelings' maximum level cap by four levels at a time. At max upgrades, hirelings will cap out at level 30 and you can house a couple squads' worth of them.

Possible recruits come in four different classes, and each class focuses in one category and is weak in another - just like you! Except for the Noob class of course which has no focus or weakness, but that doesn't apply to hirelings. However, while each hireling class always has the same focus, the weakness can be any of the other categories.

Clubber - focus in melee weapons, Strength + TacticsAfter a hireling reaches level 15, their class name changes to the veteran version, which appears to be cosmetic.

The Gymnast class currently has the best chances of making it through a stage alive.

Hireling Equipment - I Only Eat What You Give Me, Dad!

Aside from any junk gear they're wearing when they are hired, hirelings are completely dependent upon you to equip and outfit them. This means armor, weapons, and back weapons.

Armor works the same for hirelings as it does for you. Each piece offers the same protection to either the head or the body and weighs the same amount of encumbrance. You may be tempted to over-encumber them with the heaviest gear possible, but they'll get more survivability out of being able to dodge and sprint. Note that armor with + Magazine bonuses only affects weapons they are equipped with through the inventory screen before a stage starts.

Weapons also work the same for hirelings as they do for you. It's like they're almost people! There are a few details to take note of when equipping their weapons:

Give the Gunman class ranged weapons

Give the Clubber class melee weapons

Give the Thug class something they don't have a weakness in because unarmed damage is vastly inferior to ranged or melee until late-game*.

Give the Gymnast class the same consideration as the Thug class, but skip unarmed.

Give everyone back weapons. These include throwing daggers and axes all the way up to shurikens and madarangs. Do not give them AoE back weapons like 'nades; they will happily throw these at your feet without remorse if you're next to an enemy.

*However, once you have unlocked the Claws and P.Unker glove armors which offer substantial bonuses to unarmed damage, and the Ghi armor which gives a bonus to unarmed speed, equip your Thugs with those and remove any melee weapons they have.

While Skinner is only too happy to sew you back together after you die (and don't think about what might have happened while you were unconscious), your hirelings cost you a premium to cheat death. If they're killed in combat, they can be healed in one of two ways in the medbay.

If you haven't upgraded it with enough cloning tanks for all your dead hirelings, they wind up in an ICU bed and cost a small amount to recover. This is the boring way.

If you have upgraded the medbay with enough cloning tanks for all your dead hirelings, they can be restored for a very small amount. This is the fancier way.

Cloning tanks will get your hirelings back on their feet faster and cheaper per death than sitting in an ICU bed, but they do have a hefty initial investment. When you're upgrading the cloning tank capacity, there really isn't much reason to go past three cloning tanks, as that's the maximum number of hirelings you can bring on one Helipad mission. There's no reason to leave anyone floating in the tanks and taking up space in between deployments, so a fourth cloning tank is an expensive and unnecessary upgrade.

So you've got your hirelings all kitted out with fancy gear and sharp toys, and it's time to put them to use. When selecting a Helipad mission, you have the option of adding up to three hirelings to your squad. Unless you specifically want to go in with fewer of them, taking a full squad will give you the best chances of completing stages.

When the bullets start flying, hirelings will generally take care of themselves without your intervention. They'll throw back weapons and fire at enemies they have line of sight to, they'll engage in hand-to-hand combat when enemies are up close, and they'll usually perform takedowns if a dizzy enemy is within their reach.

The hirelings will actually hold back from attacking an enemy that you are fighting hand-to-hand. They'll cluster around and watch if they have nothing better to do, and if you stop attacking that enemy they'll jump in to finish the job. This generally means they won't killsteal from you, but if you're performing a slow melee finisher move, they might decide you're taking too long and will nail the guy with whatever they have available.

With the exception of AoE weapons, you cannot accidentally harm your hirelings and vice versa. Feel free to fire wildly into a melee as long as you aren't hitting it with rockets or something.

Unfortunately, the game doesn't currently give much instruction on controlling your hirelings (or your partner in the Story Campaign). You're given "Command/Swap Squad" and a button. Here's the refinement on that, assuming you have a full squad with you in a Helipad mission and that you're using the default keyboard binds.

At the start, you will see a list of your three hirelings on the right side of the screen. When you press Ctrl, you will see an arrow appear next to each of their names, and the rings under their feet will light up. Any orders you issue now will be given to the entire squad.

If you hold Ctrl + RMB on either a hireling's name in the list or their model, it will change so only that hireling is selected and the others are deselected; their arrows will disappear and the rings under their feet will dim. If you hold Shift + Ctrl + RMB on either a hireling's name or their model, it will either add or remove only that hireling from the selected units. With Ctrl + RMB and Shift + Ctrl + RMB, you can give specific orders to only the hirelings you want to.

Ctrl + LMB will send the selected units (by default the entire squad) to wherever you click. If you click on a weapon with a single hireling selected they will go and pick that up, dropping whatever they are holding; with a squad selected, they will all try to pick up new weapons close to where you sent them to. After you have sent them to a position with Ctrl + LMB, their icons will turn into white checkmarks and they will stay there and engage enemies normally, but will return to you if you move far enough away that they are off-screen. You can also use Ctrl + LMB on yourself and they will follow you until they reach your current position, but they will then stay at that spot until they are off-screen or you issue new orders.

If you click on an opened medical cabinet with a single hireling selected, they will go and use the supplies there, even if they are not injured (the supplies will not be consumed in this case); with a squad selected, they will go there and mostly get in each others' ways and one of them may try to use it, even if that hireling is at full health already (try to only send individual hirelings to medical cabinets).

Ctrl + MMB (middle mouse button) is largely the same and will send the selected units to wherever you click, but they will hold position once they get there no matter how far away you go; their icons will turn into a hand in the classic "stop" sign. If you Ctrl + MMB on yourself however, they will continuously follow your movements, even after they reach your current position.

Alright, now it's time for the neat stuff. You should be familiar with how to select units and what Ctrl + LMB and Ctrl + MMB are used for. Let's add Shift.

Shift + Ctrl + LMB will send the selected units to a queued waypoint. They will move towards each place you click in order, and engage any enemies they see on the way; they will pause moving to a waypoint to fire at anything reasonably close, and will continue moving once enemies in their line of sight are dead. They will then wait at their last waypoint like a regular Ctrl + LMB.

Shift + Ctrl + MMB will add a patrol route waypoint. Once two or more places have been selected, they will move towards the next waypoint, hold position there for a few seconds, engage any enemies near them, and then will move on to the next waypoint if they don't see any enemies for a few seconds. They will then continuously patrol along this set of waypoints until you give them new orders. If you set up a patrol route and end it with Shift + Ctrl + MMB on yourself, they will patrol the route once and then follow your current position until you give new orders.

One of the biggest benefits you get from hirelings (aside from them being meat-shields of course) is being able to focus on one type of xp per stage of a Helipad mission. If you defeat one enemy with unarmed attacks, and then your hirelings defeat all the other enemies, you will get 100% of the stage's xp towards unarmed, including new wave bonuses.

Punching, throwing daggers, shooting, and slashing can all be used to take advantage of this. It is an incredibly useful way to level up acrobatics, which is usually the harder category to gain xp for. 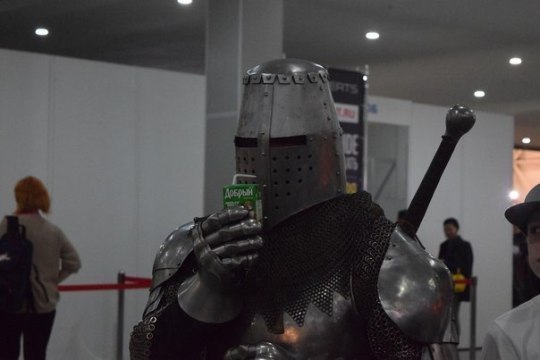 Hirelings have a surprising amount of versatility that isn't apparent at first. Even after you've leveled your favorite squad to 30, they can still gain category xp for more skills they will automatically train.

I've tried to keep this guide short and sweet without a load of images. If something isn't clear and would benefit from an in-game screenshot, let me know.

Many thanks to the Madness developers and animators through all the years. See you Somewhere in Nevada!