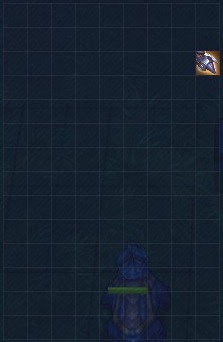 General info: Whenever you have extra gold, push workers. You will soon learn what you can get away with. You will also learn to suspect when big sends are coming so you can build a little extra to survive or when to build less for better economy. Also, don't forget to spend your own mythium to increase your income!

Placement is important, so I provide screenshots.

You can build 1 worker, but then you will usually need to save until Wave 4, unless you're getting lots of extra gold 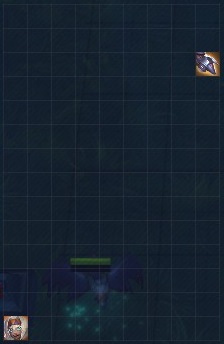 Put a Harpy in the back corner

Harpy's attack gets faster the longer it can travel before combat.

This will stop up to 40 mythium of sends 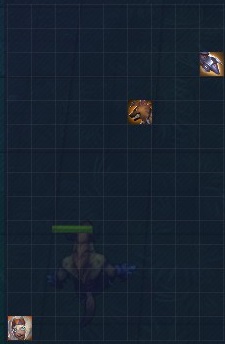 This will hold off up to 60 mythium of sends

Keep saving. You will need 135 gold at the start of next round

(Add your gold + income to know what you will have at the start of the next round. You increase your income by spending mythium) 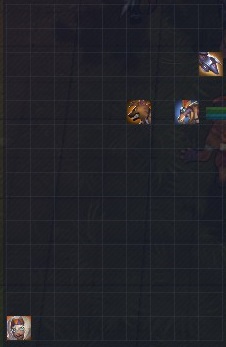 Get a Desert Pilgrim

Desert Pilgrim can use mana to heal your other units

This will hold up to 80 mythium of sends

It's now safe to buy a couple workers. You will only need 55 gold at the start of the next wave

I won't be able to tell you when to build more workers because it depends on your game. Just notice how much gold you will need for the next wave and spend any extra on workers. Keep practicing, and you should have at least 10 workers by the start of wave 10 in most games using this recommended build. 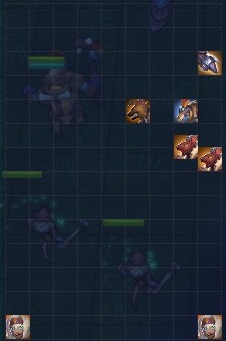 Add another Harpy in the other bottom corner, and 2 looters

Wave 5 is a popular wave for sends in public games. But rest assured, this will hold any sends up to 100 mythium!

From the rest of the guide, the recommended build will hold off up to 100 mythium

Remember: Anytime you are scared of a big send and you have the gold, you can build the next recommended unit(s) early. Also if you are confident you can survive with less, then build workers instead of what is recommended here. 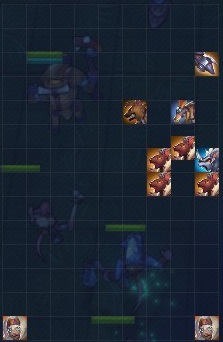 Upgrade a looter to a Pack Rat, then add 3 more looters 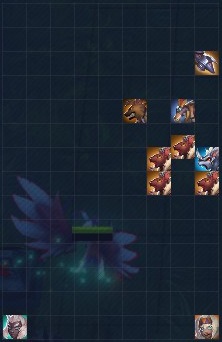 Upgrade your original harpy to a Sky Queen

Sky Queen continues to increase her attack speed throughout a battle 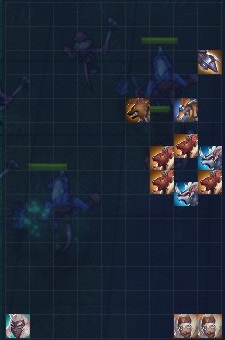 Buy a new looter and upgrade it to a Pack Rat

Add another harpy in the bottom corner

You will need 195 at the beginning of next wave

Notice you are leaving a space between your cheap units so you can add an Alpha Male later on in the game if you want to. Alpha Male can't stand being around expensive units; it will appreciate this space you left for it. 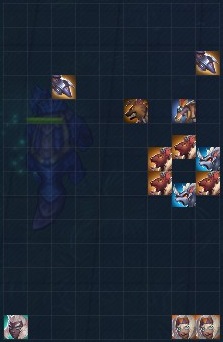 I suggest only adding 1 extra worker after this wave, so you have enough to survive the Boss next round 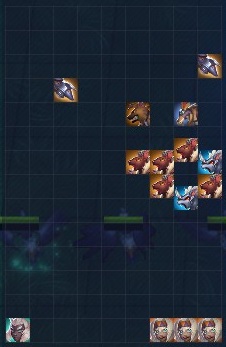 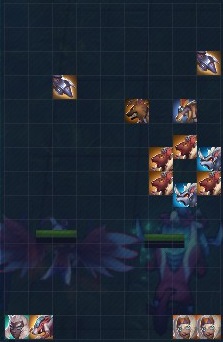 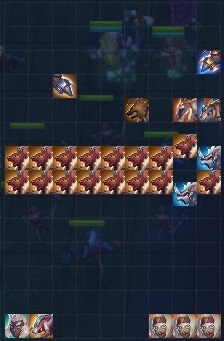 With NO sends, adding 1 harpy and 1 looter can clear 10

HOWEVER, wave 10 is popular for sends, so I recommend adding a Great Boar in the bottom corner next to your Sky Queen

If you expect big sends, you will need more defence to not leak. Build or upgrade anything in the picture below to assist you

I hope you liked this guide and that it will help you get started learning the game with Nomad. Practice with it and make changes as you get better. Have fun!