Kaycee's Mod is in beta, so things might change. This guide was written for V0.24.

By the time you unlock the Grizzlys challenge, you should have a decent grip on the game mechanics. You don't need me to tell you high level things like "Geck good". But Grizzlys present a very specific difficulty, in that you need to build the deck to get past them in the space of a single map without Mycologists. I'm getting half-decent at doing this, so I thought I'd write some notes on the strategies I've been successful with.

The most reliable way I've been able to do it is by focusing on these two tasks:

Find a way to remove a single bear

Build up a single card that can deal 5 damage

The other strategy I've deployed successfully is:

Be lucky and draw Field Mice 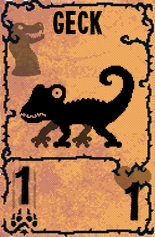 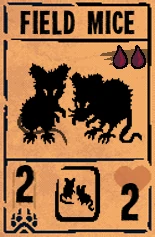 So Fecundity is easily the best sigil in the game. Play a card, draw a duplicate. Horrendous.

Honestly, it's hard to screw up Fecundity. You've automatically got a good chance of success if you get offered Field Mice at the start of your run. But there are specific combinations that are effective against Grizzlys.

Geck is a basic card with no summon cost. Imbue Fecundity onto Geck and you get infinite Gecks.

For Grizzlys, you can lay down a full row of Gecks. Gecks will deal some amount of damage. They'll take the hits from the Grizzlys. Repeat.

This strategy is brainless. The only concern is that you may run out of Squirrels to draw if you aren't dealing damage fast enough. So try to focus on campfires for upgrading your Gecks' power.

You can reliably get Geck from an unlockable deck. If you're playing with all challenges enabled, it's difficult to get Rare cards — I think you can only get them by trading Golden Pelts. 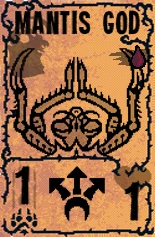 Mantis God hits straight ahead and diagonally. This makes Mantis God very efficient, effectively implementing a 3x multiplier to damage. In fact, Mantis God can trivially end most battles in a single round once it has a single point of power increase. But that won't get you through the bears.

Fecundity allows you to lay down a wall of Mantis Gods. It'll cost you 4 blood, sure, but you'll have time to stall and draw Squirrels in the first round of boss battles. If you can get your Mantis God to a very achievable 3 power, that will allow you to pass Bears. With 4 Mantis Gods on the field, that's 2 hits to each Grizzly in the middle lanes and 2 undefended hits for a total of 6 direct damage.

You can reliably get Mantis God from an unlockable deck. Like Geck, it's a Rare card so it's difficult to get otherwise when all challenges are enabled. 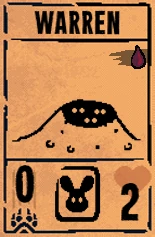 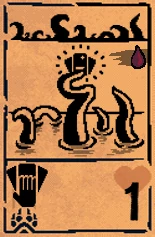 Warren is a single blood card that gives you what is effectively a base Squirrel when played.

With Fecundity, you can sacrifice your Warren to play Warren endless, giving you an infinite supply of blood and bone. You can also endlessly summon Warrens to tank the Grizzlys if needed.

Any number of summons can benefit from this strategy but two cards stand out;

* Hand Tentacle's power scales by the number of cards in the your hand.

* Lammergeier's power scales by your bone tokens divided by 2.

The magic number is 12 — 6 to kill a Grizzly and 6 overflow to kill the Grizzly behind it.

Obviously if you want to play Warren, the bone deck is the one to pick. Rat King and Alpha aren't great cards, but they have usable sigils and will get you through the early battles. 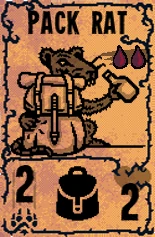 One of the strategies for clearing a hole in the Grizzlys is to rely on items. Use a pair of scissors to create an instant hole. Use an hourglass to buy a turn to kill a single Grizzly.

The most effective way to farm for items is to get a Pack Rat and then imbue its sigil onto something cheap to summon. If you're playing the zero cost deck, any of those starting cards would be a good pick.

Early versions of Kaycee's Mod had two challenges that reduced item count, which made farming items a bit more difficult. But in V0.24 you can have two items when playing with all challenges enabled. 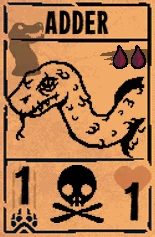 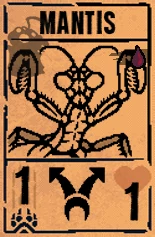 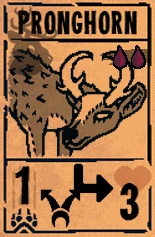 In lieu of items, Bifurcation + Touch of Death is an effective way of making a hole in the wall of Grizzlys in front of your attacker. Just make sure that you play your bifurcated card to the left of your attacker so that it gets to go first.

If you're lucky, you may see Adder and one of Mantis or Pronghorn in your initial offerings from the Trader. Mantis is preferable — cheaper to summon and it doesn't move around — but Pronghorn will work just fine.

The third option is to use the Mantis God deck. Trifurcation works just as well as Bifurcation. Then you only need to find an Adder. 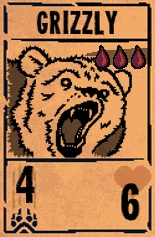 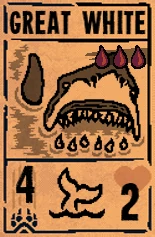 There's very little to say here. If you are able to make a hole, you'll need to deal damage.

Grizzly and Great White stand out at 4 power, requiring the minimum investment to reach 5 power. A single point from a power campfire, a Fledgling sigil, or your starting pair of pliers will give you the extra damage that you need.

Grizzly also has the added benefit of being able to take a hit from another Grizzly. It's not an elegant strategy, but a 6 power Grizzly can kill one opposing Grizzly, take the hit from the next opposing Grizzly in the lane, and then kill that too. The difficulty is that you need to block the other lanes for two turns before you can attack directly.

Wolf and Moose Buck have 3 power but will obviously take more to power up. If you are relying on power campfires, you may not get to 5 power before the first boss (depending on how your luck goes). Moose Buck can take a hit from a Grizzly but will also move around, which is undesirable. Wolf Cub will obviously turn into a Wolf but you cannot use a Fledgling sigil to reach 5 power. 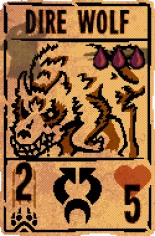 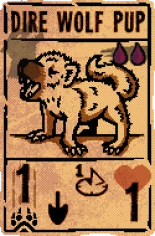 Dire Wolf's sigil is Double Strike. You strike forward twice. Pretty self-explanatory. But this ability is one of the most reliable ways to get through Grizzlys, assuming you can play it right.

Like with Mantis God and Trifurcation, Double Strike acts a multiplier. Any of the previously noted cards with at least 3 power will be able to deal enough damage to kill a Grizzly once imbued with Double Strike.

Later in the game, your goal should be to get your Double Strike card to 6 power. First hit kills a Grizzly, second hit does direct damage. This will allow you to breeze through Grizzlys with a single card. This is difficult to achieve before the first boss, but reasonable to achieve by the second.

Dire Wolf's power is quite low; all of its value is in the sigil. Ideally you want to draw Dire Wolf and another card with at least 3 power and then sacrifice the Dire Wolf. Dire Wolf Pup is still valuable, but you need to commit to increasing its power from 2 to eventually 6.

Picking your starting deck The zero cost deck is good. All three cards are useful and very flexible.

Bone deck (with Warren) and Blood deck (with Black Goat) are also decent picks, but the other cards that come with aren't desirable.

What to look for at the trading post Always take Field Mice if it's offered. Fecundity is the best. Put it on Geck, Mantis God, or Warren.

Adder is good for removing bears. Put it on Mantis God if you picked that deck, otherwise look for a regular Mantis or a Pronghorn.

You'll need a high power card. If you see a Dire Wolf, that will make things much easier.

Dire Wolf Pup will also work if you can't get a regular Dire Wolf.

Other events If you weren't able to get Adder + Bifurcation early, hold onto your items so that you can draw a Pack Rat at the first Backpack. Put Trinket Bearer on something cheap so that you can farm for scissors or hourglasses.

If you didn't draw a high damage card, picking the three blood option for a Blood Card event is a good idea.

Killing bears If you have a card with Fecundity, spam it.

If you have Scissors or a card with Touch of Death + Bifurcation, use that to get rid of a bear.

If you have an Hourglass and a 6+ damage card, you can clear a bear that way.

Use your 5+ damage card to attack directly.