How to efficiently kill Worshipers 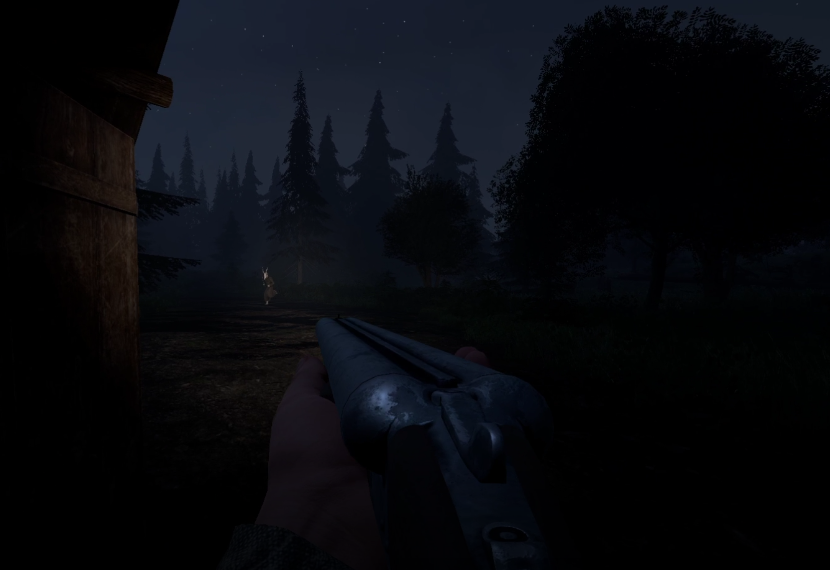 While exploring the dark forests for the first time most players will quickly realize that they are not alone. Though the skinwalker is the main threat in your adventure, its worshipers are also very powerful. And without any powerful weapons, your death is near certain.

Where you will find them

When wondering the maps you will notice that there are many monuments. Though full with loot they also bring the challenge of the locals. You will not encounter them in the middle of the forest unless they chased you there. But still be cautious of your surroundings at all times, for if they are nearby they will hunt you down.

Worshipers are not only very strong, fast, and deadly. But they also have two special abilities that they use against you while in a fight. While running away from one of them, they may use a force to pull you slightly backwards towards them. Along with that they also have a very high and far jump, they will use this to dodge your shots towards them and to manage the terrain.

How to effectively kill them

When fighting a worshiper is it obvious that they are very fast and unpredictable. They typically have three different behavior patterns while chasing you down. They will either run in a straight line towards you, run sideways to avoid being shot, or jump to catch up.

When using the marksman rifle it will be slower to kill, therefore you will need to hit every shot you possibly can. To maximize your bullet's worth, you need to wait for them to run in a straight line and get right in front of you. Doing so increases the chance of you hitting them, and while they are hit they are stunned so you have a little time to run away and reload. Repeat this process until you lose them, or they are dead.

With no argument the fastest way to kill one of these... things... is to find a shotgun. Shotguns can spawn nearly anywhere around the map so with a little exploring you should find one in your hands. A quick double tap with this beauty will do much more damage than the rifle. The only thing you need to worry about with the shotgun is how far away they are when you shoot, and making sure you have time and space to reload.

Upon killing a worshiper the player absorbs small fragments of its power. These abilities include being able to track the skinwalker for much longer after inspecting a footprint, making you invulnerable for 3 seconds after being hit, faster reload time, or slow progressive regeneration. And yes, you can obtain all of these abilities, (if you kill enough worshipers).

Here is some basic gameplay I recorded recently. IT ISN'T related to this guide, but it was my first impressions of the game. ty :)