The Immortal Fleet: Custom Frigates for the honorable combat pilot

The Immortal Fleet was established more than a century ago as the Romani Imperial Guard, in charge of defending Sayadi Stronghold. After the destruction of the Stronghold with a wretched and dishonorable nuclear strike, many tarkhans of the immortal fleet flew north to defend the sole heir to the Empire, as is their sworn duty.

The doctrine of the Immortal Fleet states that all ships in deployment must be equipped to annihilate any enemies they face completely on their own, no matter their size or their number; And if victory is impossible, then die gloriously in battle in the name of the Emperor.

“Honor can only be found through grievous victory against insurmountable odds, and no honor is greater than death in service to his Sovereignty, the Emperor.” No defeat has ever been recorded in their 100-year history.

As per doctrine, all Immortal ships should also be able to land and fly completely on their own if need be, and be ready to sacrifice their ships without question if crucial to defending his liege the Emperor, or his family. 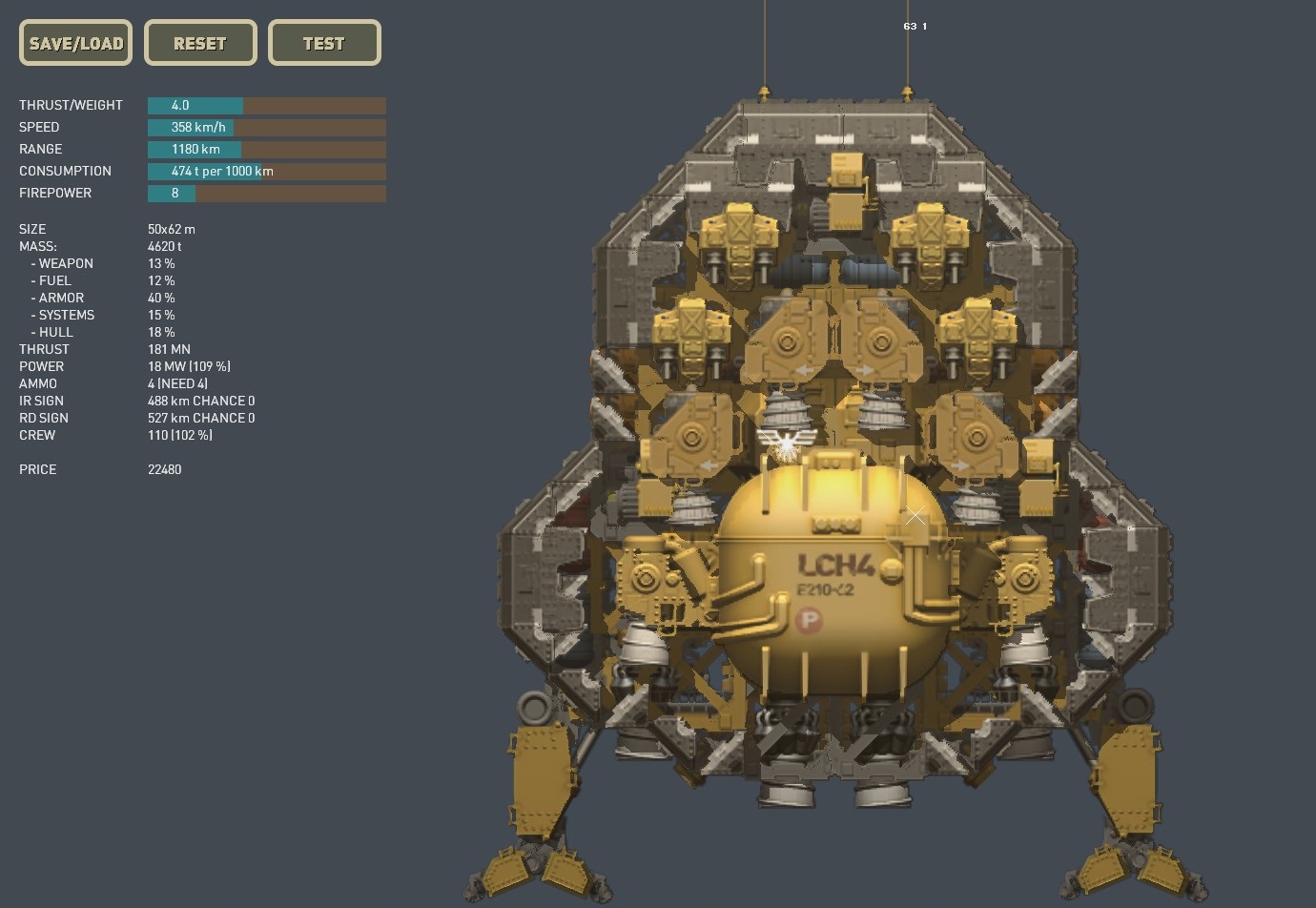 The Gladiator instantly became my favorite ship when I started the game, but after several campaigns the flaws in its design started becoming apparent. Such as the dreadfully small cruising range, which meant it couldn’t stay in combat for long and the terribly placed crew quarters on the bottom of the ship.

The ‘Invictus’ borrows the bottom fighting, 4xAK-100 overwhelming firepower role from the Gladiator and builds on it based on the Immortal Doctrine: The large fuel tank allows for much longer engagement times without being in the way of the guns, and the heavy top armor solidifies it as a badass reliable Frigate that can easily deal with any ship smaller than a heavy cruiser. 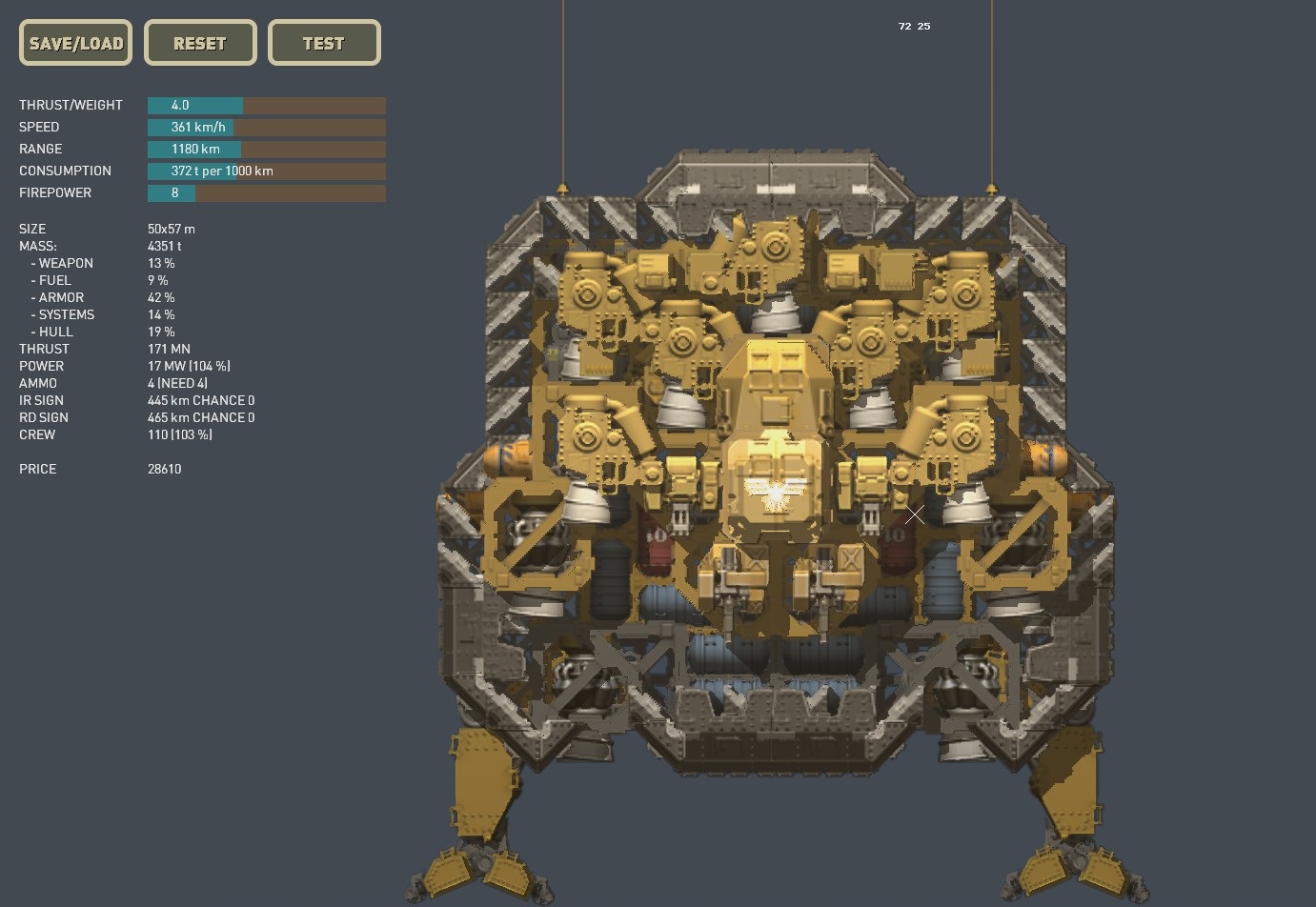 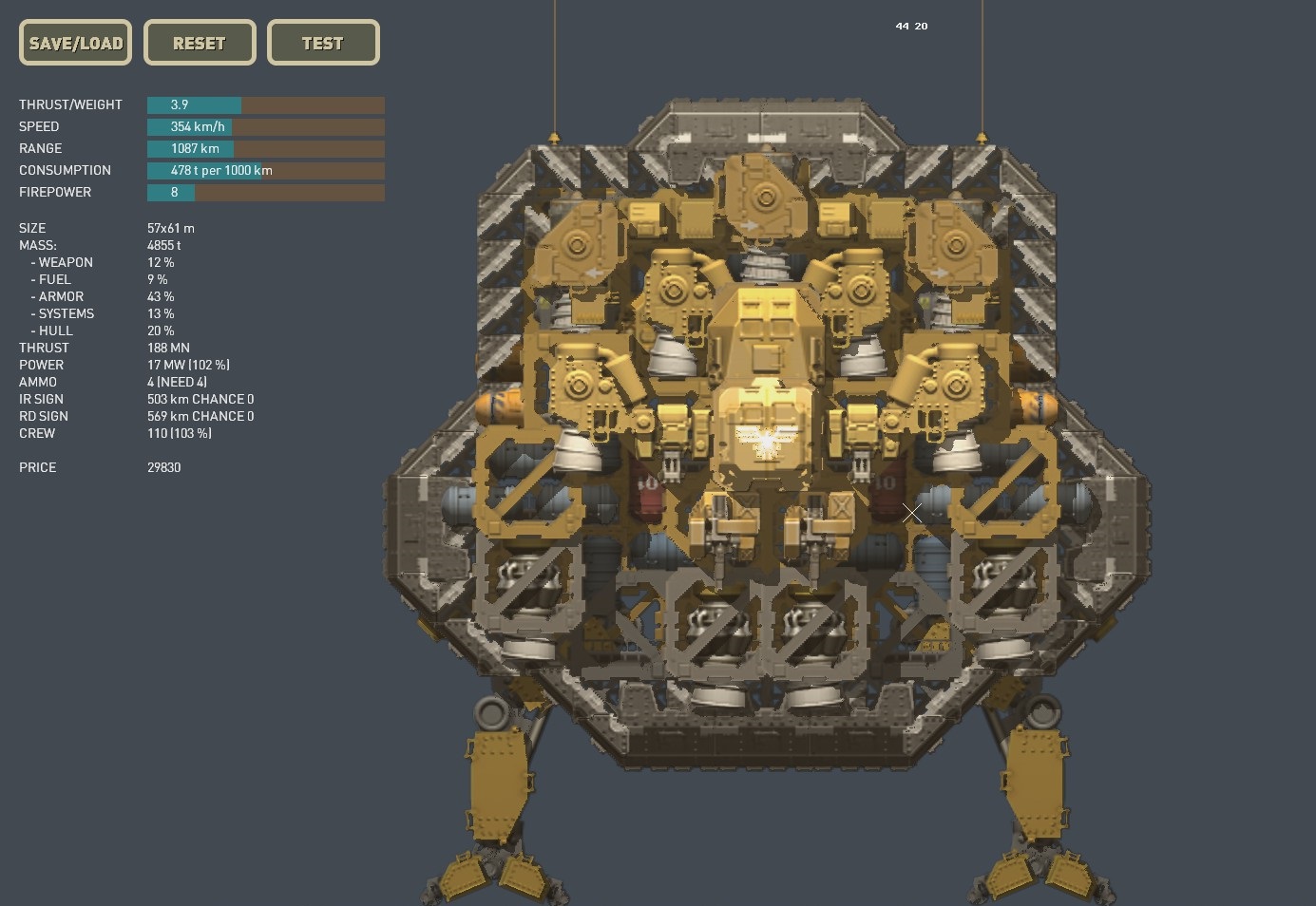 After thoroughly testing the Invictus, it became apparent that the fleet needed to complement each squadron with a Frigate that could do everything that the Invictus couldn’t do; namely shoot down missiles with CIWS while hovering on top of cruisers and punching through their heavy armor with AP or ATGMs. For that the Immortals needed something with solid bottom armor and a couple of miniguns and MOLOT cannons. In comes the ‘Osprey’: A bona fide top fighting artillery frigate, capable of bringing down any cruiser in any strike group with basic AP or laser guided 130mm shells from above, while being safe from their fire from down below. Available as either the mostly shielded M2 or the fully shielded M3 model. 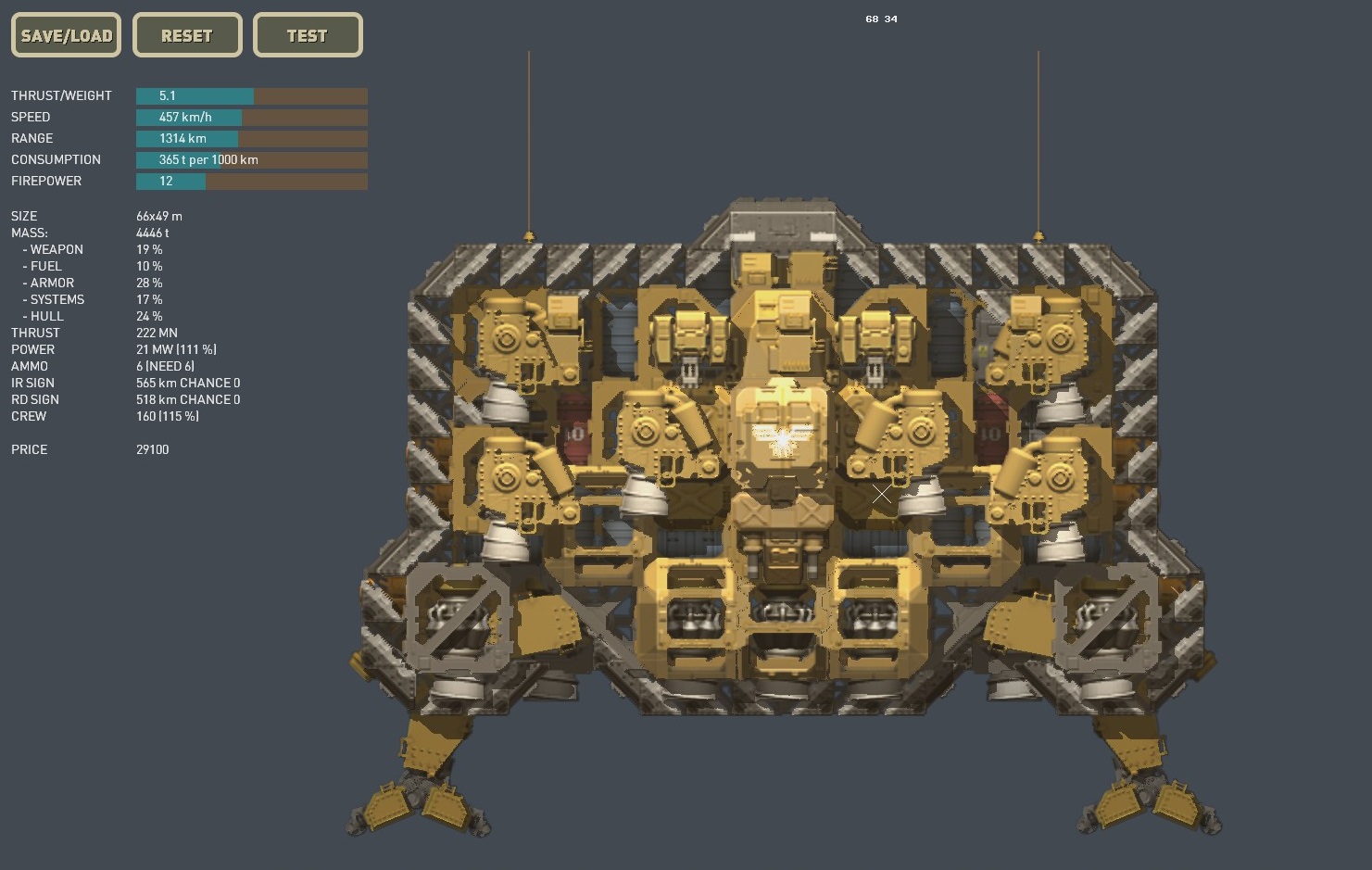 Perhaps the most highly regarded ship in the Immortal Fleet, the ‘Bloodhound’ possesses both speed and firepower and can easily fit into any role. It is certainly the most menacing ship to all who may one day stand in the way of The Immortals, and that is due to the amazing damage the MK-2-180 heavy cannon can dish out with all its special ammo types. The ‘Bloodhound’ can be used to hunt down trade caravans and easily bring down their cruiser escorts or sent to intercept missiles by flying ahead of the squadron, or simply used to single-handedly bring down strike groups with its massive 180mm cannon. You will not regret bringing it along with you on any expeditionary fleet, and your enemies will quake in their boots at the mere thought of fighting an Immortal ‘Bloodhound’. 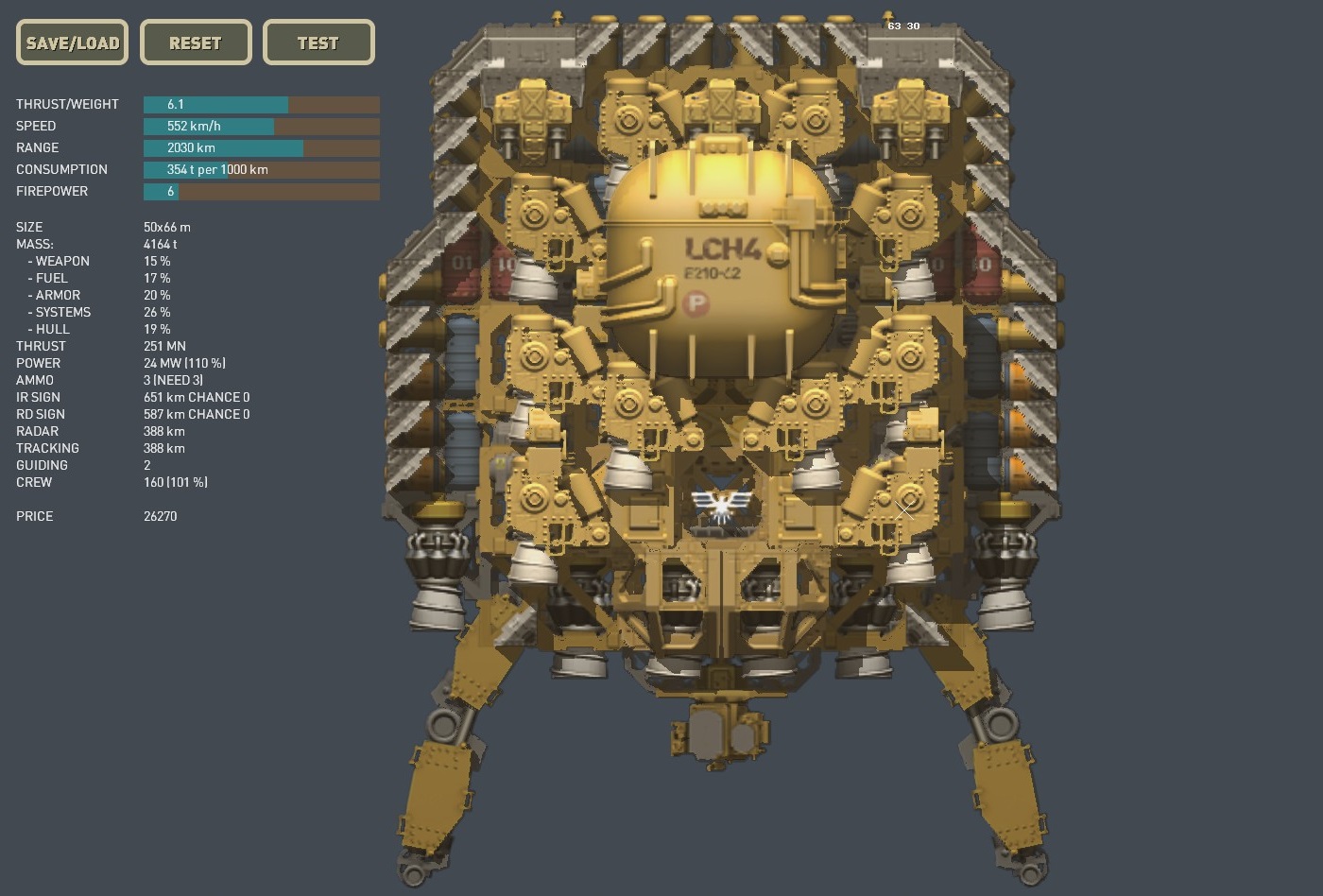 Every good squadron needs an AA defence ship, and The Immortal Fleet designed the ‘Jager’ for that purpose. The top mounted Fuel tank not only gives excellent fuel range and extended loiter time, but also protects the bridge and ammunition from diving rockets and bombs that might make it past the full array of sprint missiles or the 3 top facing AK-100s and their proximity shells. The multitude of thrusters placed on the ship also makes for easy interceptions of missiles and planes by allowing the Jager to fly much farther ahead of its fellow Immortals. A cheaper ‘Jager-DN’ model is also available without AA missiles or ♥♥♥, allowing for easy honor gains in early game for the “Ever-Ready” upgrade. The missing equipment can be bought at towns or borrowed from other ships later. 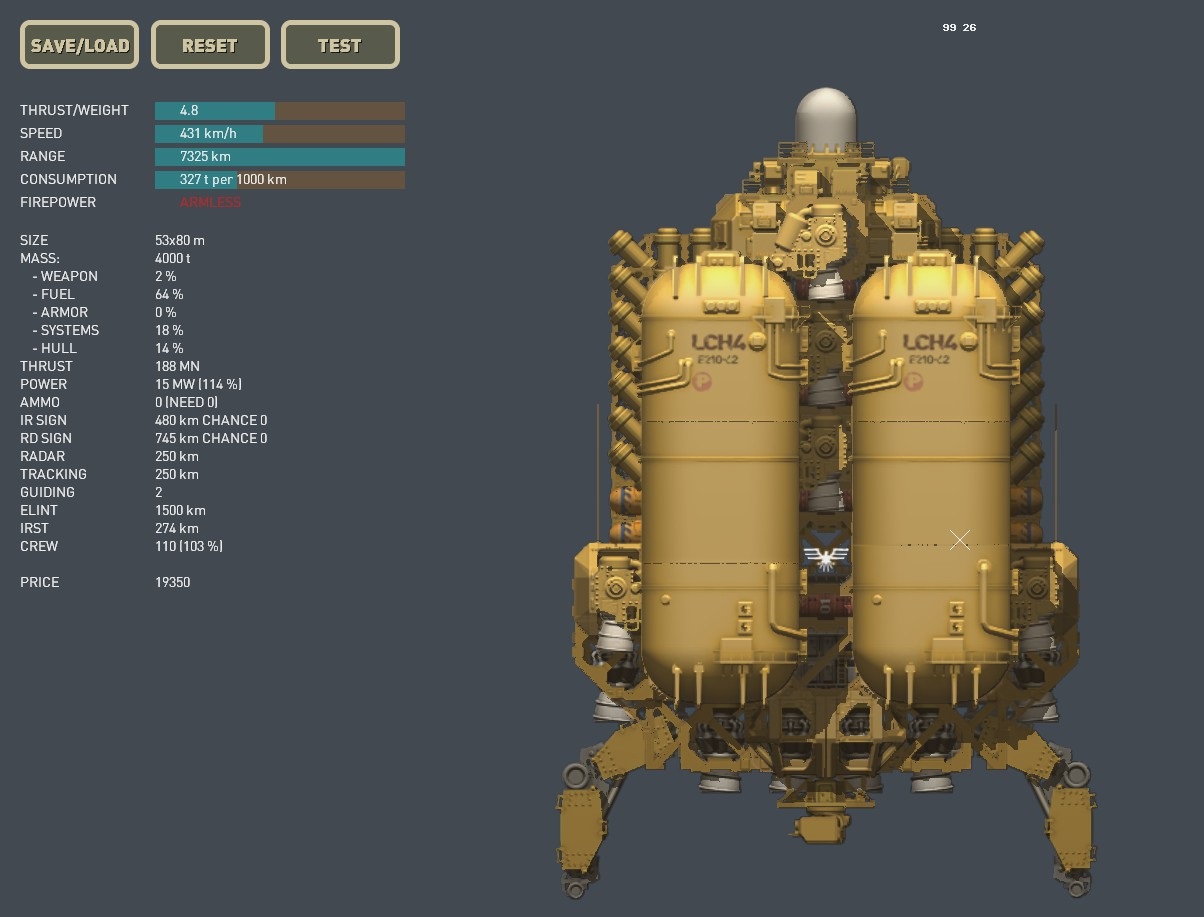 A full suite of sensors, a gigantic salvo of AA missiles and an enormous amount of reserve fuel, the ‘Caspian’ is the apex of all support tankers, and that is why it is the only tanker worthy of refueling the Frigates of the Immortal Fleet. The huge array of side mounted Sprint missiles can either be deployed against air targets or dismantled and used to supply the ‘Jager’ with extra sprints.

The Immortal ‘Borealis’, deployed as a much cheaper and much better equipped version of the Sevastopol, not to mention 2.5 times faster with 150% of the fuel range. While not able to go head-to-head with enemy cruisers like its predecessor, The ‘Borealis’ can easily outrun them and defend against any long-range attack with either its 8 jet fighters or its many Sprint missiles. The money saved by removing all high-caliber weapons from the flagship can instead be spent on an Osprey or Bloodhound that can defend it in close range combat, as per Immortal Fleet doctrine which states the most honorable battles are fought with ships no larger than a Frigate.