Accepting the reality of microtransactions.

Credits in Halo Infinite are the virtual currency that allows you to get cool but unnecessary stuff for your Armor Cores, weapons, and vehicles.

The common gamer also knows "Credits" by the names of "evil microtransactions", "greedy developer cash grabs", and "Halo V-Bucks". But in this guide we will only be calling them Credits, or CR because everything needs to be shorter to sound professional.

Why Do Credits Exist? 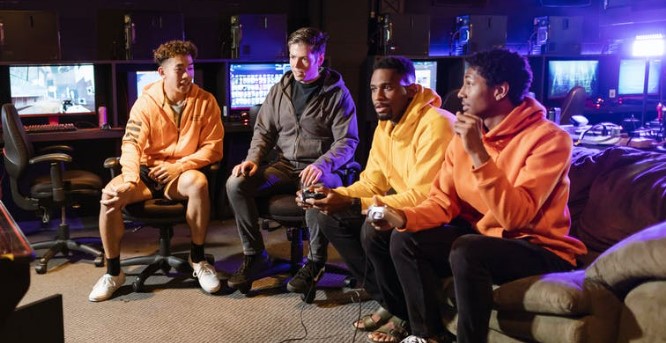 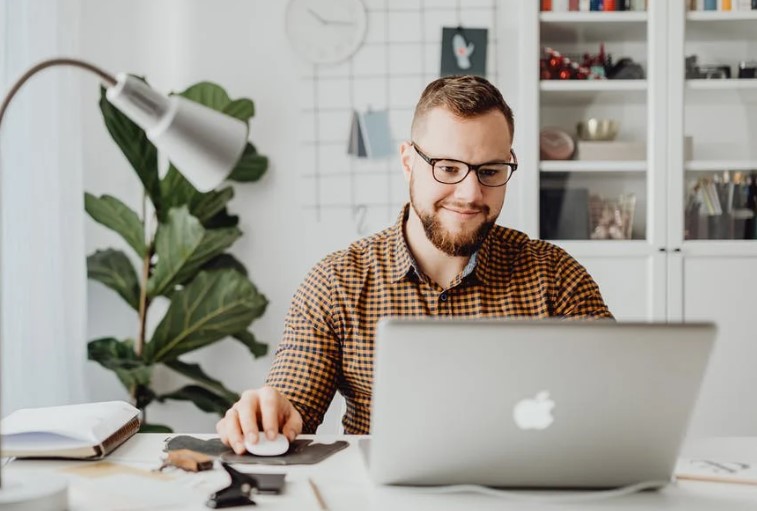 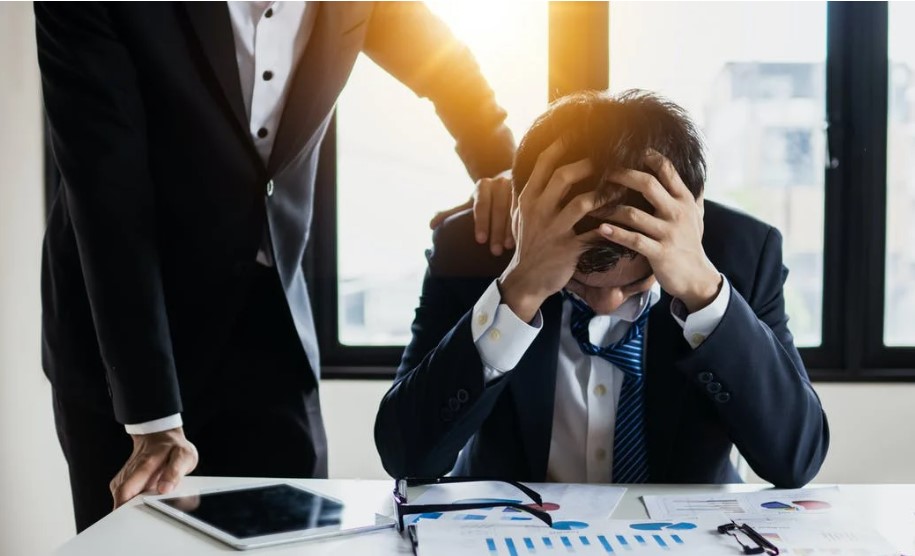 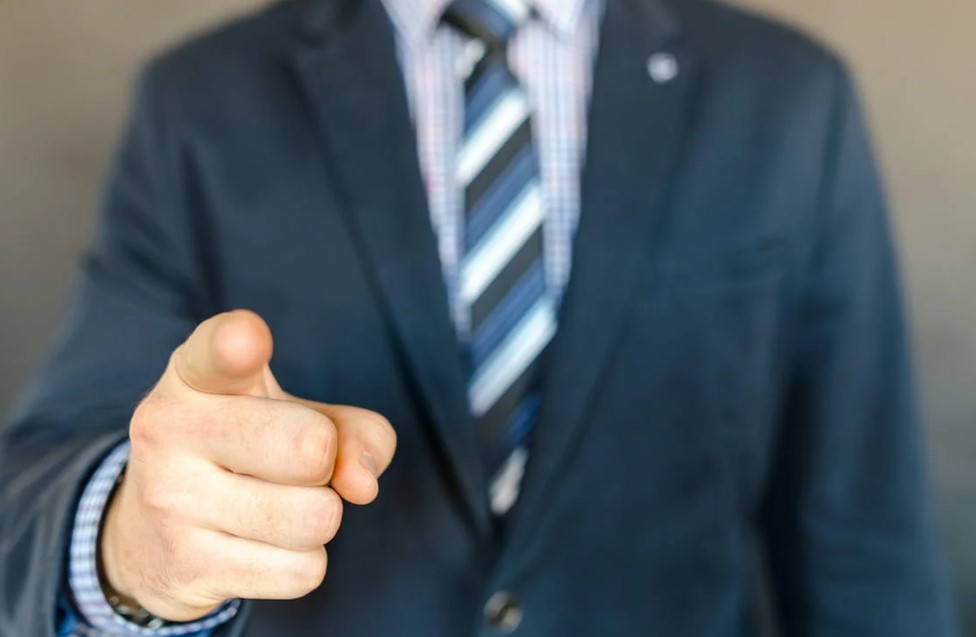 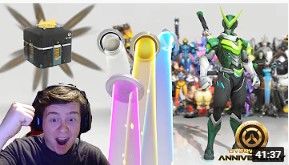 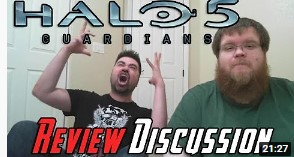 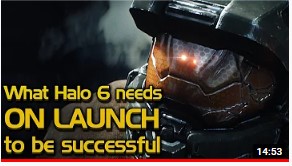 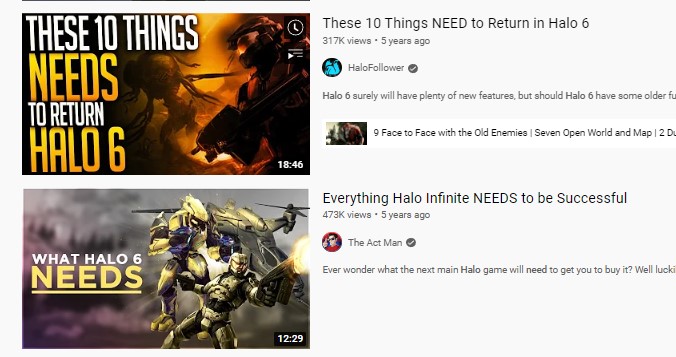 Contrary to popular belief, video game developers are actually not out to get you. They are simply hired to perform their jobs and build a project that can be sold and enjoyed.

Most people believe Credits were introduced to Halo Infinite as an evil scheme to intentionally make fans unhappy, or to milk gamers like endless trees of money. But that simply cannot be farther from the truth.

If you are a member of the majority Halo "fandom" who remembers playing Halo 3 at the most nostalgic time of your life, that means you are very likely a working adult by now. And you should, hopefully, have a fair amount of experience in the act of "having a job, providing for your survival, and engaging in active consumerism" (more commonly referred to as "adulting")

In your own practice of adulting, think of the days you really didn't want to be at work, or your team was just a pile of idiots who couldn't get the job done. That is, according to most interviews and inside info, the life of a full time game developer. A job that seems super fun, but is just a ton of corporate organizing and monkeys throwing ideas at the wall.

Creating a game on this scale is tiring, exhausting, and highly expensive. And if you had to work with the same team of morons on a project stuck in development hell? I'm sure you'd ask for a few raises along the way.

But most surprisingly, the true origin of Credits is not only from the collective business decisions on how tired game developers can both pay the rent and afford more coffee. It was actually, as a matter of fact, a decision made BY YOU.

When Halo 5: Guardians launched in 2015, the smartest business decision was to follow the newest trends in gaming. Specifically: LOOT BOXES! The most viewed unboxing trend on youtube of the year! But tragically, as soon as Halo 5 had launched, society had collectively decided they were bored of Overwatch and didn't like opening loot boxes anymore. Thus, the internet became OUTRAGED about the existence of Loot Boxes in Halo 5.

What came next was a shocking twist for the state of the internet, in the "adpocalyse" phases of YouTube. When political controversies began to arise on non-gaming channels, several big-name companies decided to stop giving their money to YouTube for ads, as they never had any idea if their money was going towards people like right-wing american maniacs, activists of racism, or straight up cult-like behavior. With Youtube creators as a whole now desperate for money, AND with the recent trend flop of Halo 5: Guardians? The Halo sub-section of YouTube gaming had no choice but to make ad friendly content of regulated feedback for the highly anticipated "Halo 6".

What did people want for Halo 6 (Halo Infinite)? What did the biggest, most viewed names in gaming plea out to the heavens for? What did the collective comment sections of fans decided they all wanted??? NO MORE LOOT BOXES!!! The discussion topic of the year!

There are not only several videos, but several comments and all, that have DIRECTLY ASKED FOR THE CREDITS SYSTEM.

When YOU went to the Angry Joe Show and Act Man comment sections, and MADE YOUR MANLY VOICE HEARD about how much you HATE loot boxes more than you hate racism? You bet your gaming activist a$$ the developers at 343 Industries heard you loud and clear:

"Dear 343i, I know your not Bungie and you have a history of messing things up, but Halo 6 NEEDS TO BE PERFECT for me to have your trust back! And in order for this to be perfect, we absolutely cannot have loot boxes! Loot boxes are the greediest, most trashy act of marketing in existence, and we are actively voting to make gambling in video games illegal! You have sucked away the money from too many parents of little fortnite kids, and given too many of my bros a gambling addiction! This injustice against us has to stop!!! THEREFORE, I DEMAND THIS! You can take all of my money if you can give me choice in my customization! I WILL PAY FOR CONTENT IN GAME if you guarantee there are no loot boxes!" - you in 2017, probably.

Credits, You, And Adulting 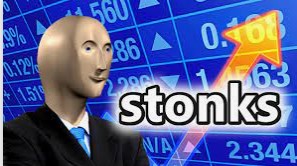 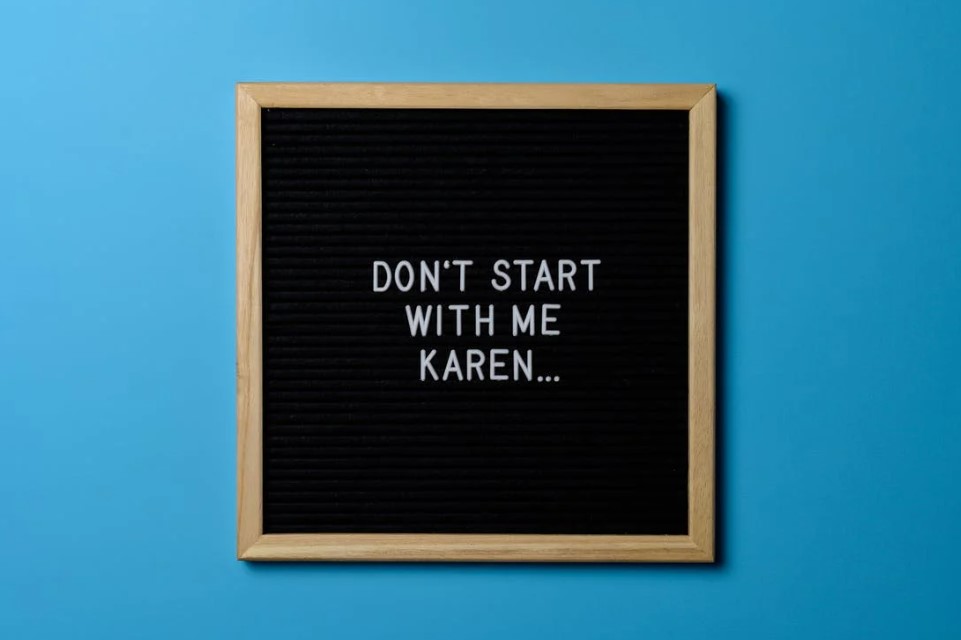 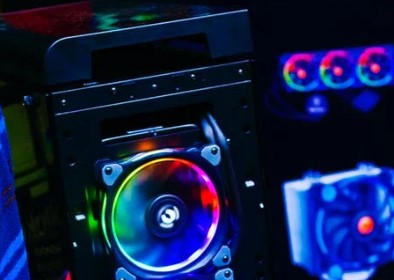 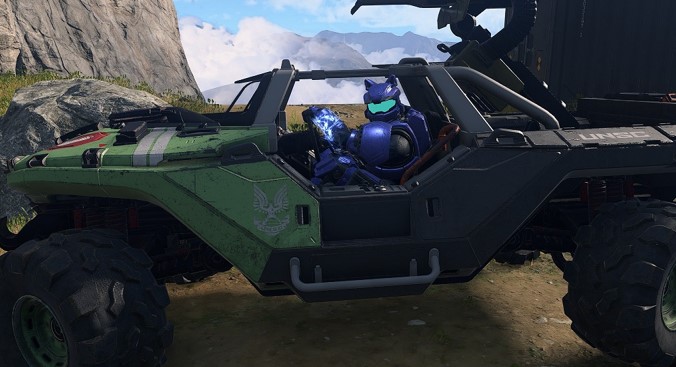 Let's face it. Life is hard. You have to earn money to live life, and it sucks.

But you know what money is also used for? Having nice things. That Hatsune Miku shaped plastic on your shelf that does nothing but collect dust all day and look awesome. That funko pop you just had to impulse buy the other day. That movie ticket you bought to go see Avengers with your bros. That extra side of fries you had to get with your epic gamer Burger King for epic gamers.

As a part of adulting, we learn a skill called managing you money. Do you remember in Halo Reach, when you were saving up for the Grunt Birthday Party Effect, but you decided to get that dinky little helmet attachment for the time being because it wouldn't hurt the long term grind? Think of that, but instead of Halo Reach CR gathered in a mindless grind of the same 3 matches, it's from the satisfying reward you get after a long two weeks dealing with karens at the grocery line.

It's been a rough week. Chad the maga-man threatened to stab Larry at the returns desk, and you don't know if that lunatic is gonna show up at your check lane next. Life is hard. And scary. You know what you need, for the heck of serotonin and the heck of payday? Something nice. Just a little $5 to $20 to make your day that much better.

This is when the regulated, ethical use for "microtransactions" can be super awesome! You know that figure you bought the other week on your shelf? Super cool, right? But heck, who's really gonna see it in your man cave to show how amazing you are!? You can't be the nerd king if you don't have any lowly peasants to flaunt your dragon's hoard of possessions towards! And, aw darn, it appears like the Tarnished from Elden Ring: you are, shockingly, still maidenless! Not even a 3D waifu will be able to witness your tremendous collection worthy of a crown!

But it turns out, there are plenty of peasants in a game called Halo Infinite. Noobs ripe for the harvest, and standard noble-6-looking normies who haven't even touched the customization. THIS, is your time to shine, king!!!

$5? You go equip those cat ears, bro! Show them all how embaressing it is to get nyan-ja'd [ninja'd] by a spartan with cat ears! $15? Behold the unlimited river of serotonin flowing into your brain as you destroy the weaklings with shinier skins than them, and even out perform a fellow king who recently bought the same bundle as you.

You know the satisfaction of gaming on your $800 4K monitor? Technically, besides your increased reaction times, the noobs have no way of knowing how fantastic you really are. They aren't aware of your newest graphics card and your insane RGB desk setup! But they can be aware of your Spartan that pops in a neon beaming visor and a golden weapon skin! And to top it all off, your epic gamer cat ears certified for epic gamers only!

When you work all day in that dumb uniform for most of the week - how many people get to really see your epic gamer bag covered in nerdy pins? How many people really get to see your new jacket you bought just before winter ended? Not many, surprisingly! But there are literally thousands of Spartans online who you can stun with your sense of fashion! 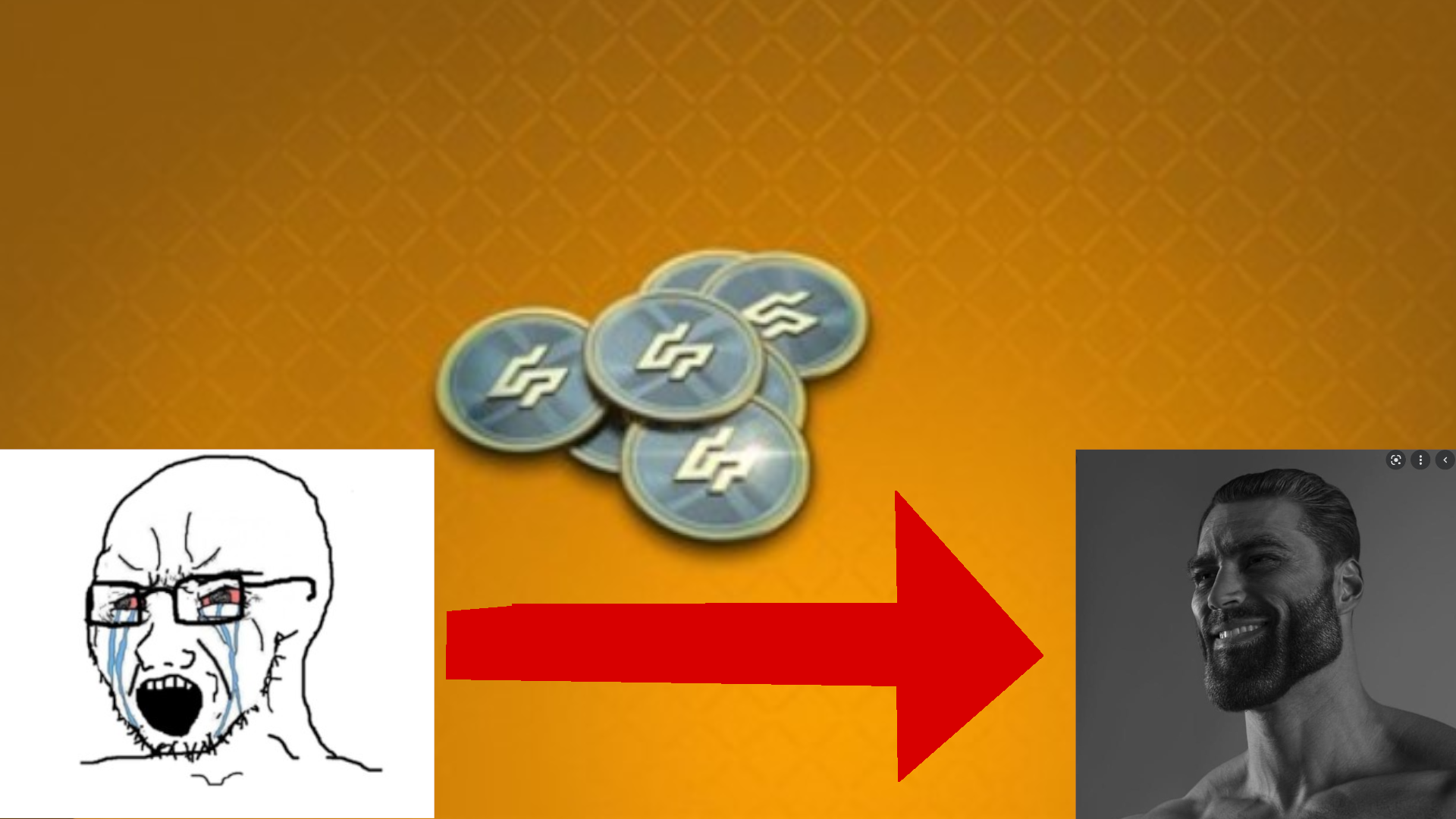 In understanding the value and gratification of Credits, there is a final important lesson you must understand: People are stupid.

The true value of Credits is the privilege of seeing them for what they actually are. They are a method for you, in your adult life, to make the nerdy degenerate choice of throwing a cheap buck at the developers of your favorite game; in turn rewarding yourself for the hell you have to go through in your full time job.

Do you *really* hate Credits? Or are you insecure that your 3D waifu left you? Seriously: what did Halo Infinite Credits do to hurt you!? Did 343 Industries show up to your door and kill your dog? Does every Credit spent go towards the Stab A Child In The Name Of Our Savior Jesus Foundation? HECK NO. The choice to spend money on Credits is your own, and a virtual set of nerdy cosmetics is not harming anyone!

Most people who believe such idiotic things like "these developers killed their own franchise on purpose" hardly know how to form an opinion of their own, and stole the idea from a fellow crybaby. Why? How? because MrSuperCoolClickBaitManChannel got 37 Million views of the epic youtube video "Why Halo Infinite SUCKS! | Gone Wrong! | Not Clickbait! | Rants Playlist #54798! | Part 2!" And now we have 37 Million wannabe gigachads sending death threats to game developers over........ an optional feature to improve your virtual fashion, in a way that is mature and only accessible to working adults who should know better!!!???????? In a fandom that is more than half the appropriate age to have developed a functioning brain in order to understand this!???

Next time someone tries to tell you all about how your favorite game is terrible, and 343 is the scum of humanity? Put your phone down, and close what ever app you read that on. You are a gamer, and you should enjoy the games that your are a fan of: not allow social parasites into your daily life and let yourself be manipulated by simple-minded complaints.