How To Play Potemkin

Mega "Anti-air Me, I Dare You" Fist 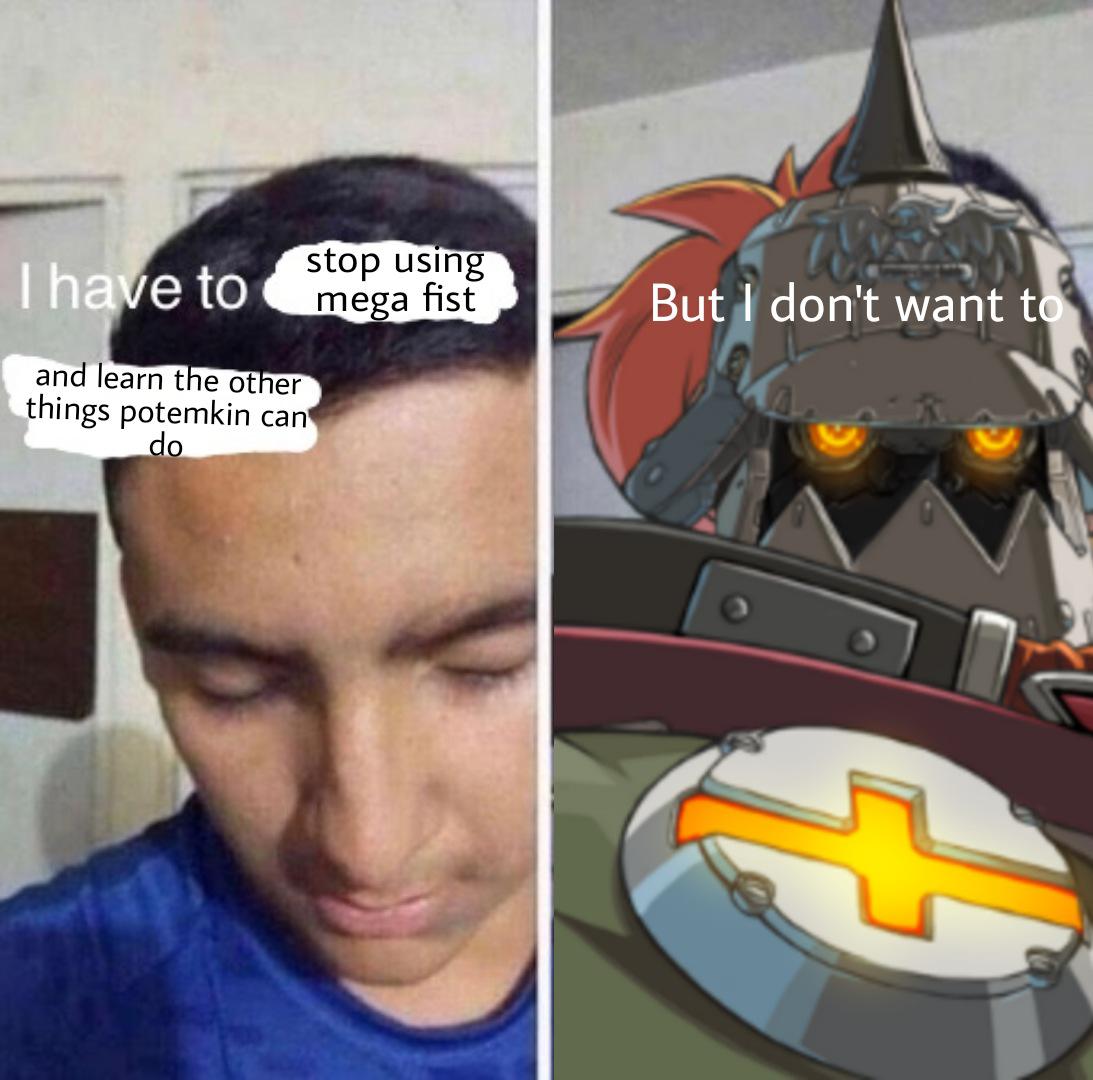 Become one with Potemkin and use Mega Fist to approach your foe, then roman cancel before hitting to bait a block and punish with a Potemkin Buster.

But no seriously, while spamming Mega Fist is technically a legit strat, Potemkin has so many other great moves that will make you feel like you are Potemkin himself, do not limit yourself to Mega Fist as an approach option.

Master the art of Hammer Fall and Hammer Fall Break so that you can get close enough to do Potemkin Buster on your opponent. Hammer Fall is also one of the best moves in Potemkins arsenal, for it will allow him to quickly approach opponents and can be cancelled into a Pot Buster (the first step to maining Papa Pot is to learn to do a Hammer Fall Break into Pot Buster). Hammer Fall also has armor and will take ONE (1) hit without being interrupted, getting hit a second time will stop him in his tracks. 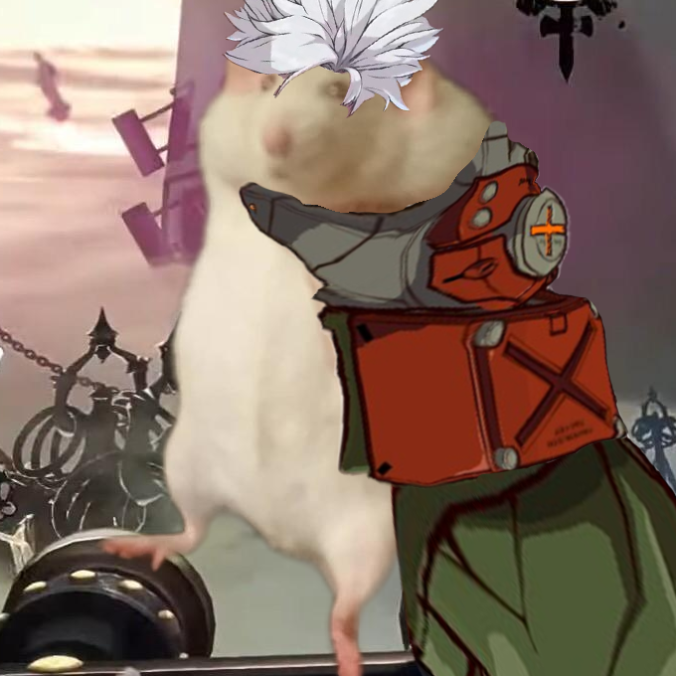 Heat Knuckle is your Anti-Air Potemkin Buster, it is useful and allows for some insane combos as well as an insane finisher, especially when done on a corner as it is a free wall break. Train timing your Heat Knuckle in the dojo against a jumping dummy, as well as moves like crouching HS which allow for an immediate followup into Heat Knuckle. Also, if this move is blocked, do not worry! For you will get a free Pot Buster for your troubles, though learn to time this EXTREMELY well for they could easily jump out and you will whiff and get punished for it.

Use your head, literally. Potemkin will show you just how smart he is by utilizing his big brain and body as a weapon of sheer destruction, and he has so no thoughts in his head other than to destroy his opponent, those thoughts unleash into an actual shock wave that damages your foes. Only use slide head if you think your opponent was not prepared, for the move has slow startup and is utterly useless if your opponent jumps, however on the bright side this has armor just like hammer fall, so don't worry about taking a hit! Also, this move is great for getting zoner's away from you if they keep pestering you.

F.D.B, Hmmmmm Did I Time This Right?

F.D.B, aka Flick Dat Back, lets Potemkin show that tiny little projectiles will not stop him from getting a Potemkin Buster in, learn to know when to hold or immediately use F.D.B to ensure Potemkin's armor does not get dirtied by any of his opponents meaningless party tricks. F.D.B can also hit the opponent, an optimal choice for dealing with those gnats called zoners. If you wish you can do F.D.B in the corner on a wall break to really humiliate them, after all they are in the way of your mission and flicking them into the next area will please Potemkin, for he is one step closer to his true mission.

Garuda Impact, Aka: A Way To Confirm Into Command Grab

Can you not see Potemkin is blazing too? Use this passion of fire Potemkin has and unleash it on your foes, then go into an Potemkin Buster quickly to really set in how much brighter your flame burns compared to theirs. 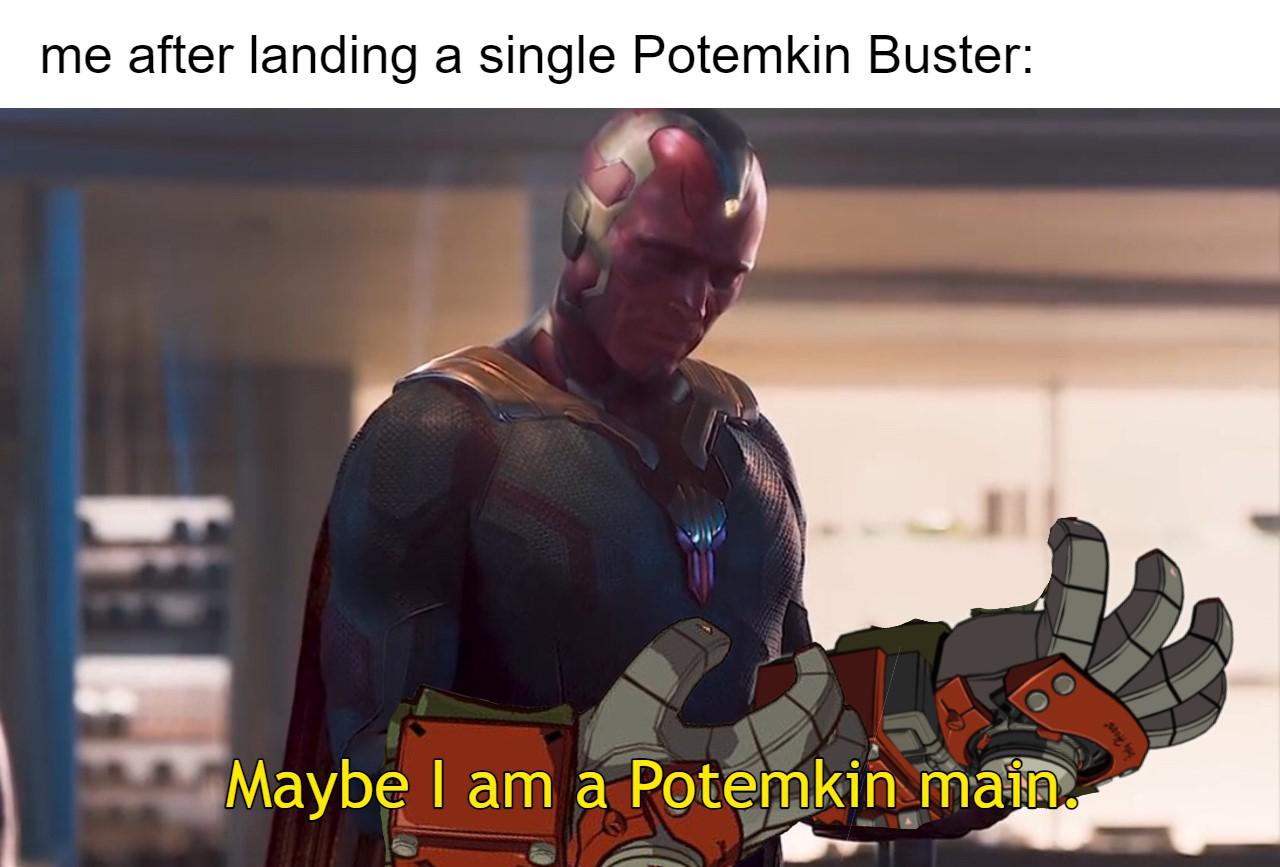 He doesnt call it the 47th assassination technique for nothing… All roads lead to Potemkin Buster, maining Potemkin means finding ways to get in a Potemkin Buster at least once throughout the entire duel, otherwise you're just neutral gaming, and should consider not disappointing Papa Pot like that, he suggests if you like neutral gaming to go play Ramlethal.

Do you like Pot Buster? Do you want a more flashy version that also deals a lot more damage? Do you believe in the one true god that is Potemkin? Then you will be able to use Heavenly Pot Buster, for only those blessed by Papa Pot himself can pull off this move at the end of a combo. Train yourself in the arts of Pot Buster and you shall master Heavenly Pot Buster. There is no greater joy in the life of maining Potemkin than to use Heavenly Potemkin Buster, well also doing a back-to-back Pot Buster, which is far more impressive and is the true calling of those blessed by the holy hand of Potemkin himself. Wait, what's that? You missed? Ah that's fine, for you see Heavenly Pot Buster will still allow you to move through the air freely, so you can use it as a movement tool if you fail to connect into your opponent.

Pretty good overdrive to use against projectile heavy or reliant opponents since it has seeminly infinite projectile invulnerability. Invincibility on startup so its a solid reversal tool when one is needed. Stays on screen even if you're hit, but does not travel across the entire stage, so mind your stage position. I don't use this move myself often since F.D.B does not use tension and punishes projectile spam as well. 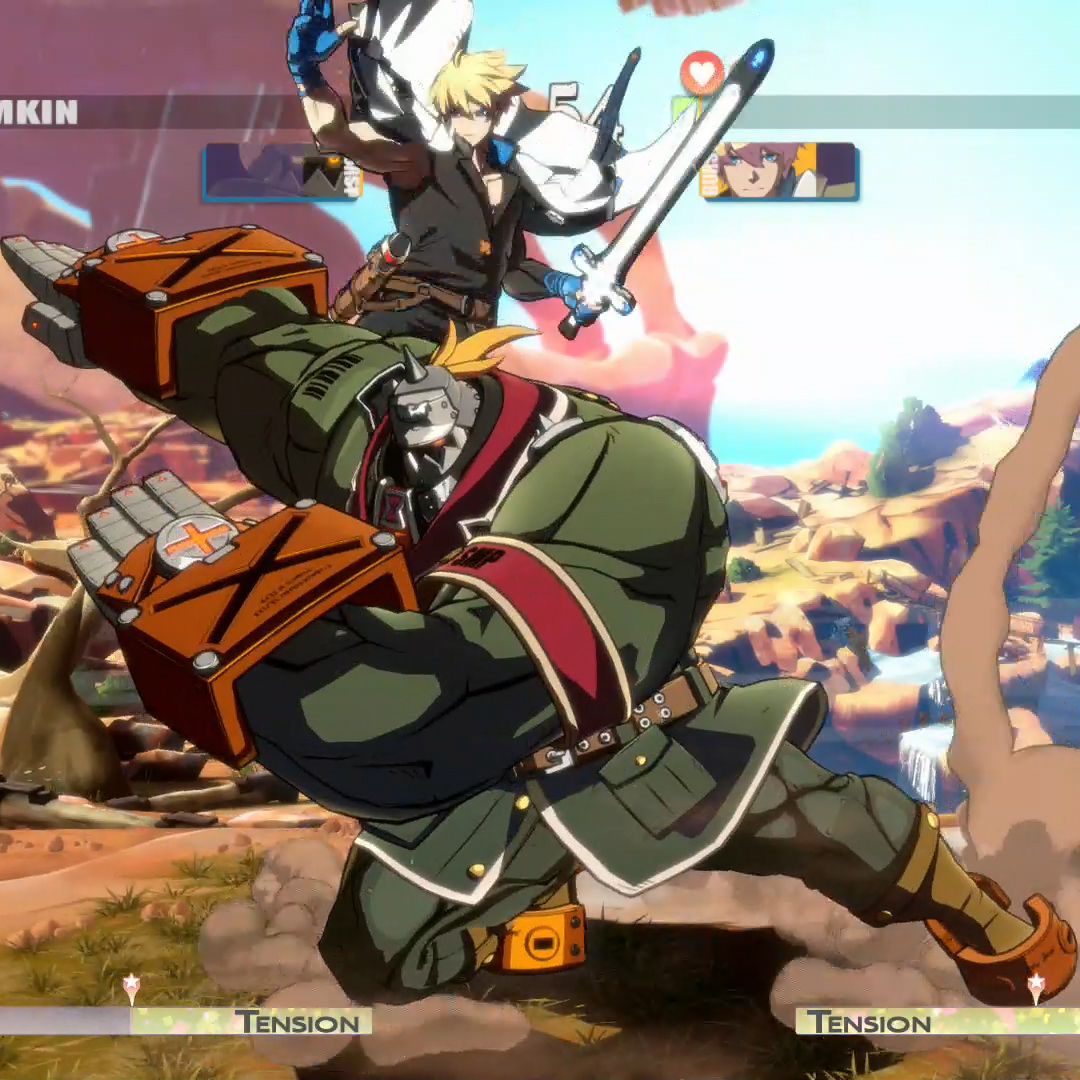 Yeah you pretty much learned the basics of Potemkin, now go play him immediately online without any practice in dojo to really show them who's the king of guilty gear around here.

Oh and one more thing, never EVER see this animation play