Not restful of messing 'round with settings and tweaks? Tust wanteth a consistent 30fps exp'rience without the game looking like a toad, ugly and venemous af?

"Stable" as of "even performance-taxing areas won't dip the framerate lower than 29 frames per second" and "the most consisten experience you can get while taking a dump".

Make sure to lock the framerate to 30 through Gamescope 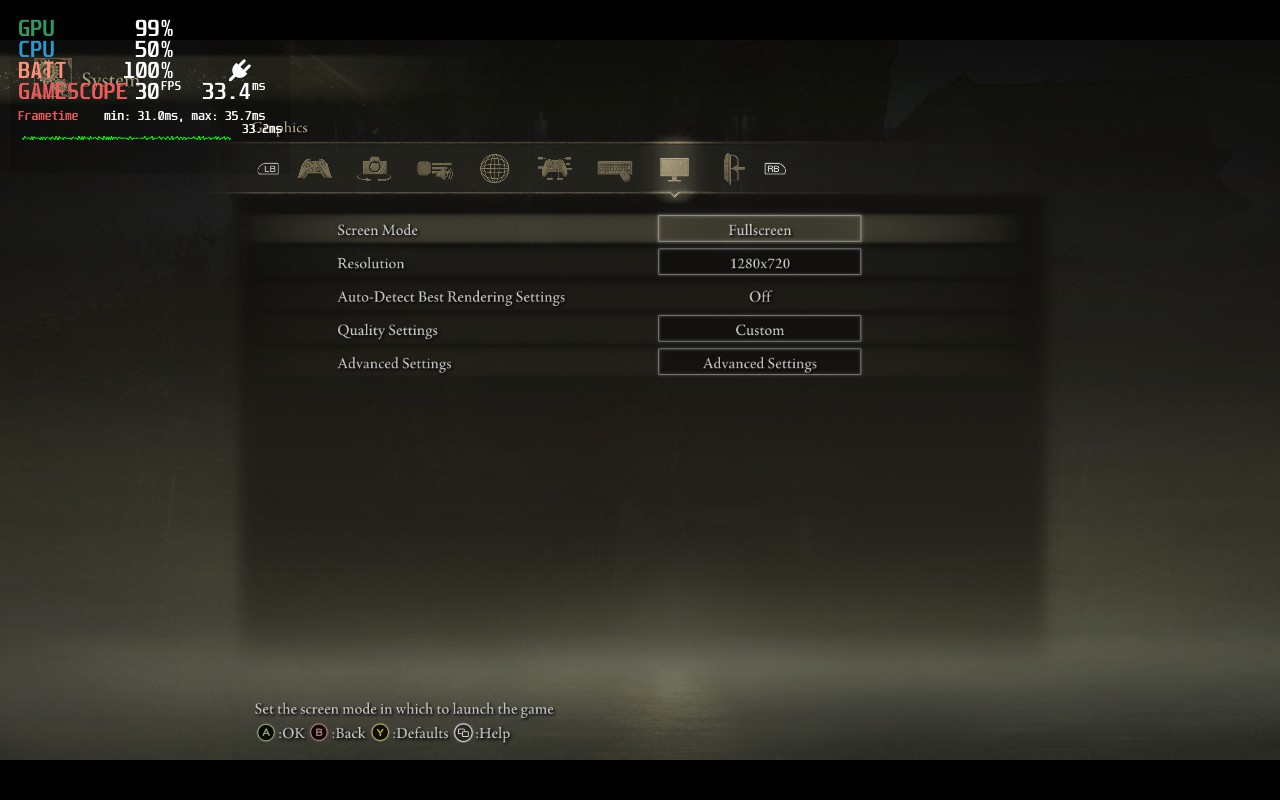 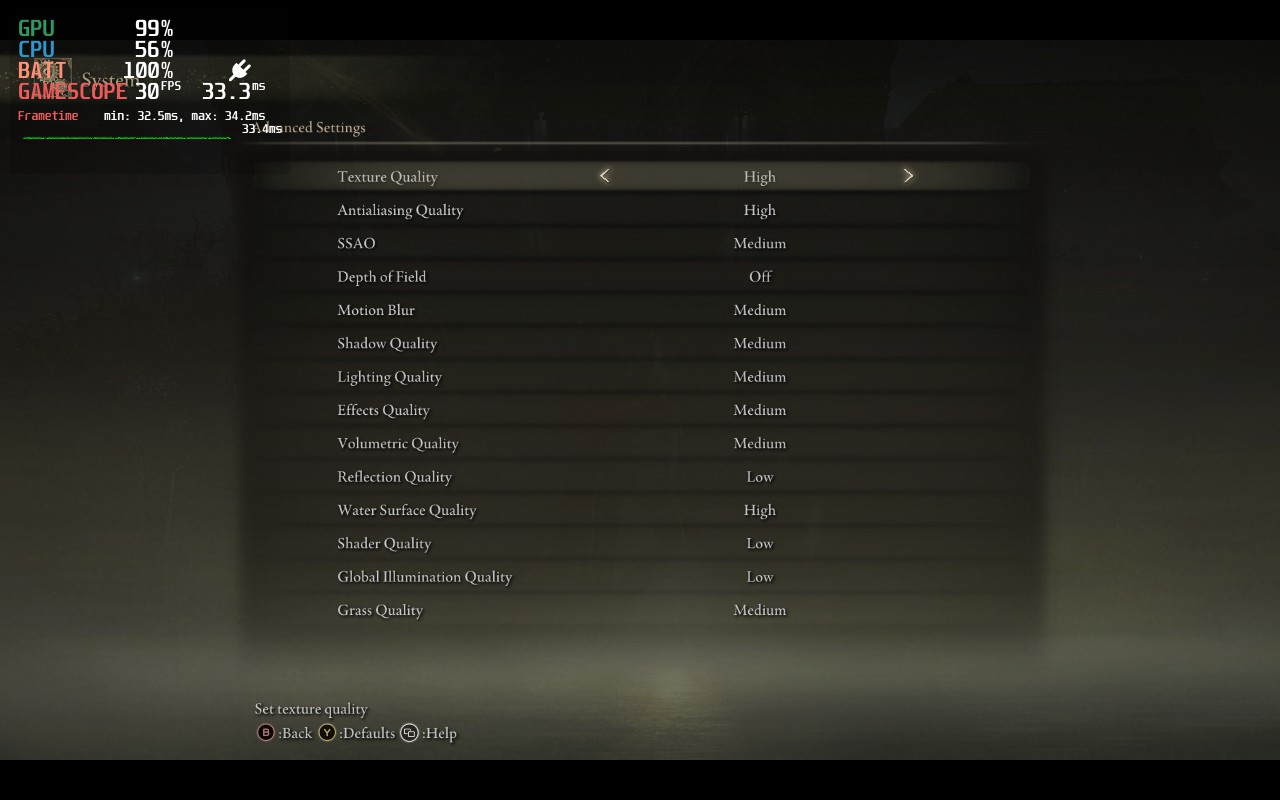 I also tried to mess around with various performance mods, like ER Patcher e.g., but besides the benefits of being able to mitigate network buffering (because of offline only due to EAC), having proper 16:10, you have to turn literally everything off/low, the res to 540p with FSR and need to be in the Beta channel to at least hit a somewhat semi-stable 40 FPS mark.

Sure, then you have 40Hz and essentially nearly zero inputlag (because you can disable the Gamescope's framerate limit) compared to the 30FPS limit, but the game looks ugly and no matter what you do, you'll get framedrops to 32-35 FPS.

Therefor I decided to stick to rock solid 30FPS with the most possible visual fidelity.

Please consider rating/liking this guide and commenting if there is any question!