I've found a number of players struggling against the Devouring Rage guardian and I understand why. In my first number of run-throughs, I thought he was the hardest to deal with. But, as I played again and again, I began to notice patterns and he soon became my most beaten guardian! I hope to give some tips for dealing with him to help you delve deeper into the temple! 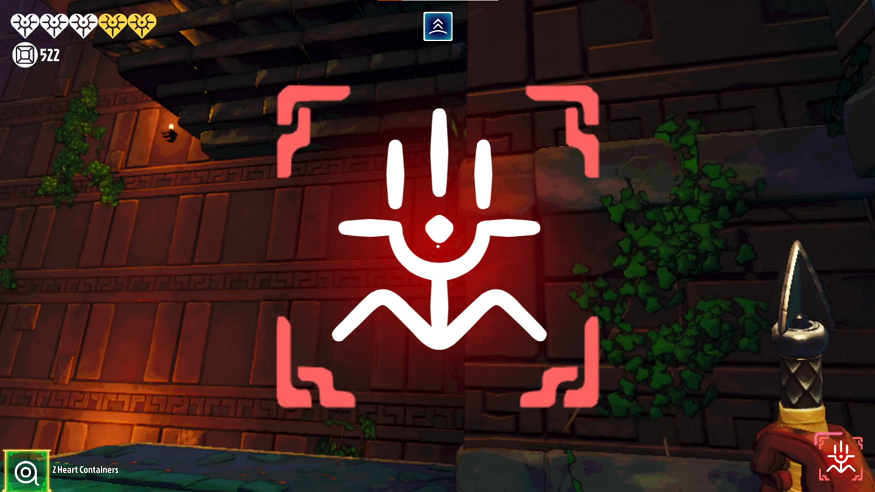 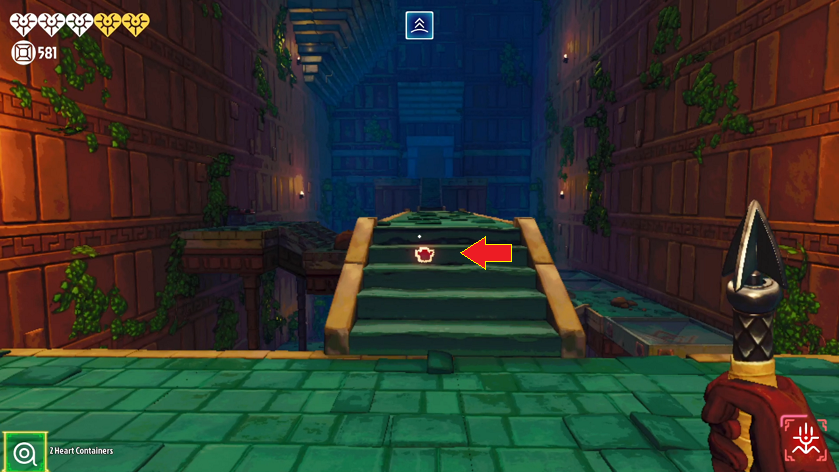 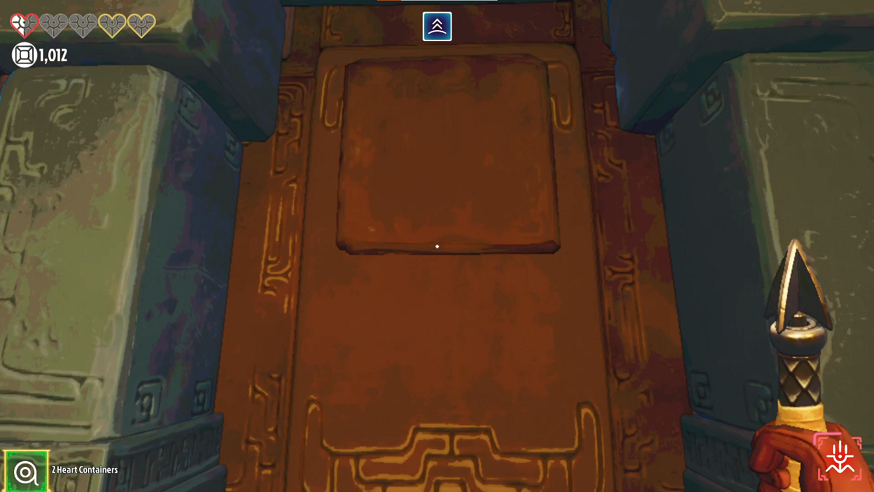 Let's start out with some basics. Most players will know these, but I'll put them them just to be safe

This emblem shows when a guardian wakes up and starts to harass you. ANY ROOM BEFORE THIS APPEARS IS "SAFE"!

Use this time search for treasures at whatever pace you prefer. There is no rush.

Well, now he's after you. Keep track of that little marker that shows his position. You may have more time than you think!

Finally, once that door shuts in the blessings room, you're safe! Catch your breath, you don't have to worry about him (except in a special case.... -> If you go through a whole level without him spawning, he'll spawn in the blessings room for whatever reason. You should be fine because you don't need to spend much time in there, but a warning just in case. )

Also, something to note, when you're in the blessings menu (after talking to the statue), the guardian will freeze regardless where he is!

As you might have guessed, being quick and decisive is important against Devouring Rage. You need quick whip placements and precise jumps. But besides that, a few things to help with your speed:

Spikes can be run over before they fully go down. Experiment, but if you want some examples, here's a few

You can whip chests! It helps when trying to grab them as you run past or avoiding jumping to a dangerous platform

You can slide down inclines. After running for a bit, holding crouch will let you slide down the entire ramp at a much faster speed than running

This more comes from playing, but choose your pathing smartly! If you can avoid traps with a whip or a double jump, go for it

You need to understand how the DR guardian moves. He charges at you with bull-like stubbornness. HE CANNOT TURN THAT EASILY, EVEN ON THE HIGHER DIFFICULTIES (though he's much quicker to recover later on). Use the oldest dodge in the book, position yourself far to one side, then run around him! Unless you've really messed up, usually you can get away with a quick dash away.

Words are not going to fully explain this. Below will be a couple of short videos from my most recent playthrough of a temple. You need to see how much space you truly have to avoid him, even in seemingly hopeless cases.

I'm not going to pretend brand-new players can pull all of this off. You need to be comfortable with the whip mechanics! But once you get the feeling of it, the DR guardian really isn't that scary. Keep calm, find your safe places to move to, and trust your abilities!

Anyway, enough of the blabber, here's the videos with some pointers underneath:

I'm not gonna pretend this beginning was perfect, I was feeling off at first.

0:30 I saw a hidden room in the bottom left, but going for it would be a bit too risky. So change where DR is attacking from to give you time!

1:00-1:10 I'll be honest, that was a fairly risky chest to go for, and I did panic a bit. I'll mention this a bit later, but taking damage is much better than instadeath!

1:45 Again, playing risky, but see how "wait to one side, grapple out" works? DR got close, but I made it out unscathed with the treasure. Also oof on the failed roll at the end.

Self explanatory, got past the spikes before they triggered thankfully :)

If you want even more, I put the rest into a single video:

DON'T FALL Putting this here as a warning, if you fall into a hole or get crushed, you may spawn back in the middle of the room.....right into his big mouth. This is so far the one and only time I've died at his hand. I was devasted! Learn from me pls <3

DAMAGE IS BETTER THAN... Sometimes, to your left is spikes and to your right....his ugly face. Better to run through the spikes and tank the damage than have your run end in an instant. You do what you have to to get through!

This is kind of a bonus tip, but if you're scared of the DR during the final rooms, well, you should be. Kinda? Basically, regardless of your health, he'll still instakill you and worst of all you made it to the final rooms. But not to worry, just follow all of the tips above! And here's a helpful pointer:

Devouring Rage will follow you, regardless on whether you've lit an altar and teleported back to the central room (unlike the other 2). A way to give yourself the most time is circle around the back of the altar and wait for him to get close. When you light it, he's stuck in place! Now you have more time to go to a room on the other side. 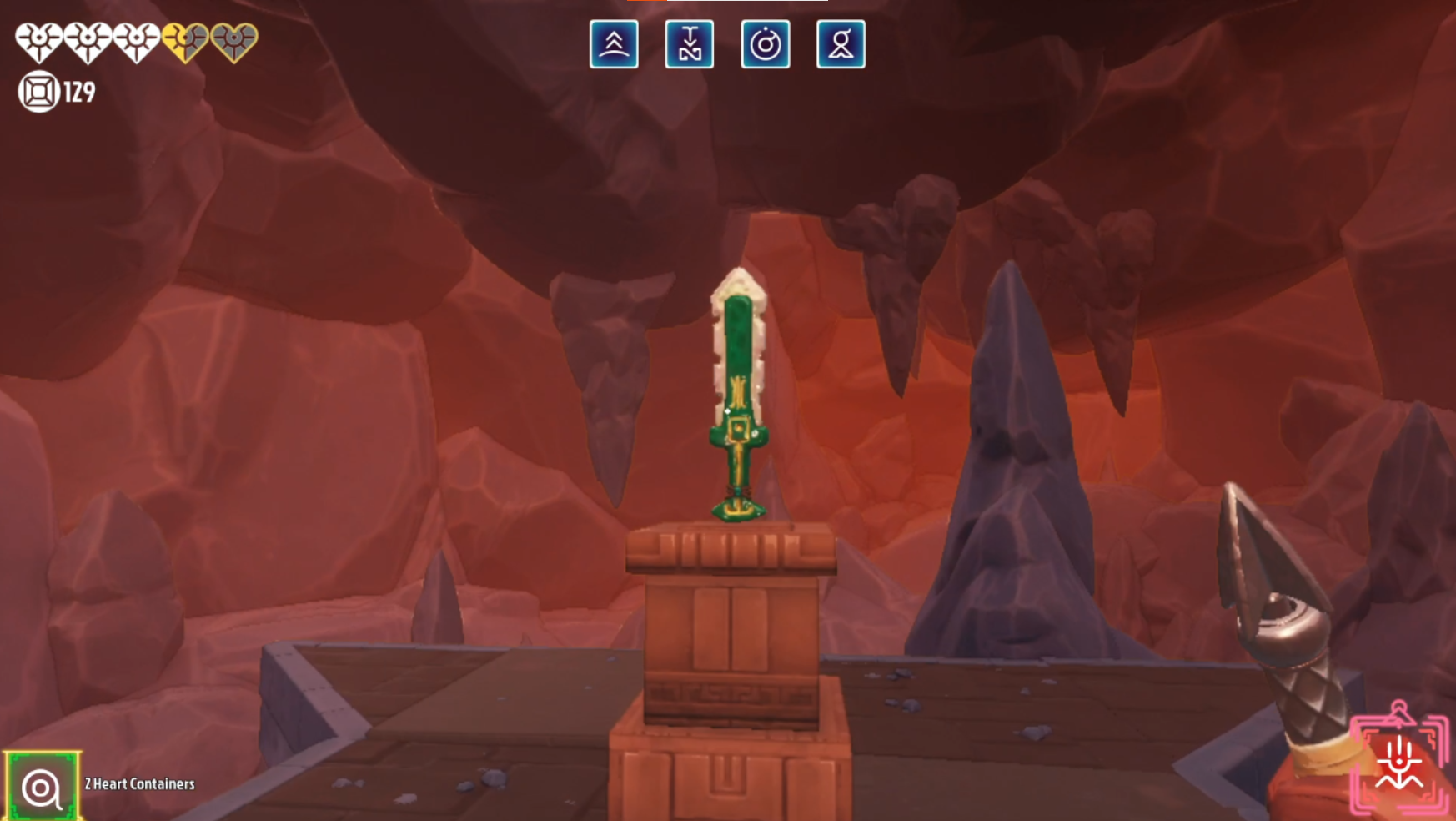 Hope some of these tips help you! Now go get those relics :D