Setting Up Your Arena 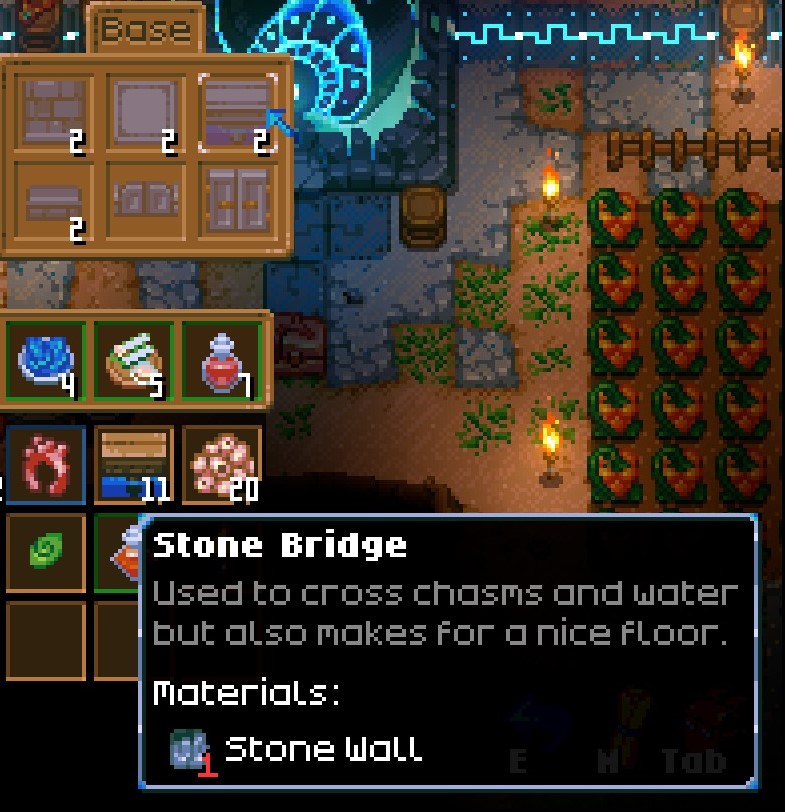 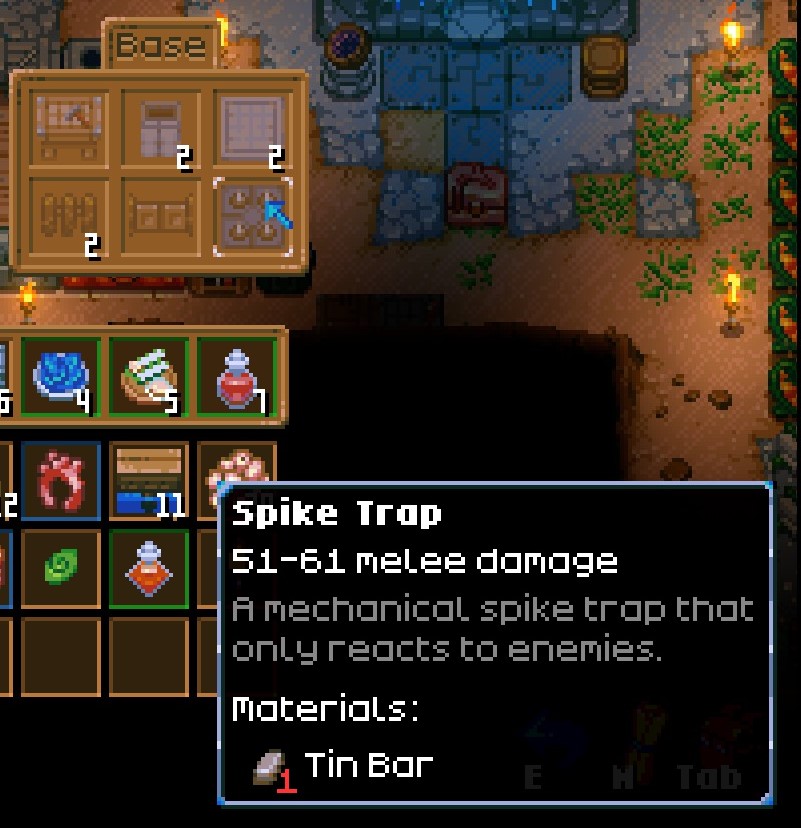 Craft a bunch of stone bridges which you can make out of stone walls in the iron workbench. The Hive Mother's ranged acid spit wont land on the bridges so you wont take constant damage. However you will still take damage from her hit even without the acid tiles landing so be sure to dodge her attacks..[b]You will also need spike traps, these are craftable in the tin workbench for 1 tin each, make around 25 or more depending on how big your arena is.[/b][previewicon=28153092;sizeOriginal,inline;20220708084211_1.jpg][/previewicon

You will also need spike traps, these are craftable in the tin workbench for 1 tin each, make around 25 or more depending on how big your arena is. 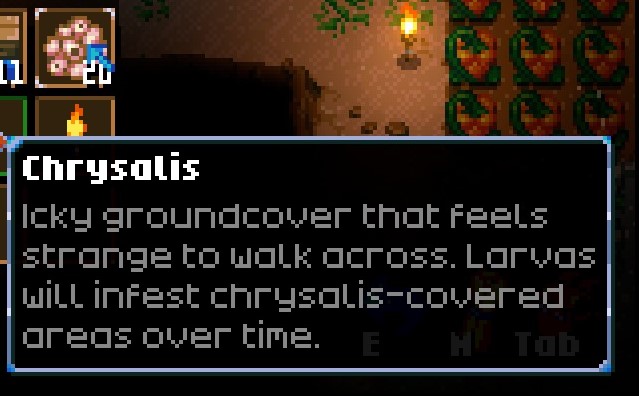 Mine all the chrysalis on the ground as they spawn enimes. This includes any other hive tiles on the ground.The less enimes, the faster this fight will go. Make sure you light everything up with torches, this will help you see the boss better.

Dig out a decently large area, make sure you have direct line of sight with the Hive Mother.Most

tiles aren't diggable so the first tile you can dig will be your trench.The trench will keep all the larvae from biting you.

Make sure you have this moat around you because the larvea can and will break walls to get to you. The void is the only thing that can stop them and the cannot cross diaggnoly just as the player cannot. You may have to trigger the boss's explosions to dig out the area or draw aggro from the larvea to dig out the area as most walls are un-mineable. 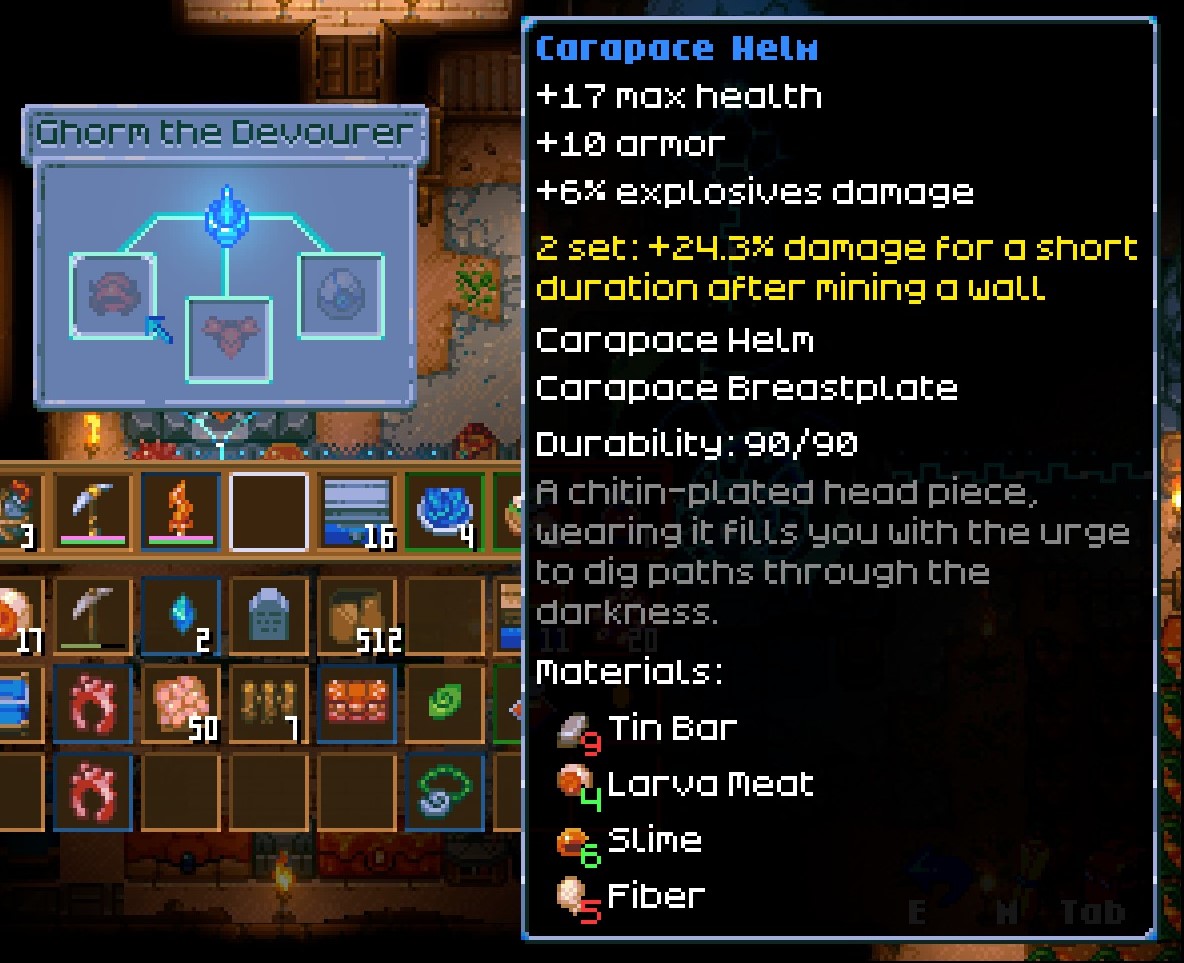 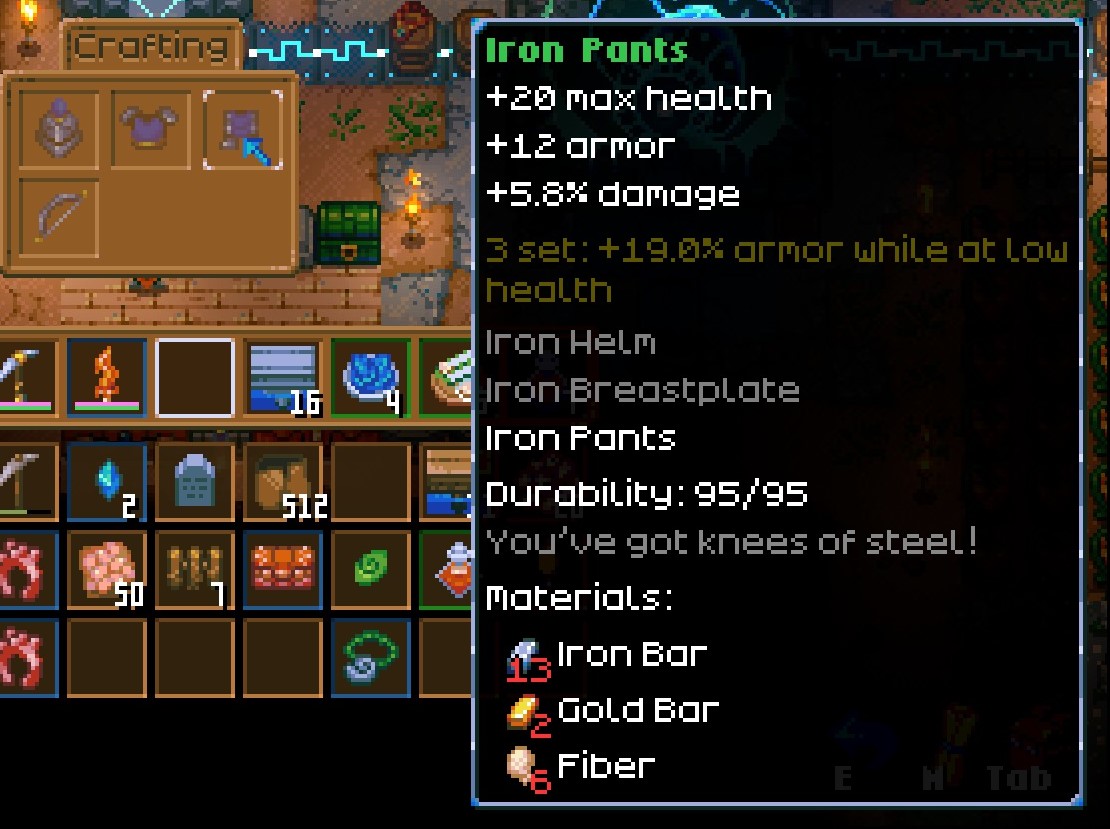 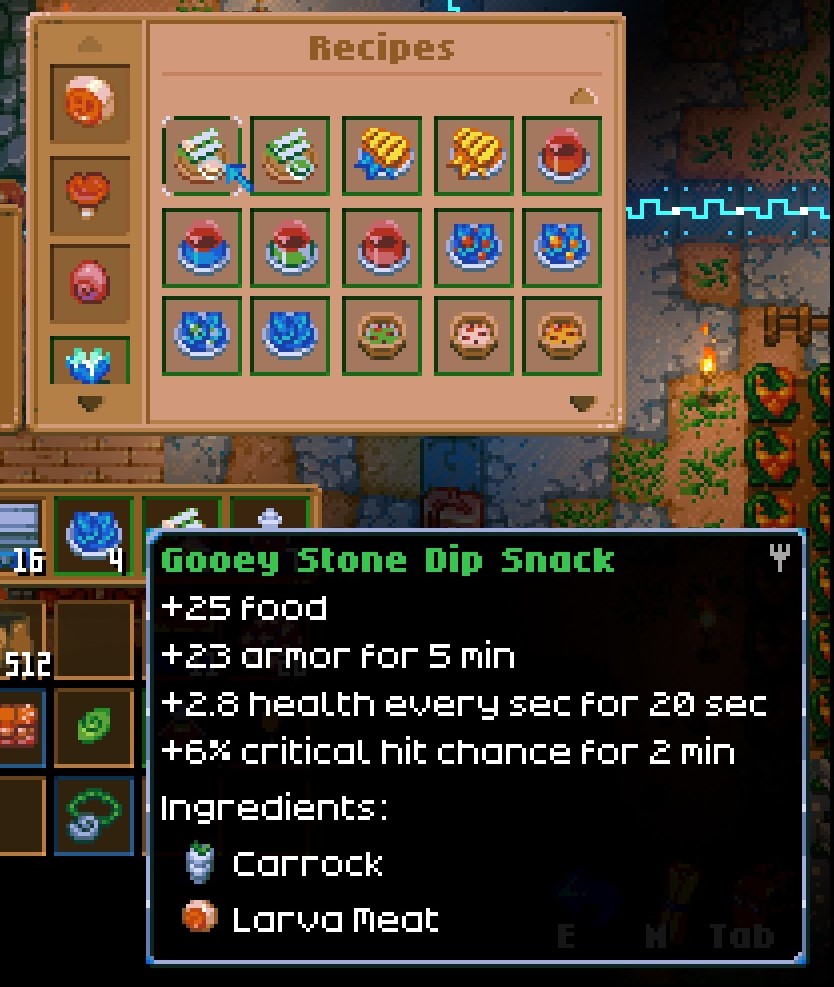 You will want to have carapace armor. Can be crafted in Ghorn's statue after defeating him

and iron legs. Crafted in the iron anvil

and some "gooey stick slime dip snack" for crit chance, health, and armor. crafted in the cooking pot

For your weapon you will want to use a flintlock musket, either have 2 of them or reinforce one.