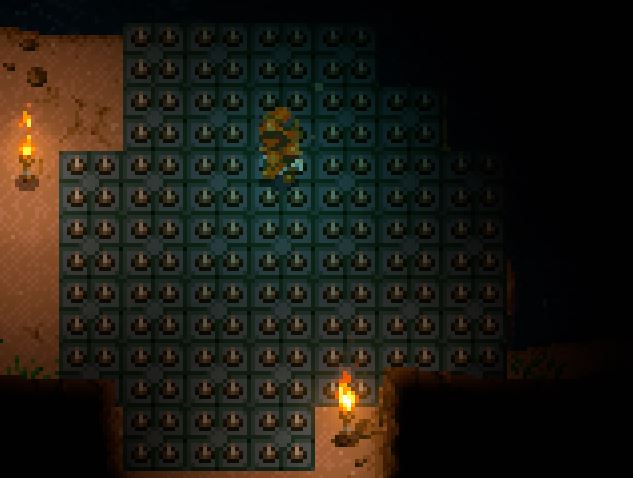 We will need conveyor belts, robot arms, Fugal soil, a generator, and wire. Now if we were doing this the right way we would put spike traps down on top of the Fugal soil and have the robot arms pick them up to bring to a chest.

You get the idea we can make rows and rows of these guys to get us our mushrooms, sometimes the Mushrooms will fall out of reach but that's OK if we put another row on the other side to mirror it.

or you could fill an area with spike traps if your OK with picking up the loot yourself.

But we don't plan on doing this the right way. 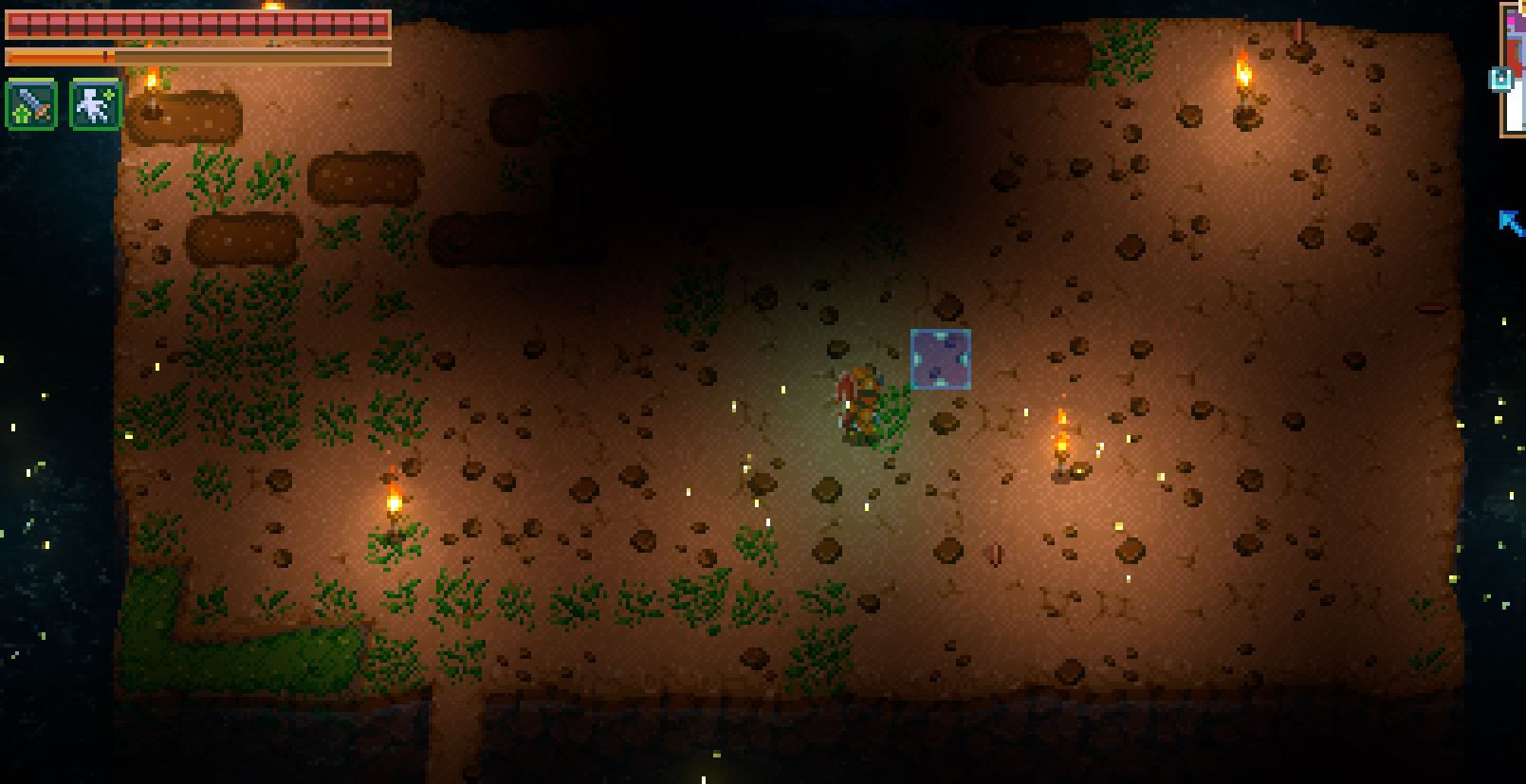 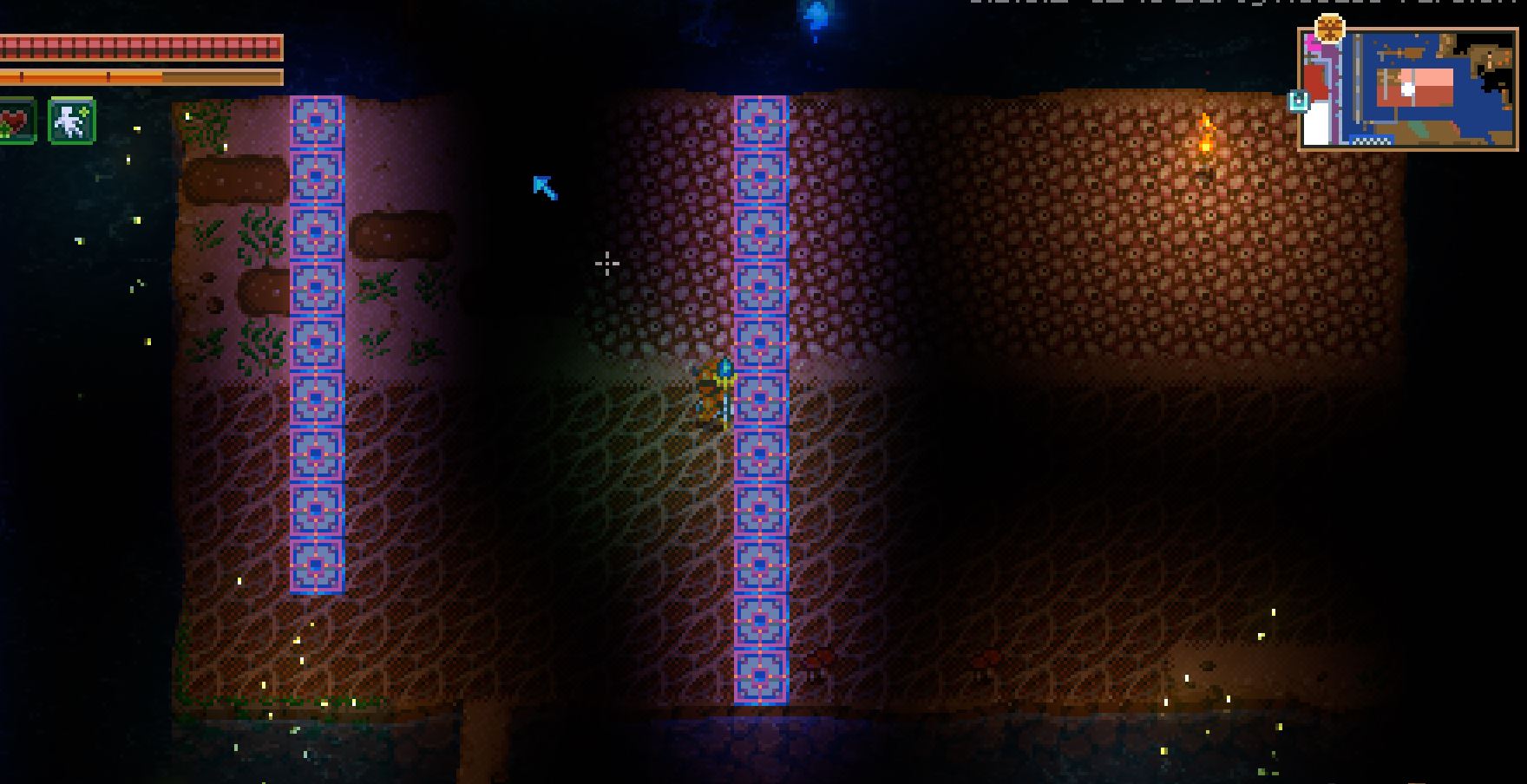 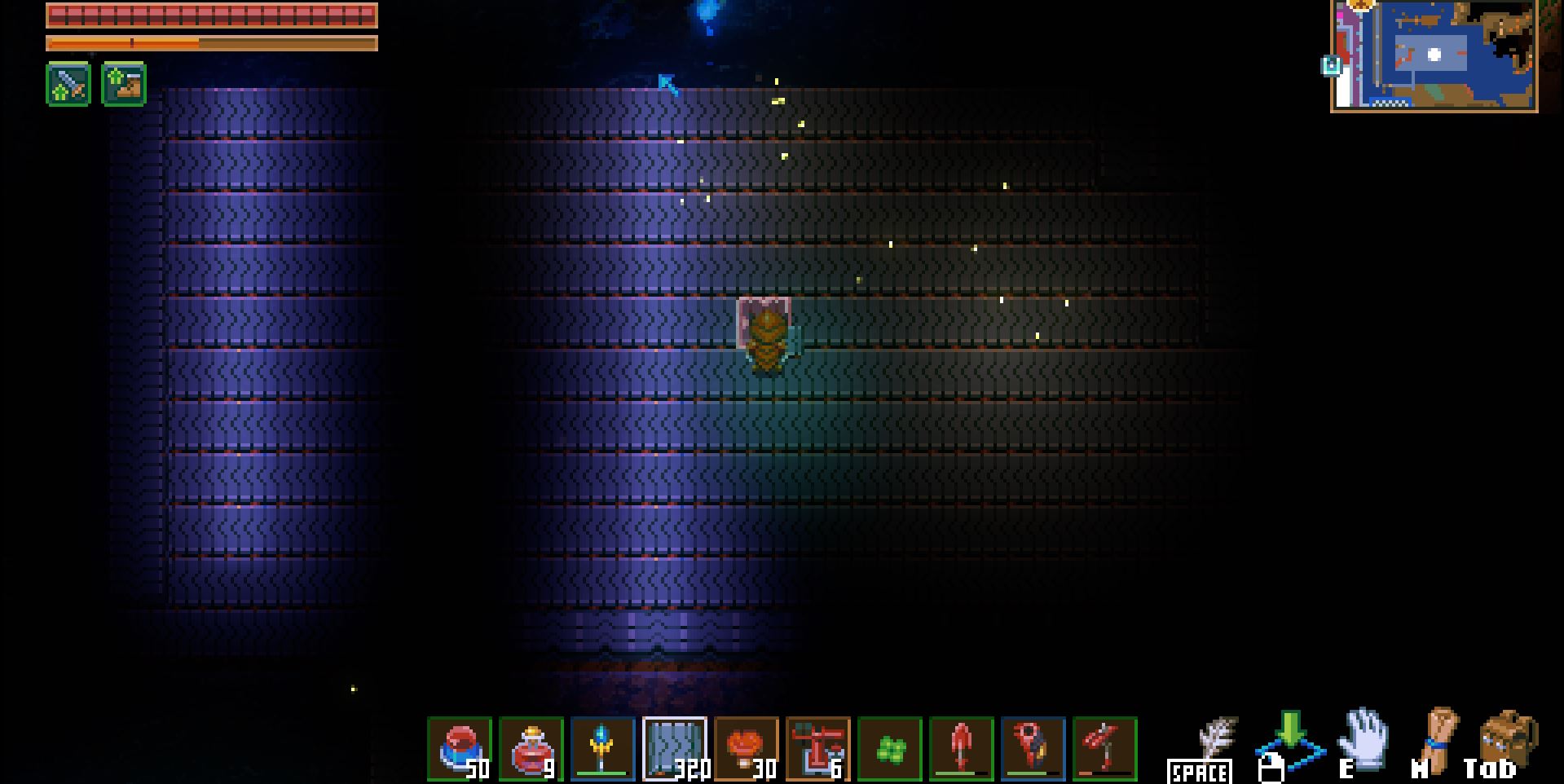 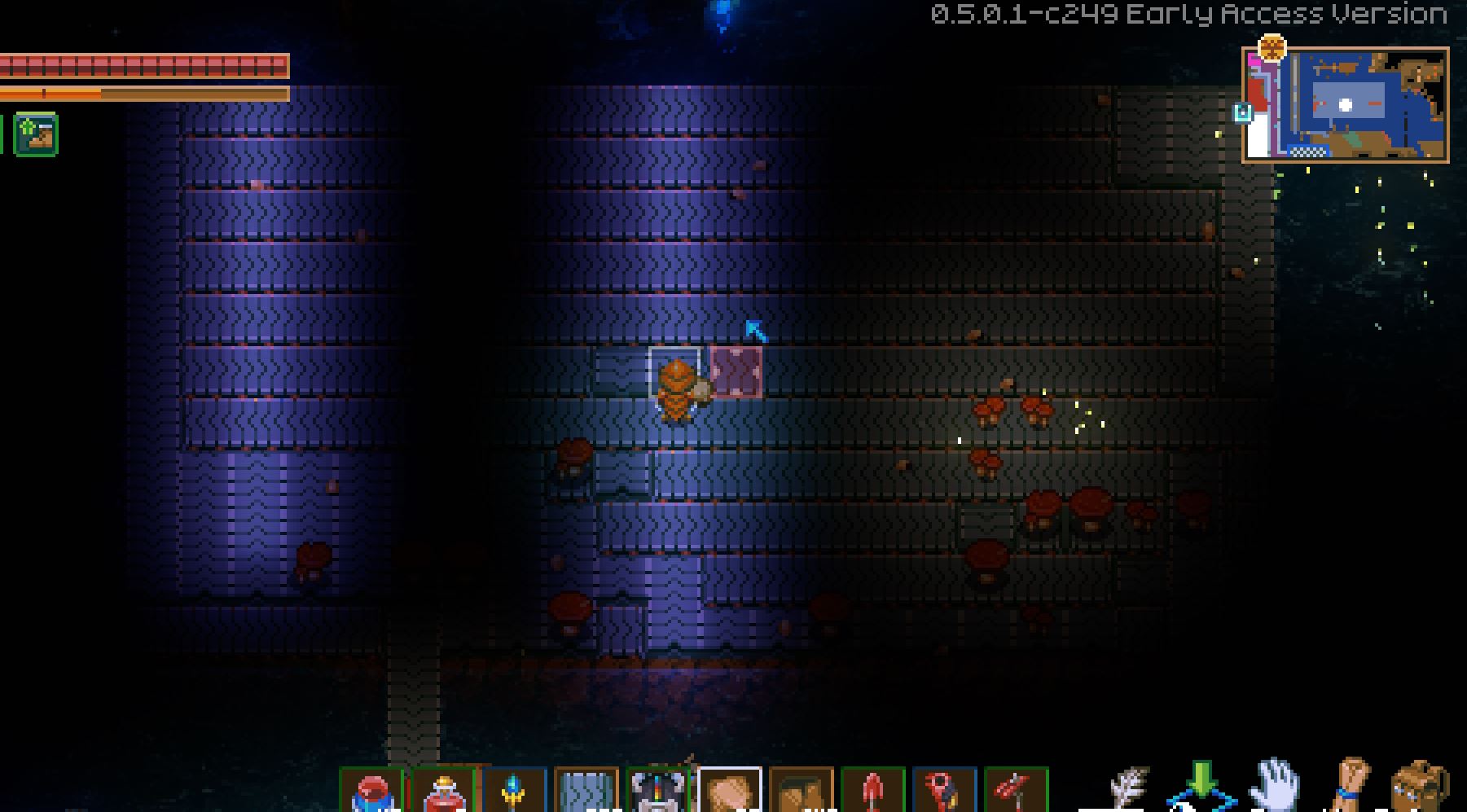 Now we will need one more item to do this our way. We will need Chrysalis,

see this spawn tile has a chance to make a big larva spawn, who breaks stuff like walls, ore, torches, etc. It just so happens to include mushrooms, that's right we are going to make larva farm for us.

First we will need to clear an area for our farm I recommend you make a small island. I dug four tiles in each direction in case something wired happens with the spawn(I might be paranoid) Make a bridge leading back to the mainland we will need that later.

After the area is cleared go collected any number of Chrysalis and Fungal soil and place them making sure the Chrysalis is on the far side of the area. I used what was left of my Glowing floor tiles you can get from the Sunken Sea Biome for light, its about to get dark. Don't put any spawning tiles on the bridge back, we don't want things spawning on that if we can help it.

Next we are going to cover the entire thing in conveyor belts, try to keep in mind that we want the larva to see all the mushrooms and we want all the conveyor belts to somehow end at the bridge.

Don't be afraid to play with it later if it isn't working like you wanted it too, like how I did.

They can go anyway they just have to all end up in the same place.

The End Of The Bridge. 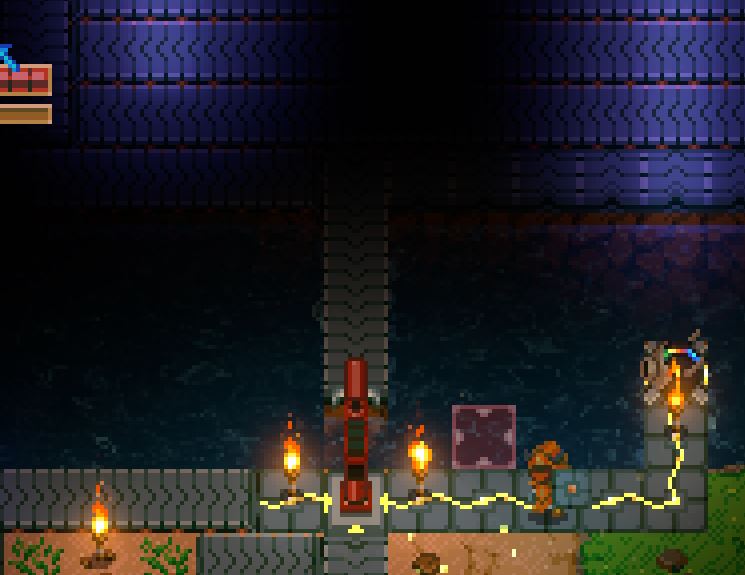 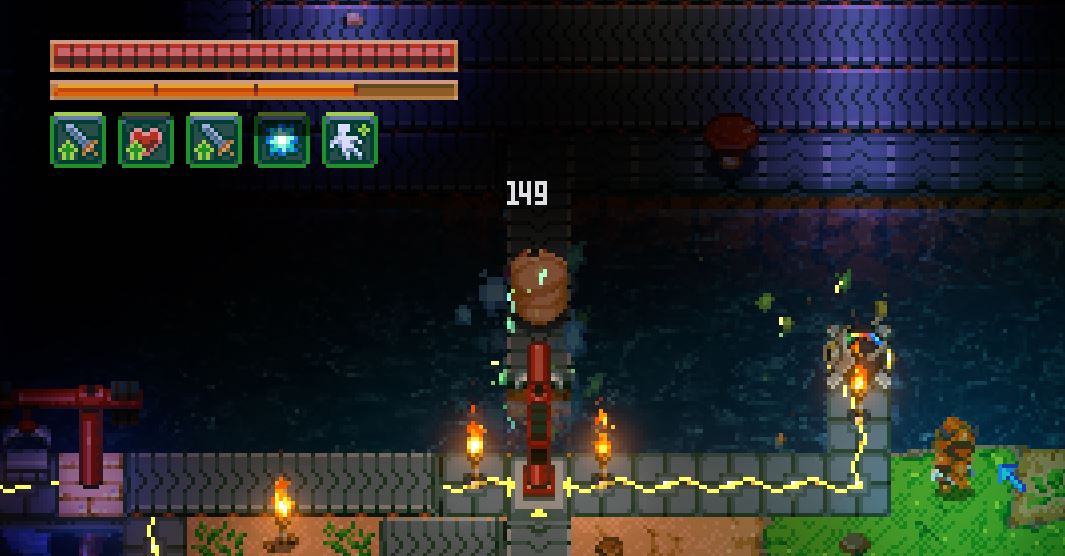 So far we have the area that spawns the mushrooms, and the free labor to take care of it for us, next we put it in a chest for future use. You don't want to have to keep checking the farm right, just for mushrooms? Grab your robot arm we will need it for the next part. Big larva like I said breaks stuff, well unfortunately that includes robot arms. That's OK we have a quick tip to fix this, one that can come in handy for future farms, Conveyor belts can move stuff into walls and over water or open space, and Robot arms can pick stuff up from those places.

In this case we will use no wall since larva don't have any ranged units and some eat walls (Cough Cough). Finally if you have made it to the Desert of Beginnings and got some ore to spare make a turret to get some bonus loot from the end of the farm and keep you from having to return to kill mobs that don't do their job.

You might want to make an extra conveyor belt going back in case loot falls the wrong way.