Battlefield has brought back player customization cards, and with that there are new tags we can display to showcase achievements. Most of these tags have specific requirements that you need to be aware of in order to achieve them. Meaning that most of them will not be obtained through typical game play. Since there's no way to access them during a round, I've put together this guide to provide a cheat sheet to refer to during your matches. I hope that you'll find this beneficial and I wish you the best of luck in your progress!

The guide will consist of in game screenshots from a 1080x1200 screen with the titled tag highlighted and the displayed text typed out underneath.

The tags are listed as they appear in the player menu

The icons will change accordingly for each displayed tag

Tags that have life requirements will be italicized, underlined, and bold

Tips will be added in based on my own experiences, and eventually from the community as well

If you're uncertain as to where to even access the playercard, simply click on the bottom right corner of your screen where you see "PLAYERCARD" 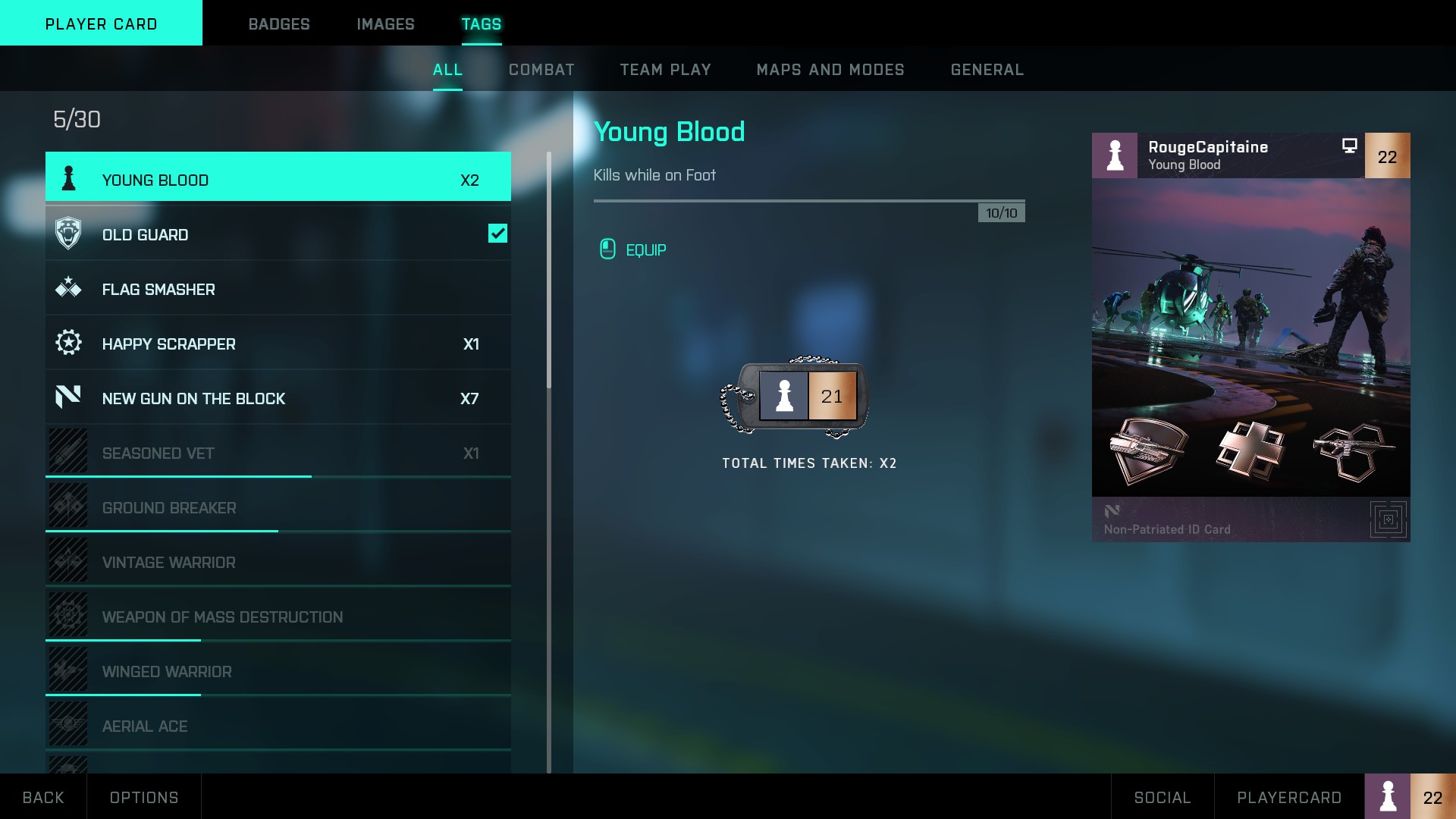 Obtained by getting 10 kills on foot 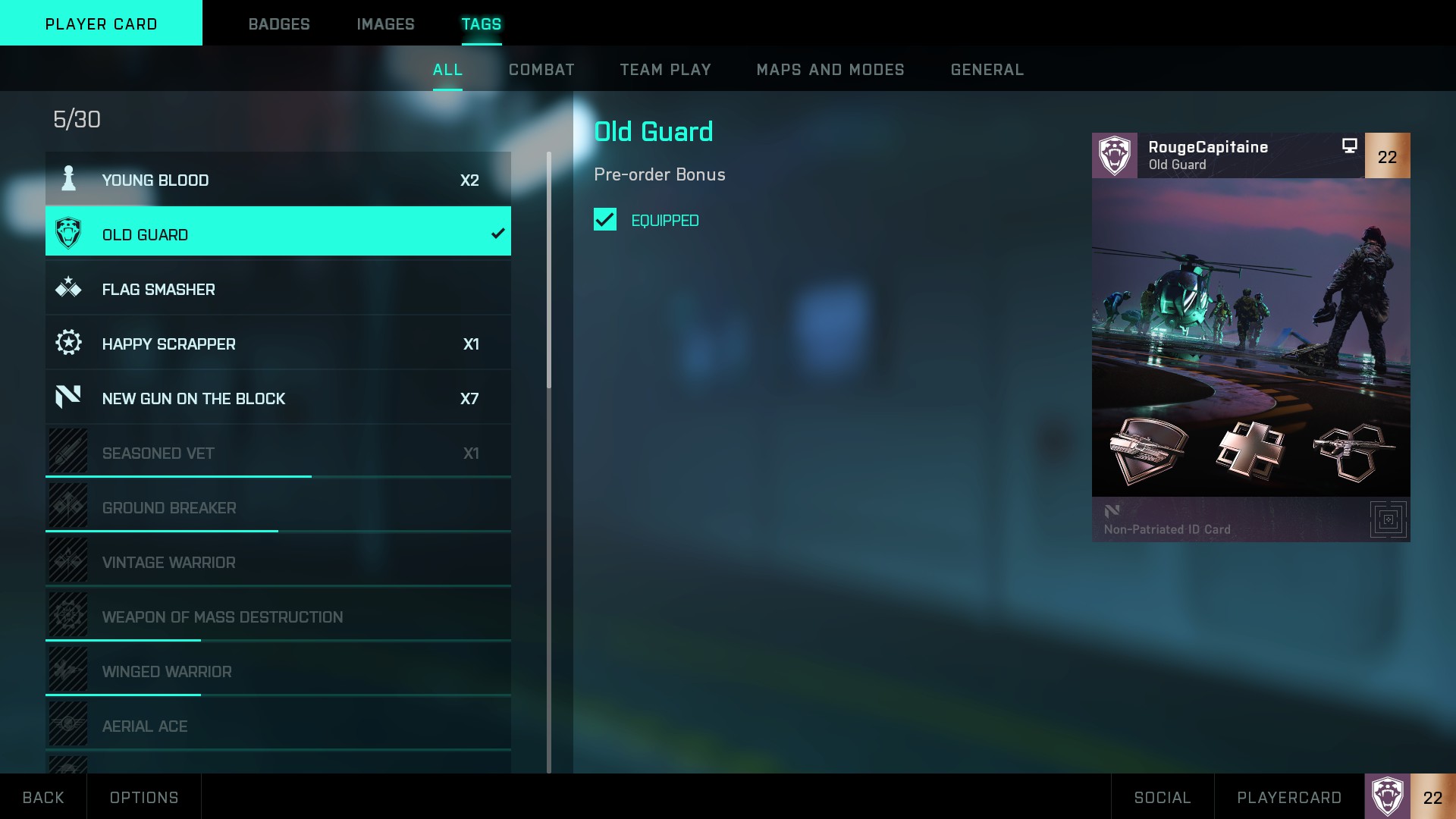 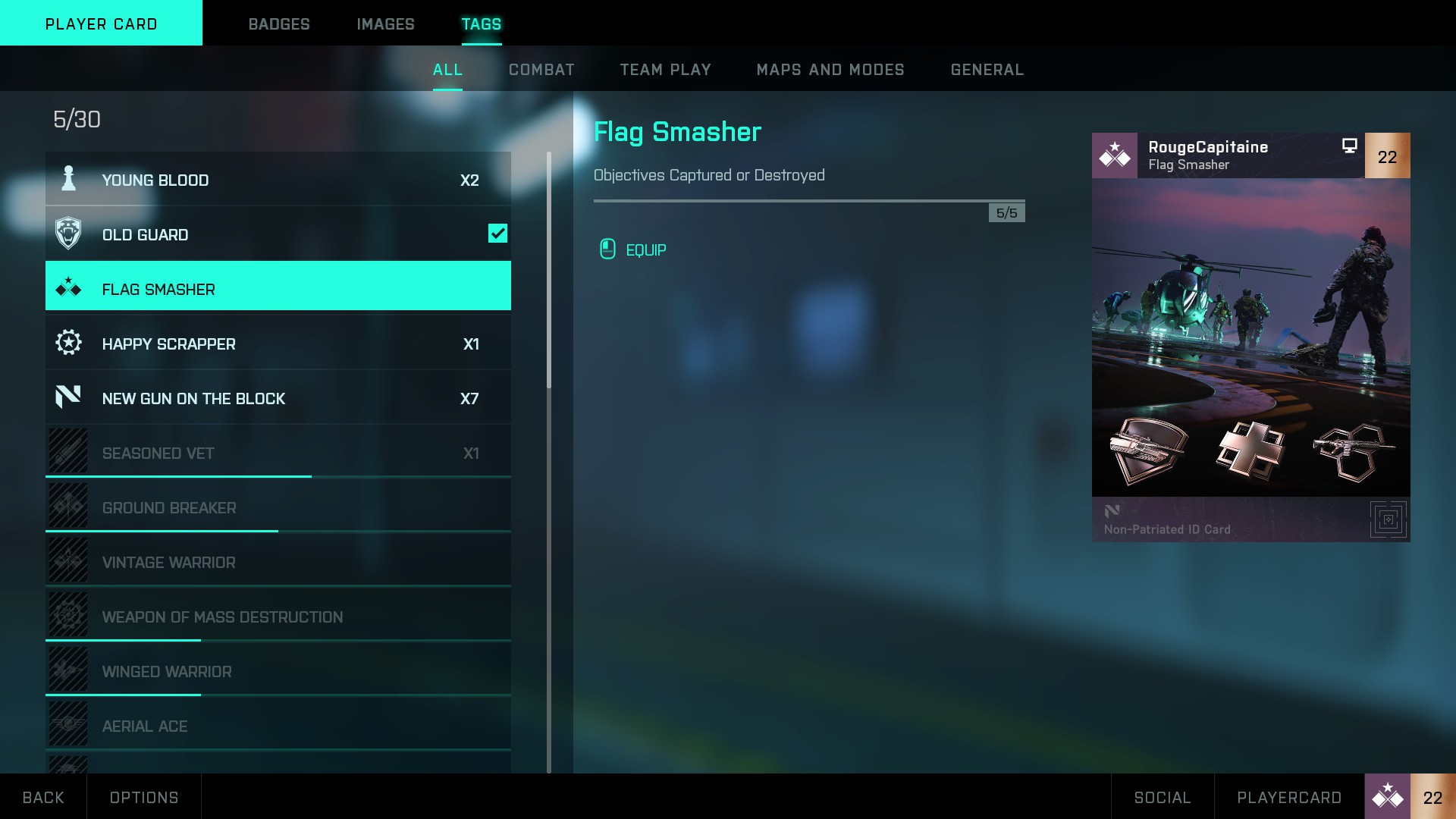 Obtained by capturing or destroying 5 objectives 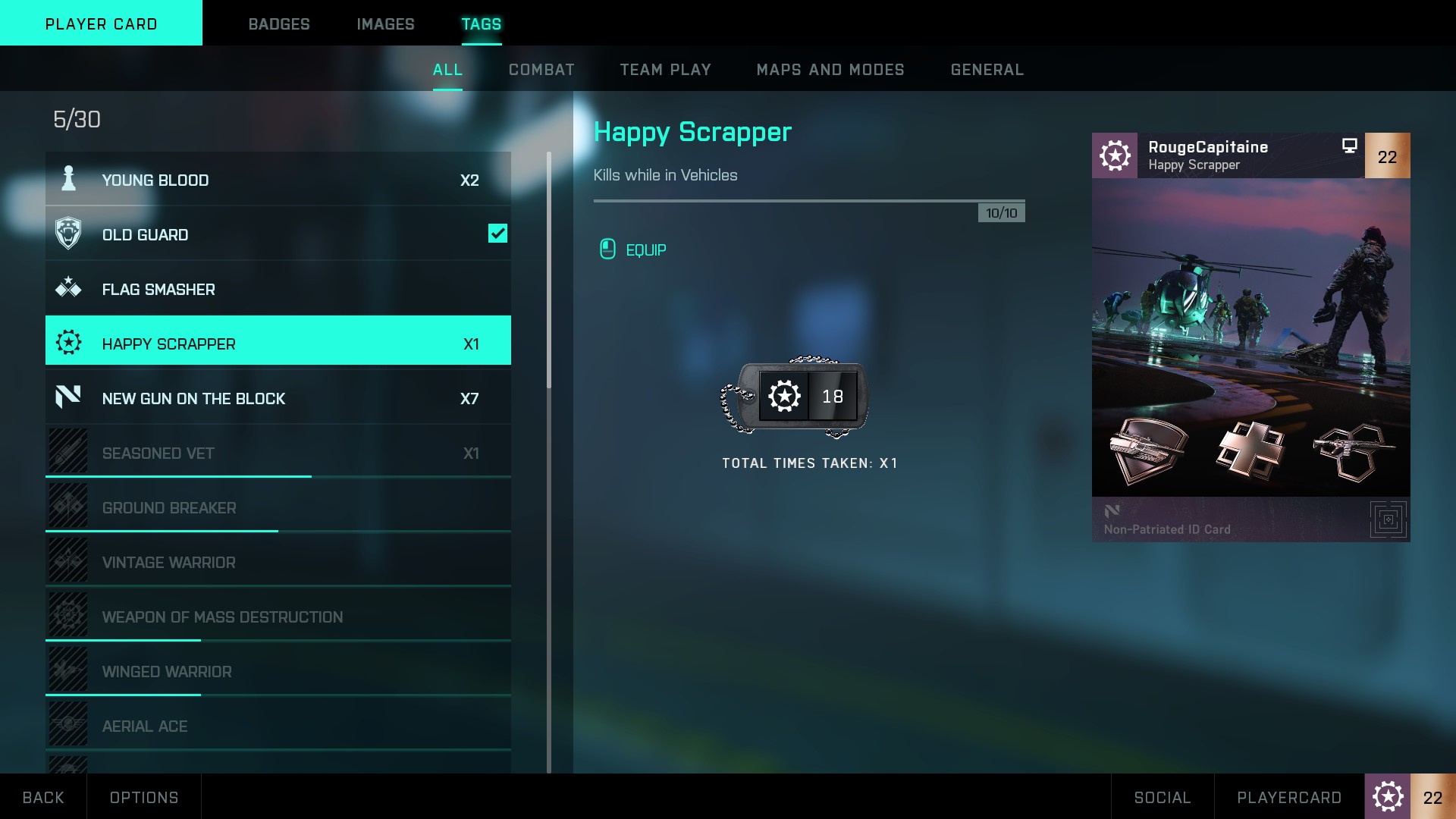 Obtain 10 kills while in vehicles

New Gun On The Block 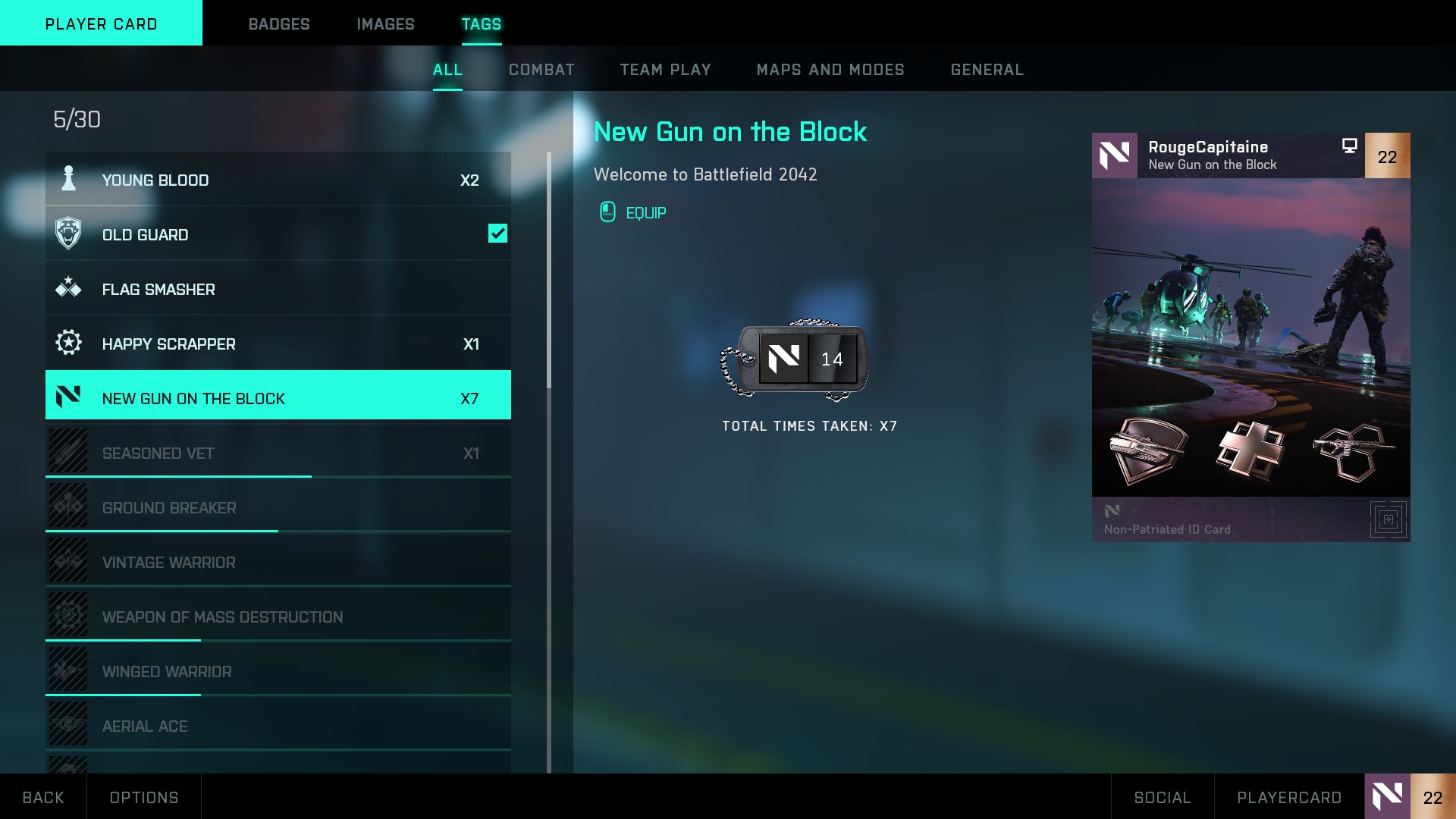 This is the default Battlefield 2042 tag. Unlock requirements are $60 USD 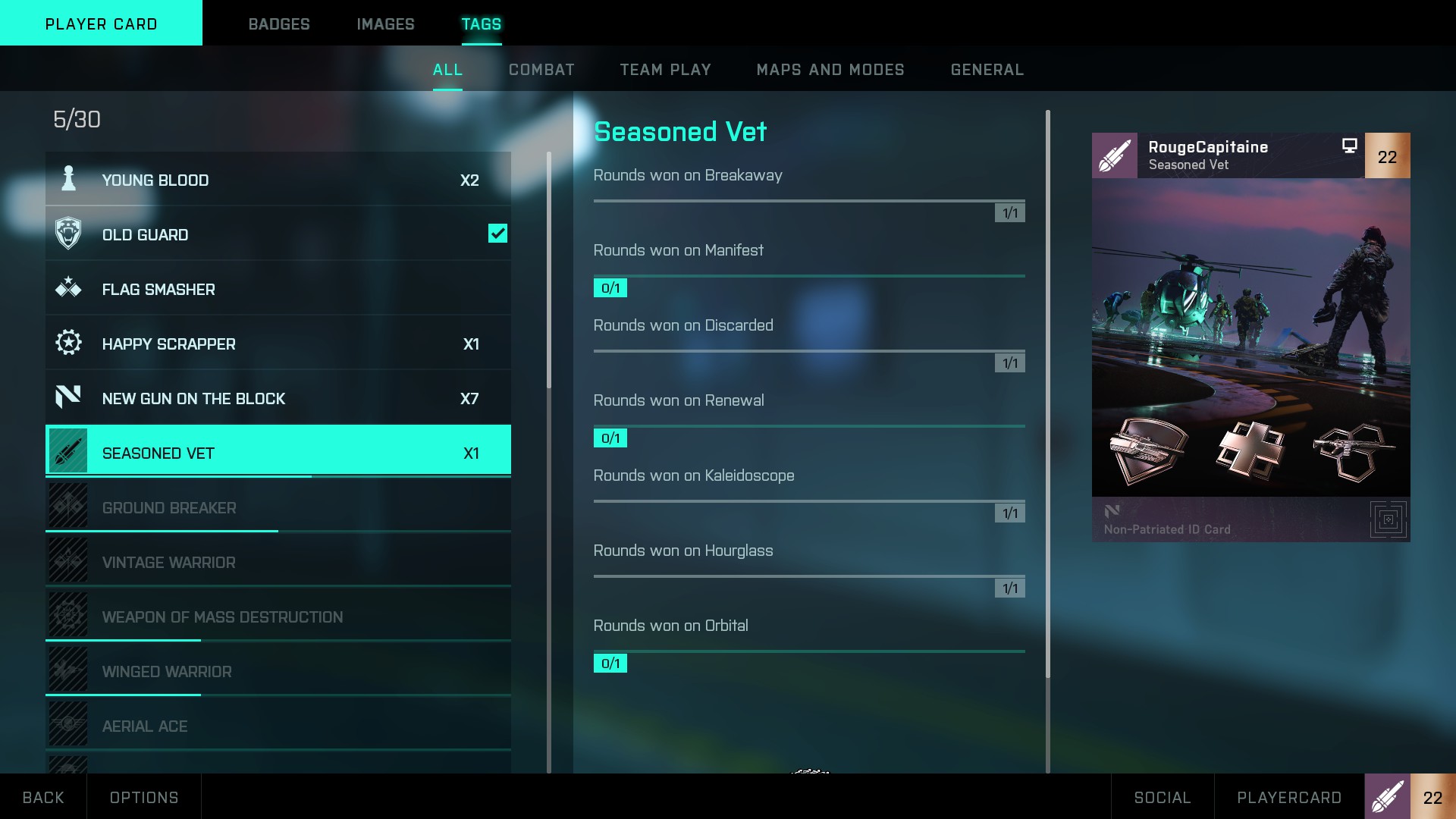 Obtain a win on each of the seven maps that are new to 2042: 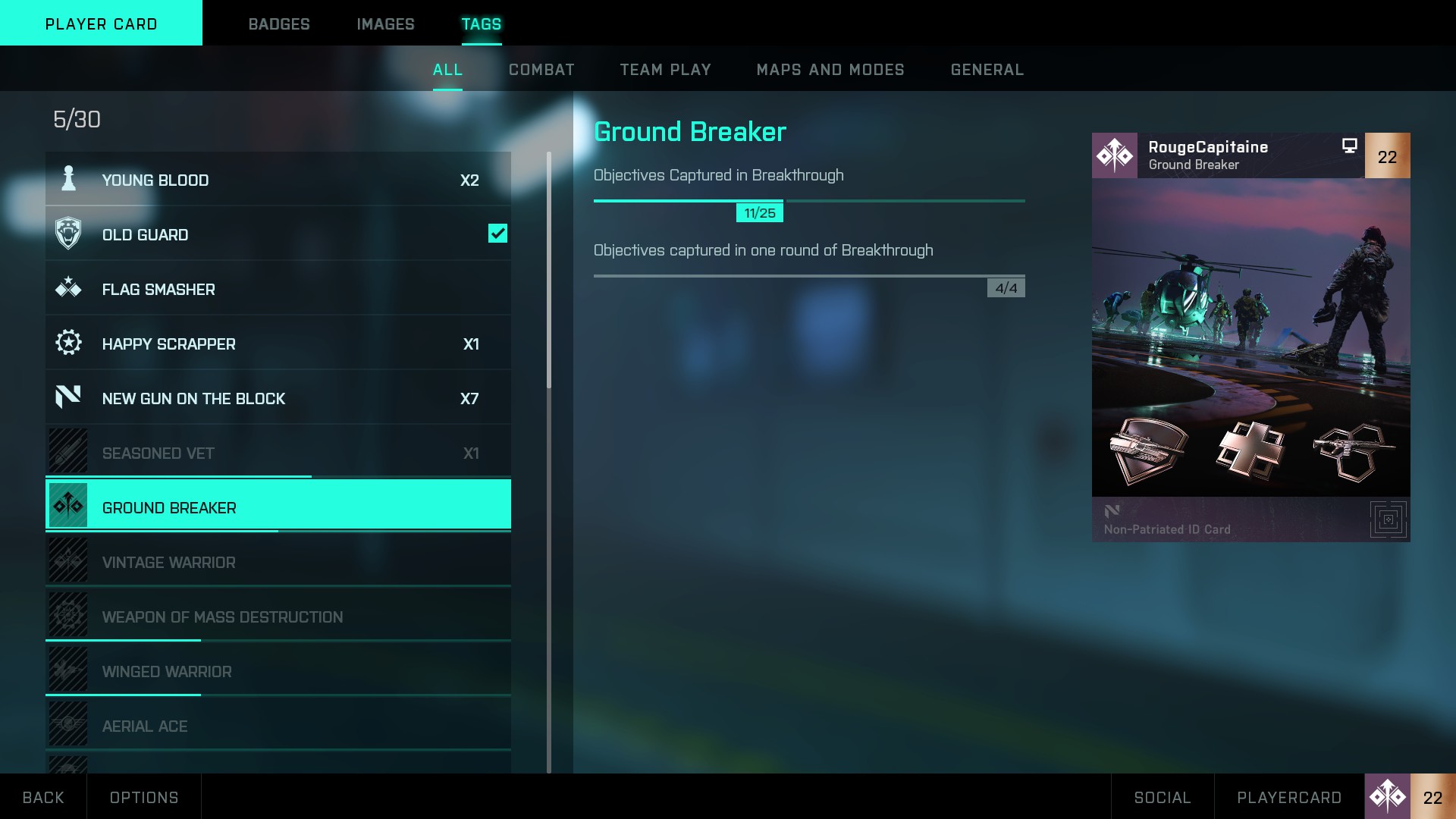 Capture 4 objectives in one round of Breakthrough *Editors Tip* To meet the 4 capture requirement, you only need to be onsite for the flag conversion, and not necessarily there for the entire capture. As long as you receive an XP notification for capture you've met the necessary requirement. The longer you're there the more XP you'll obtain, and can receive a ribbon as well. 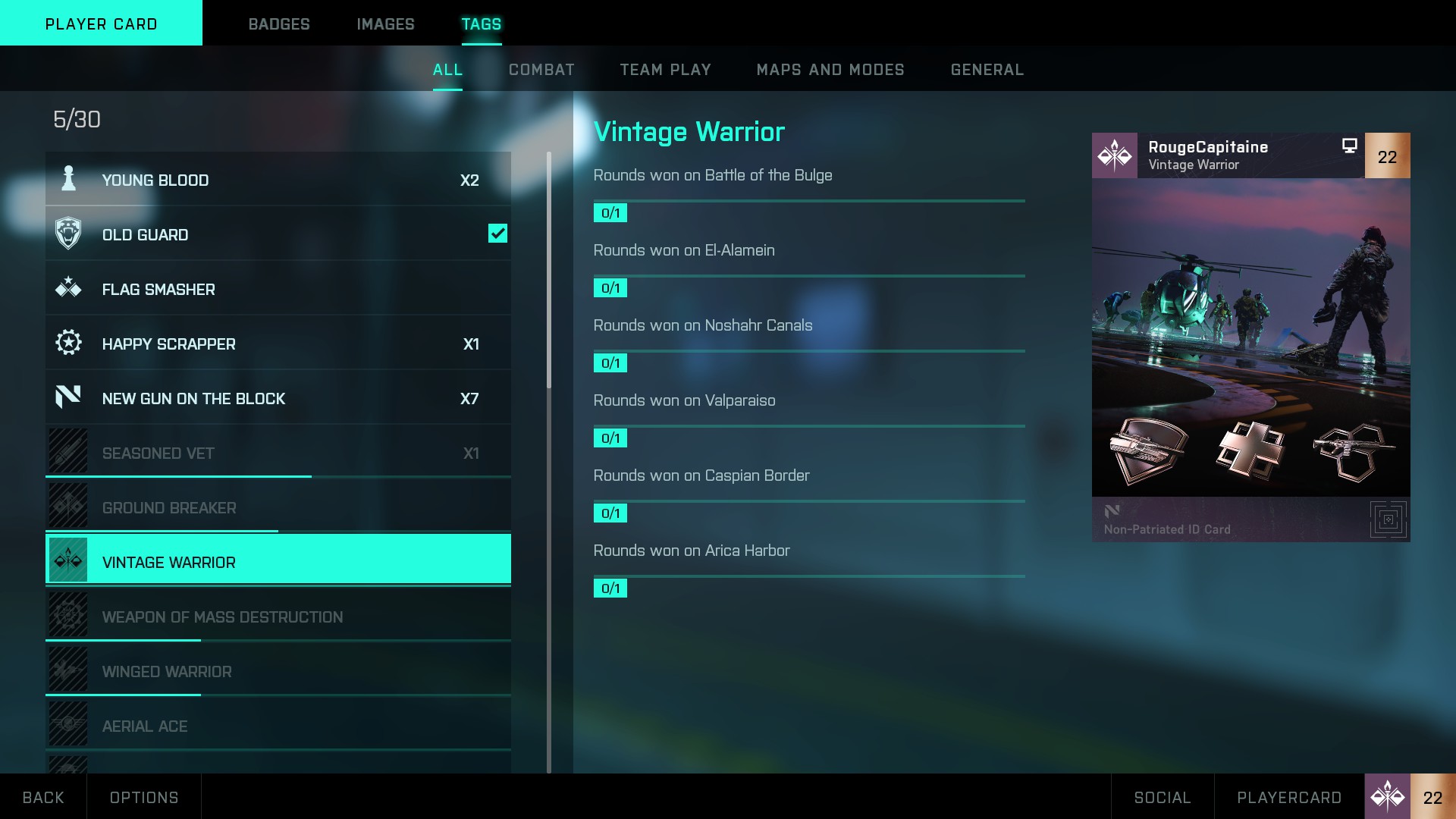 Obtain a win on each of the six classic maps that are playable in the portal:

Battle of the Bulge 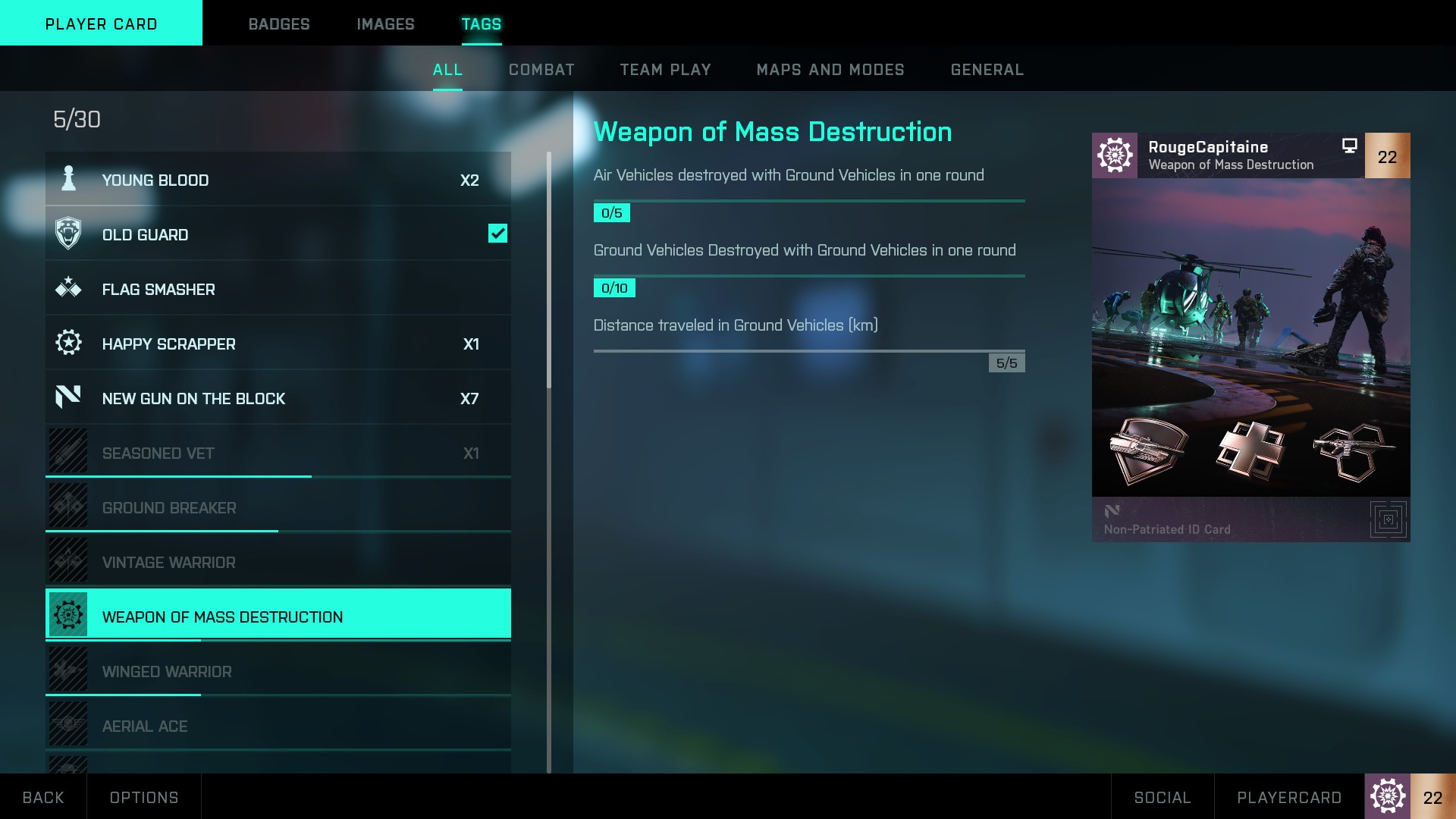 Destroy 5 air vehicles with ground vehicles in one round

Travel a total distance of 5km in ground vehicles

Vehicles need to be occupied to count as a destruction, but any enemy occupied vehicle counts. This is not player deaths, but total vehicles destroyed. Aim for LVT's and civilian vehicles. 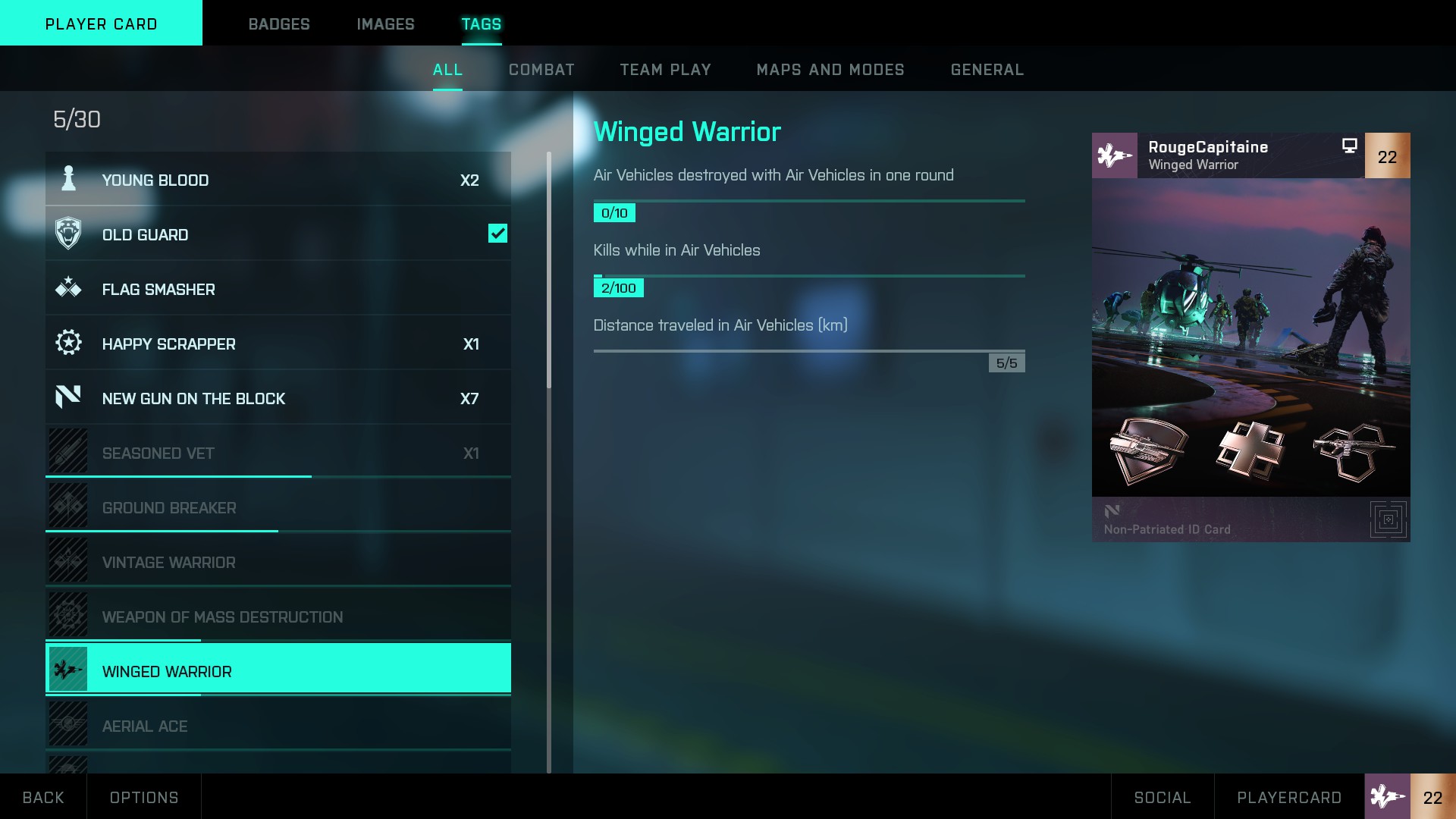 Obtain 200 kills while in air vehicles

Travel a total distance of 5km in ground vehicles 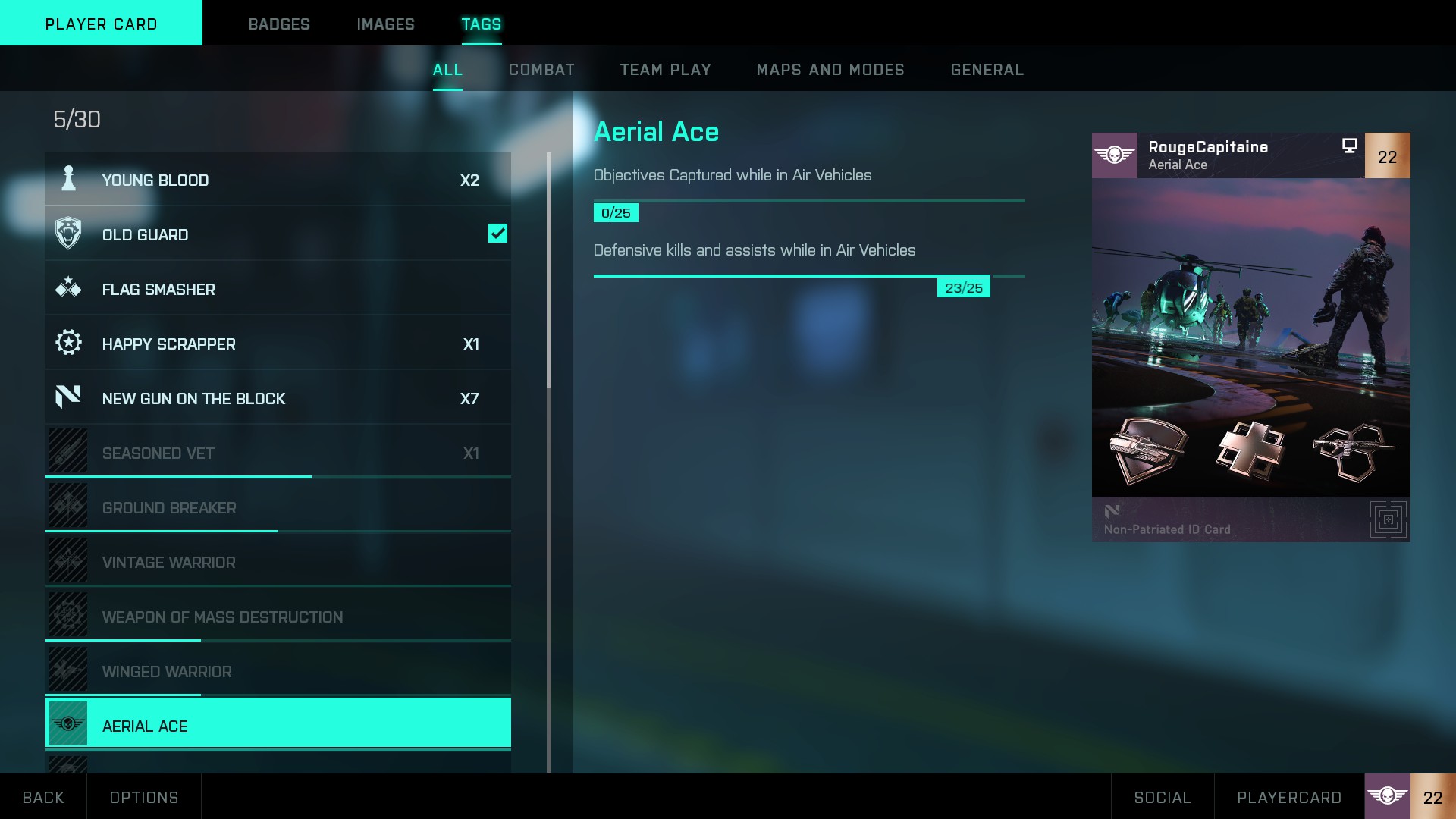 Capture 25 objectives while in air vehicles

Obtain 25 defensive kills and/or assists while in air vehicles 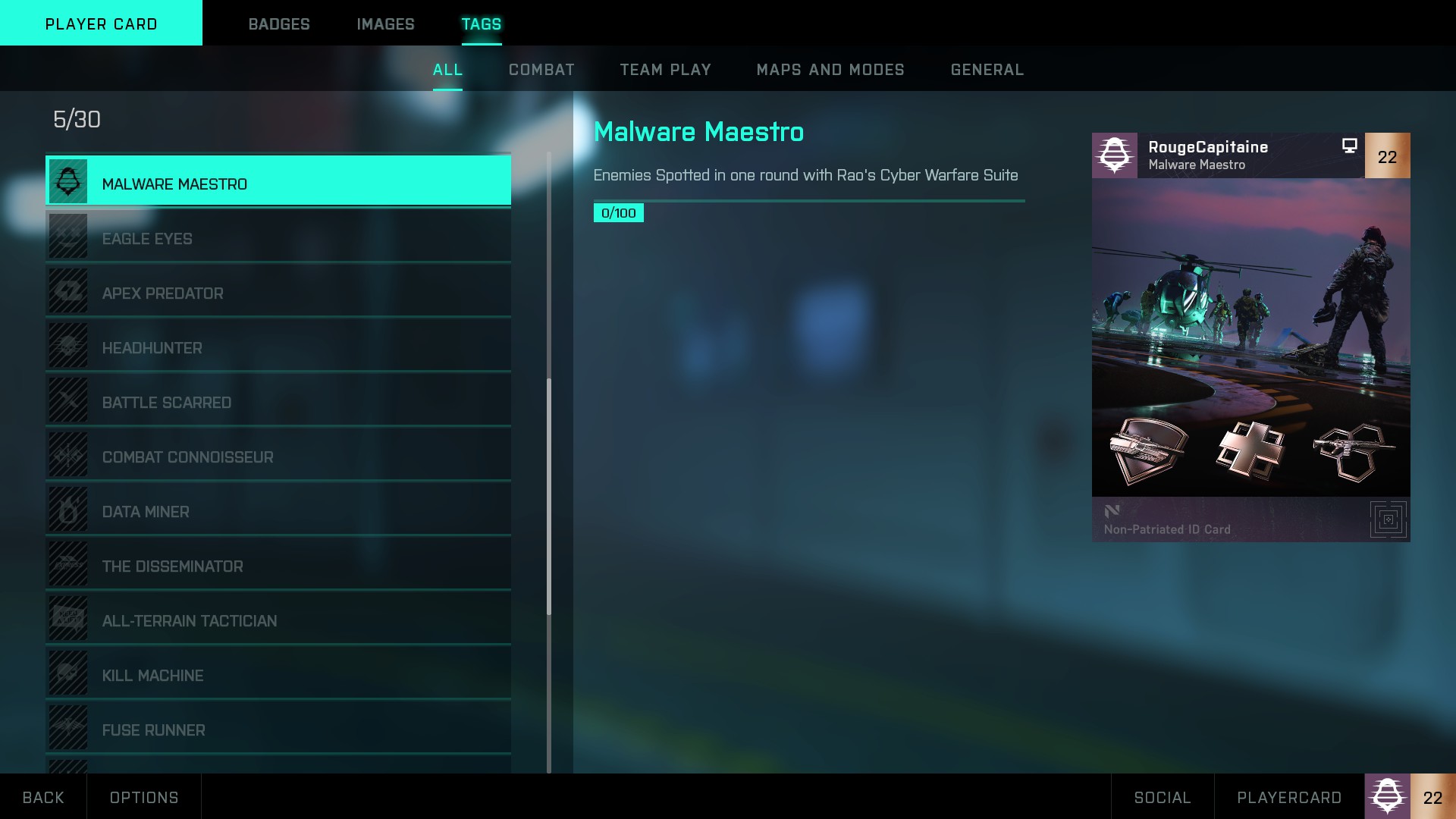 Spot 100 enemies in one round with Rao's cyber warfare suite

To spot an enemy the Trojan ability must be active, and you need to line up your reticle and primary fire on an enemy target until they're spotted. Vehicles contribute however many people were inside, but must be hacked in order to contribute to your total. 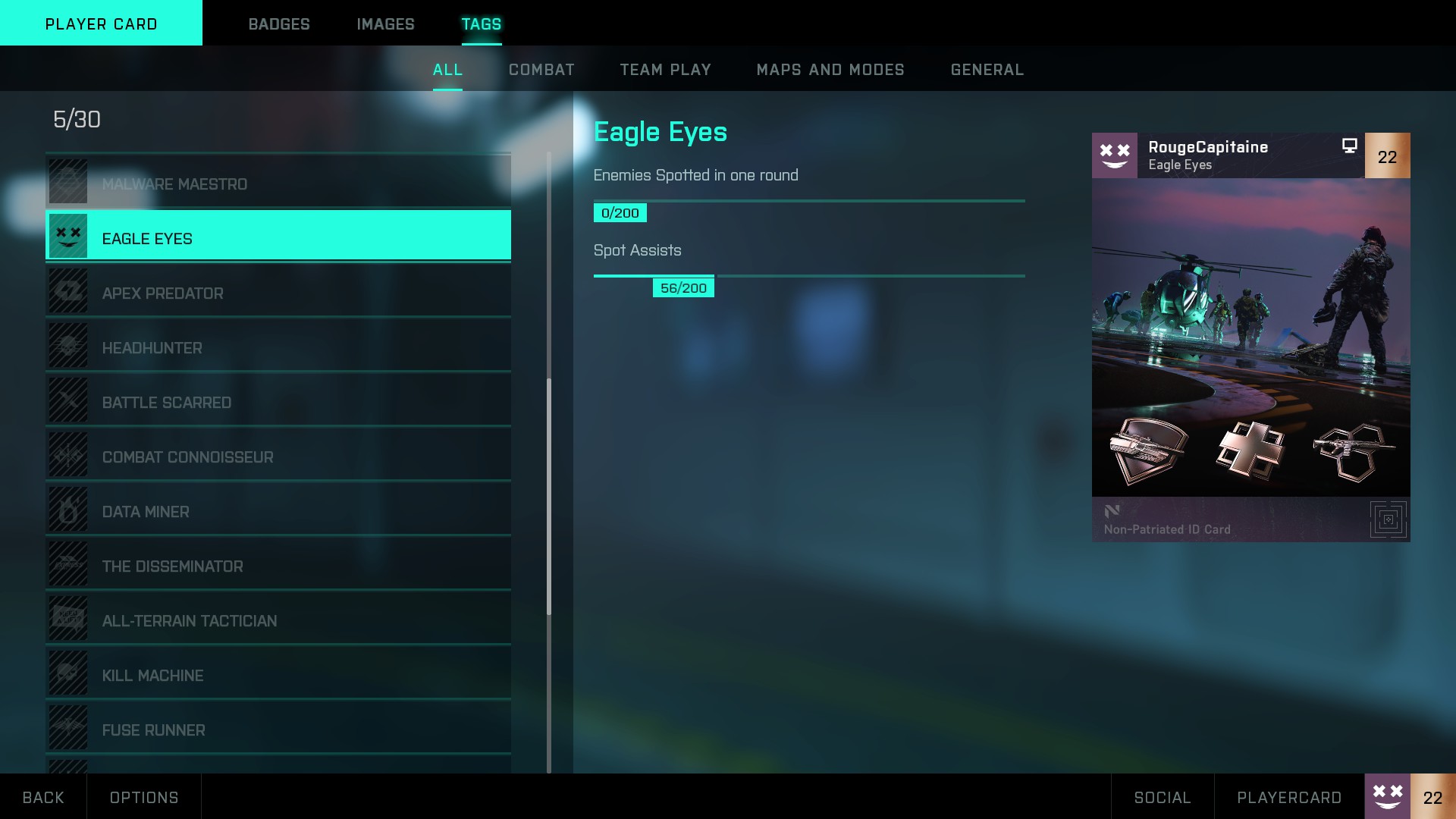 Spot 200 enemies in one round

Motion sensors are pretty handy, and Breakthrough or Rush is a good mode to work towards this goal. 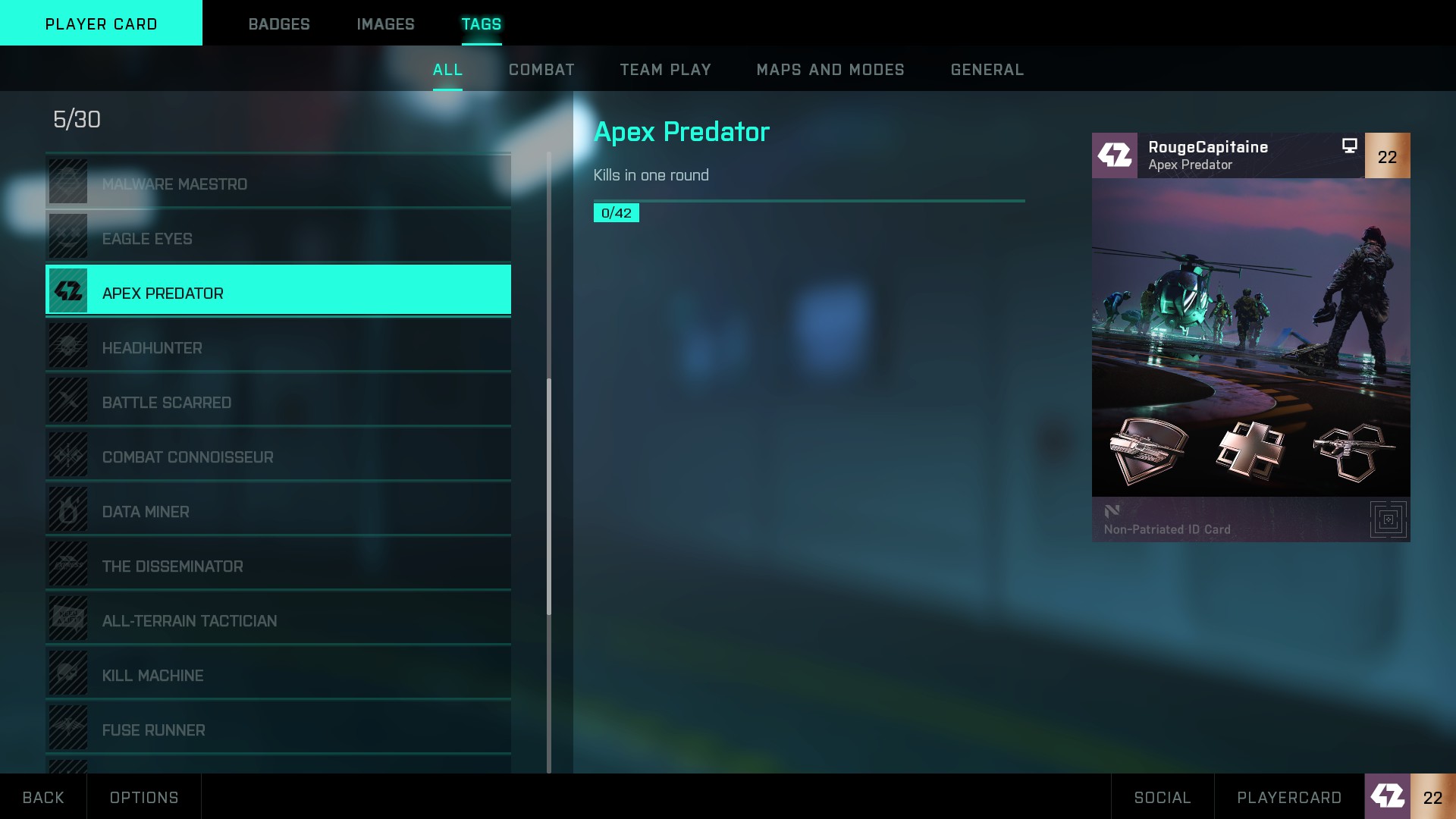 Obtain 42 kills in one round 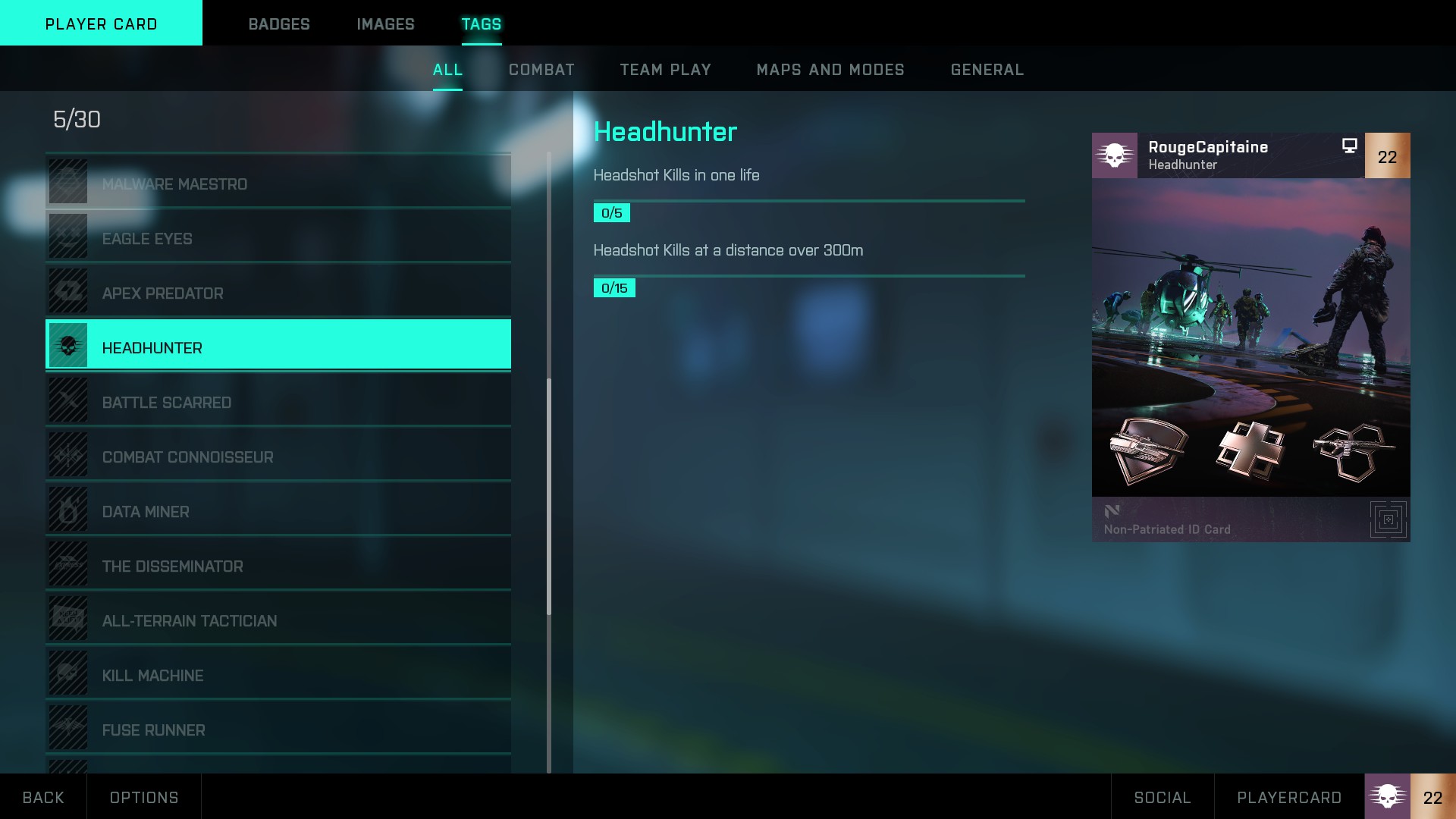 Obtain 5 headshot kills in one life

Obtain 15 headshot kills at a distance over 300m 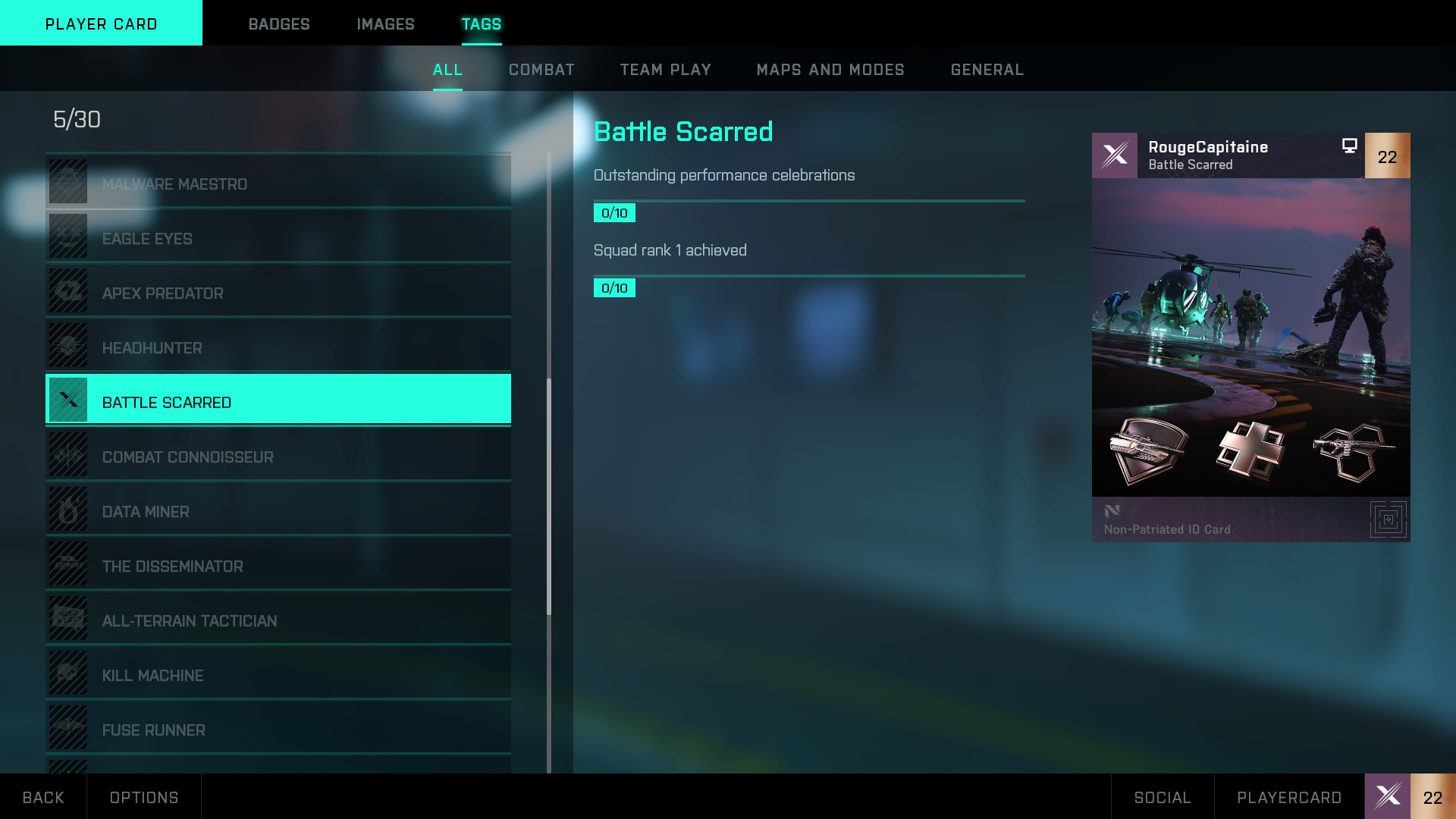 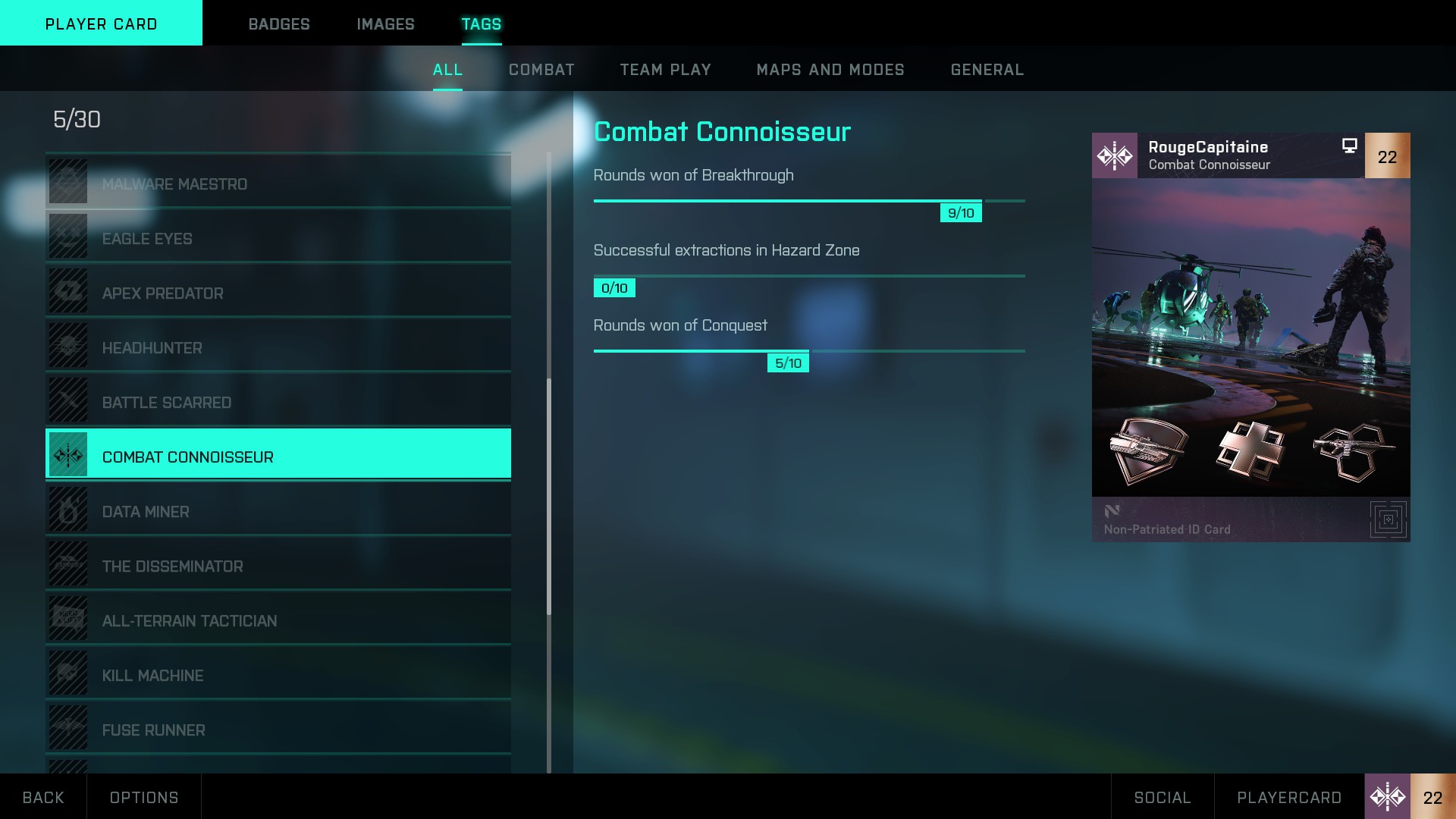 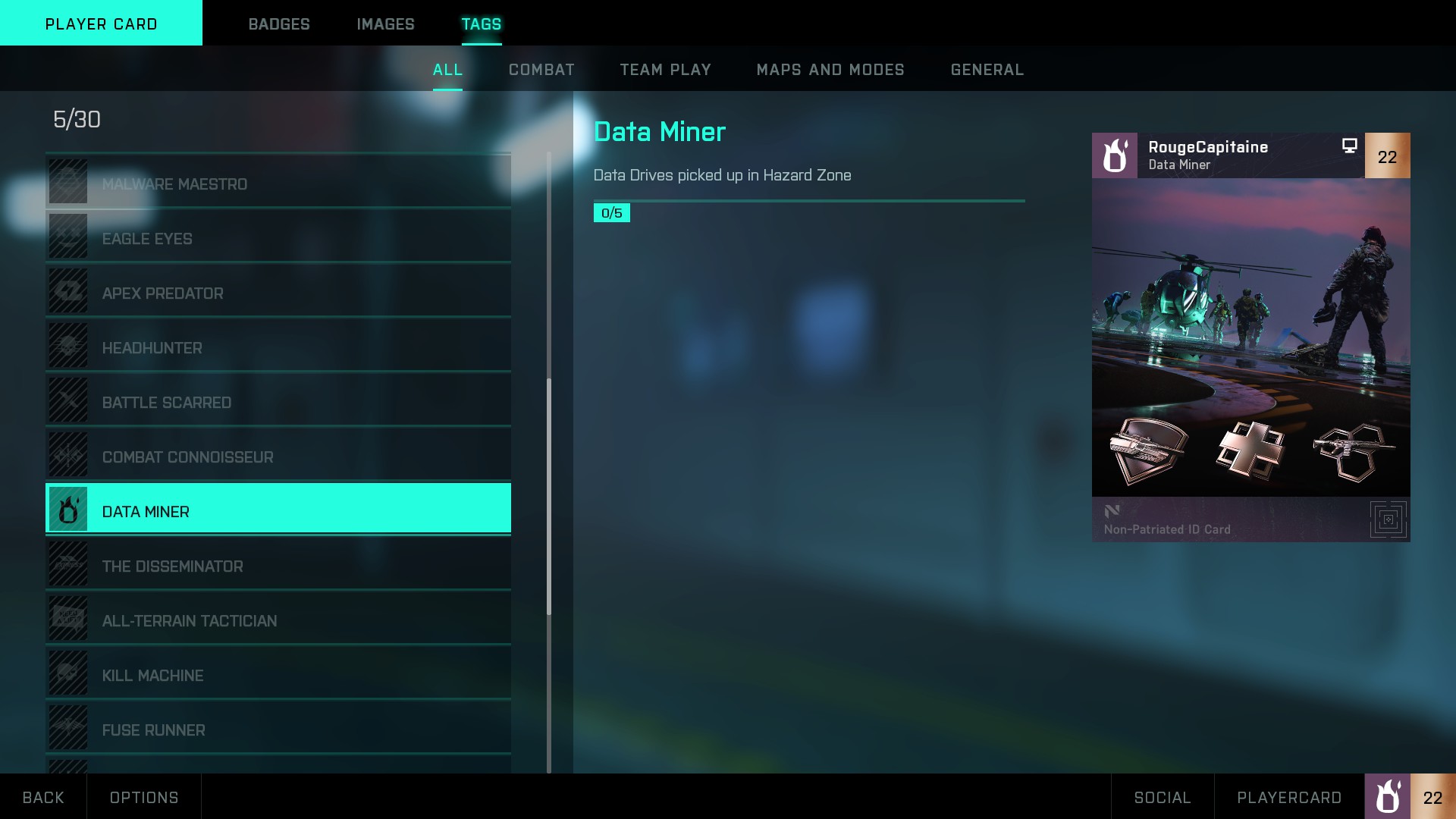 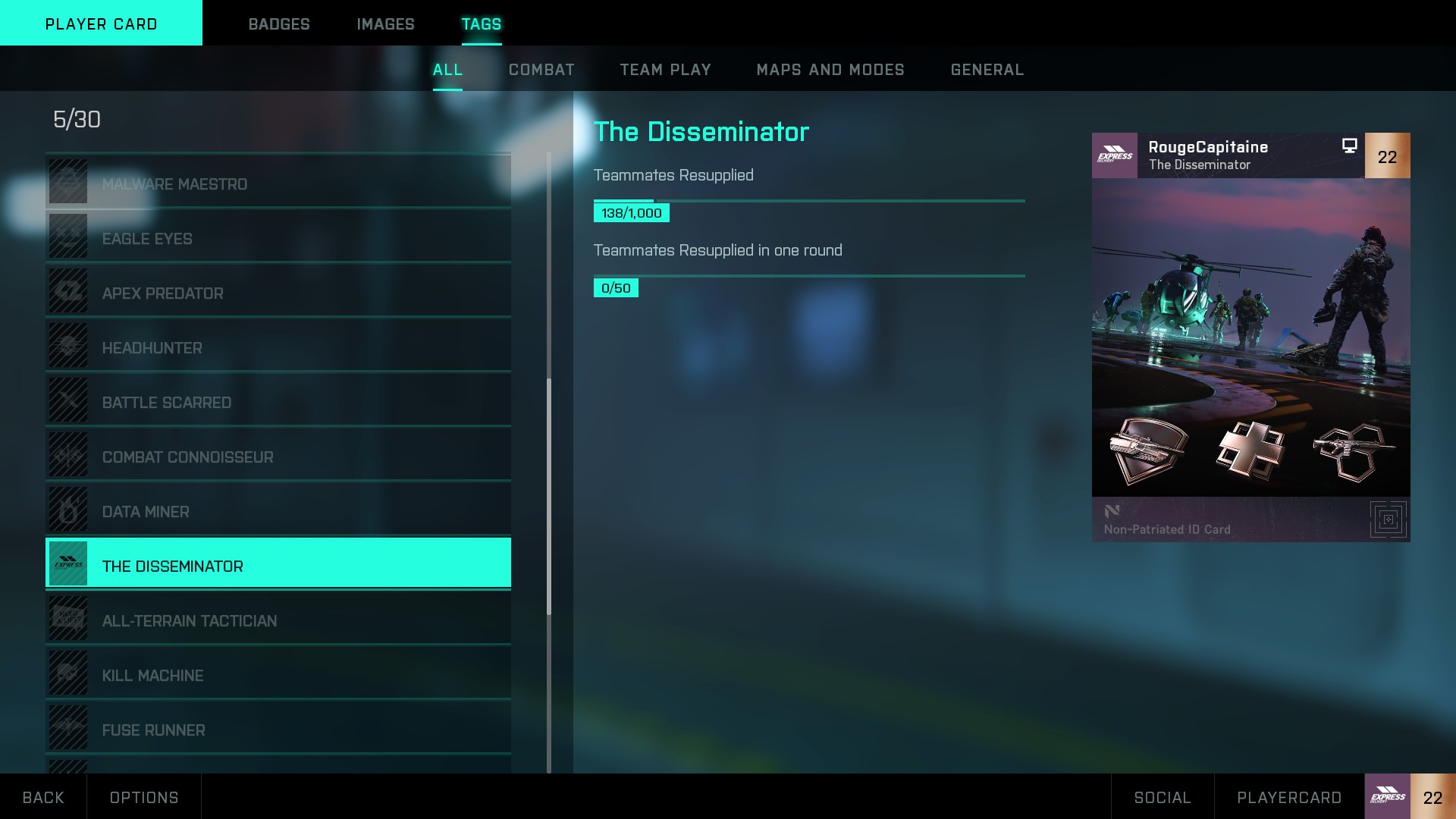 Resupply 50 teammates in one round 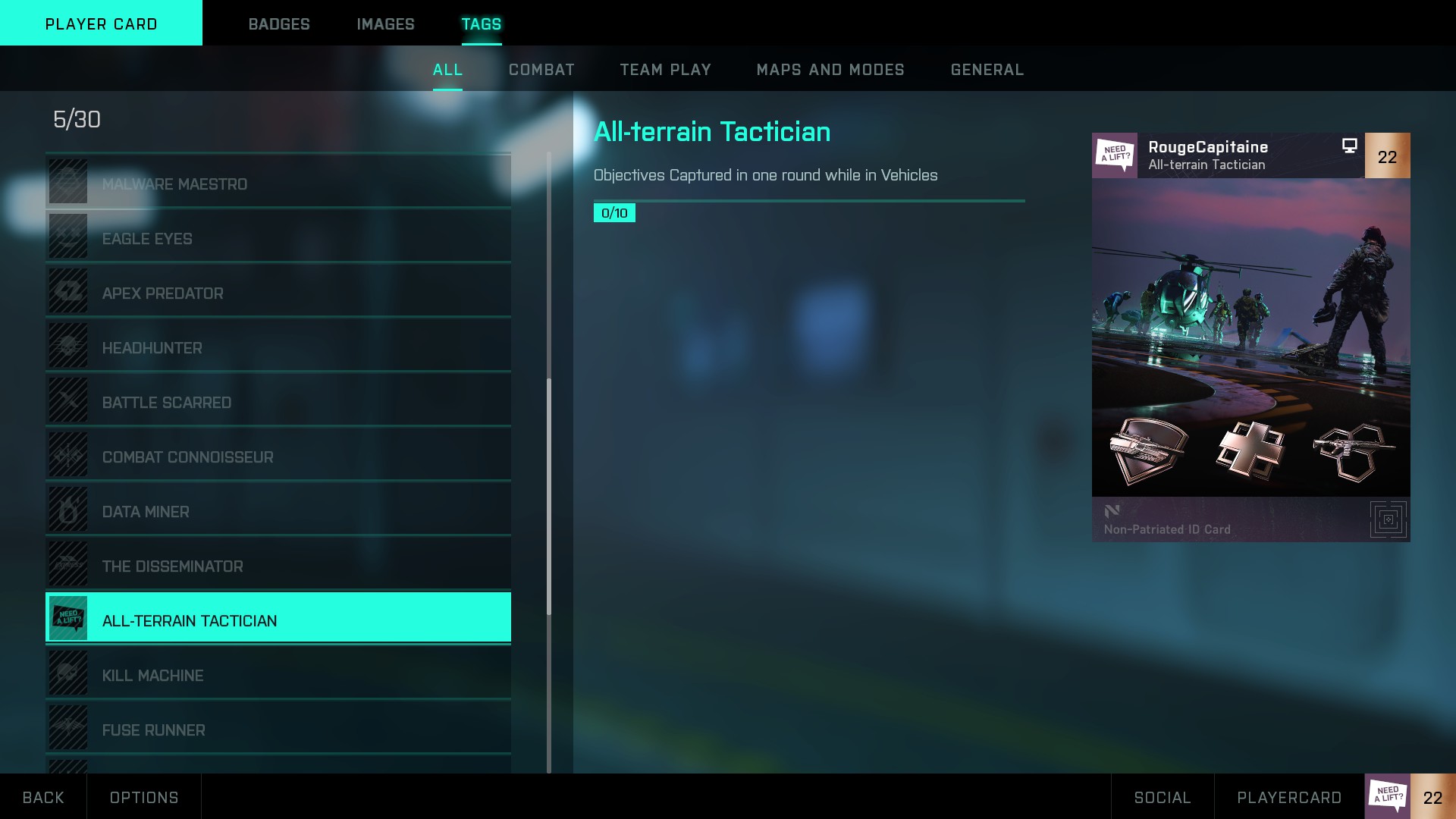 Capture 10 objectives in one round while in vehicles 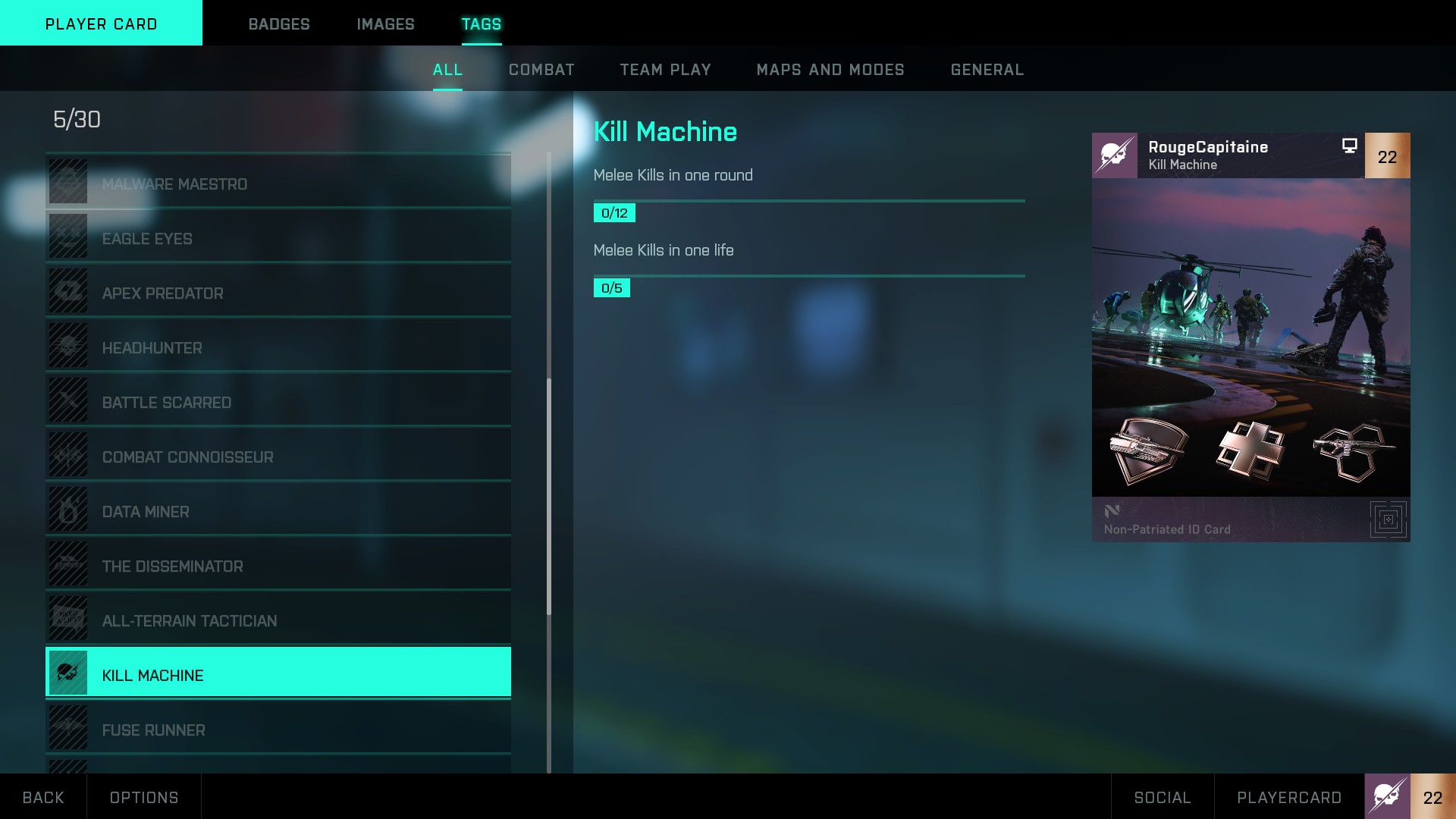 Obtain 12 melee kills in one round

Obtain 5 melee kills in one life

Use Dozer's shield. Anything that's not a tank primary or equivalent means nothing to your front. One melee hit will instakill anyone without armor. 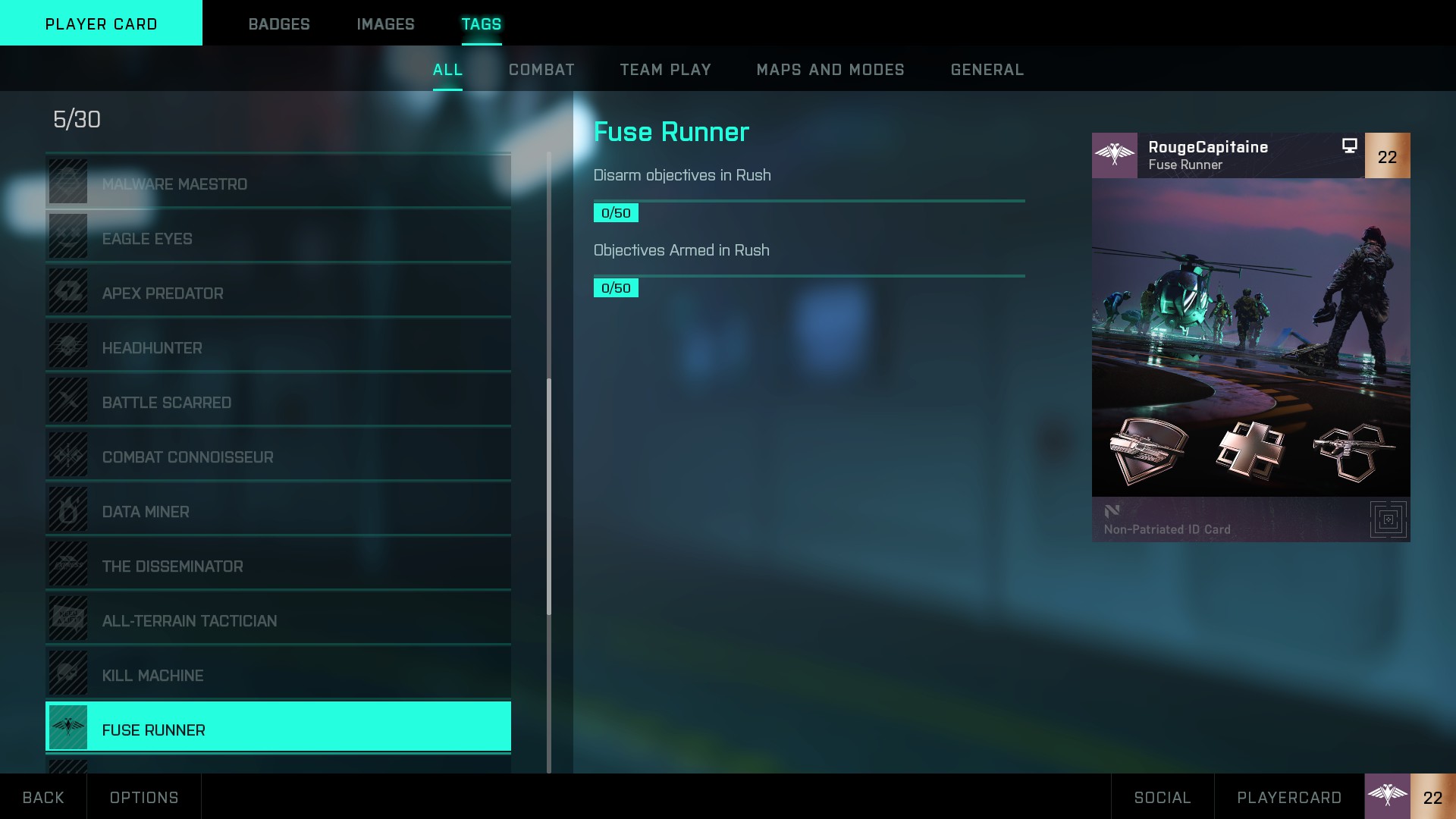 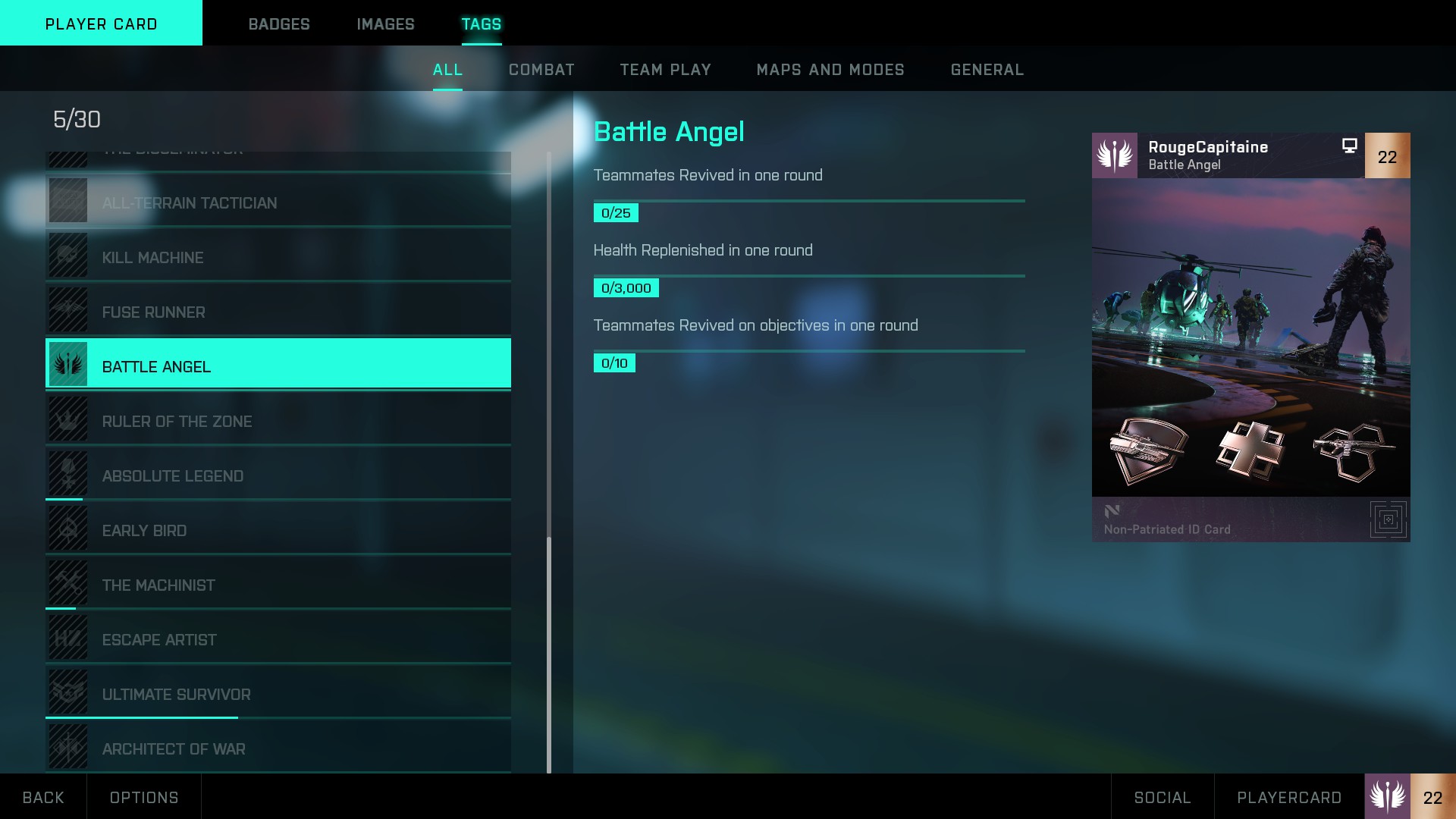 Revive 25 teammates in one round

Replenish 3,000 health in one round

Revive 10 teammates on objectives in one round

Ruler Of The Zone 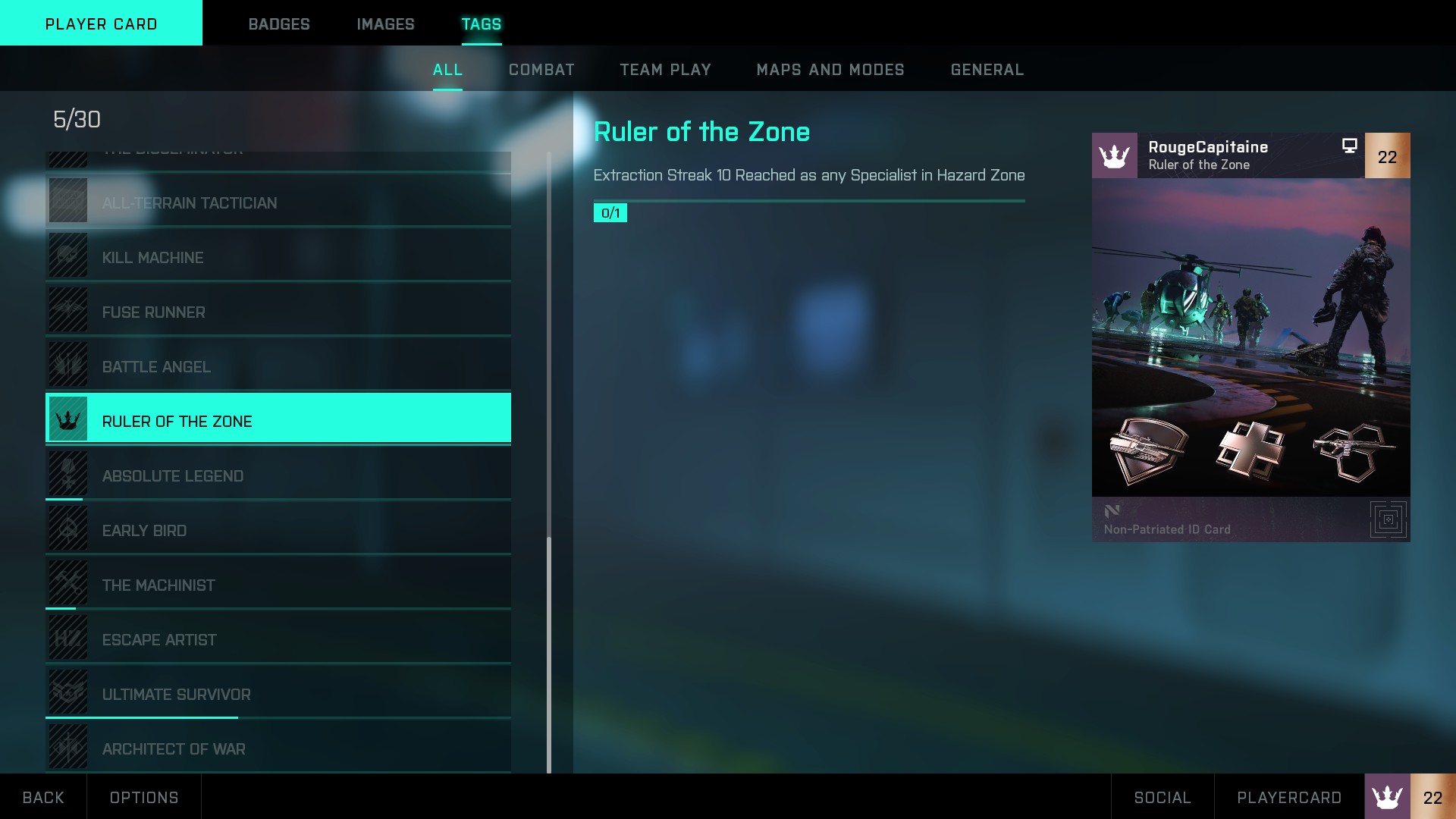 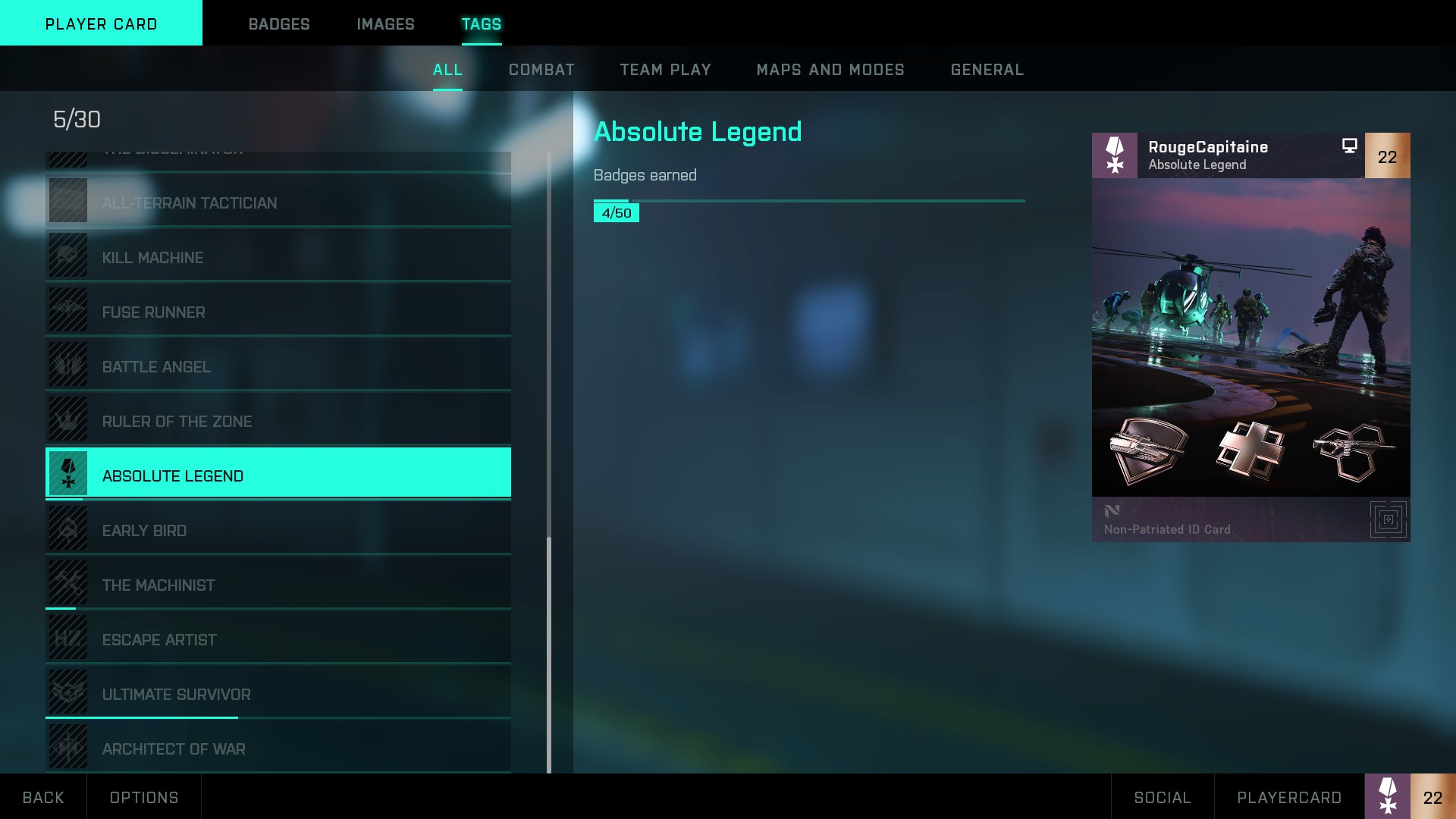 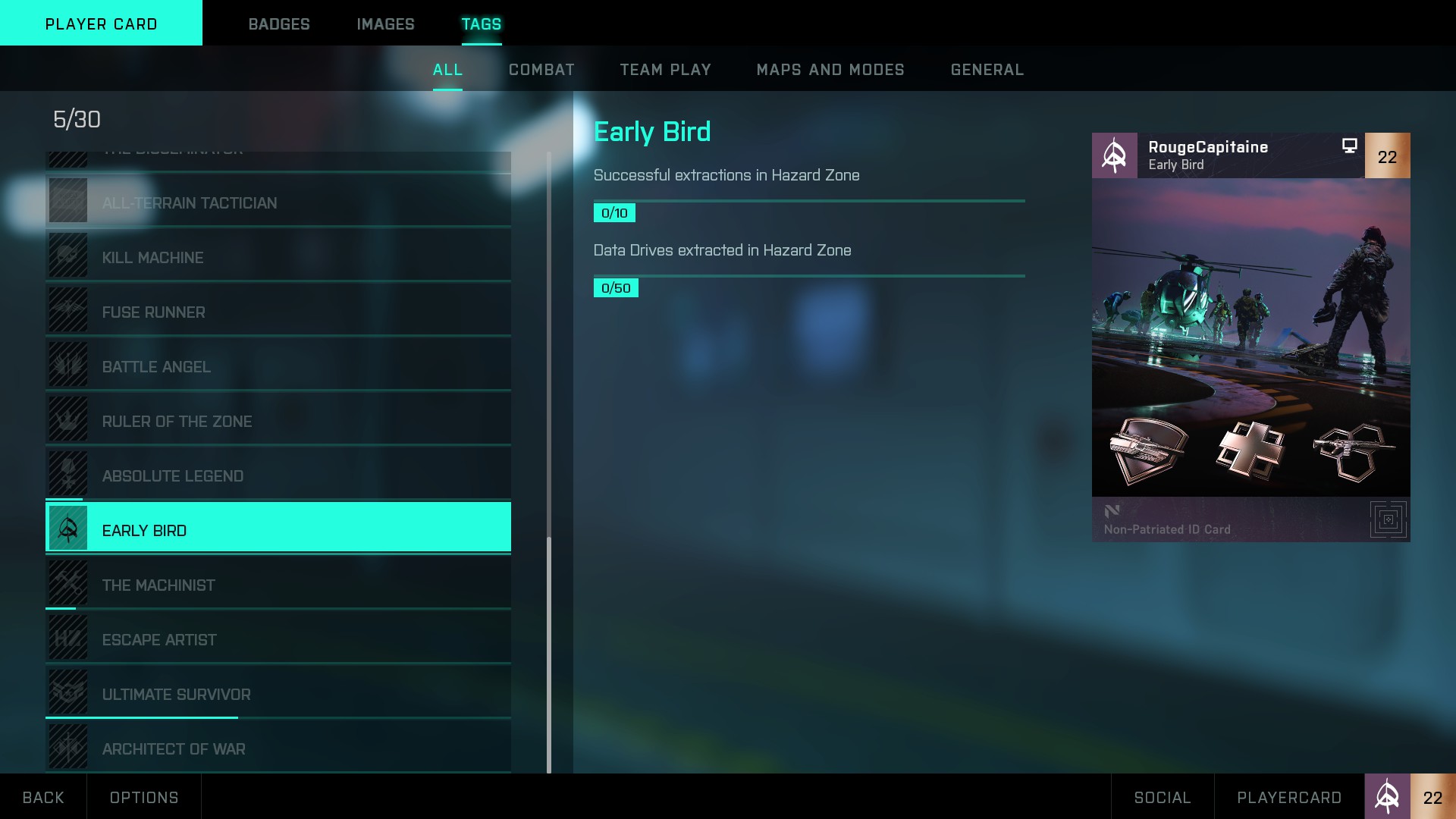 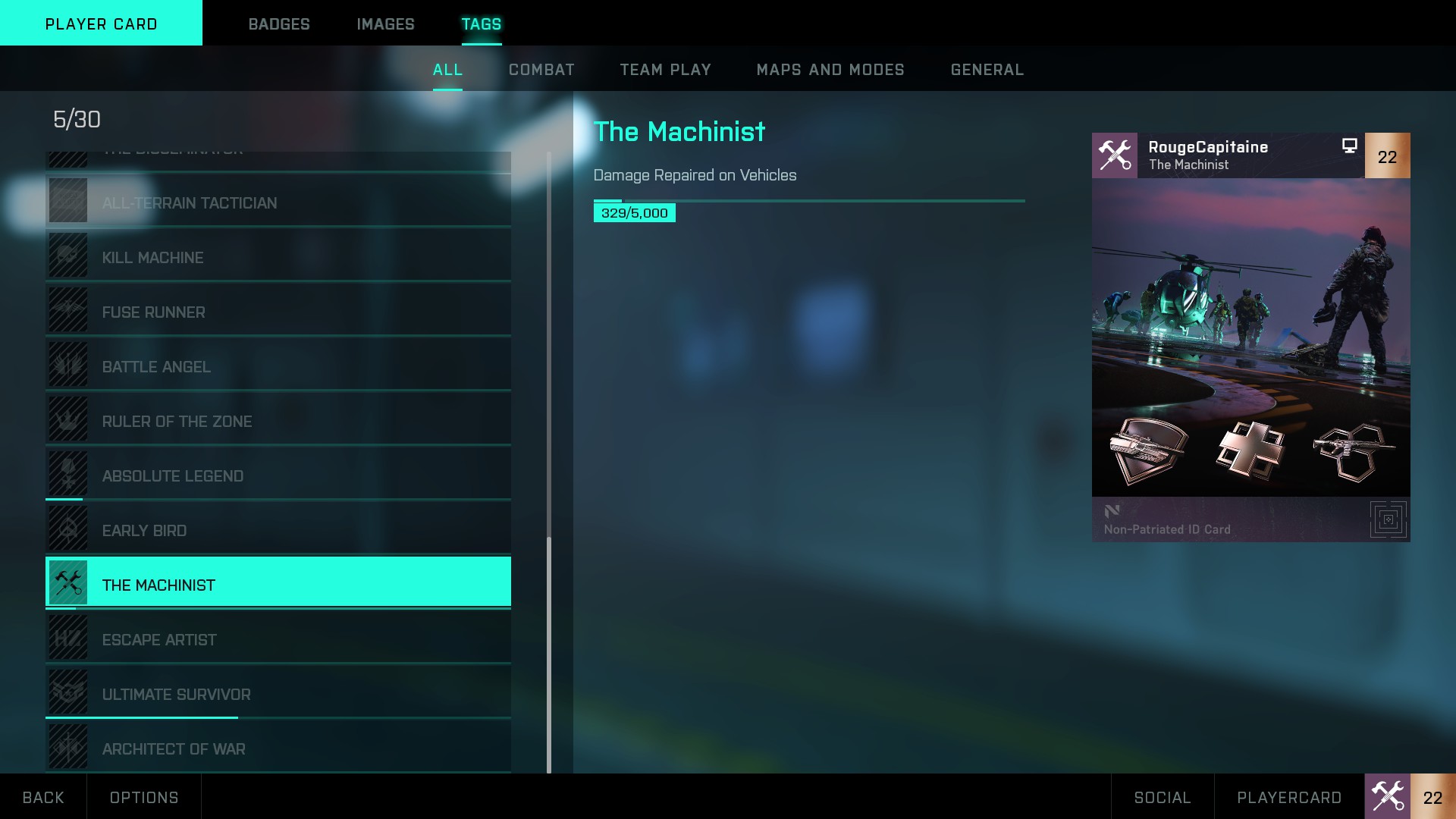 Repair vehicles for a total of 5,000 damage 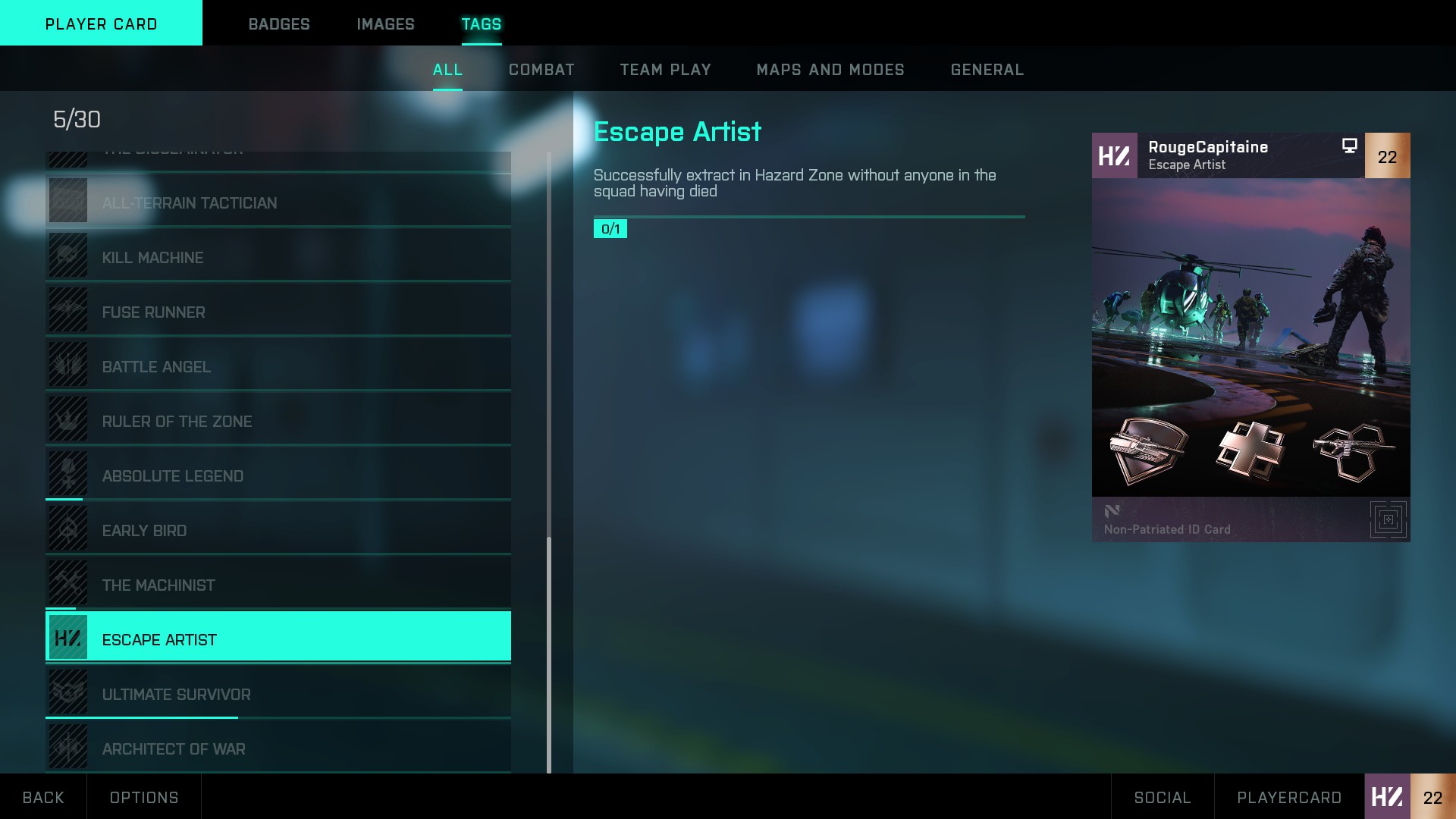 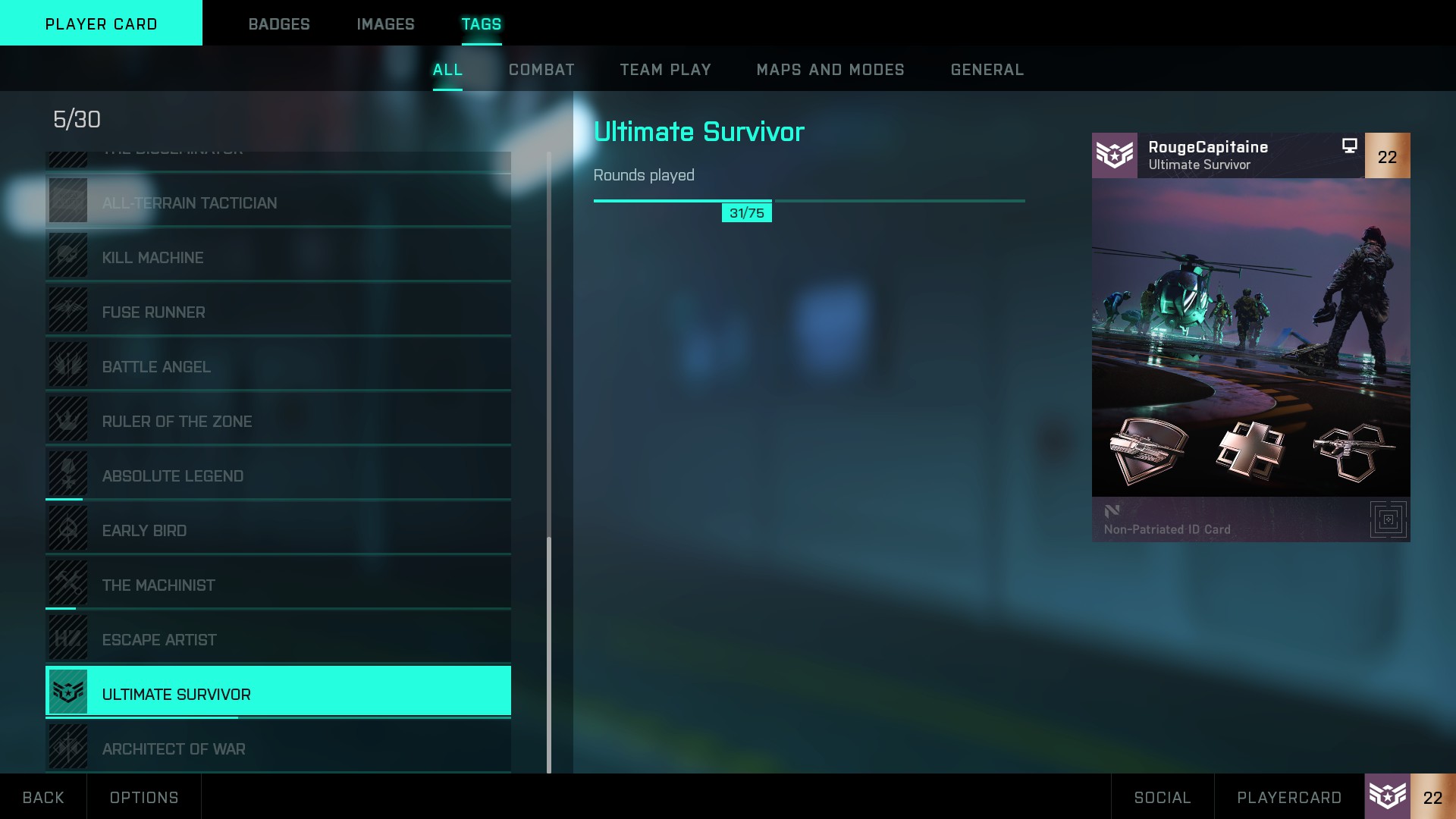 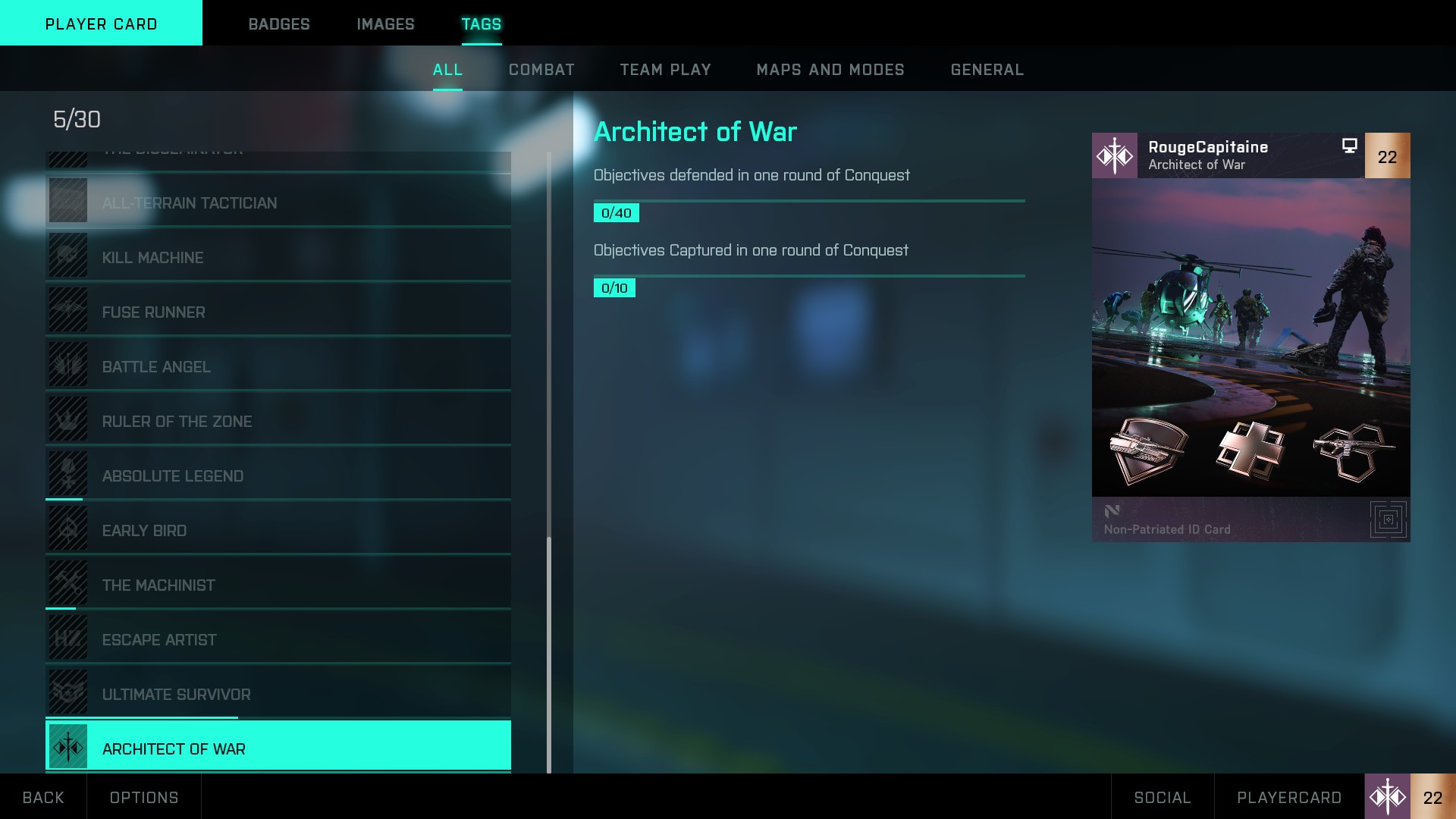 Defend 40 objectives in one round of Conquest

Capture 10 objectives in one round of Conquest

I hope this guide was useful for you. Please feel free to comment any tips you have for obtaining some of these Tag's, share your own experiences or make any suggestions. This is my first guide and I welcome all feedback. If you do have some tips and would like me to include them, make sure you specify that in the comments and I will credit you for the information.