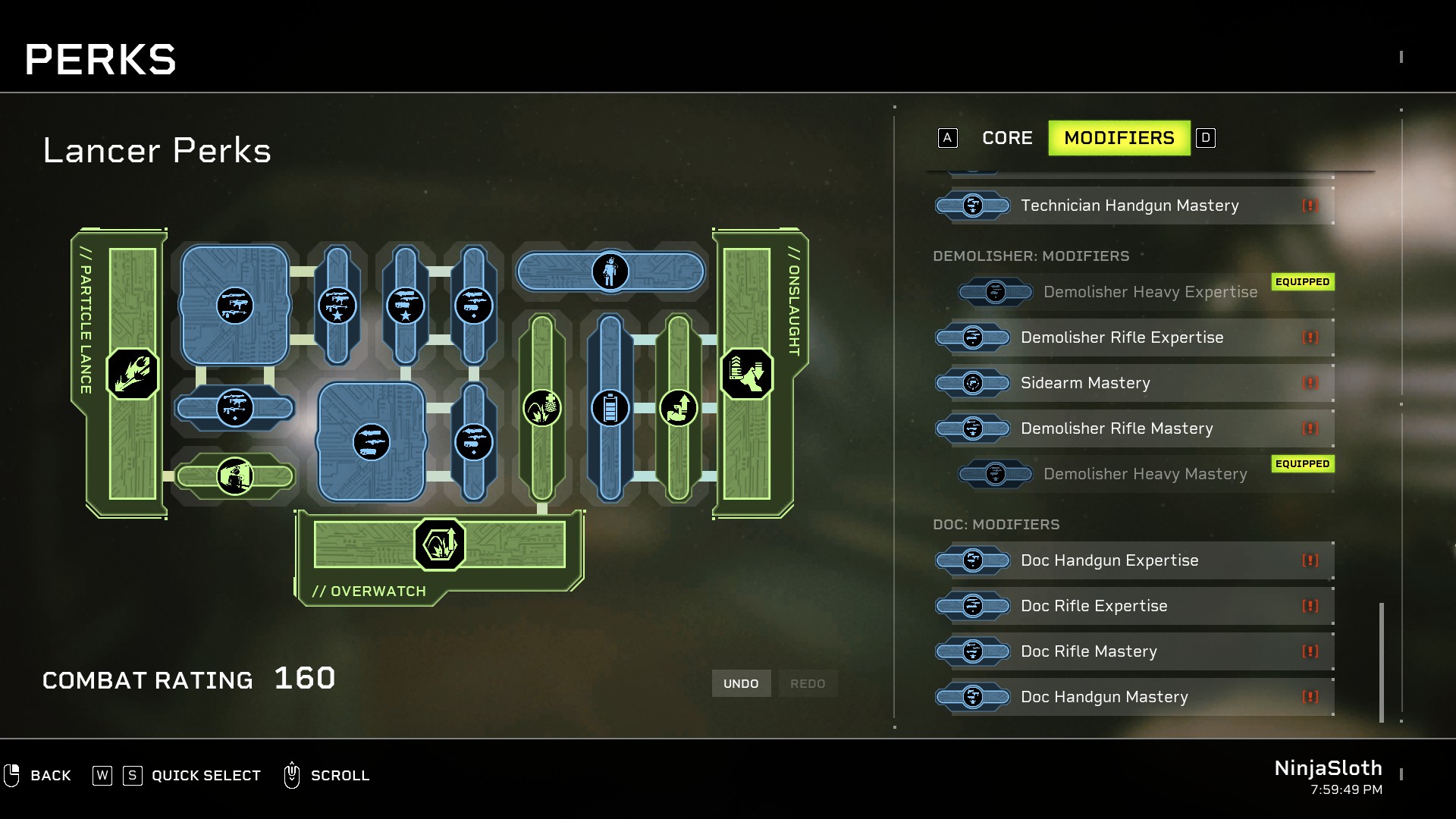 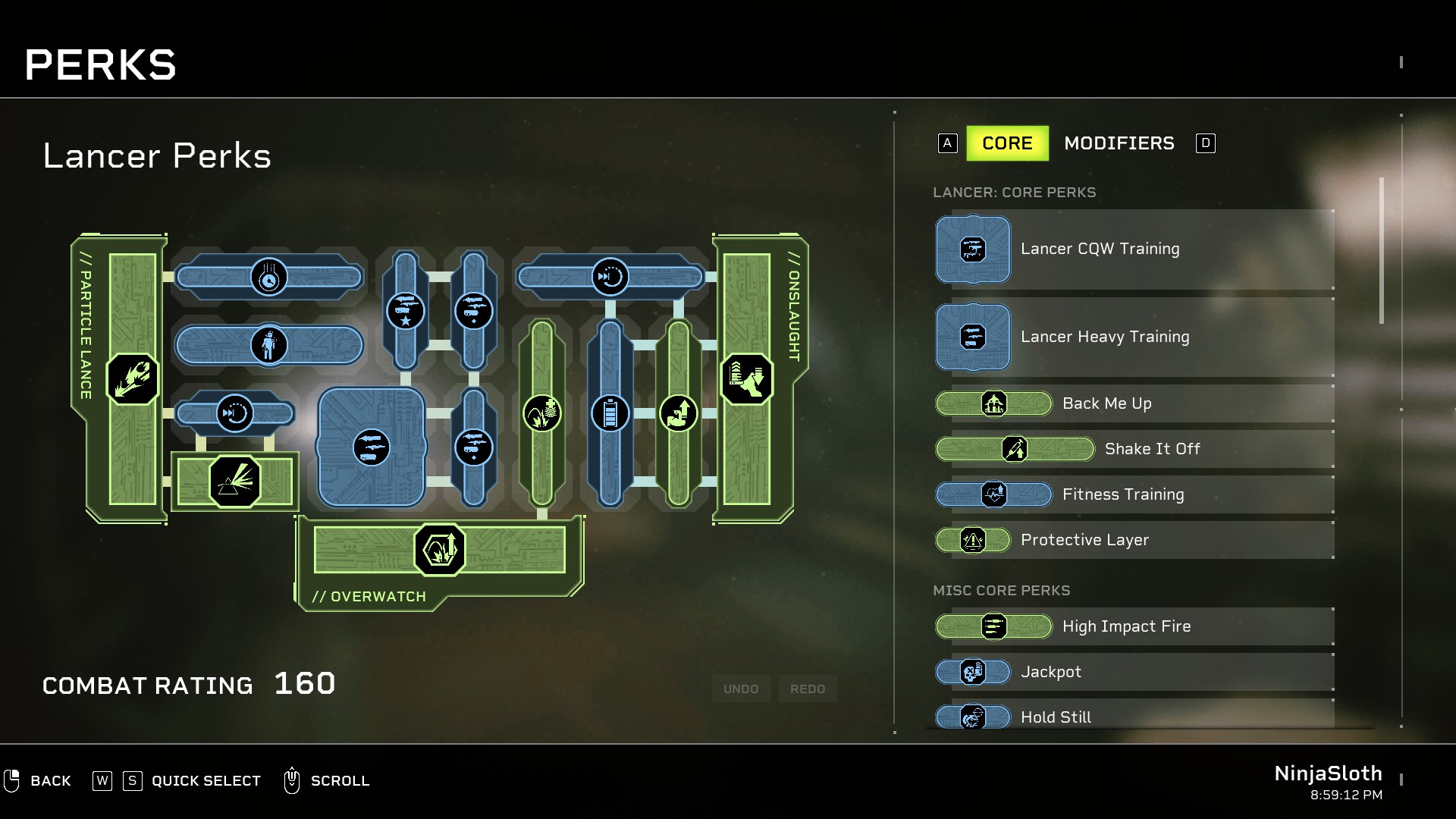 This is our AOE build, however there is quite a bit of lee way in which weapon you primarily want to use for Onslaught, and that can make the build vary a lot. So when you are picking skills and weapons keep in mind you will often have to make that choice. For more DPS you will want to focus on the CQW, if your team is needing more mob clear your Heavy will be the option to take.

Onslaught Tenacious For 3 slots it will give us 20% duration, which is as efficient as you can get, but it also gives more Damage and Resistance, which is a nice perk. Recharge Is great to have as the abilities base cooldown is very long.

Particle Lance Small aoe, huge damage and range.This is largely a ranged build, I recommend using the normal Lance but it is also pretty easy to swap out and get Particle Wave to create more space.

Overwatch Omniscience The 1 extra stack is nice, but definitely not worth three slots. What is worth three slots is stacks taking 3 seconds of movement before falling off. This will make it easy to normally keep full or nearly full stacks.

Down & Out great with our long stun, particularly if you are taking Particle Wave

Demo Heavy Training, and then the Rate of Fire and Damage weapon Perks.

Technican CQW Training is very solid. Fire Rate is the best option by a lot on Lancer, other then that WP and Accuracy are also very strong depending on which weapon you picked.

Some perks you can switch between very easily: All two slots, and each are quite strong.

Disrupting Radiation Great if you are not using Particle Wave for significantly more CC (since the slow start at the same time as the stun, it essentially only gives 2 seconds of slow with Wave)

AlternateWe can go a much more ability heavy build, and choose which weapon perk to get based on which one we want to focus on for Onslaught. Force is also a good option as Lance does 9000 base damage. 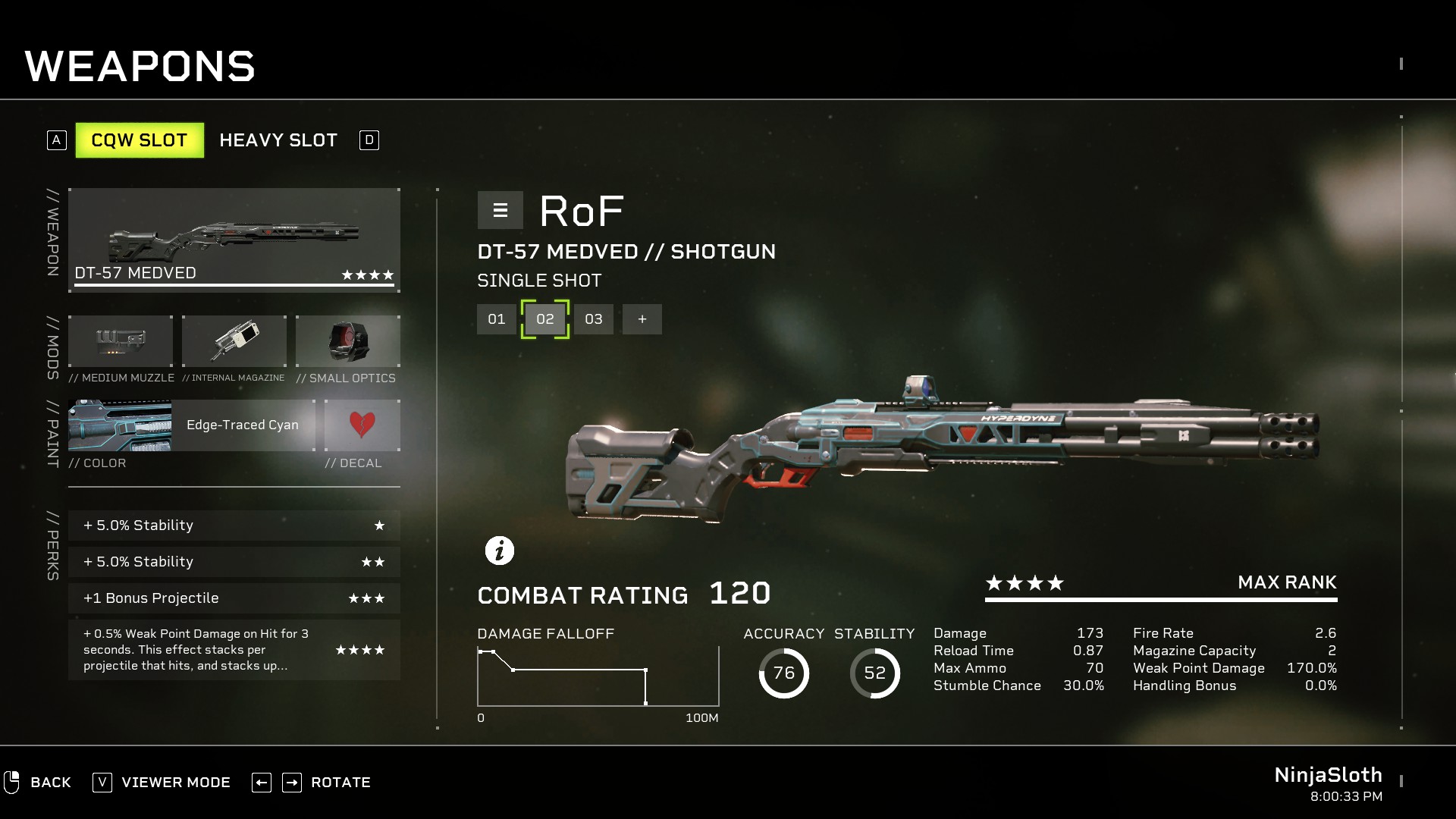 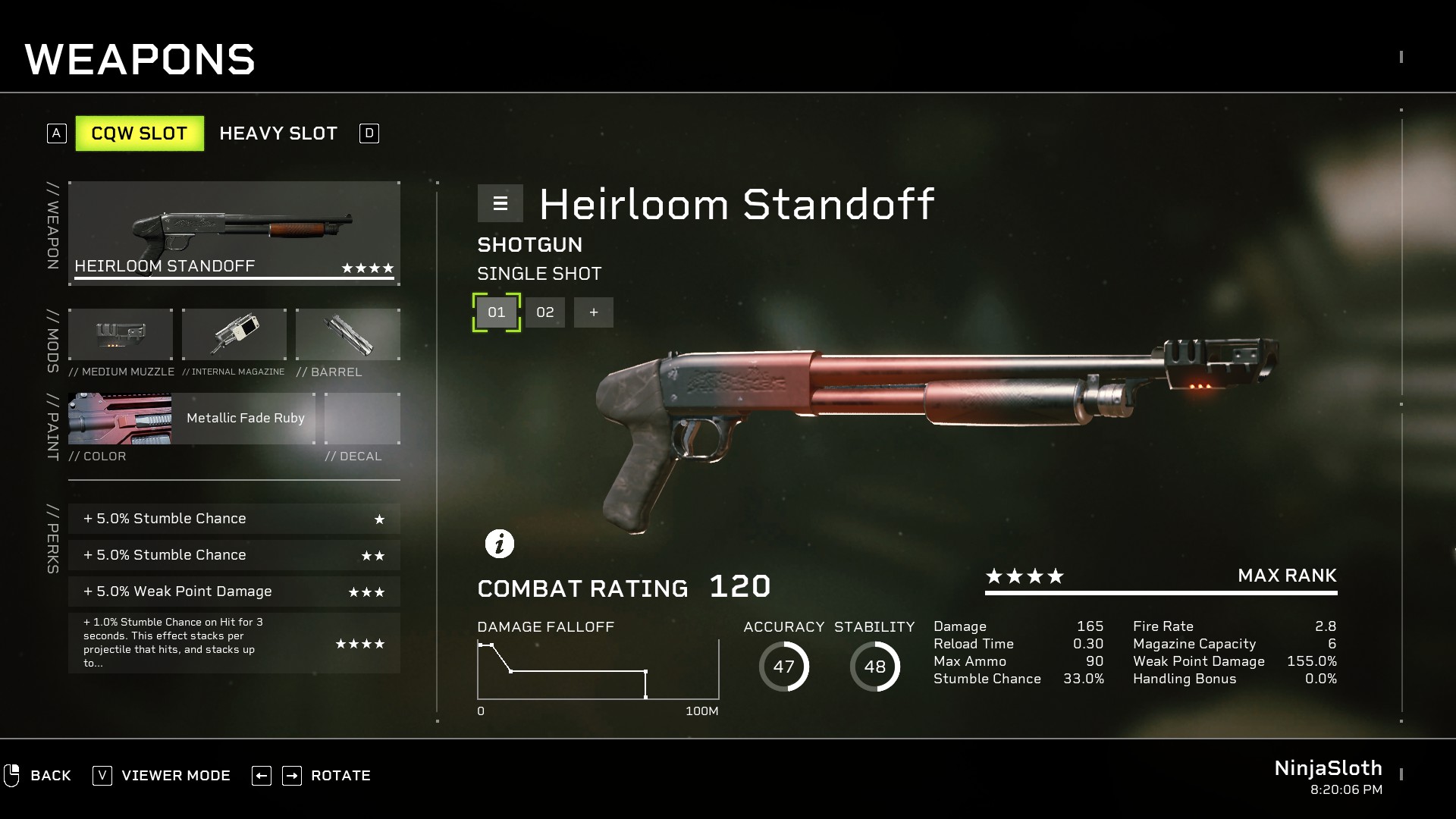 Very well rounded shotgun that can still one shot runners on insane. Strongly recommend this option if you are not planning on using Onslaught often - though I will note this gun is great for Onslaught as well.

Assault Break Since we will be using our Heavy for mob clear, we want max special and Elite DPS.

Rapid Dispersal The best option if you want to mostly use Onslaught for your heavy.

Micro Red Dot Sight You can use this to stack more aim assist if you want.

AlternateHeirloom Mostly consider this if you are wanting to use Onslaught with your CQW more often then not - also take with some additional accuracy perks to make it more usable. 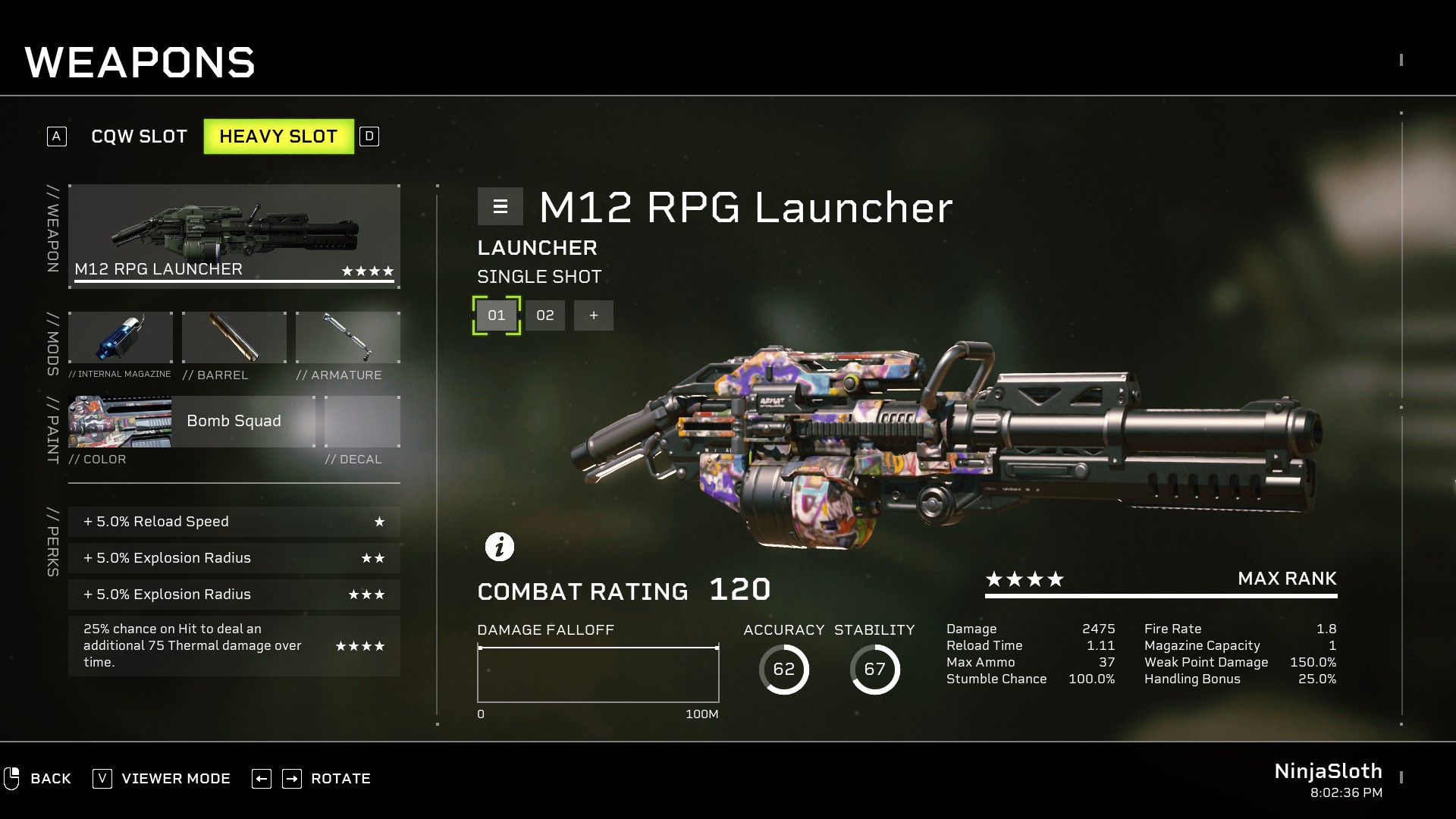 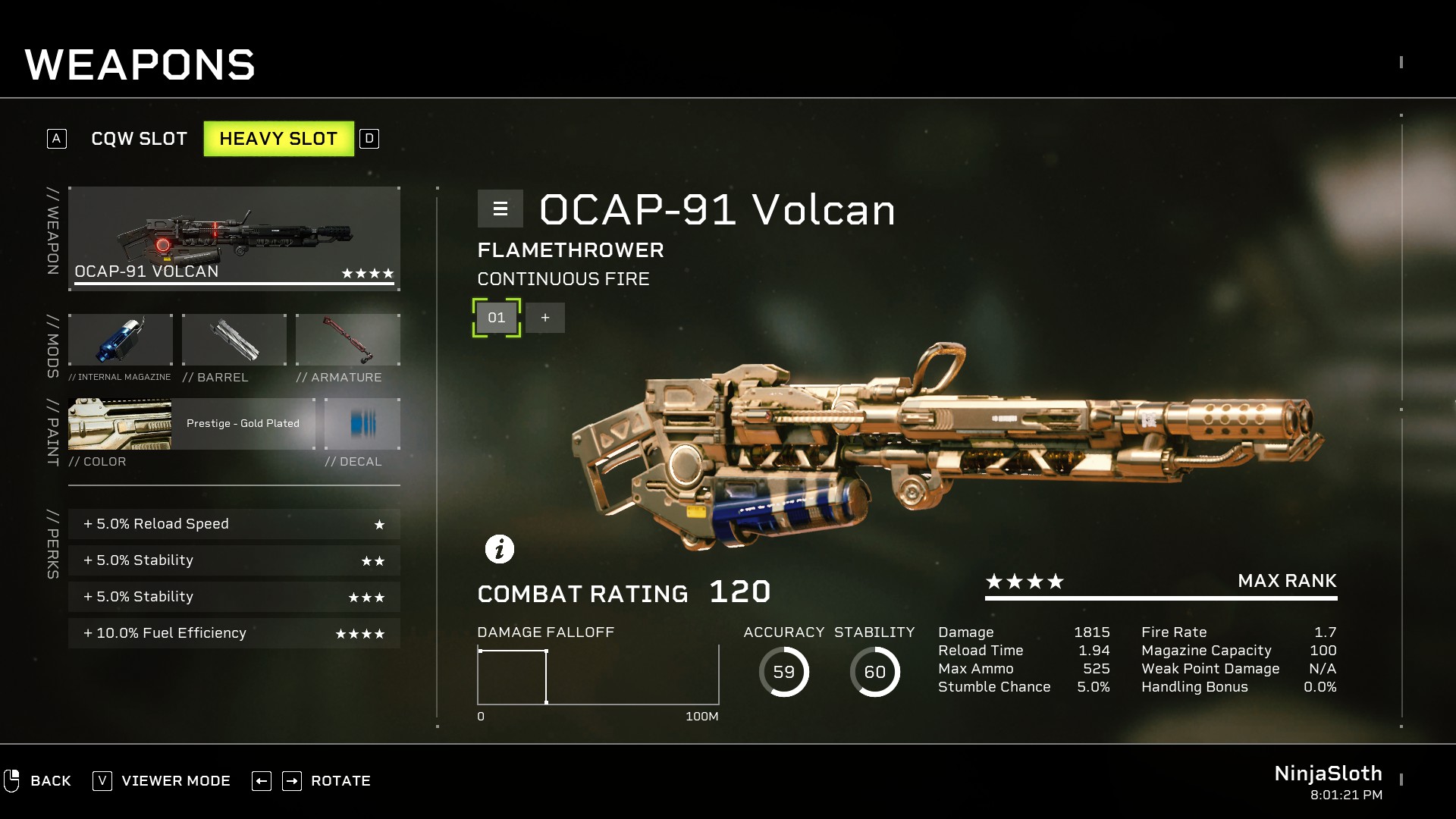 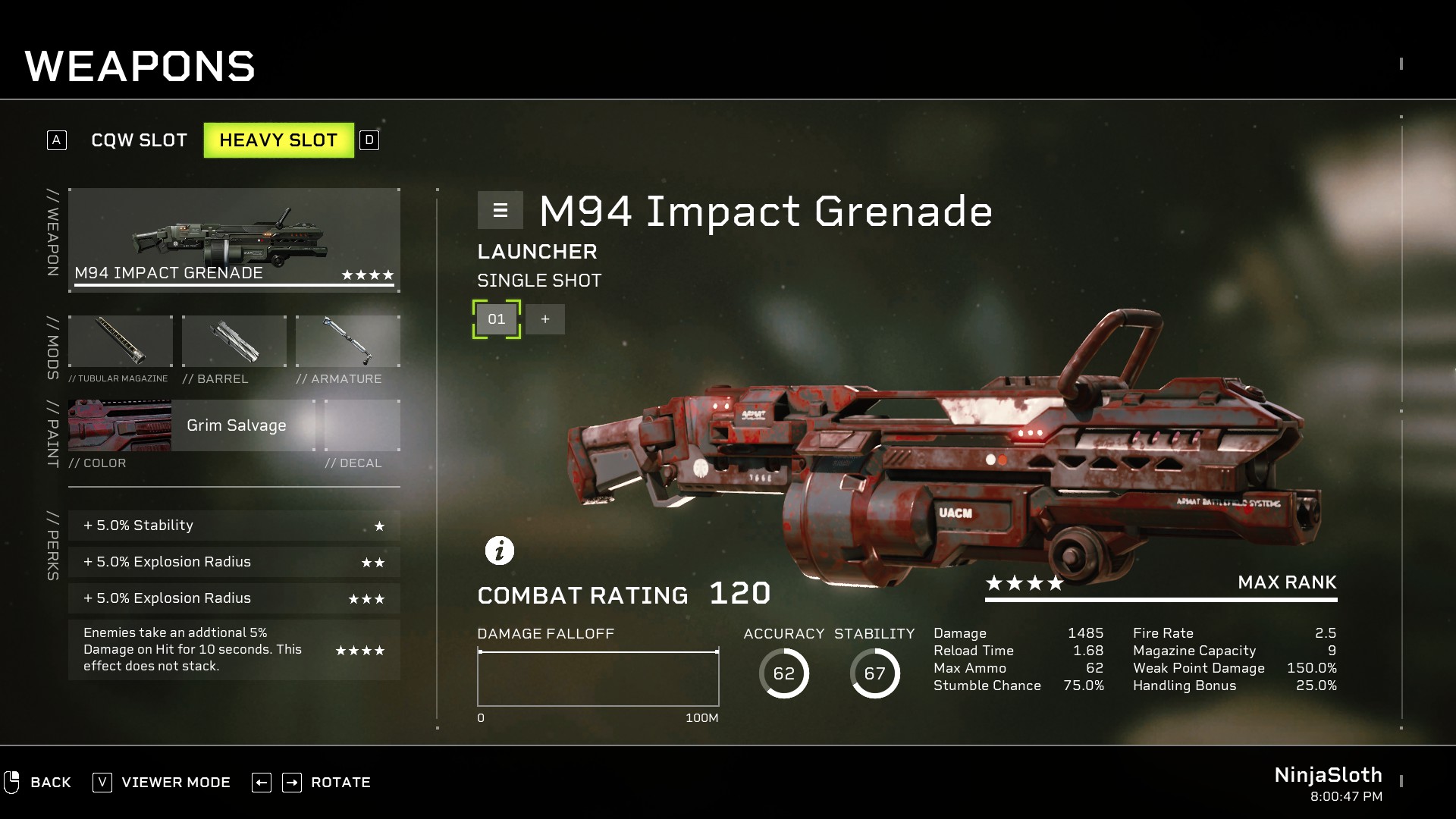 Use this gun is you A: want to one shot runners on elite for maximum fun and B: you are wanting to use Onslaught with your AOE gun.

Polygonal Rifling Is a fine alternative if you are wanting more Special and elite damage as you don't need the 10% damage to 1 shot Runners (2831 damage without Progressive bonus or Onslaught) Which does mean more enemies will live if they are further from the blast.

Max Capacity Armature More ammo, we will really need it. 26 ammo on insane, and we can burn through 19~ during Onslaught, the recon won't keep up with that so we want a large pool.

AlternateVulcan This is an inbetween gun. Because flamers ramp up damage over time, not having to reload is very beneficial, but it certainly doesn't need it like the M12 RPG.

Impact Grenade Doesn't really need Onslaught at all, The extra damage and no reload is nice though.