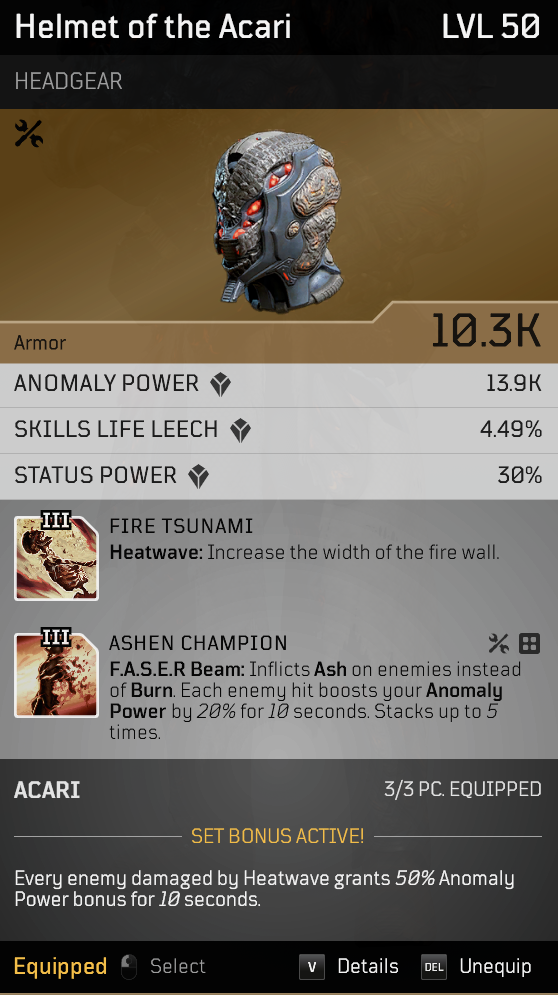 Helmet of the Acari

Fire Tsunami: Critical part of your endgame gear. Widens your heatwave to burn everyone and gives you 50% anomaly power with the set bonus.

Ashen Champion: Mod dismantled from the Helmet of Lava Lich - Very Critical mod as well to synergize burn and ash to setup Overheat. 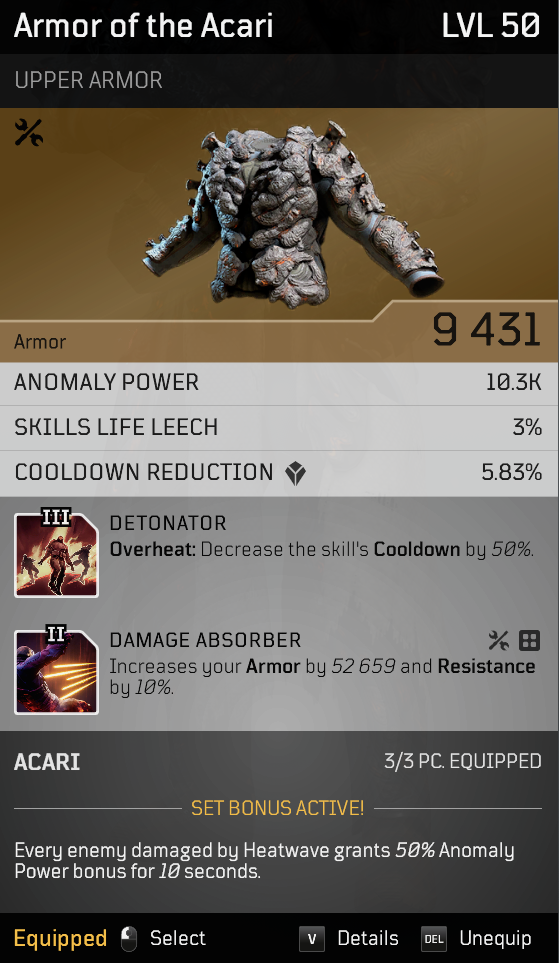 Armor of the Acari

Detonator : Reduces Overheat Cooldown by 50% - basically the cooldown drops down to match with the cooldowns of heatwave and F.A.S.E.R beam.

Damage Absorber: is a must-have. Increases your armor by approx 50k and resistance by 10%. The armor gains from this mod scale with item level. It's very good. 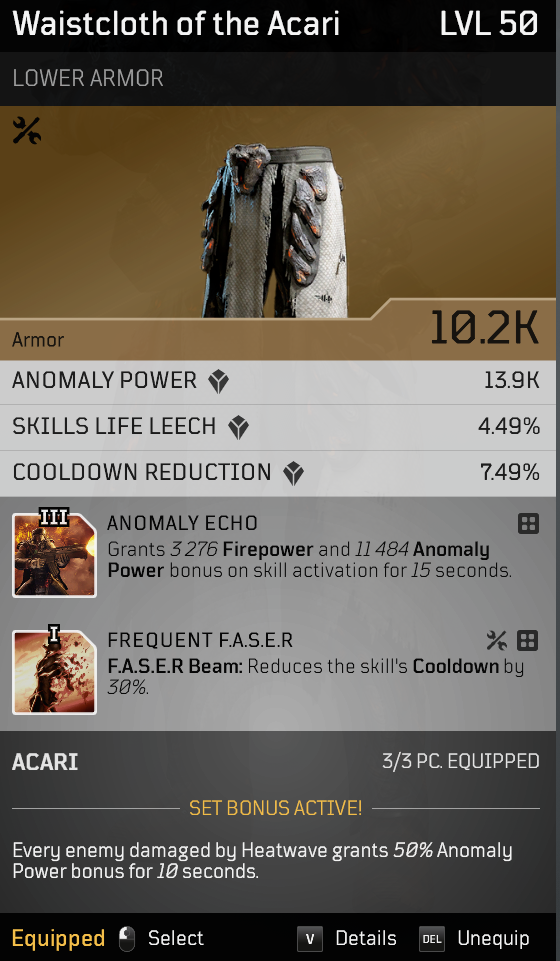 Waistcloth of the Acari

Anomaly Echo : 100% uptime as all your skills are under 10 seconds.

Frequent FASER: is a must-have.Reduces the cooldown of your beam to match with heatwave and overheat. 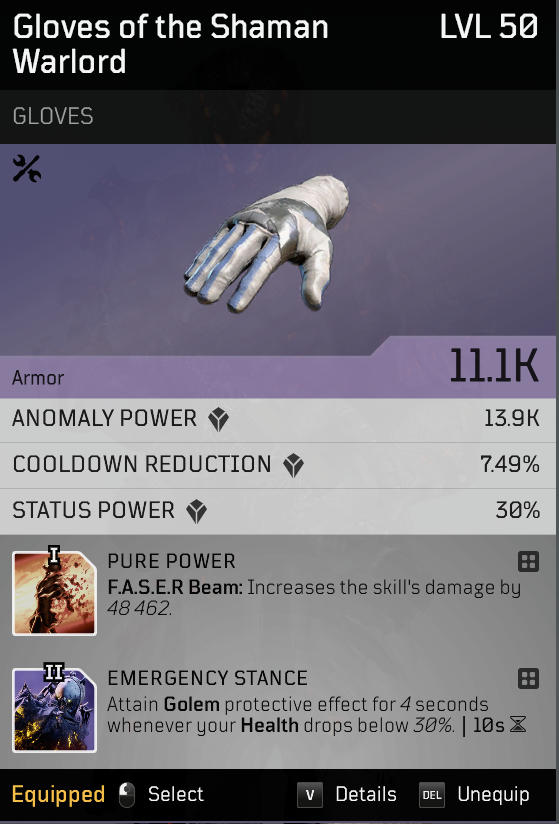 Gloves of the Shaman Warlord

Emergency Stance: must-have.you have a 4 second timeframe to get your health back up by leeching with burn/skills. 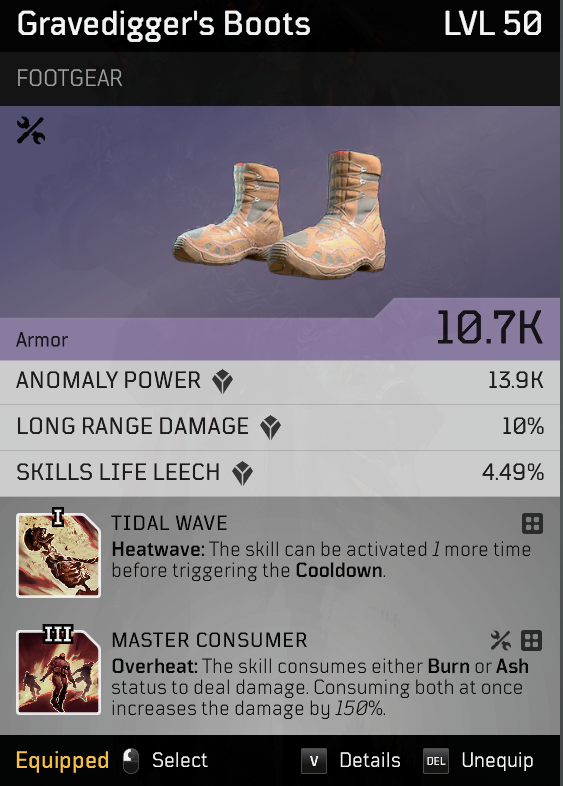 Gloves of the Shaman Warlord

WIP : I plan to swap these boots once i get the right rolls.

Master Consumer: Another Critical Mod. Increases Overheat's damage by 150% when you consume both ash and burn. 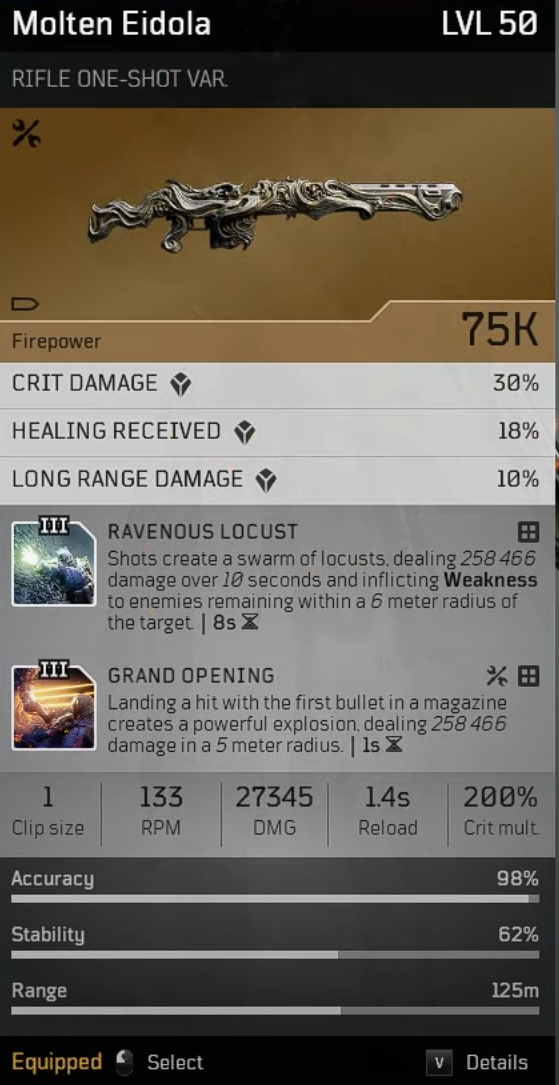 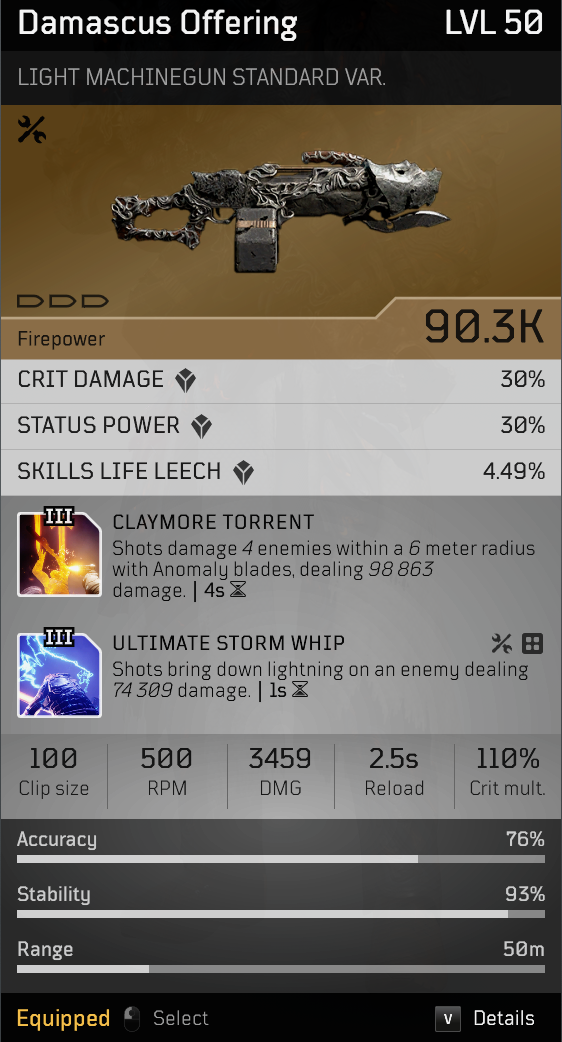 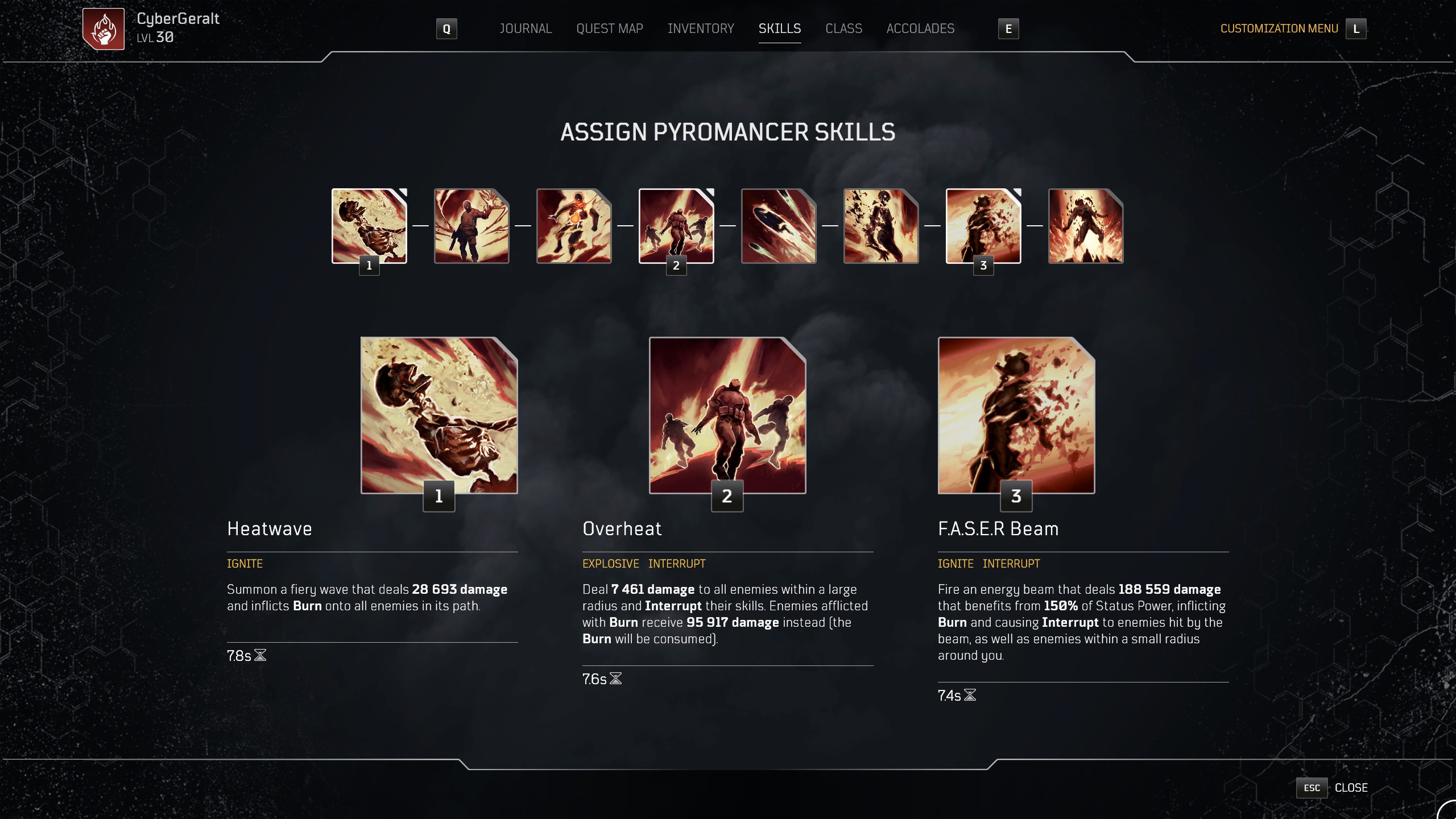 The Set-bonus as mentioned earlier boosts your Anomaly power by 50% for each enemy targeted with the skill.

Ashen Champion : Instead of burning everyone, it will apply ash to all targets

Master Consumer : Consumes both fire and ash to deal 150% damage

Keeping in mind on the above, the rotation is as follows:

Generally for Elites and mobs,

For Mob clear ( since they stay ashed for longer):

So the tactic here is to BURN then ASH and then Overheat to consume both status effects and start the rotation all over again. Rinse and Repeat 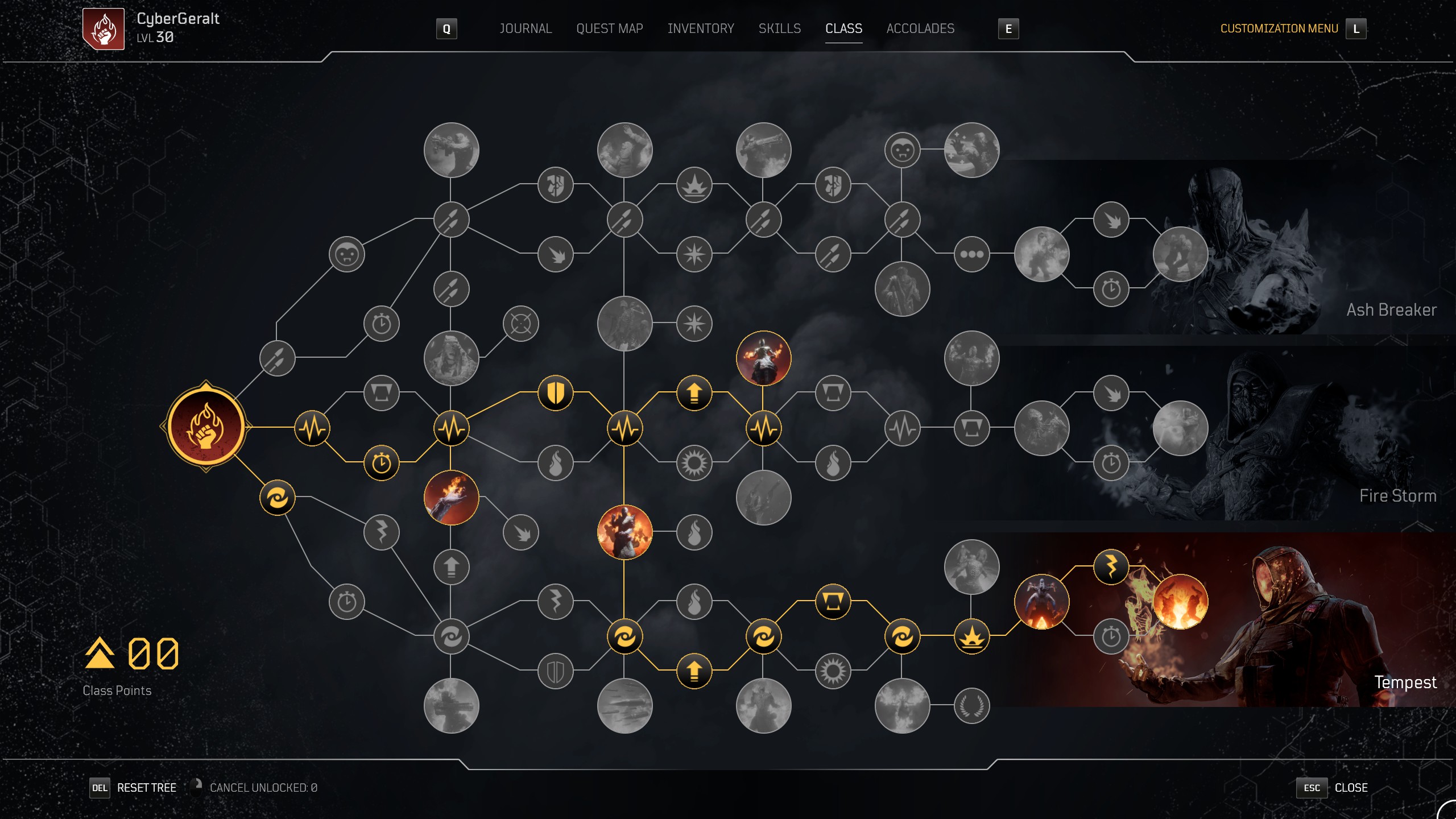 This is my current setup. Might change it in the future - skill leech, health and anomaly power is your priority. 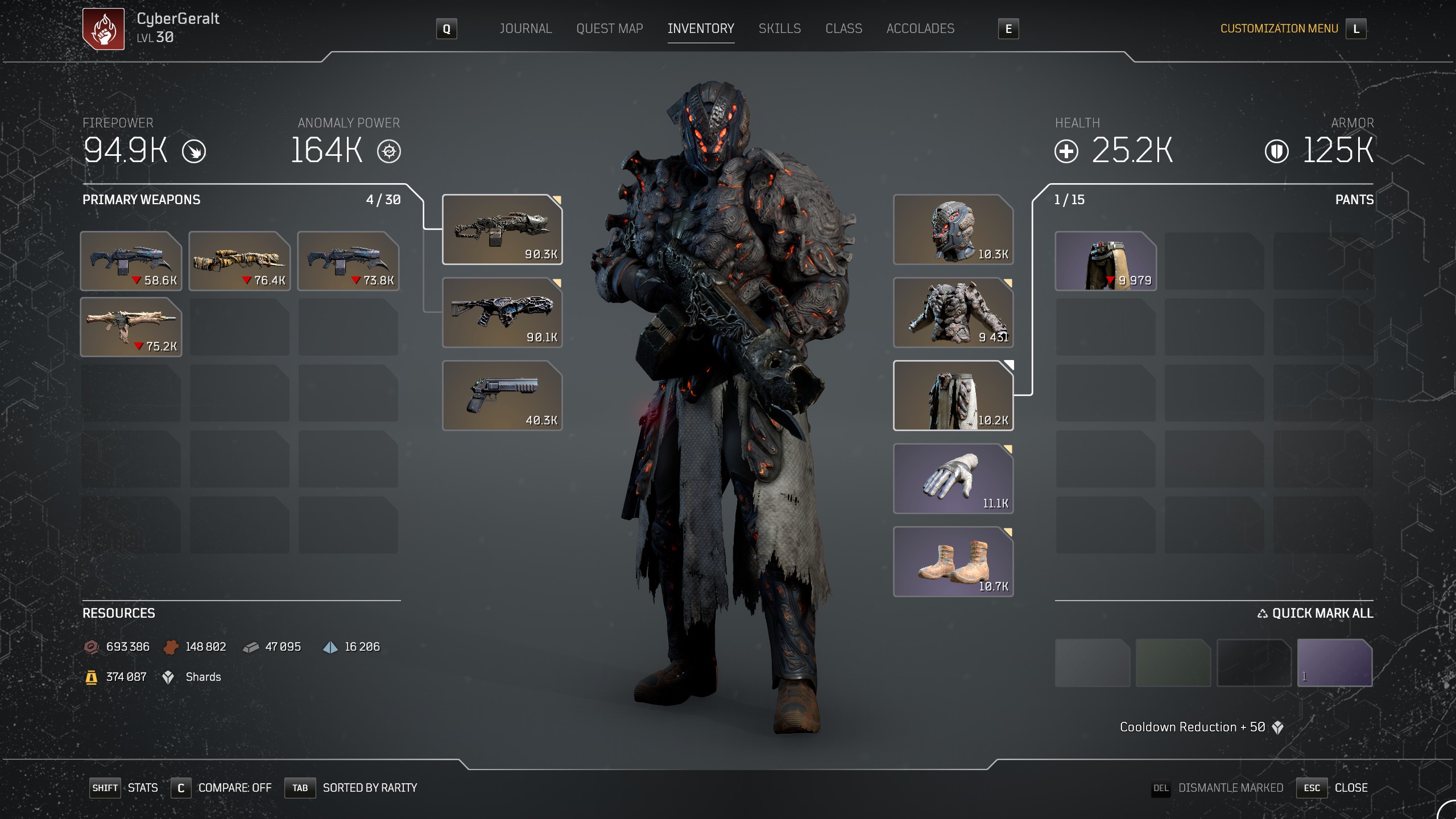 You should have at least one target burning. The Skill leech will always help you rejuvenate when Emergency Stance gets triggered at 30% health. 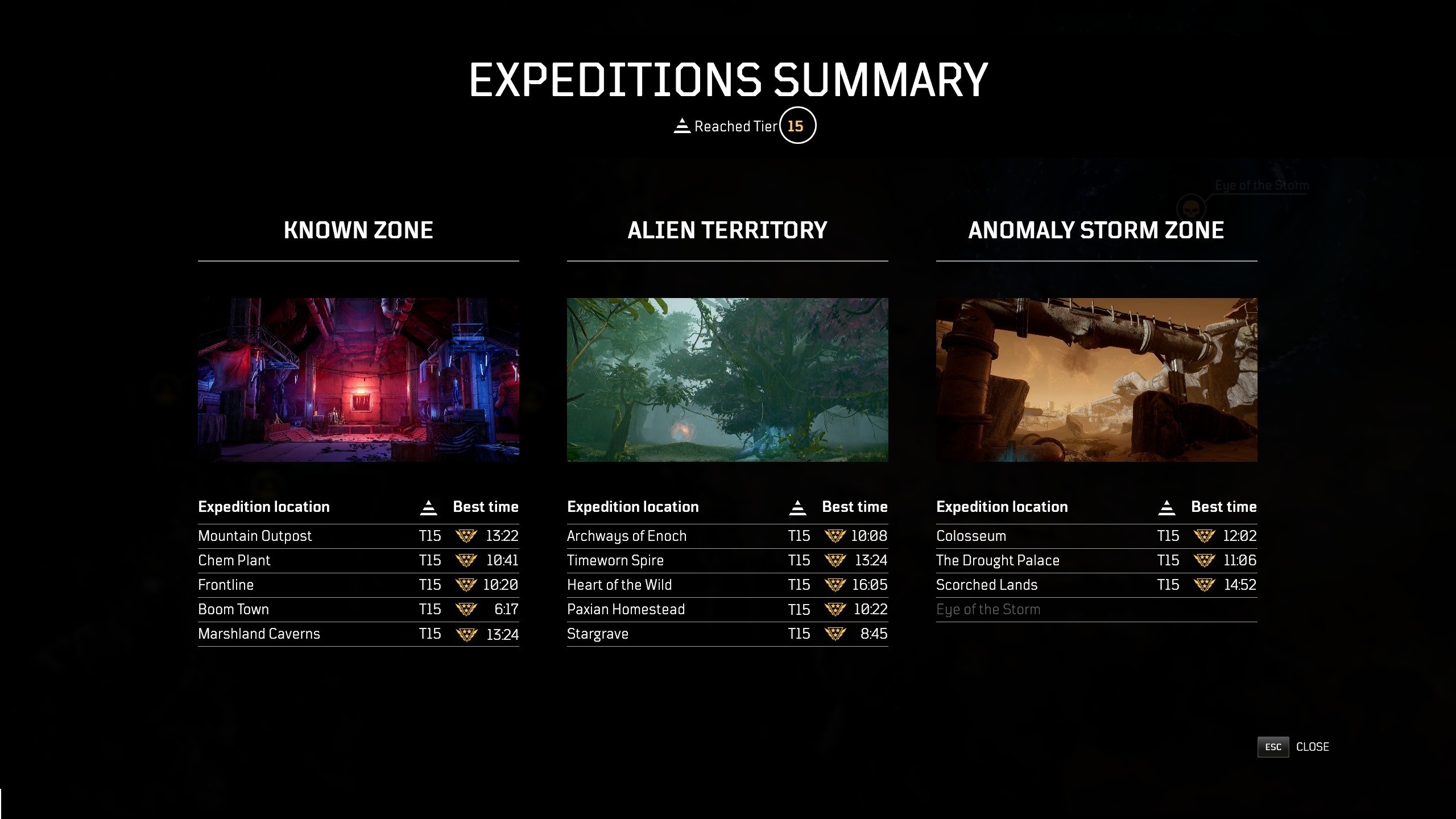 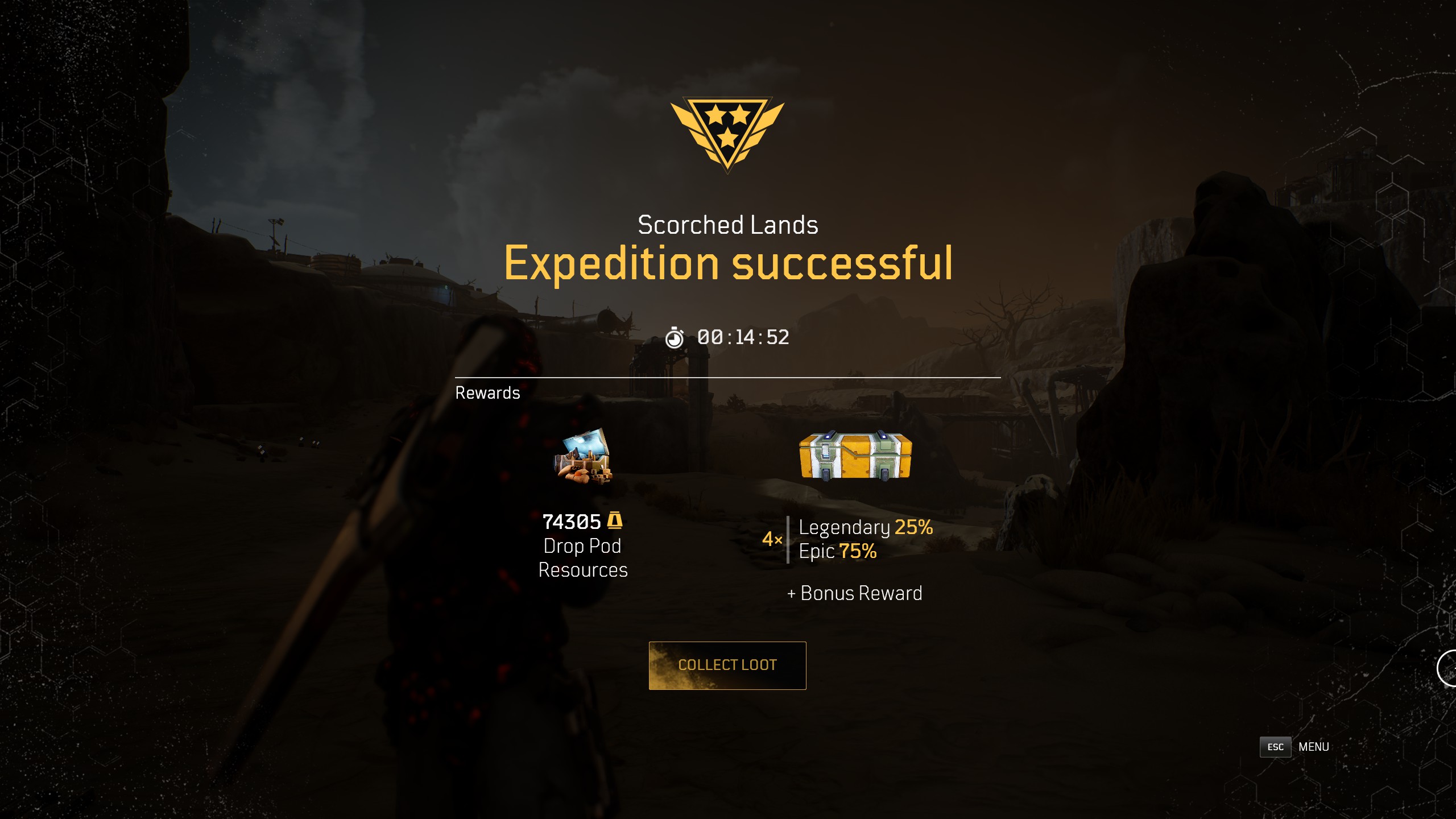 This build is still WIP. I still have a lot of tweaking to do. Will keep updating this guide when i have time. This guide is just to give an idea how the synergy of Heatwave,FASER and Overheat works.

Hope this helps down the line.